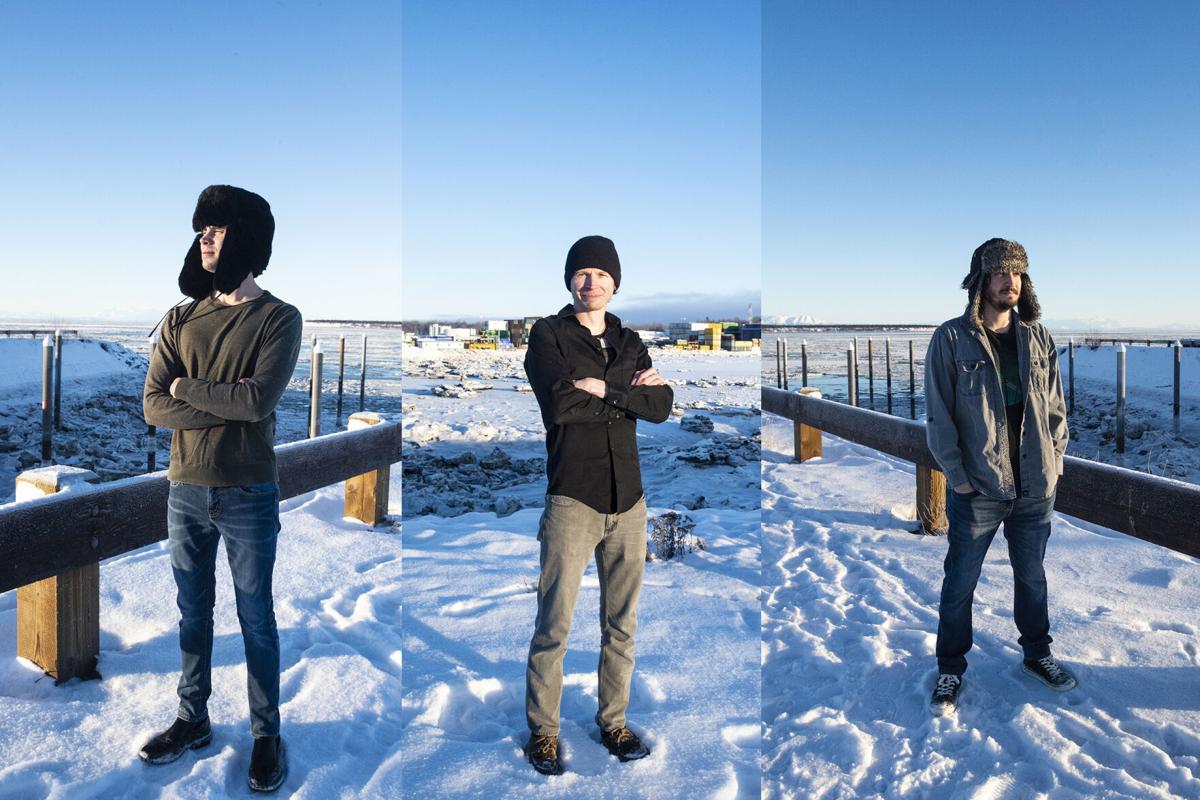 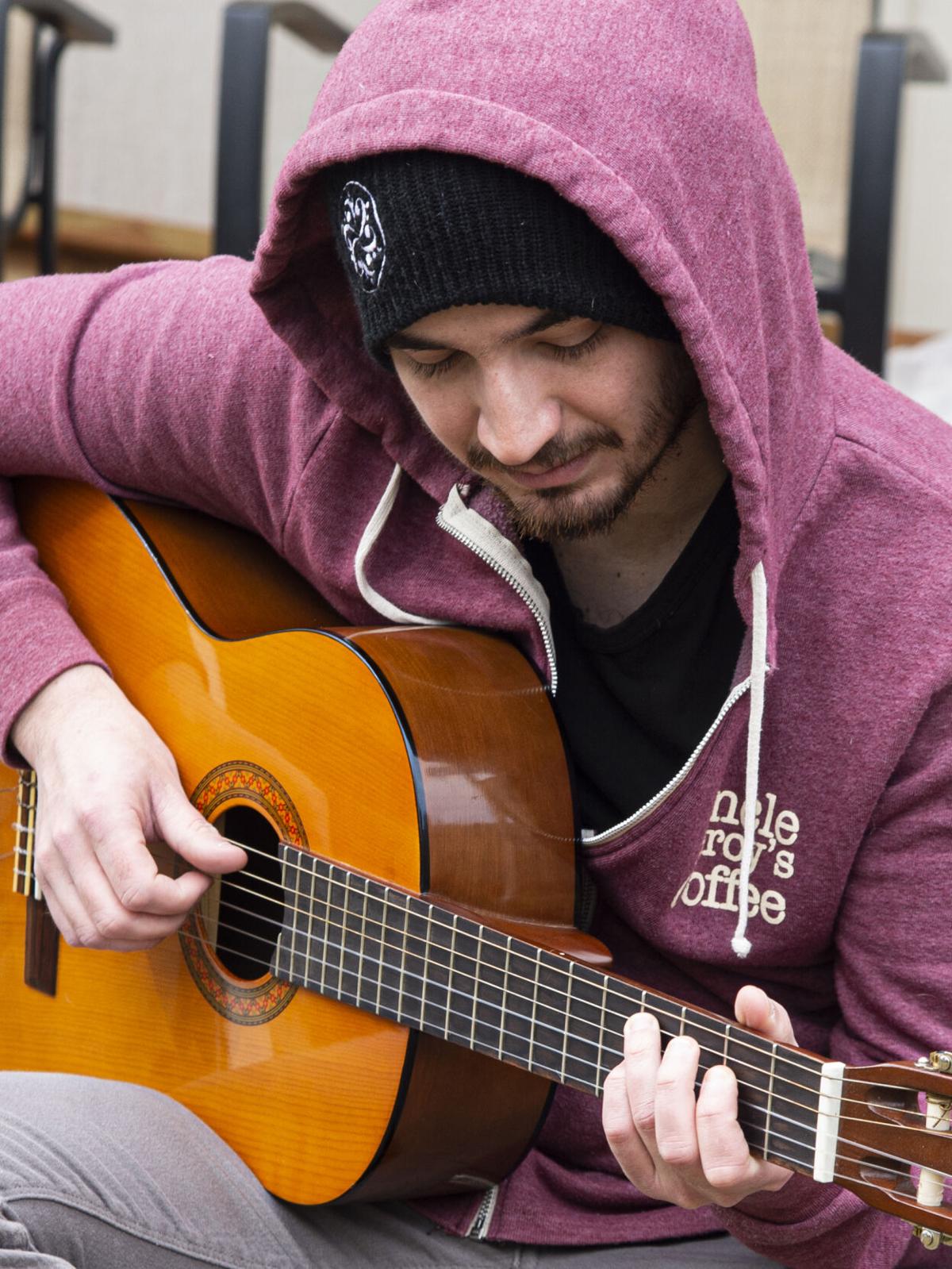 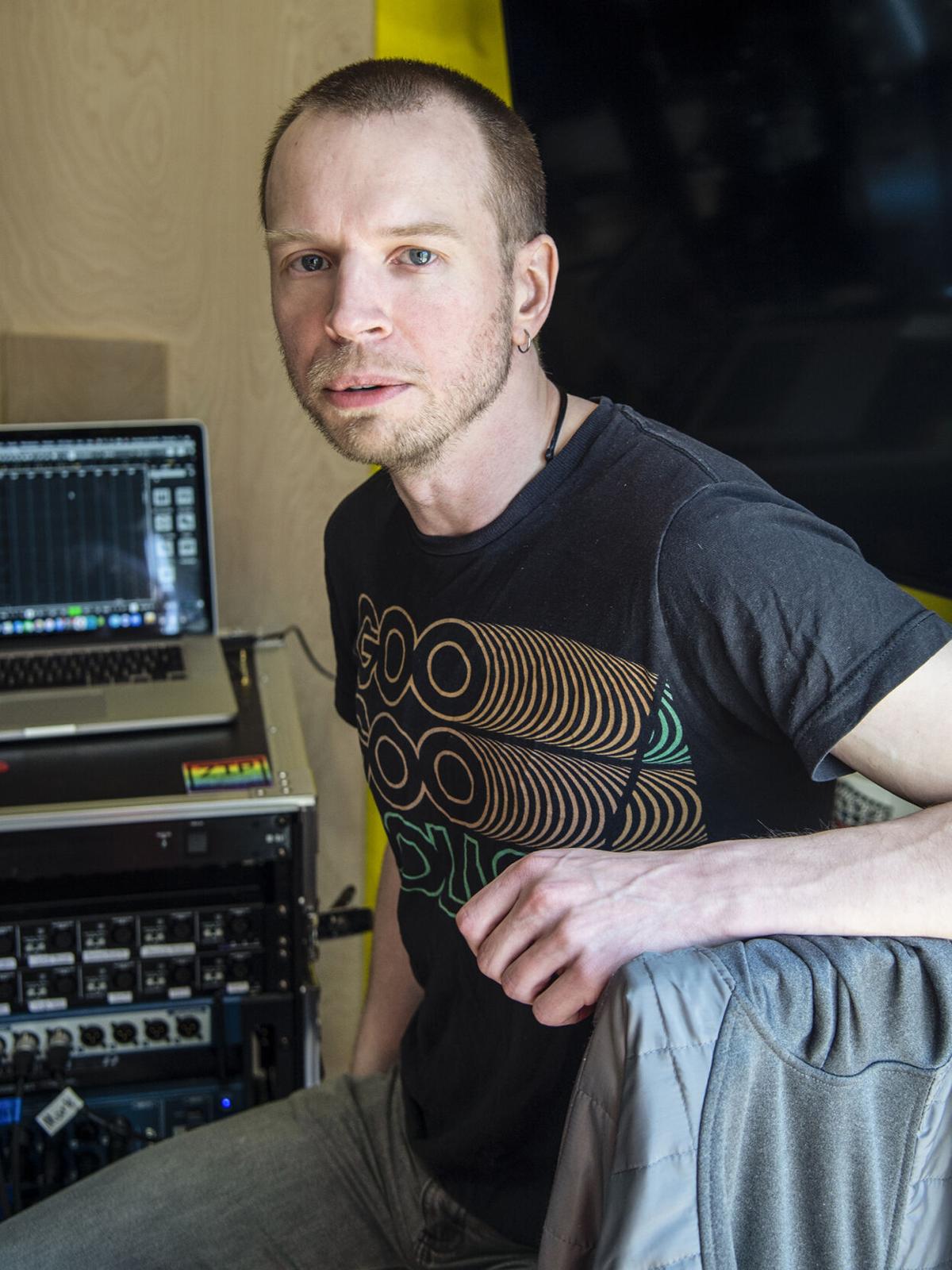 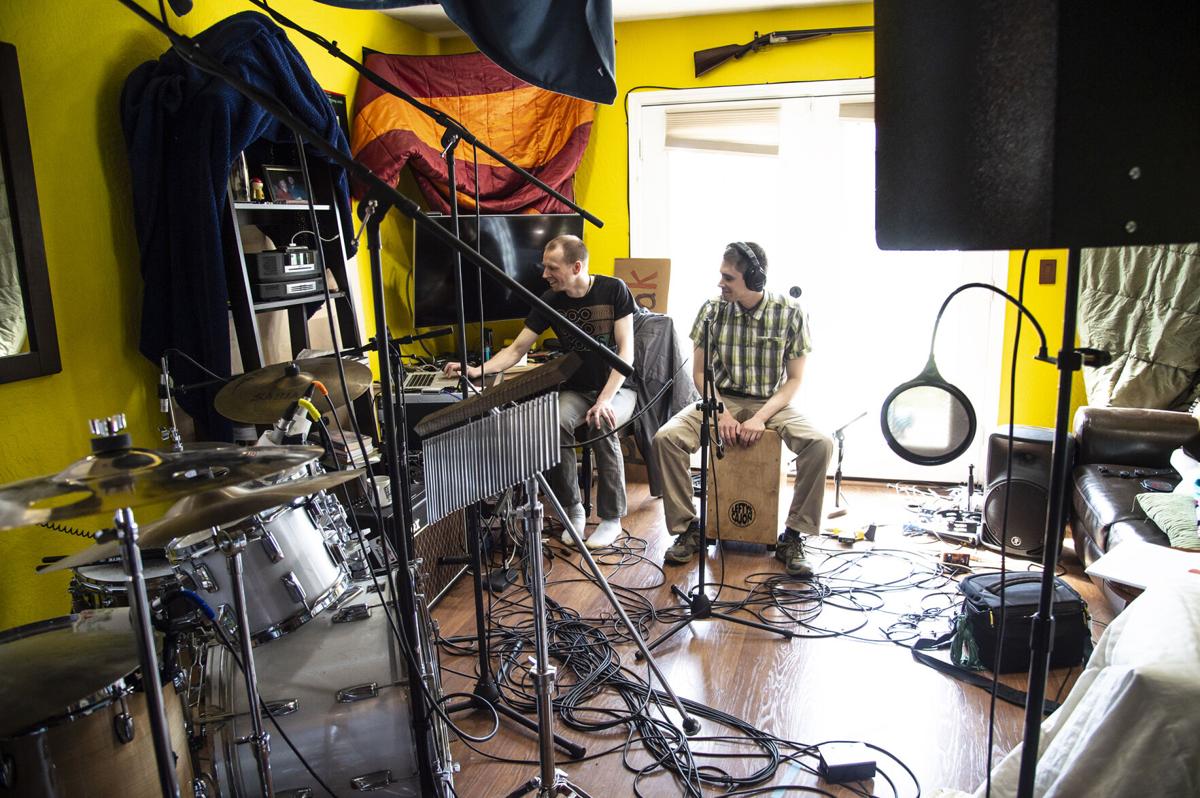 On March 13, Anchorage’s robust music scene died.  Months passed while many of the city’s most prolific musicians struggled to find the motivation to pick up their instruments. Many reasoned that if music is a shared experience between bandmates and their audience, there was no benefit to playing solo. After all, what is a bass line without drums or a beautiful voice without a rhythmic guitar to highlight it? The lack of sound was deafening. In a world more connected than ever, many had never felt more alone.

It was under these unprecedented circumstances that an unknown band produced one of the best rock albums to ever come out of Anchorage.

Ironically recorded during the lightest months of the year, Photonak’s debut album, ‘Tempered’, artfully taps into the darkest feelings of isolation, self-doubt, and failed relationships. It is the quintessential alt-rock response to a year that has been marked by sky-high unemployment numbers, illness, and financial ruin. But like most praiseworthy albums, there is a longer story full of plot twists and tragedy—few of which have ties to the year we would all like to forget. Truthfully, the album is 17 years in the making.

On December 17, 2003, a 17-year-old Egger was in a car accident that left him with a traumatic brain injury (TBI). His short-term memory was nonexistent, and he was a shell of the person he once was.

“I felt like I was like beating my head against a brick wall because everything felt it was like impossible. When you’re healthy, you take things for granted with your brain. I kind of think of it like it’s an automatic transmission in a car—[the engine] just does its thing, and when the accident happened, it was like it transformed into a manual transmission with a terrible clutch,” explains Egger.

For the next five years, Egger slipped into a debilitating depression as he tried to cope with the reality of a life derailed. According to the Mayo Clinic, a TBI patient’s risk of developing depression is two to five times higher than the general population due to physiological and psychological changes in the brain.

“I used to just sit in a closet and journal, and it was really depressing journaling. But I felt like I needed an outlet to get the emotions out because I was not in a good spot,” Egger says.

For a time, writing helped to stabilize Egger, but after two years of scribbling in a journal, the effect had dissipated, and he needed to find another pathway forward. He had unsuccessfully tried to learn guitar before his accident, but remarkably, in the wake of his brain healing itself, he had developed an ability to recreate sounds.

Using what he describes as an “intuitive perception,” Egger taught himself how to play. He couldn’t read music, but he didn’t want to. He wanted to use alternative tunings that sounded pleasing to his unique ear.

“Music became the one thing that could bring me happiness,” recalls Egger.

By the time he graduated from Michigan Technological University with a Mechanical Engineering degree in 2010, he had amassed enough material for several albums that would never see the light of day.

Over the next four years, Egger would settle into his life as an engineer and moonlight as a musician with several now deceased bands.

Meanwhile, a 17-year-old Cuban immigrant living across town was shyly learning how to play Nirvana’s “In Bloom”.

“I’d never played before, but I asked my parents to buy me a guitar so I could learn how to play the song. I know most people start out with ‘Smoke on the Water,’ but I started with the song that made me want to be a guitarist,” says Daniel Capote.

With his Squier Classic Vibe Telecaster and a cheap amp, Capote watched endless YouTube videos to learn fingerings and chords. Capote was a quick study, but self-doubt kept him from taking his music outside of his bedroom. It would take four years for Capote to take the inevitable next step with his music.

“Well, I wrote a Craigslist ad looking for other musicians,” laughs Capote.

Although there were no mentions about long walks on moonlit beaches, Capote’s ad was answered by a bassist named James Perryman.

“Initially, I was asked to join a doom metal band, and when I told him wasn’t really into that, he invited me to join his solo project, Cryptic Chameleon,” says Capote.

Through playing with Cryptic Chameleon, Capote became close with the project’s drummer, Russian American Mark Glasionov. Their friendship made them the perfect two-for-one for and Egger quickly invited them to jam after seeing a performance at the now-defunct Taproot.

The pilfered duo was the perfect complement to Egger in sound and manner.

“We mostly played in the closet. Like, we didn’t have a lot of shows. We had really good stuff but didn’t know how to get out there and present ourselves, so yeah, I would call us a closet band,” says Egger.

After three years of playing for no one, Egger’s dream of Photonak nearly died in 2017.

“We just kept getting busy with our lives. Mark was thinking about moving. Daniel was engaged and was going to leave state. I was working on my professional engineering license. So, I just went to the guys and said, maybe we should just take a break,” says Egger.

The band mostly lost touch as life raced by, but their connection was never altogether lost. In 2018, with love hanging heavy in the air, Photonak reunited at Glasionov’s wedding.

“I remember Daniel just sitting next to me at the wedding, and I was so surprised he was still in AK. As we watched Mark doing his wedding photos, we both felt this kind of nostalgia. Like it was time that we tried things again,” recalls Egger.

In need of a bassist to round out their sound, Photonak reached out to Russian bassist Alina Markina who was studying music at UAA with Glasionov. The soft-spoken Markina was just the spark that Photonak needed. Upon her prodding, Photonak began to finally record the songs Egger had penned a decade earlier.

“Really, Alina was the driving force behind us finally trying to put our music out there. She believed in the band and knew we could do something special,” says Egger.

Sadly, only two months into recording, budget cuts at UAA forced the band’s matriarch to move across the country to Chicago to keep her student visa intact. It was a significant blow to Photonak’s momentum, but it would pale in comparison to what would come next.

Photonak had hardly begun recording when COVID-19 shut down the world. And if it wasn’t for the mechanically minded brain of Egger, the hunker-down orders were a blow that could have spelled the end of the band.

However, Egger had already dealt with adversity, and he was determined to beat the odds again. With pillows and sheets nailed to the walls, Egger created a makeshift recording studio in his living room. With only enough spare room for a small computer desk, Capote, Egger, and Glasionov delicately navigated through the gaggle of mic cords and instruments to record their individual song parts. Markina recorded her parts remotely.

“I definitely recorded some of the parts like 40 times just to make sure I got them exactly right,” Egger says.

“The key to the whole thing was unlocking the potential, the core of their tracks and what they gave me to work with was great. I’ve been listening to the album on repeat and honestly, I would put it in the top ten albums that I’ve worked on. It’s ascended past a gig that I’ve done and become an album I wish I had discovered,” explains legendary Anchorage sound engineer Kurt Riemann, who co-produced the album.

17 years to the day, an accident changed the trajectory of four people’s lives. Undoubtedly, December 17, 2020 will become a day that impacts many more lives as Photonak’s debut album is released into the world.

Photonak’s album, Tempered, will be released on December 17, 2020 on Bandcamp, Apple Music, iTunes, and Amazon Music.