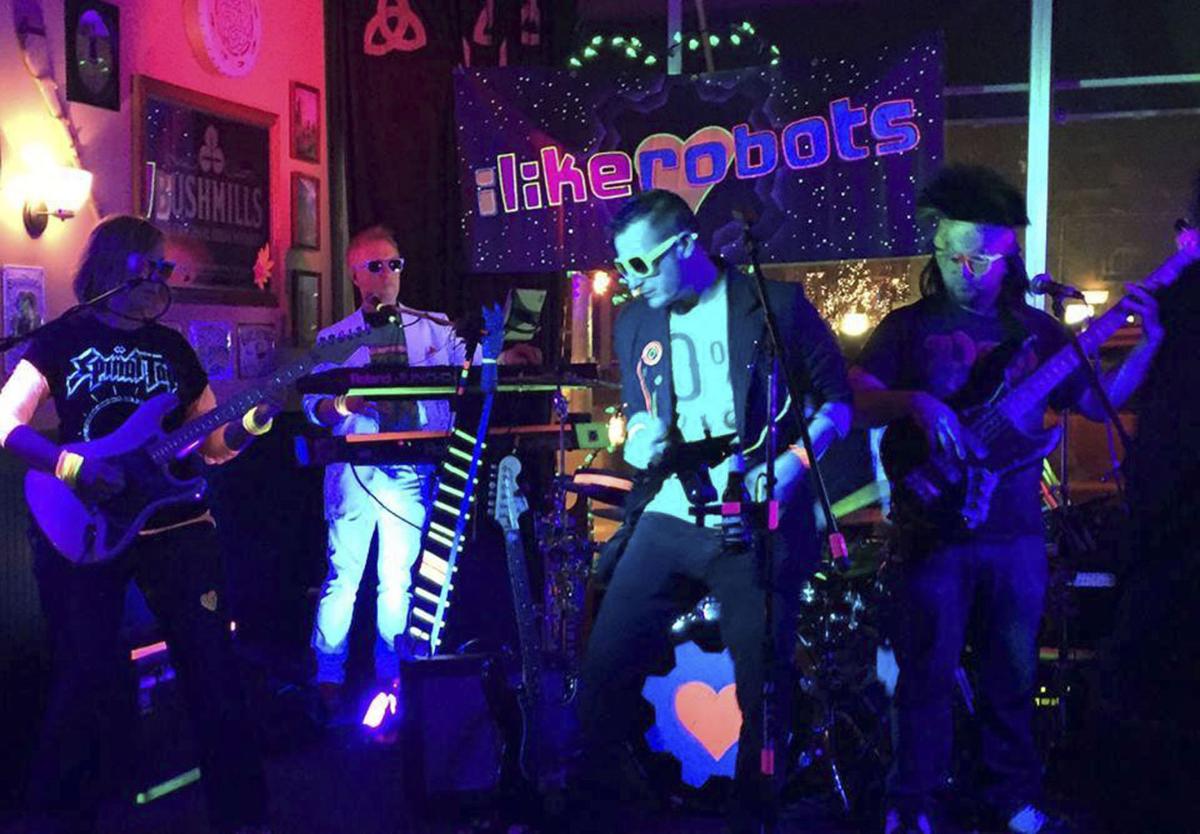 You can’t listen to I Like Robots without wanting to at least tap your feet or dance in your chair. 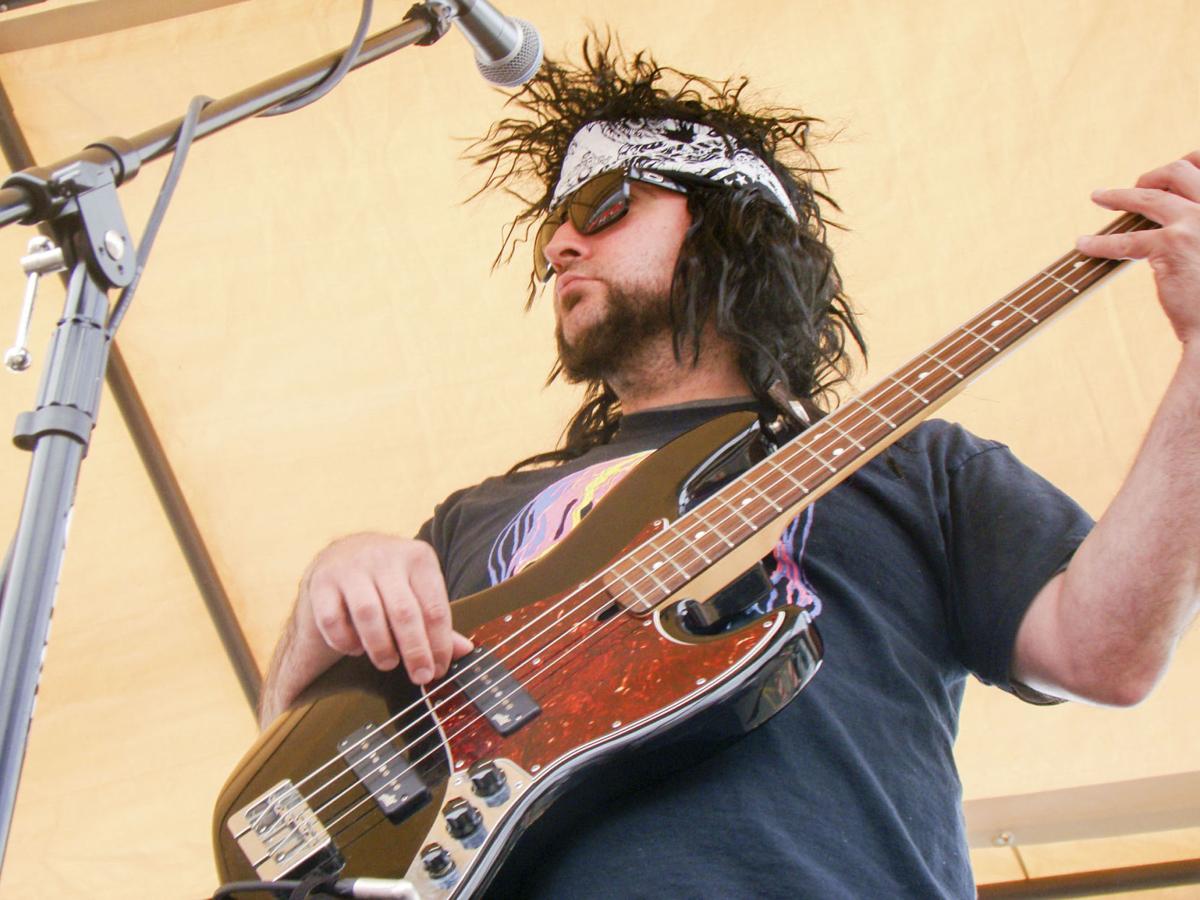 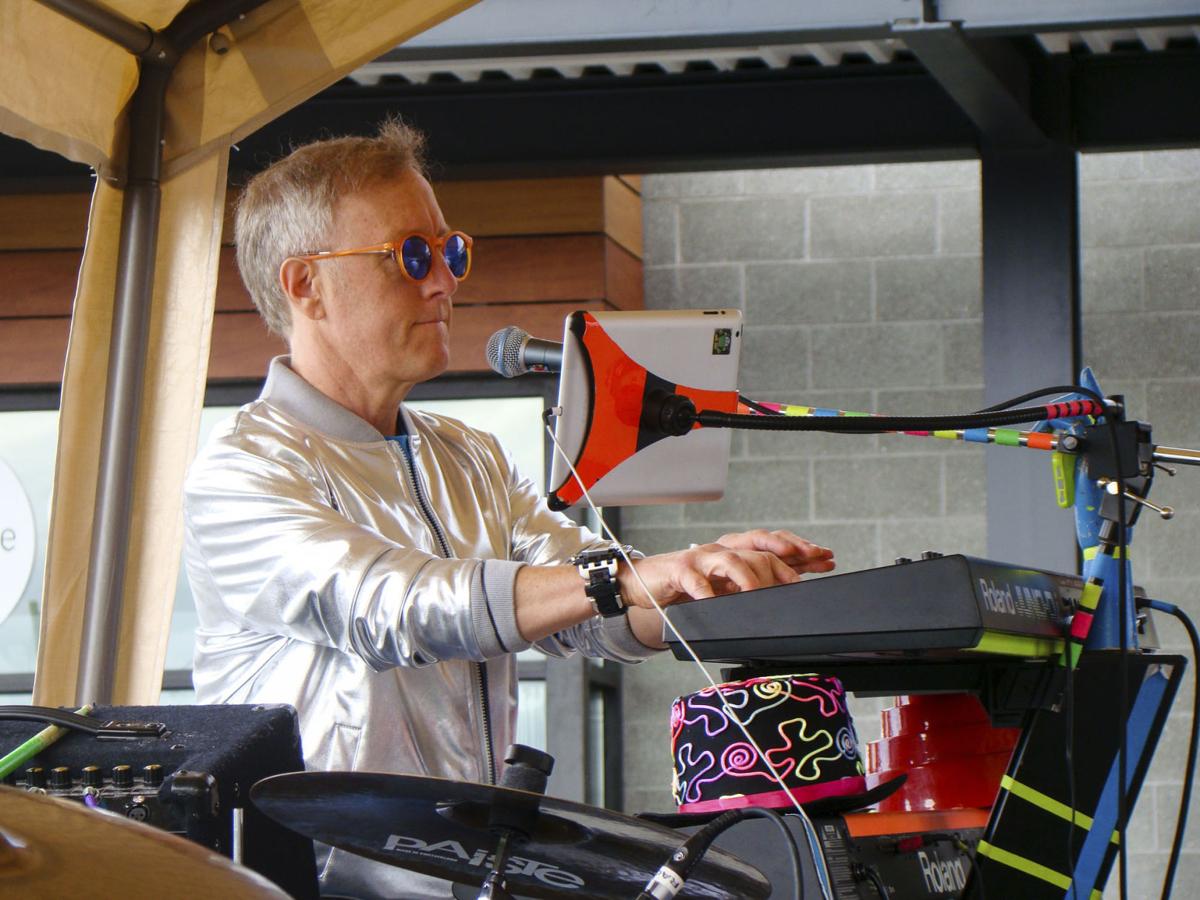 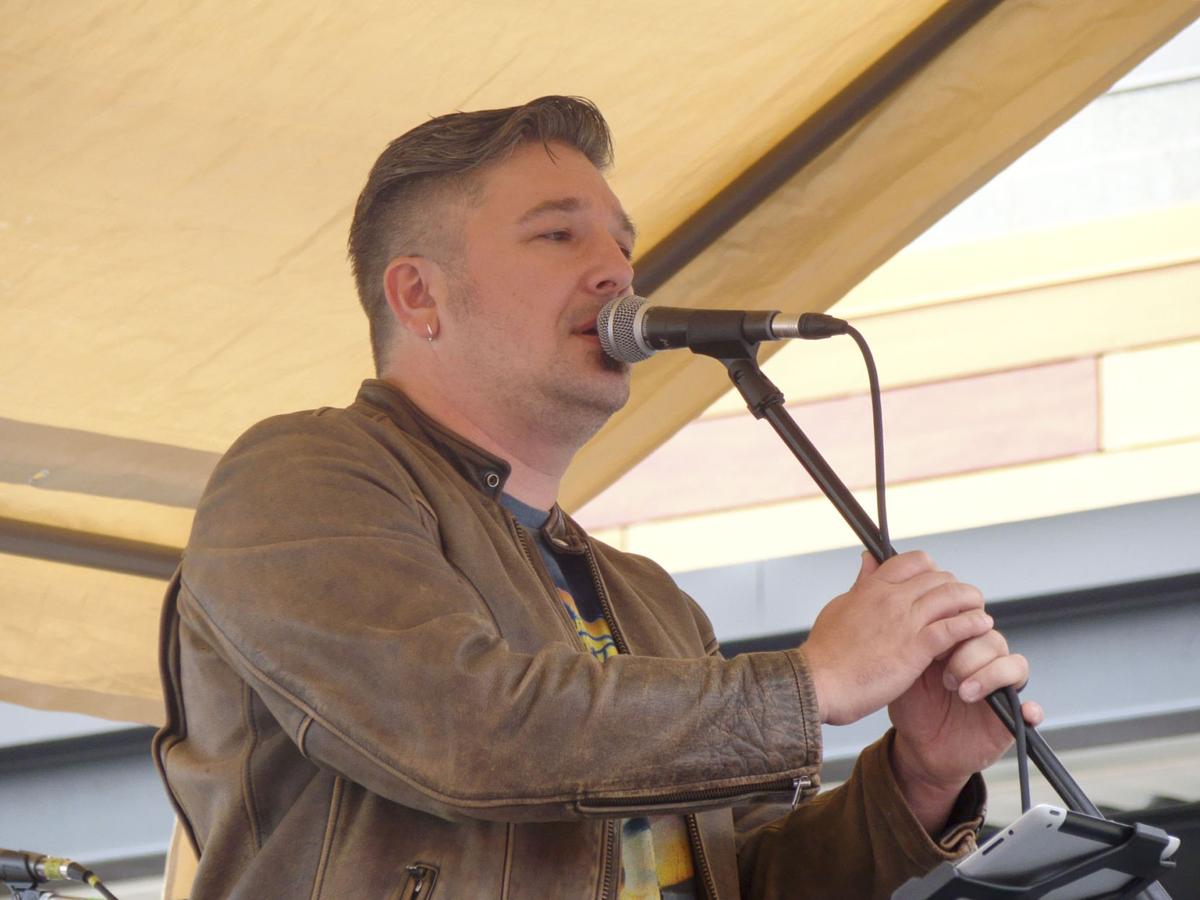 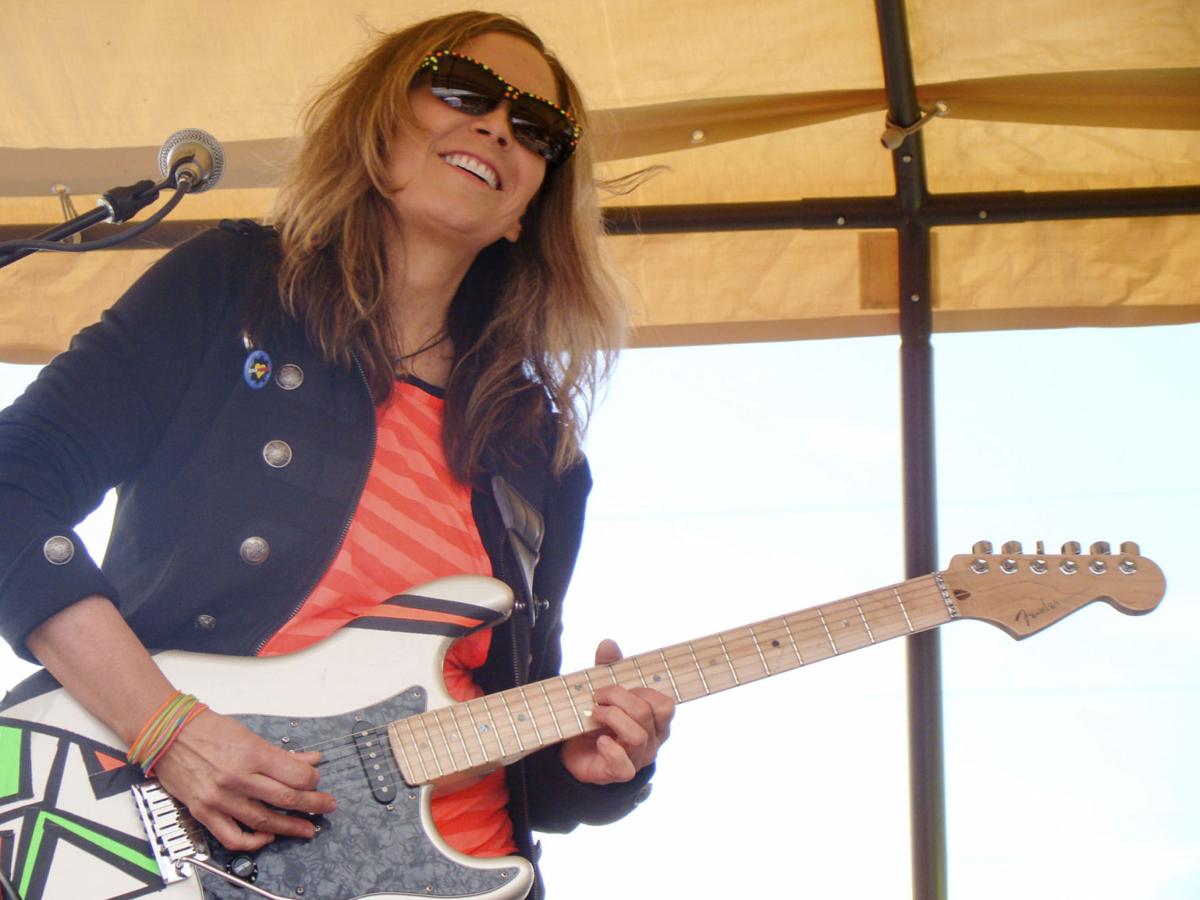 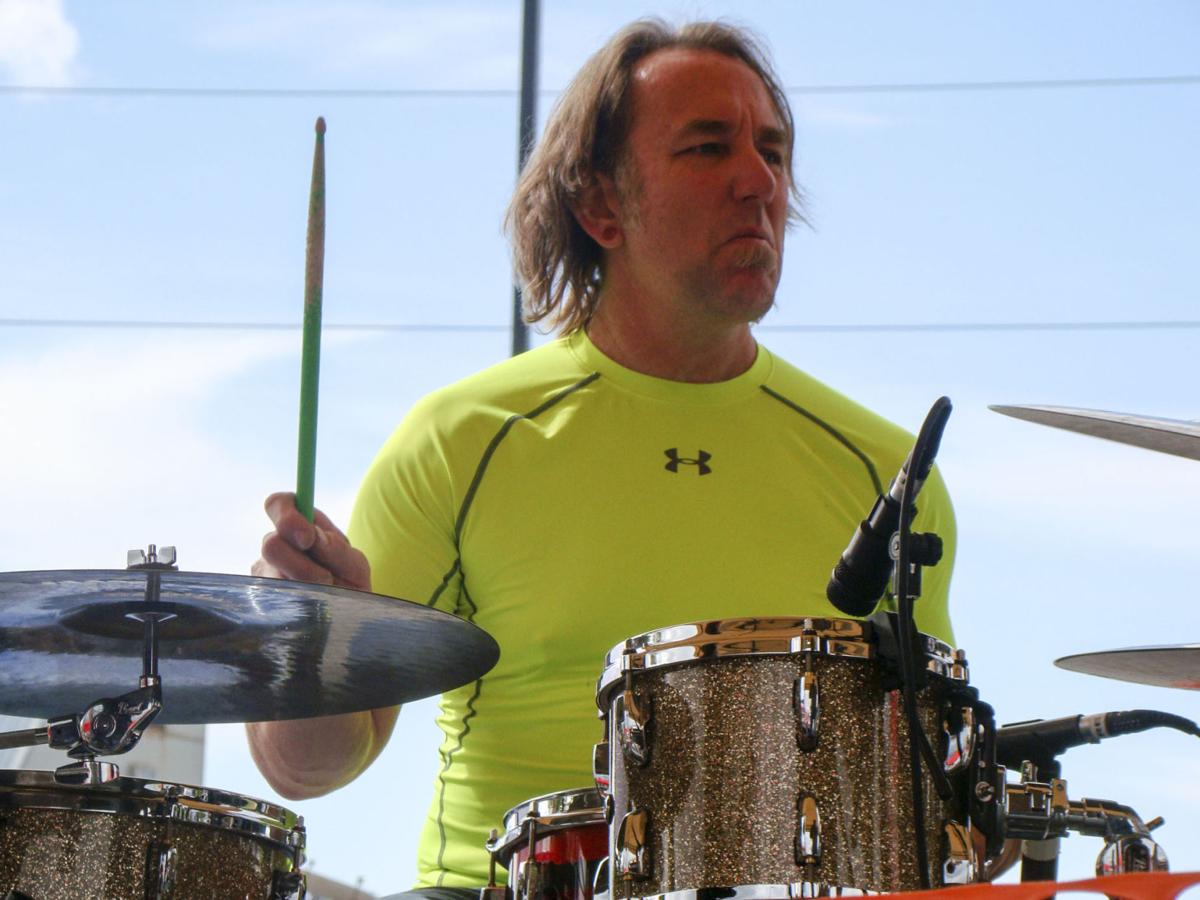 You can’t listen to I Like Robots without wanting to at least tap your feet or dance in your chair.

I Like Robots is taking the stages of Anchorage by storm.

With a focus on a well-produced live sound and hot neon visuals for their ‘80s-centric sets, this five-piece has only been together for three years – a fact that belies the tight workmanship of the all-star line up that makes up this supergroup. You can’t listen to I Like Robots without wanting to at least tap your feet or dance in your chair. Most likely, though, you’ll get your butt off of your barstool and dance a bit, as soon as the music hits your system (perhaps with a shyness-dissolving drink or two). Having just totally rocked the rad SoLo block party in the South restaurant parking lot this past weekend, I Like Robots is headed next to Williwaw to fuel a dance party this coming Saturday night. You’re guaranteed to have a good time, unless you hate fun. You don’t hate fun, do you?

The membership of this rad five-piece has settled down of late, said Robb Rood, the drummer with the best ‘80s-sounding name. Singers Justin Somaduroff (Nervis Rex) and JJ Tranquila (Stuck in Reverse) rotate through the front man duties, while Lisa Ballard (Woodrow) keeps the guitar parts bitchin’. Greger Wright plays totally excellent synth and keyboards — a must for any of the new wave tunes of the era. Christian Woods (Woodrow, City in Ashes) holds down the totally tubular bass lines and Rood smacks the skins, of course. He also admits to chucking a drumstick at band members when they make mistakes. “I can see them clench when they screw up; they know I’m gonna toss a stick at them,” he told me.

Rood has been playing for a while now; his roots coming from the Baltimore scene. He plays in both original and cover bands here in Alaska. While he enjoys both experiences, he leans toward the latter type of music-making. “It’s just more fun. I got tired of playing my heart out with original tunes and no one paying attention to us,” he said. “You can play ‘Dancing With Myself’ for the one-hundredth time and people will dance to it.” The paycheck helps, too, he added, laughing.

Ballard agrees that cover bands — especially this one — are a ton of fun. “Most of us have played in, or still play in, original bands,” she said. “I enjoy playing in both type of bands and have made a living most of my life as a musician. It's all I’ve ever wanted to do, and I’m just driven to play as long as I'm enjoying the music, whether it’s original or cover.”

Watching the band play a set at the SoLo block party last Saturday, it’s clear the group (originally named The Cyclone Rangers from the Vapors' ‘80s hit, “Turning Japanese”) has a good time above all else. Whether it’s the smooth groove of “In the Air Tonight,” the Christian Woods-led Journey opus, “Any Way You Want It,” or the world music-influenced Paul Simon hit, “Call Me Al,” the band is always smiling and goofing off. You have got to hear Ballard's amazingly authentic version of “Pump Up The Volume,” the ‘80s one-hit-wonder you'll remember as soon as you hear it. With musicians of this caliber, you’ll find yourself singing along and bouncing up and down with every beat.  This band isn't a jukebox, however. “If you listen to the original versions of most of our songs you'll find they've changed a lot and we put our own spin on things,” says Tranquila. “Kind of like bronze-plating on a gold record.”

It’s humor like this that shines through, whether you’re watching I Like Robots on stage or chatting with them all in a Facebook Messenger group. The stories they tell are pretty epic, too. “One thing that has yet to be determined, and hopefully it never will, is who can take the most Jager shots and still function as a band member,” said Tranquila. “Justin and I are equally matched, but he may have a slight edge as Nervis Rex provides a better training platform for this sport.”

Ballard jumped in to help take Tranquila down a peg, of course. “At Koots one time, JJ leaped back onto the stage and clipped (former bassist Colleen Coadic’s) mic and almost broke her nose. All we saw was Colleen gone and a trail of giant drops of blood leading away from the stage (she's fine now).”

Tranquila responded, “If you're going to make a rock omelet you need to break a few things.”

It’s not just the front man who destroys things, either. Ballard said that Wright (a graphic designer by day) assembled a stage prop they called Grobot out of a mannequin and part of a lamp. Unfortunately, the bulbs got too hot at Koots one night and almost caught fire. Still, the crew has a blast doing what they do.

“And the most aggravating,” said Rood. “But,” he added, “Rock omelet is a great band name.”

“I’ve never puked on anyone in the band,” said Tranquila, for some reason.

“Robb (Rood) will pay you if you puke on someone,” said Ballard.

Wright brings the conversation back to a more serious tone. “Robots is a galaxy beyond anything I’ve done in terms of fun, and all the hard work of past prog bands makes it incredibly enjoyable,” he said, soberly (maybe). “But, my secret to enjoying this is to finally have decided that relationships come first, music second.”

You owe it to yourself (and all your friends) to check out I Like Robots at the Williwaw on August 26, and be sure to head to the band’s Facebook page (www.facebook.com/ilikerobotsak/) for all their future dates.

“I do have a standing vomit offer,” Rood concluded. “$20 if you intentionally throw up on someone. Double pay if the person is sleeping or is a baby.”