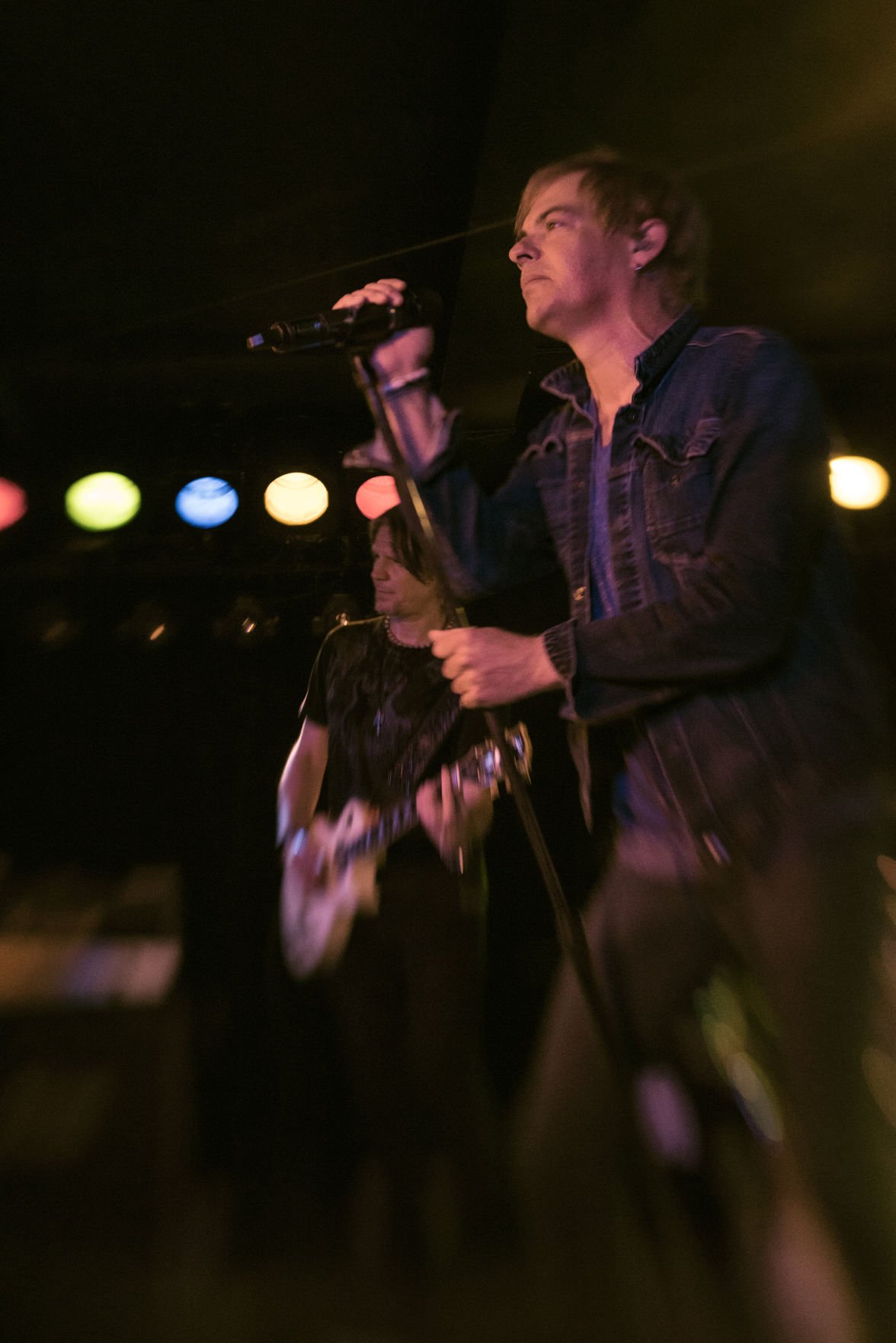 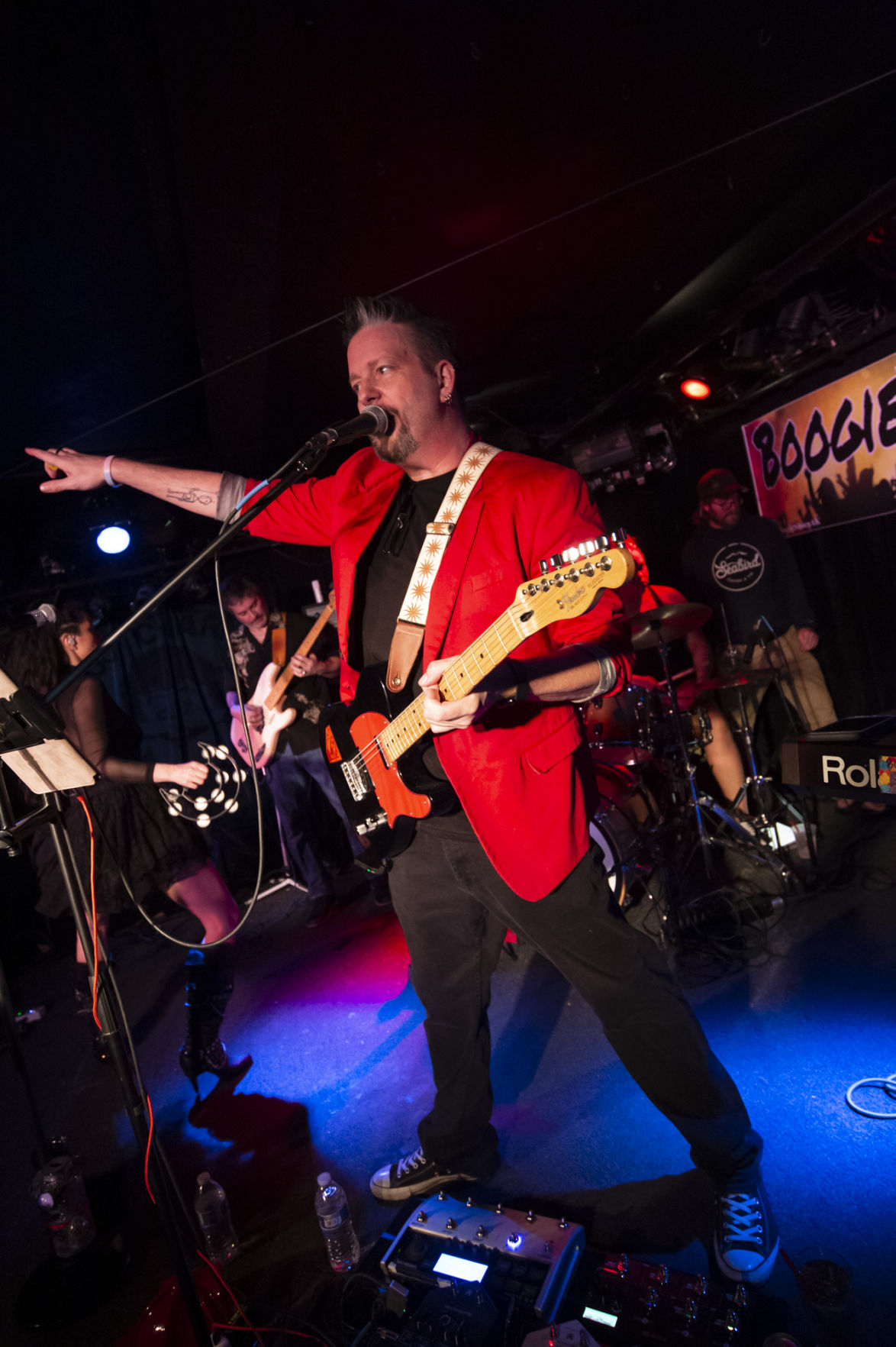 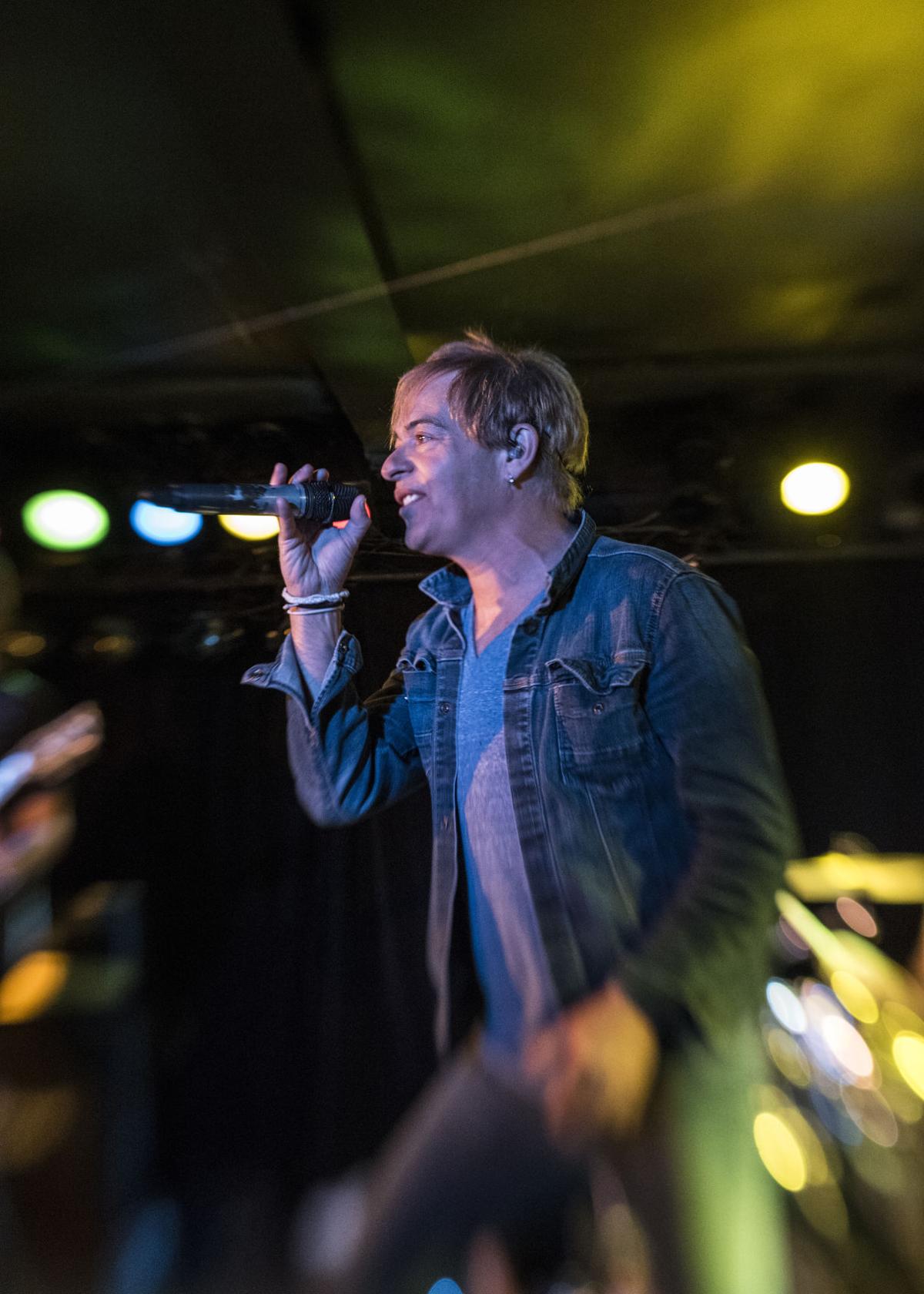 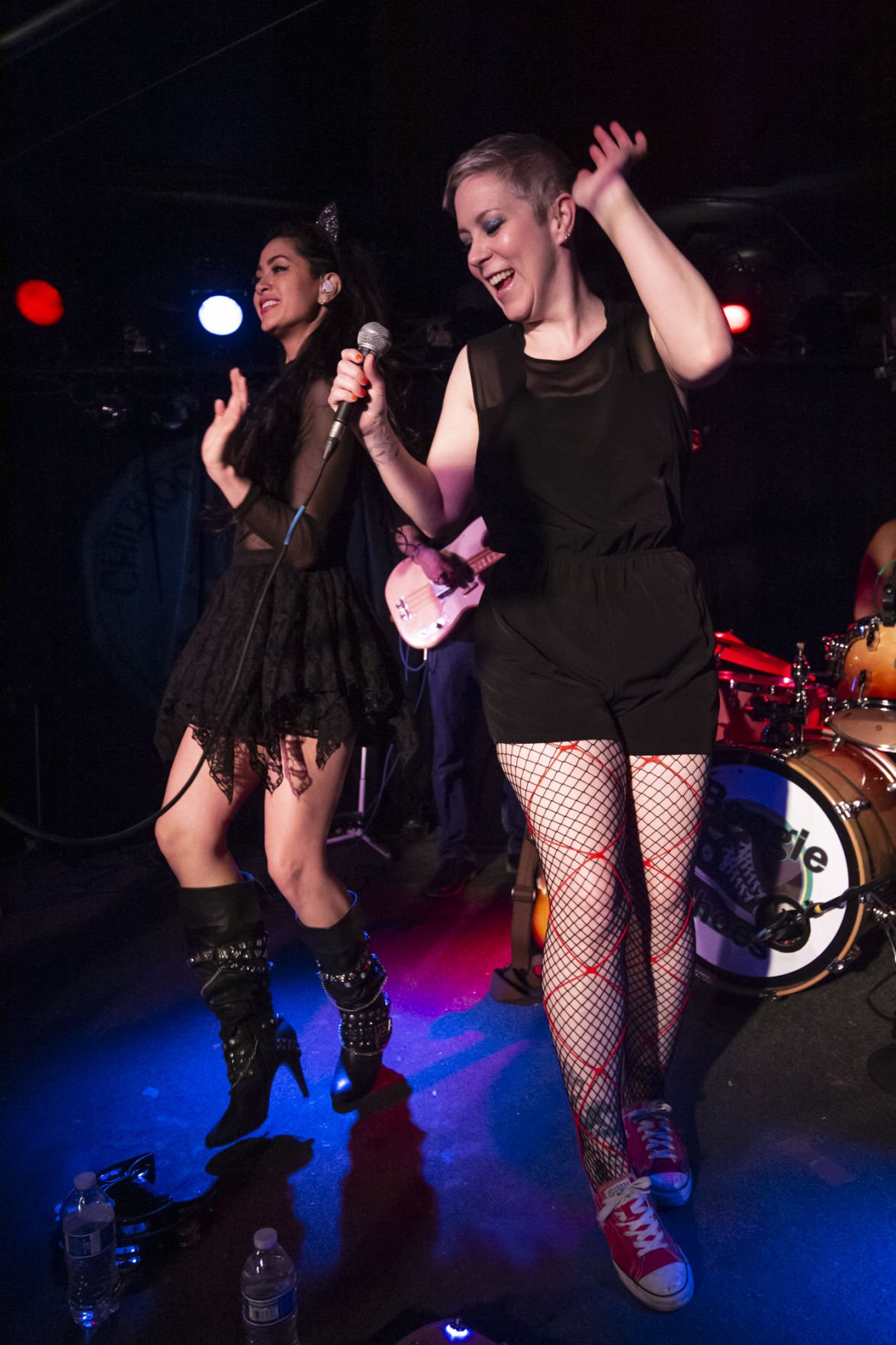 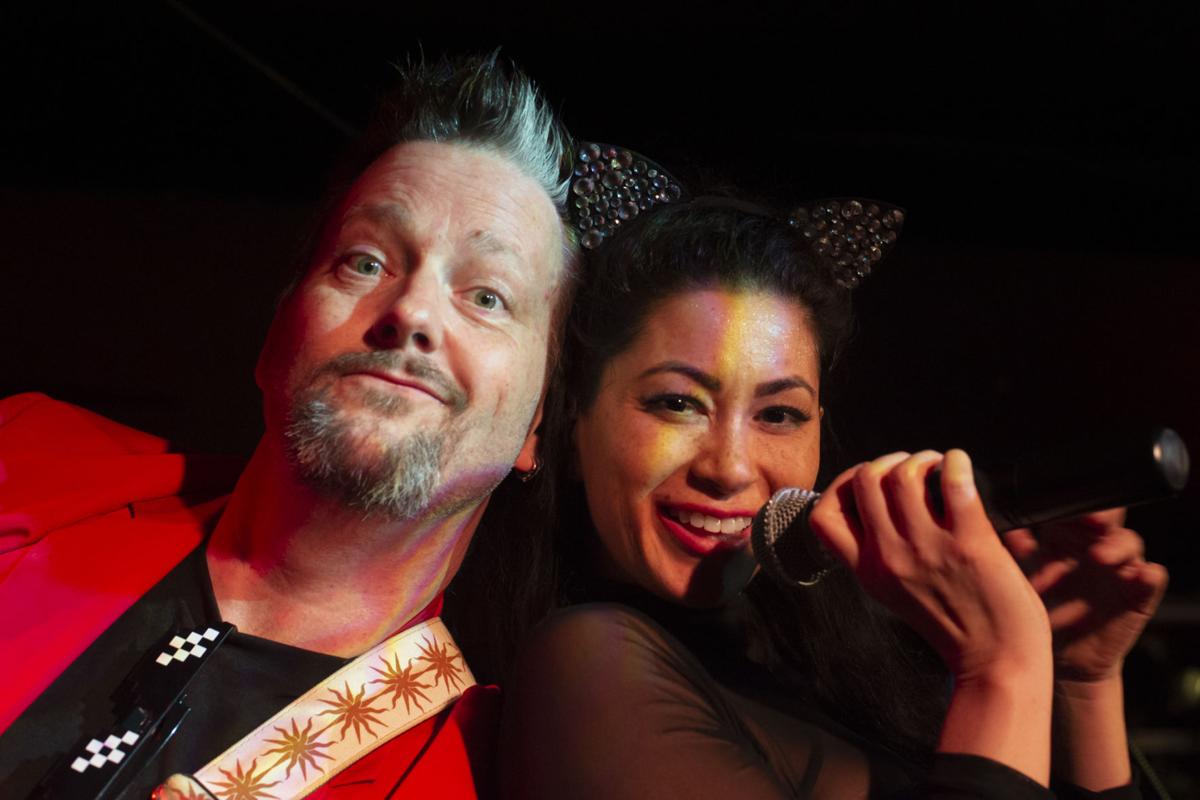 Three years ago, singer Peter Ettinger was having a killer performance. He was hitting every note with noticeable ease and his band was following suit. The set finished in epic style—with head banging and a fluttering falsetto smoother than aged tequila. But even as the final note hung in the air, those in attendance failed to give the exhausted singer so much as a solitary, sarcastic clap.

Often times, this is the life of a cover band.

“I don’t think any kid dreams of being in a cover band,” admits Ettinger. “You know, we all want to be that rock star.”

It’s no secret that the two dirtiest words in the music industry are “cover band." Considered the buzzards of the music world, cover bands are often seen as the enemy of local bands creating original music. Some have tried to soften the title and prefer to be called tribute bands, but clever euphemisms haven’t done anything reduce the stigma.

“Honestly, I don’t know where the stigma comes from. I’ve definitely met some guys up here who just look down on anyone in a cover band—maybe they think anyone can do what we do,” Ettinger says with a knowing chuckle.

With 30 years of experience under his belt, Ettinger is unphased by ignorant comments like, “Don’t you want to play your own music instead of copying someone else?”

“I remember a while back when Bart [Boggan] at Koot’s was trying to put together this tribute band for Alice in Chains. He spent hours and hours trying to get these local musicians to get it right and it was stuff that a cover band could have learned and aced in 45-minutes!” Ettinger exclaimed. “I think that experience kind of opened some eyes as to the skill and hard work that goes into being part of a cover band.”

The truth is, not unlike session musicians, good cover bands employee highly skilled artists who can not only learn songs at warp-speed but perform them well-enough to hype a fickle crowd.

“One of the things that people don’t know about cover bands is that often times, they are classically trained in their instruments and vocals,” explains Boogie Shoes’ frontman Rob LeFebvre. “Our singers Bekah Halat and Elle Janecek for example are both classically trained. There’s a lot of practice and skill that goes into what we do.”

As a 30-year veteran of the music scene, LeFebvre has done it all. He’s gigged in LA as part of a cover band and an originals band. He’s even released a few albums that he claims are still available “somewhere” on BandCamp.

“I think pretty much every cover band tries to make it with their own music but it’s hard and frankly, it doesn’t pay as much. When I had a band in LA, we’d have to pre-buy something like 700 seats and then try and sell them to our friends so the venue could make some money. You don’t have to do shit like that as a cover band,” LeFebvre explains.

Like most feuds, the well-spring that feeds the riff between originals bands and cover bands, is an economic one. A band is typically booked out for an hour-long set of original music at which point, their repertoire is exhausted. In a bar setting, bands are expected to play much longer sets to help encourage the flow of alcohol among patrons. The more fun someone is having, the longer they stay and the more they spend. So, if you’re a bar owner and have the choice between having a longer set that is guaranteed to create an enticing environment, or a shorter set that might not hit the mark, the decision is an easy one.

“It’s kind of a give-and-take with bars and cover bands. They typically eat the costs associated with having a live band play, but they reap the benefits of keeping people in their bar longer,” says LeFebvre matter-of-factly.

The economics make sense, but let’s be clear, cover bands aren’t exactly rolling in dough. LeFebvre says that his band takes home an average of $400 per a gig. It’s not a bad take for four hours of work, that is until it’s split among the six people in his band.

LeFebvre says that when he began with Boogie Shoes in 2009, it was a more lucrative business because the competition was scarce. Now bands like Danger Money, The Conway Seavey Band, Jerry’s Situation, I Like Robots, The Stack and Nervis Rex are all competing for the same piece of pie.

“We’re definitely not making what we used to make, so I think you might start seeing smaller groups performing. I know we are considering launching a second smaller group that can play in the smaller venues. At the end of the day, the number of cover bands in Anchorage has grown, but the number of bars has stayed the same,” says LeFebvre.

With a decreasing paycheck looming and the loathing stares they receive from local bands, one has to wonder why in the world anyone would want to bother playing in a cover band?

It’s a sentiment echoed by Ettinger who says he was born to play music.

“I think it was something I was meant to do. I’ve been lucky to do it professionally for over 30 years, but I can tell you that I haven’t stayed with it because of the money,” he says.

Ettinger has been one of the lucky ones who has taken his cover band vocals to the rock star status. Just finishing his recent Canadian tour, Ettinger boasts that he was able to perform in front of 10,000 people at one of his shows. Remarkably, that isn’t the biggest crowd he’s played for.

“In my hometown of Halifax, Nova Scotia, I got to play in front of 100,000 people. It was an incredible experience.”

Of course, most cover bands will never see the outside of a dingy bar and even legends like Ettinger will encounter crowds that are more concerned with picking out the perfect appetizer than what’s happening on stage.

The Stack may be relative newbies on the cover band circuit, but they are well-aware of the danger a disinterested crowd poses.

“I think the thing about cover bands is that we’re not playing music for ourselves per se. We’re really playing it for the audience. I go out of my way to get the audience involved and I’m always sticking the microphone in peoples’ faces so they can get their time on stage. If the crowd doesn’t get into it then I may be out of job at the end of the night,” explains The Stack lead singer Terry Park.

To give themselves the best chance at striking the right chord, The Stack covers a never-ending playlist that includes country, classic rock, oldies, pop and even hip-hop.

“It’s hard constantly switching genres and learning how to play so many different kinds of music. I know I have definitely grown as a singer since I started with The Stack. I’m just lucky that I’ve had bandmates that took the time to work with me. It’s an ongoing process but it keeps getting better,” Park says.

Things seem to be going well for The Stack, but Park admits that there are nights when the crowd wants nothing to do with who’s on stage.

“Some venues are different and sometimes people just aren’t into the music. It’s hard not to look at yourself and wonder what the hell you’re doing wrong. On nights like that I just try to focus on the band and how we’re jiving. You can find great moments even when the overall night isn’t good,” Park explains earnestly.

Seasoned rockers Ettinger and LeFebvre agree. The ultimate key to success is to love what you’re doing.

“I got sick of playing rock music in front of the same bikers that didn’t give a fuck about what I was doing. That’s why I ended up switching gears and covering disco music. Even if no one cares, at least I’m going to have fun,” says LeFebvre.

Want to support your local cover bands? Visit AKConcerts.com for a full list of performances. You can catch The Stack live at Garcia’s on June 15 for their fundraiser to help long-time guitarist Butch Porter in his fight against cancer.