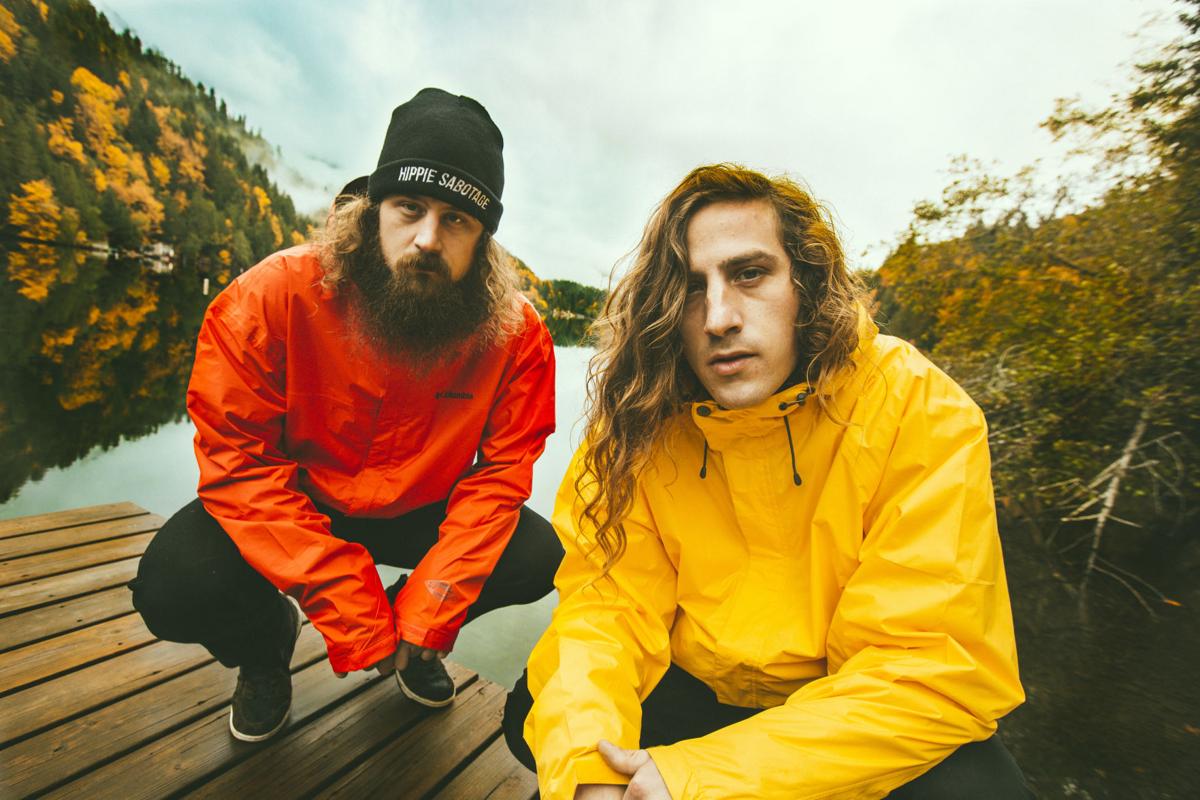 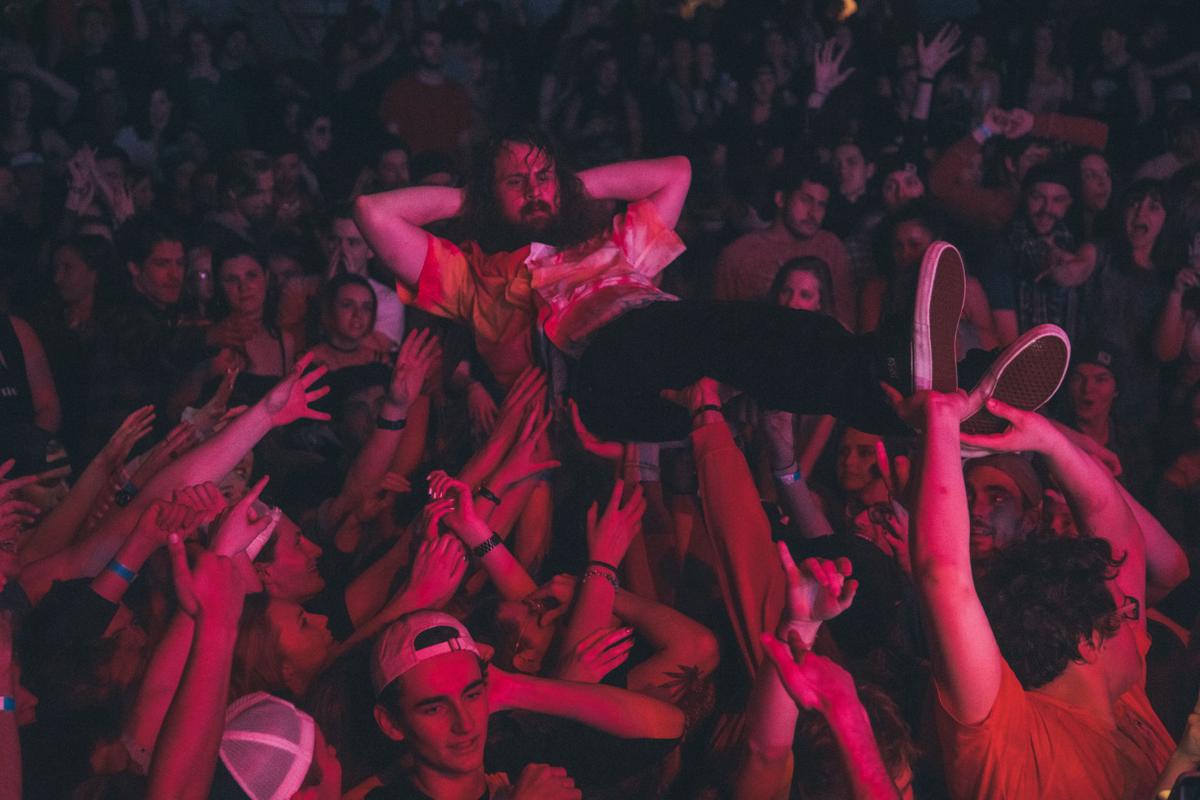 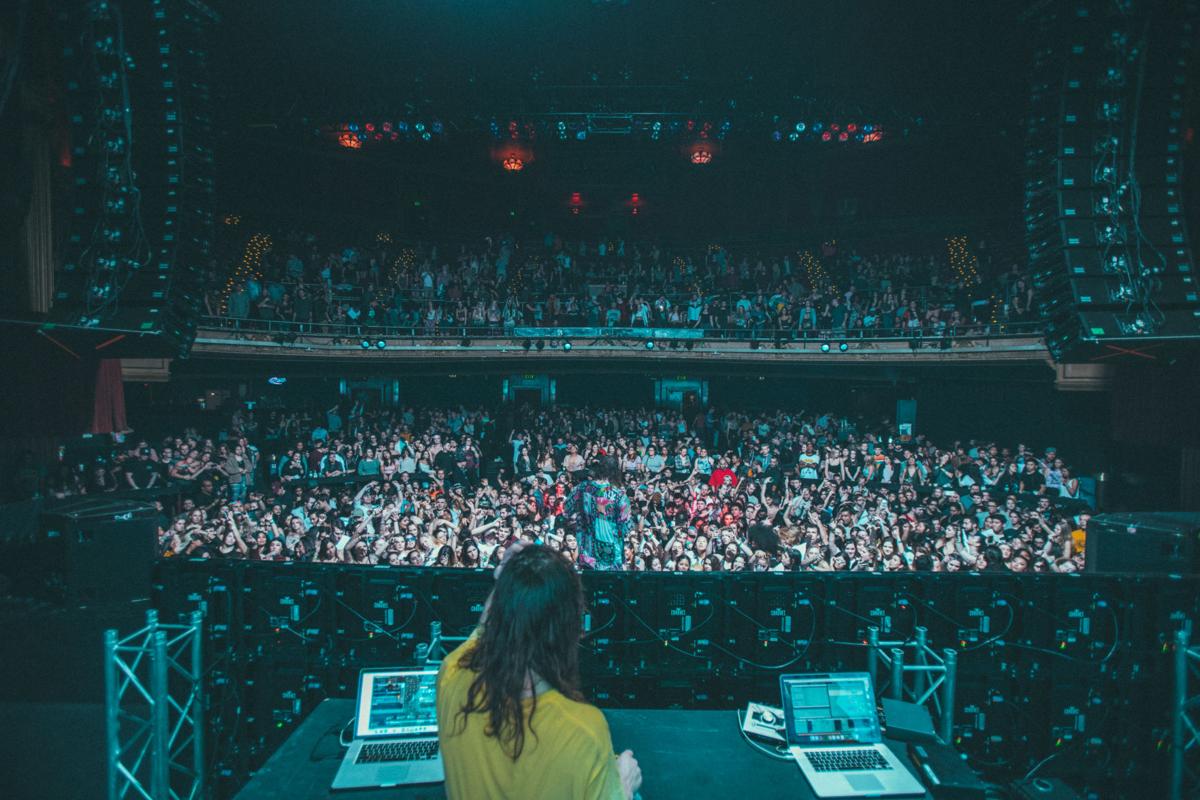 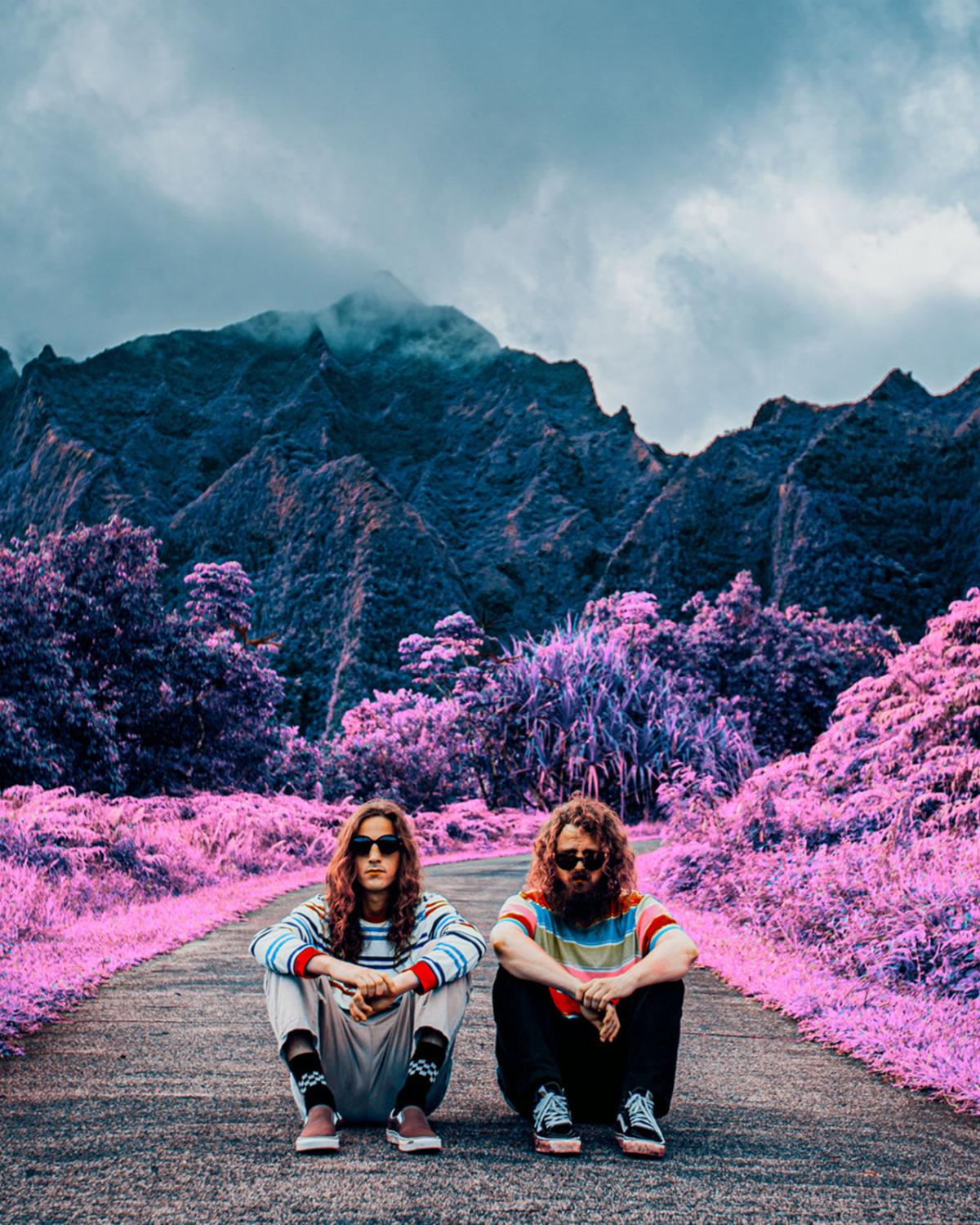 Brothers Kevin and Jeff Saurer released their first EP in 2013, but the duo has been making music together since they were pre-teens.

“We started out as skateboard kids in Sacramento wanting to branch out and create something that represented how we grew up,” Kevin said. “We are born-and-bred, die-hard San Francisco Giants fans and grew up digging for records at Amoeba on Haight Street. Our parents moved to California dreaming of that West Coast lifestyle and I think it imprinted in our minds as kids. Then combine that culture with skateboarding, something that requires you to always keep pushing boundaries and fail continuously, I think that gave us our approach to music.”

Dropping four full-length albums and four EP’s since 2013, Hippie Sabotage has worked hard to hone their unique blend of hip-hop infused EDM. Their biggest hit to date has been a remix of the wildly popular Tove Lo song ‘Habits (Stay High).’ The song’s original recording peaked at number three on the US Billboard Hot 100 and became the highest-charting song by a Swedish artist on that chart since Ace of Base’s ‘The Sign.’ Hippie Sabotage’s remix was also received with international acclaim as it received a nomination for the Song of the Year at the P3 Guld awards in Sweden. To date, the remix has over 740-million views on YouTube.

This weekend, the Saurers are in Anchorage courtesy of Showdown Productions. Originally slated to play just one night, the promoter added a second after the Friday show sold out. Some tickets are still available for the second show Saturday night.

Despite landing upon an award-winning sound, Hippie Sabotage has refused to pigeonhole themselves into a singular sound.

“Our music is inspired directly from our life so the more we evolve and experience new things our music changes with it,” explains Jeff. “We are insanely competitive with each other and love challenging ourselves to try new ideas musically. Whether it’s a mood, new instrument, or just a single word we inspire and push each other to keep moving in new directions.”

One of the most profound changes to the duo’s sound was born out of necessity. As the brothers moved away from the studio and began to focus on their live performance, their sound needed to change to adapt to a visual audience. In a 2018 interview with LA Weekly’s Brett Callwood, Jeff described Hippie Sabotage’s new sound as “a more live jam, guitar, live solo type of the thing.”

“We’ve always had a vision for what our music is supposed to sound like it and it naturally comes out, but once we started doing shows it took us in a new direction and made us want to make both beautiful music for listening at home but also harder music that we get to play live,” Kevin said.

Jeff added, “We have tried to keep complete creative tunnel vision when working on our music. Whether it sounds like nothing else before or sounds like something else its always true to our vision.”

Their new sound has struck a cord with audiences, garnering their tracks over one-billion digital streams. But despite their immense success, Hippie Sabotage isn’t about to take anything for granted.

“It’s insane and humbling to us [to have that many streams]. We are super thankful that people listen to our music and keep listening,” Jeff said. “We can’t thank our fans enough that they’ve given us the opportunity to let us share our art and live our dream.”

As a tribute to their Alaskan fans, Hippie Sabotage agreed to play a second show at Williwaw Social this weekend after their first show quickly sold out.

“We were super surprised to hear we sold out! We are so thankful and stoked to bring the energy to Alaska,” says Kevin. “We know the energy is going to be unreal and can’t wait to get wild with Anchorage.”

When asked what Anchorage fans can expect from their show, Jeff is succinct.

Tickets to Hippie Sabotage’s second Anchorage show on Saturday, November 23 are still on sale at ShowdownAlaska.com. Tickets start at $38 and VIP packages are available for $100. The show starts at 9 p.m. at Willwaw Social, 609 F Street.