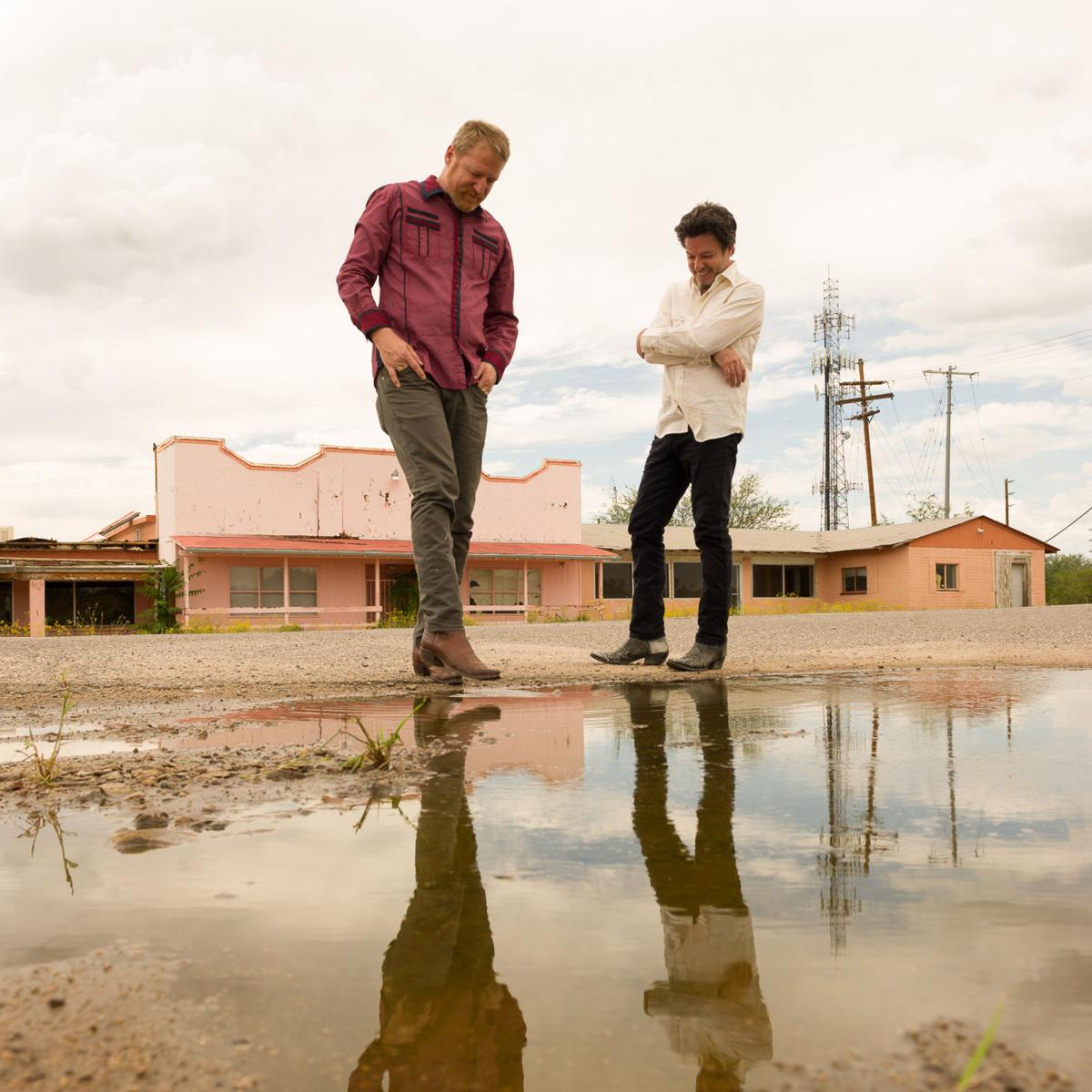 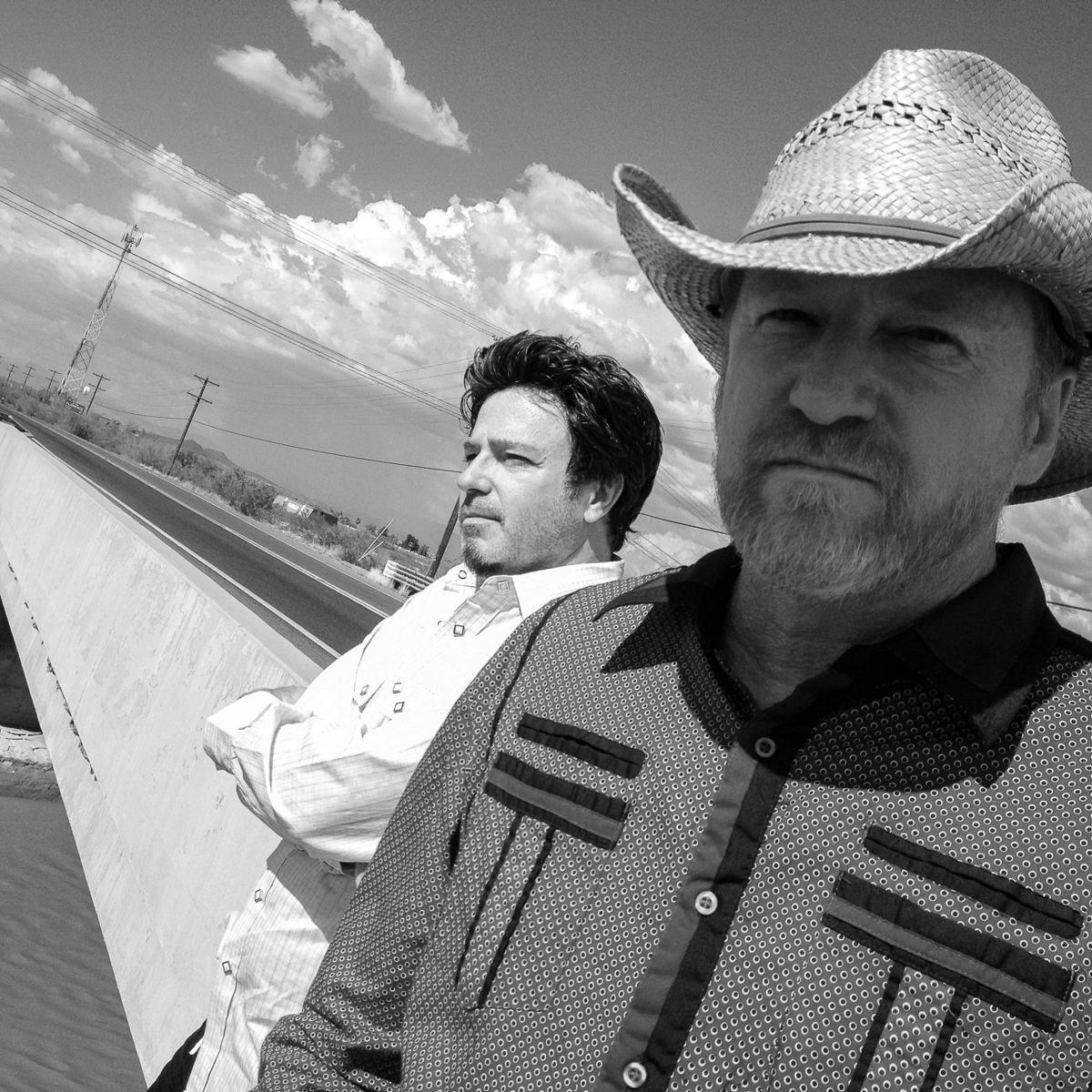 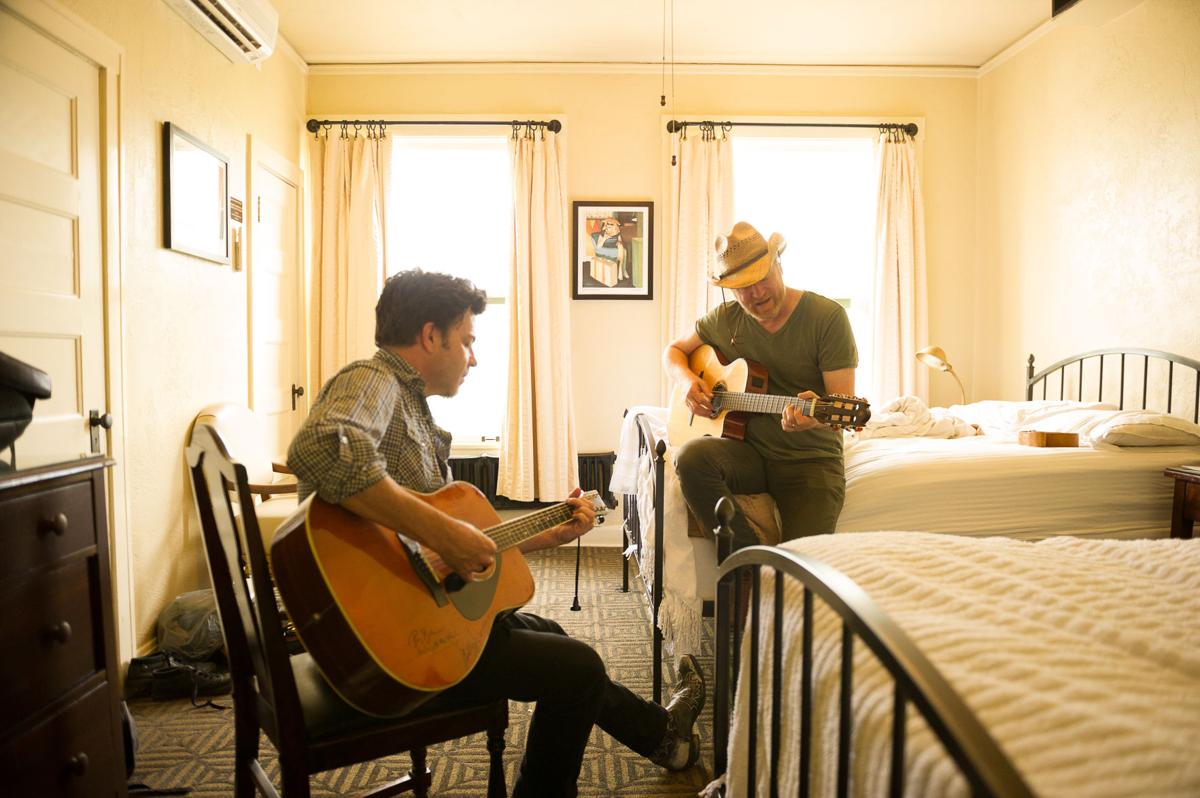 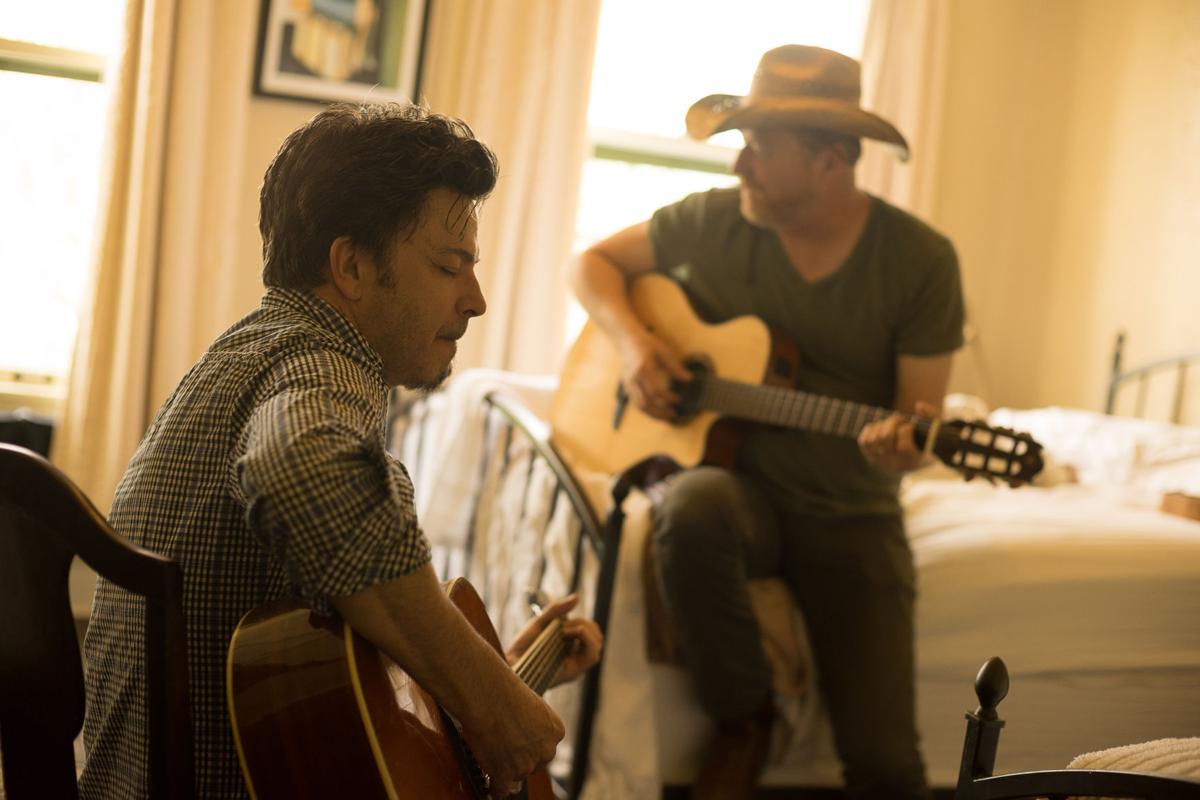 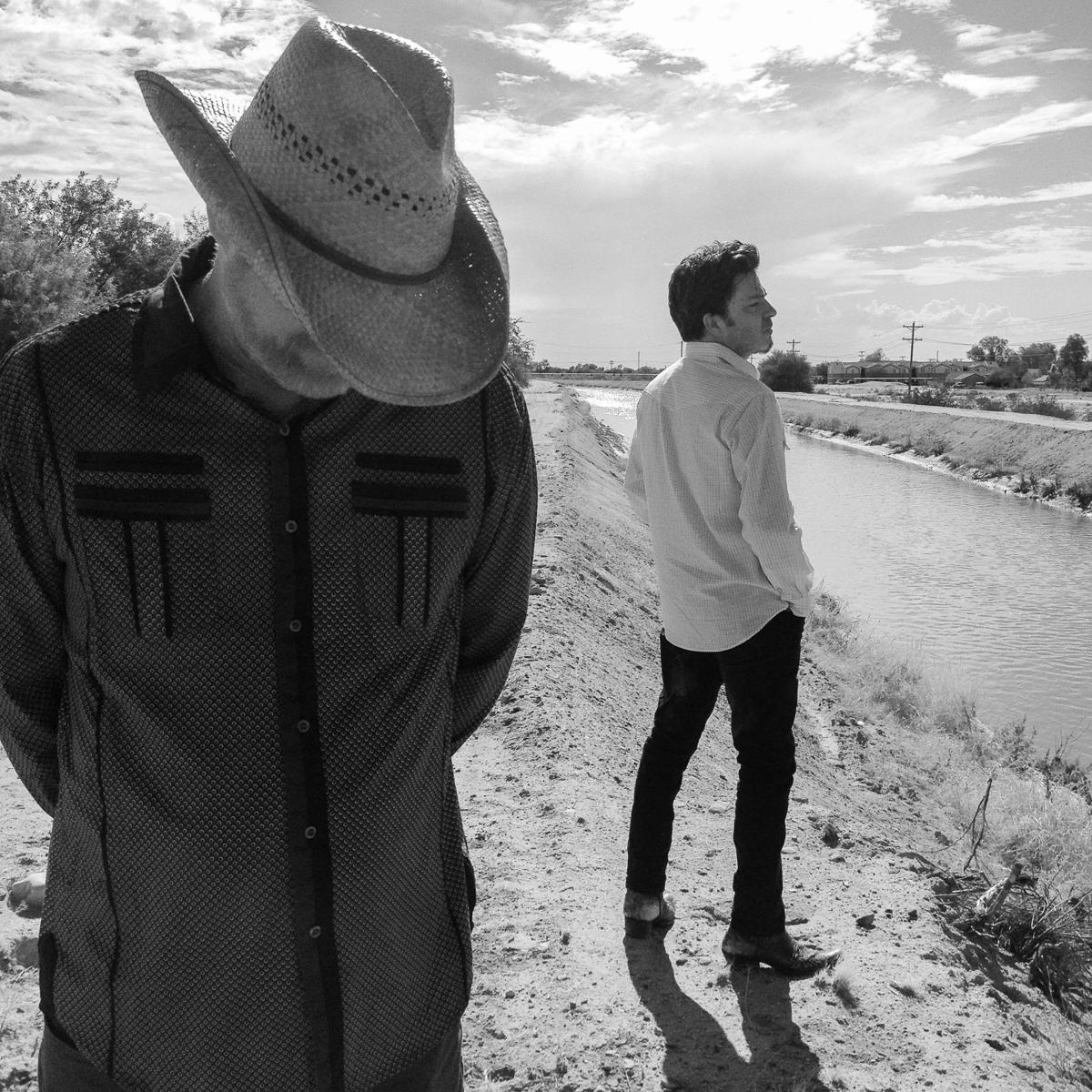 It’s been a long, long, long time since the Anchorage area has had the kind of musical starpower that’s rolling in this St. Practice Day weekend.

The biggest name — though some of his enduring notoriety is tied to recent documentaries about the infamous Fyre Festival debacle — is probably Ja Rule, a legend of early aughties hip-hop set to rock the Egan Center Friday night. At the same time, two blocks away at the Dena’ina Center, comic-country star Rodney Carrington takes the stage.

Not to be outdone, Koot’s welcomes Grand Royale, the nation’s preeminent Beastie Boys cover band later that night, while at the Performing Arts Center, the Anchorage Concert Association welcomes the Music City Hitmakers, a collection of country music songwriters who’ve penned some of the biggest hits in Nashville history and will be performing those tunes themselves.

Amidst this scramble for the last concert dollar in Alaska is a band that can hold a candle to any of those names. And in the pantheon of 90s alt-rock bands who’ve not only endured the ephemeral nature of grunge, but evolved, reinvented and multiplied themselves — all the while keeping their shit together is Cracker, who’s playing a two-night set at the Sitzmark at the Alyeska Ski Resort in Girdwood.

If you were tuned in at all in 1993, you almost certainly had Cracker’s CD ‘Kerosene Hat’ shuffling around in your car, getting scratched in all the most inopportune places.

If you were lucky, none of those scratches got to the first cut, ‘Low’, one of the biggest alt-rock hits of the decade, the video of which featured Sandra Bernhard, one of the unlikeliest sex symbols of her day in a black and white, Raging Bull-inspired metaphor for drug abuse and Gen-X angst.

Twenty-seven years later, Cracker still plays dozens of shows a year, doing it all on their terms. Founding members David Lowery and Johnny Hickman never stopped playing together either as Cracker, or under their original band name ‘Camper Van Beethoven’, which Lowery said was originally named ‘Camper Van Beethoven Border Patrol Agent’, shortened because it wouldn’t fit on a concert poster, much less a CD cover.

Under either name they play their litany of hits, which include ‘Euro-Trash Girl’ and their wry take on any protest song, ‘Get Off This’, but otherwise their sound has adopted more of an Americana tone, driven by Hickman’s haunting steel pedal guitar and Lowery’s perfectly complementing voice.

“We’re maybe closer to a jam band than we used to be. People are surprised when they see us, but we actually are Cracker and we did play with the Grateful Dead,” Lowery said. “We’ve never really seen ourselves as being limited to modern rock or alt rock.”

Lowery said the band owes its longevity and flexibility to not letting itself be pigeonholed.

“I think we were fortunate in that we adopted a simple strategy to our music where we did what we wanted to do right now,” Lowery said. “We recorded in the studio pretty much live — live sounds coming out of amps in natural rooms. The recording was kind of pure. We didn’t do a lot of things that make you dated. Our drumset sounds like a drumset; our guitar sounds like a guitar sounds. We didn’t follow a lot of trends. In the late 90s we didn’t have a breakdown with a guest rapper, which happened to a lot of bands. We just kind of stuck true to what we wanted to do.”

Compared to alt-rock bands coming out today, you could say Cracker had it easy. They had a recording contract with Virgin Records and didn’t have to sing for their dinner on the road year-round; didn’t have to beg for pennies from streaming services.

Asked which is the lesser of two evils, Lowery noted, “Looking back, at least the record company gave me money in advance to make records. You don’t see that in the streaming world.”

In the age of streaming music, Lowery, under his multiple touring and recording names, has found a way to avoid it all, successfully.

(Digital music) kind of flipped everything on its head. All the money we used to spend on tour was making ourselves comfortable. We’d get a bus and three road crew people because touring would trigger sales the other way. Now you’re trying to eat that profit, but it’s not really clear how to get money to record,” Lowery said. “I feel like, in a lot of ways, I started out as an indie musician with an indie label, which is now my own label… Sell directly to your fans instead of streaming services to keep all the money. You’d be surprised how few musicians take advantage of that. There’s this Internet ideology that everything should be there at all times, but if you think about that you’re not necessarily doing what your fan base wants. We have a rapport with them and they know when you’re putting out records. You get an email list, telephone numbers, text message — you can engage fans directly in a digital age and make money, but you have to resist (streaming).”

Lowery said his latest solo album isn’t available at all on digital services.

“I sold it out, only at shows,” he said. “I have friends with 20 to 40 million streams on a song and they didn’t make as much as we did selling directly to our fans. It kind of defies logic.”

When the history of the battle between recording artists and streaming services is written, Lowery’s name will be a prominent. In 2015, as a mathematics professor at the University of Georgia, he spearheaded a lawsuit against Spotify that, he said, ultimately led to a piece of federal legislation.

“I was looking at a check and the (songwriting) royalties on Spotify were not there,” Lowery said. “I thought that was odd, so I started asking other musicians I knew and asked people, where is this money? There was a whole class of songwriters who own their own copyrights — they didn’t sign them away to anybody — and their royalties weren’t being paid. I don’t have anything against Spotify, but the best way to fix a problem like that is to drive all the services to get their shit together and that’s what we did. What we ended up doing was changing copyright law to address that. It’s known as the Music Modernization Act of 2018 that changed the way artists get paid. Orrin Hatch’s name is on it, but it was because of our lawsuit that it got through Congress.”

}Lowery suspects its been about 15 years since Cracker has played Alaska and he’s looking forward to back-to-back nights at the bottom of the Alyeska slopes.

“We’ll probably mix it up between the two days, but we’ll play the hits both days,” he said. “We just play across our catalogue.”

As for the band’s name, Lowery takes all the credit.

“The 90s was all one-word band names — Cake, Sugar, all of this,” Lowery explained. “I was born in Texas with a family from Arkansas and England and one guy on our crew figured that out so, you know, he called me ‘Cracker’, like white trash. So my code name was always Cracker on the road. When we started the band we didn’t know what to call it. It was my project to come up with the name and it seemed perfectly serviceable so we stuck with that name.”