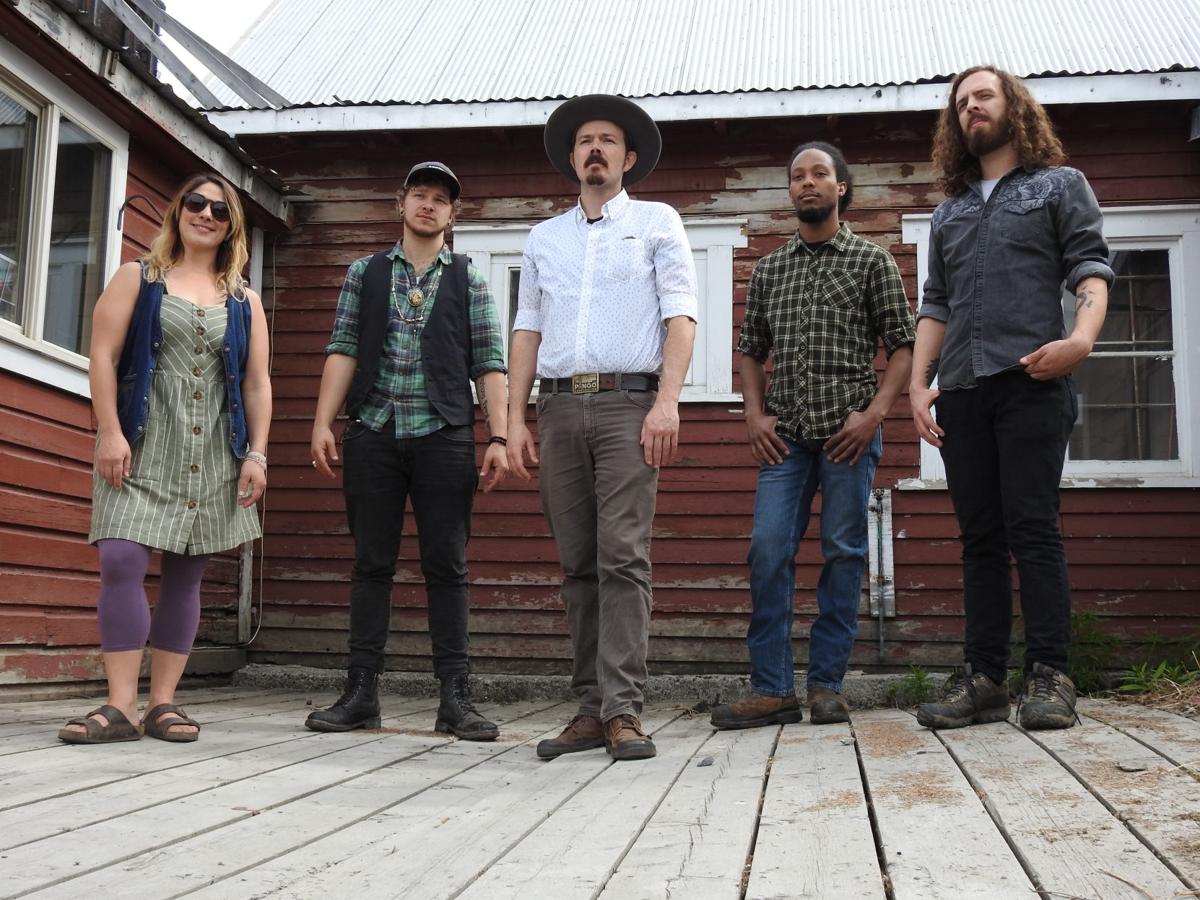 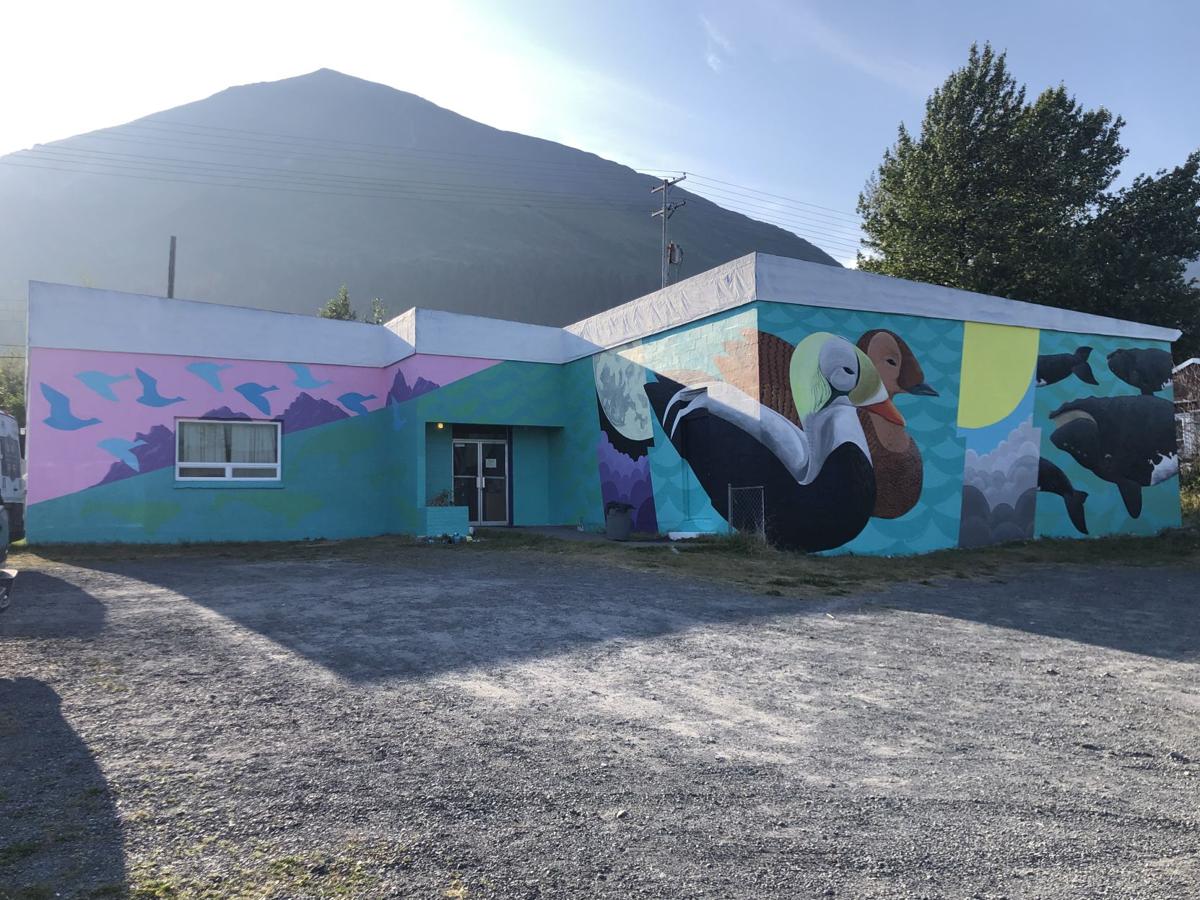 The first Monday of this year’s Alaska State Fair is also going to be the first time an in-state act is going to have their own headlining set on the Borealis Main Stage. Blackwater Railroad Company out of Seward brings their brand of foot-stomping, whisky-soaked indie folk rock to an audience larger and more diverse than ever before. We caught up with the group this week on the eve of a mural dedication on the arts education community center that the band renovated in Seward to provide music and art education for the town of a few thousand.

“This November will be seven years,” says frontman Tyson Davis in front of the two, 15-foot high spectacled idlers painted on the side of their one story cement block commercial building. “Blackwater began as a wintertime diversion and community band for Seward, but even as we have gained a little more recognition throughout the state, I feel like we are still filling that role as a community band just over a bigger area.”

Blackwater, to a member, sees this band as a direct beneficiary of the other performers and acts that came before them. Isaac London, percussionist and singer for the band, recalls, “The Eternal Cowboys basically demanded that Humpy’s have us come up and play with White Buffalo. That was one of the first breaks we had in Anchorage, and it came about because another band believed in us.”

The band’s promoter and manager J.W. Frye believes that the band’s rise is due to a combination of two factors: opportunity and performance. “There are moments like when Evan Phillips and Marty [Severin] gave us our own night at the Taproot, or when Jim Stearns put us on the Ocean Main Stage at Salmonfest that are sink or swim. The thing about Blackwater is that, more often than, they deliver. They show up and put on a high energy show and so far there has not been a stage too big for them,” says Frye.

The group hopes that their August 26th date at the State Fair in Palmer will expose more casual music fans to what is going on all around them. “The fair hosts more than a quarter of all Alaskan residents, it’s about so much more than one company or one industry or one band. It is our job to go up there and represent music that comes from Alaska and to beat the drum for everyone that is up here making music,” says an animated Davis.

Blackwater Railroad Company has always been an inclusive project. Before Frye was the manager, he lent a hand in songwriting with Davis. Their album third album Nenana featured Anchorage stalwarts Orion Donicht, Hannah Yoter, Cameron Cartland and Alex Crouver. And if you have been to a Blackwater show in the past three years, then you have taken notice of the onetime self-described ‘super-fan’ turned fiddling wunderkind Nichole Campanale.

Campanale is a speech pathologist who was drawn to Blackwater immediately in the early days of the band. “The energy of group is what I originally connected too,” says Campanale through her trademark grin before continuing, “I like to party, Blackwater likes to party—it works.” The success of transitioning from their original soloist, Noah Diamond, to Campanale is further proof of what the group has been saying: This show at the Alaska State Fair is bigger than Blackwater, but it is certainly not too big for them.

If you would like to see the band, they will be at the Alaska State Fair on Monday August 26th, tickets are only $10 or a $20 ticket that includes general admission entry to the fair.