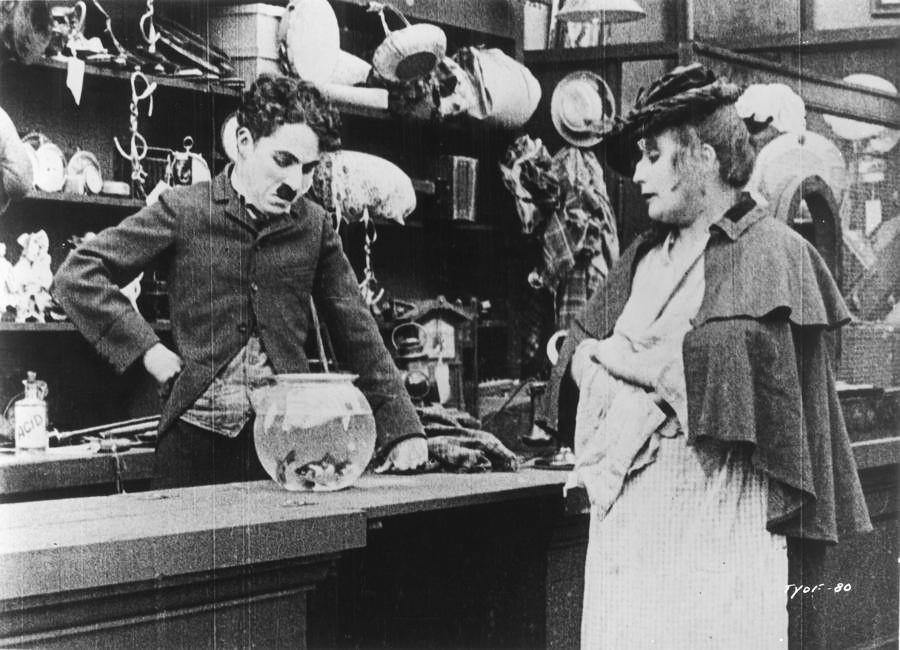 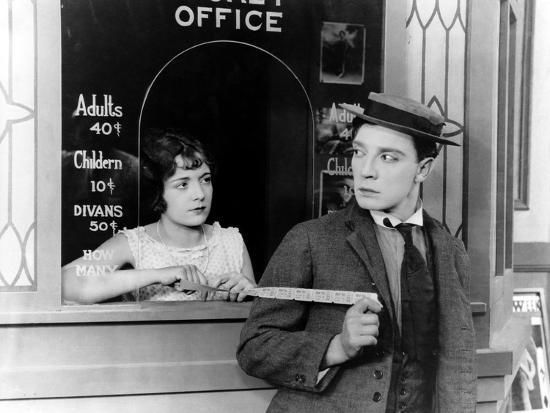 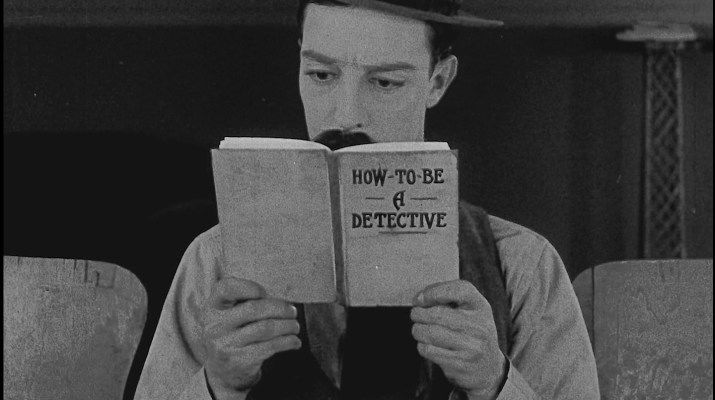 Charlie Chaplin and Buster Keaton were pioneers in film and comedy. Each had a distinct style focused around physical humor, dynamic storytelling and groundbreaking stunt work. The evening began with Chris Beheim’s Anchorage Revisited. Beheim arranged series of photos of Anchorage from its earliest years set to two Scott Joplin tunes — The Easy Winners and Palm Leaf Rag. The main event of the evening, however, was the double feature of two iconic silent film comedies — Chaplin’s The Pawnshop and Keaton’s Sherlock Jr..

In The Pawnshop, Chaplin plays a buffoon of a clerk working in the titular shop. The story follows the mayhem and hijinks he encounters as he attempts menial tasks around the store. The score was a hodgepodge of rag-time, Joplin-esque tunes with sprinklings of Chopin and Beethoven, arranged by ASO bass clarinetist Chris Beheim.

Closely accompanying all of the slapstick humor was percussionist Corliss Kimmel. Following along with her own monitor, Kimmel was able to precisely time crashes, honk, bangs and whistles to highlight the physical acting.

Buster Keaton’s Sherlock Jr. is a fast-paced, dynamic subject for an orchestral performance. It follows a young movie theater employee with ambitions of being the world’s greatest detective. He falls for a beautiful girl but is framed for the theft of her father’s pocket watch. As he pines after his love, he falls into a daydream of epic proportions. Luckily, whilst Sherlock Jr. is occupied in his mid-day delusions of grandeur, the unnamed girl does her own investigating and learns that he was indeed framed.

With his name cleared, Sherlock Jr. is reunited with his love and the story ends optimistically as he contemplates his future with the girl.

For their part, the ASO played well. The Pawnshop’s use of auxiliary percussion and sound effects was whimsical, and the orchestra, save for a few sluggish rhythms and one or two errant entrances, the orchestra was crisp and right on cue (which is easier said than done when accompanying a film).

After intermission, the ASO really found their groove in Sherlock Jr.. The combination of fast-paced visuals, era-defining stunt work and driving music made for a very engaging concert experience. Most of the music was played in tutti, but principal cellist Linda Hart Ottum played a series of delightful little solos. Her playing was colorful and provided a respite from the storm of action on screen and laughter from the audience.

There’s been a resurgence in the popularity of silent films in the last 20 years or so and the ASO has found a niche for themselves in these performances. Anchorage audiences show up in droves for movie nights and ASO leadership has taken note and doubled down. This season, the ASO presents three feature length movie nights, the last of which is their upcoming performance of Harry Potter and the Sorcerer’s Stone, which has proven to be popular enough for three separate performances — a rare sight in the ASO schedule.