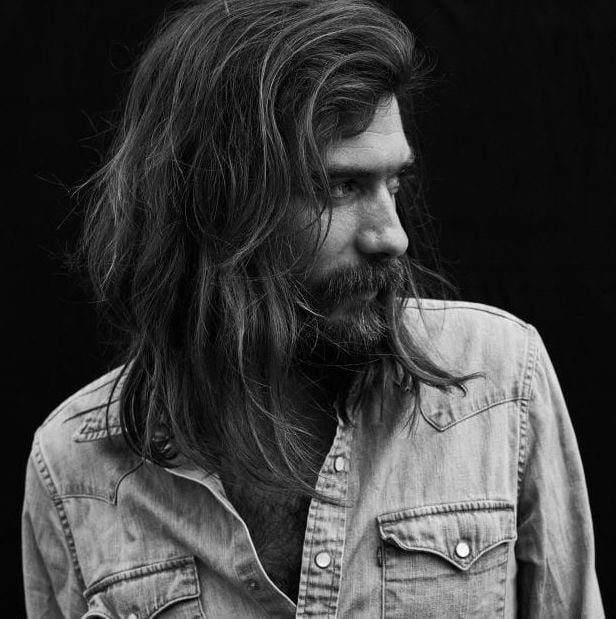 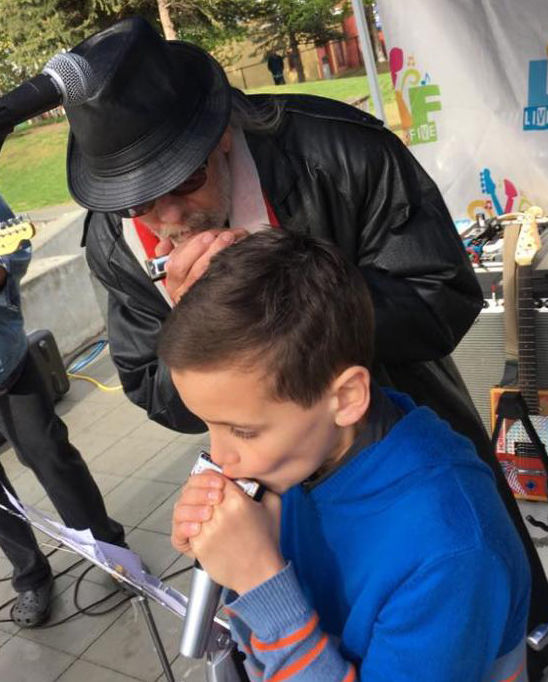 The Anchorage Folk Festival (AFF) is celebrating its 31st year and it has proven to be one of the events annually that gets me through these long dark Alaskan winters. AFF offers local talent as well as internationally known headlining artists. Workshops and jam sessions are also available. They really got it right selecting this year’s headliners.

Jontavious Willis, born and raised in Georgia was recently nominated for a Grammy for Best Traditional Blues Album, for his album, Spectacular Class. Willis may be young in age, but displays talent and wisdom far beyond his 23 years. The expression ‘the real deal’ is way overused. It should be guarded and saved for ones so deserving; like young Mr. Jontavious Willis. Just ask Taj Mahal or Keb Mo.

Also headlining this years festival is Feofollet, a spicy, swampy cajun-inspired band, hailing from Louisiana, sure to get your blood pumping. Familiar and fresh, yet unmistakenly original.

Our community is also blessed to be witness to Mr. Jack Broadbent, hailing from the U.K. who has recieved such high acclaim as ‘the new master of the slide guitar’ from the Montreux Jazz Festival and ‘the real thang’ by the incomparable Bootsy Collins.

Jack came by his passion for music naturally. In his mother’s womb, he was attending his father’s gigs. Rumor has it that when his father’s bass kicked up, so did he. Jack’s father, Micky Broadbent, was bass player/keyboardist for 70’s and 80’s top-40 U.K. power pop band, Bram Tchaikovsky.

“My father is a musician so there were always instruments in the house,” Jack told me. “My dad played in a lot of bands; rock-and-roll bands, blues bands, soul bands. So growing up I went to a lot of shows. I was seeing it all from a very young age, ya know...”

I had just a few more questions for Jack...

What were your musical influences?

By the time I was in my early teens I became obsessed with Steely Dan, Little Feat, and the Doobie Brothers. A lot of American stuff from the seventies really, through hearing that sort of music at home. I was a Steely Dan freak for years.

How did you develop your unique slide technique?

I moved to London in my early 20’s and I needed to keep myself afloat so i started playing on the street, really because I didn’t want to get a job … That’s where the slide playing started to come in really, it’s something I developed when I was busking and playing on the street. Ya know, another string to my bow. Something to sort of keep things interesting. And what a great thing that I did do that really, because it gave me a whole new element and sound to my music.

In the interest of when you’re playing on the street, you’re trying to attract attention. For me, playing the slide, particularly in the way that I do — lap style, ya know — it was obviously always going to catch people’s eye and then once you’ve got their attention then you can start piling on the magic.

My father is a bass player. When I haven’t got the luxury of him playing bass, then I quite like to incorporate some bass lines into what I’m doing on the guitar. I’m a percussionist as well, so the idea of the slide thing for me was this realization that I could be playing bass lines and kinda be hitting the thing a bit too with the lap style technique. The,n playing lead parts on top of it really.”

I was more interested in the fact that I could play Sweet Home Chicago and play the bass lines on the top parts and give it a feel at the same time…. That was kind of the light bulb moment for me.”

Slide guitarists often utilize alternative tunings so that they can easily make chords using just their slide on a single fret. Jack often plays in Open D tuning. Open D offers a full range of major and minor chords, while producing a full and vibrant sound. Many heavy hitting guitarists, from Elmore James to Muddy Waters to Jack White regularly tuned their axes to Open D.

Broadbent’s preferred choice of slide is a whisky flask. The sound, the shape and the fun of it all adds to the appeal. A YouTube video of Broadbent busking in Amsterdam, with a flask in his hand and guitar in his lap went viral with more than 1.3 million views.

Tell me a little bit about your songwriting process

I don’t really write unless it’s important enough to write a song about. I don’t sort of sit there; forcing myself to come up with stuff.

I think in that sense, your inspiration is real life. I try not to do the tapping a pen on a piece of paper, hoping for something to come along. I’m quite impulsive; when I feel a bit of inspiration, when something does hit me, I stop everything to get the song down. I usually write songs pretty much in one sitting.

I had a big end to last year and straight back in there now with this U.S. tour; 24 dates — all over the states and I’m just really excited. I’ve got a new record, Moonshine Blues, so I will be playing songs from that. I’ve also written the next album that will be recorded after this tour, so I will very likely to be playing new songs, testing them out, getting a feeling for which songs I will be putting on the new record.

You can catch Jack Broadbent live at the 49th State Brewery Company in downtown Anchorage this Saturday at 7:30 p.m. followed by a lively and fun-filled dance set with your’s truly HarpDaddy, my band, Daddy’s Issue featuring the legendary Gary Sloan. Sloan is THE Godfather of the Alaska Blues Scene, celebrating his 55th year entertaining Alaskans.

I spent New Year’s Eve with Gary and his wife Sandy, marvelling at his photos of Gary with Muddy Waters, John Lee Hooker and listening to stories full of flavor about Junior Wells, James Cotton, and Charlie Musselwhite. I’ve been blessed, the past few years to call Gary my mentor, my father, and my regular barber; as he has chopped my head on numerous occasions across the state. I’m sure this Saturday Night will be another.

“We’ll just see what happens,” Sloan said. “Once you and I hit the stage, you just don’t know what’s going to happen next.”