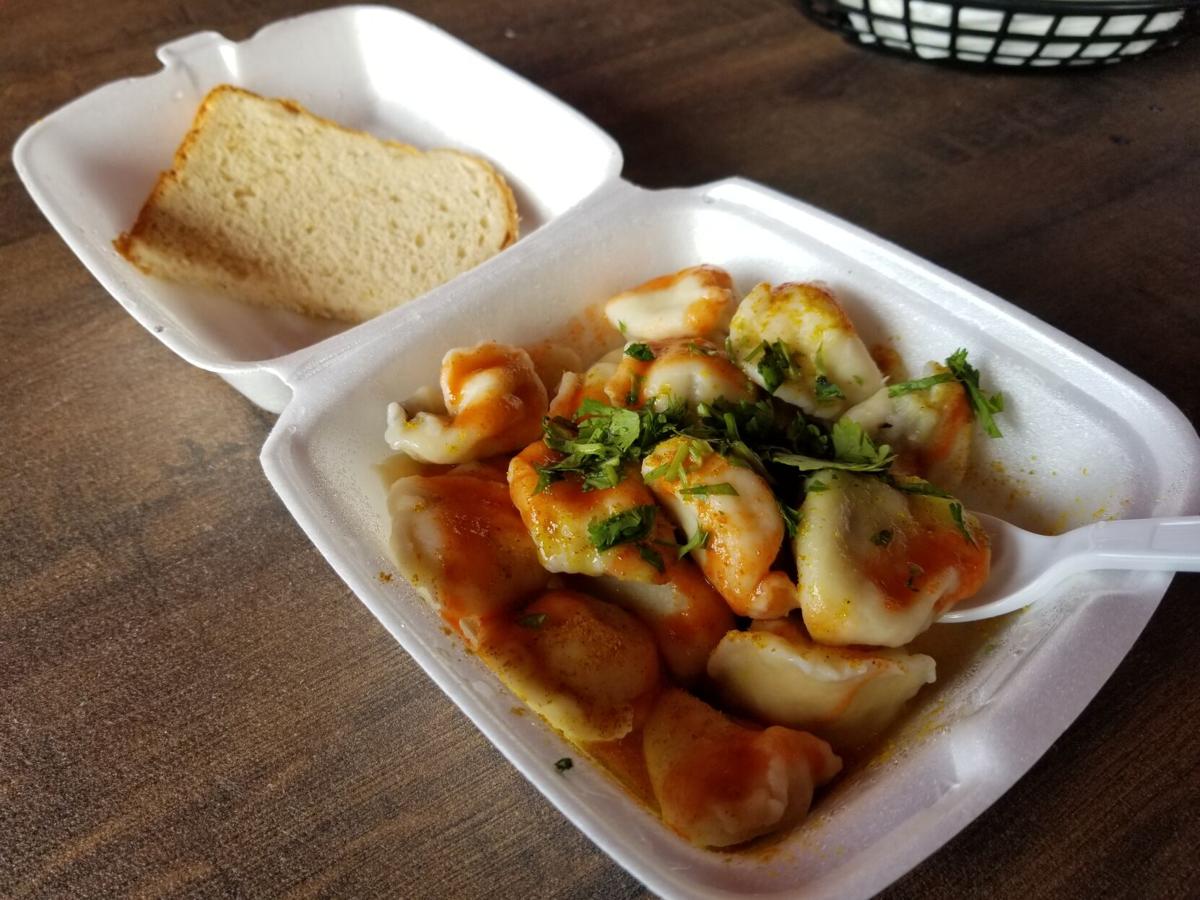 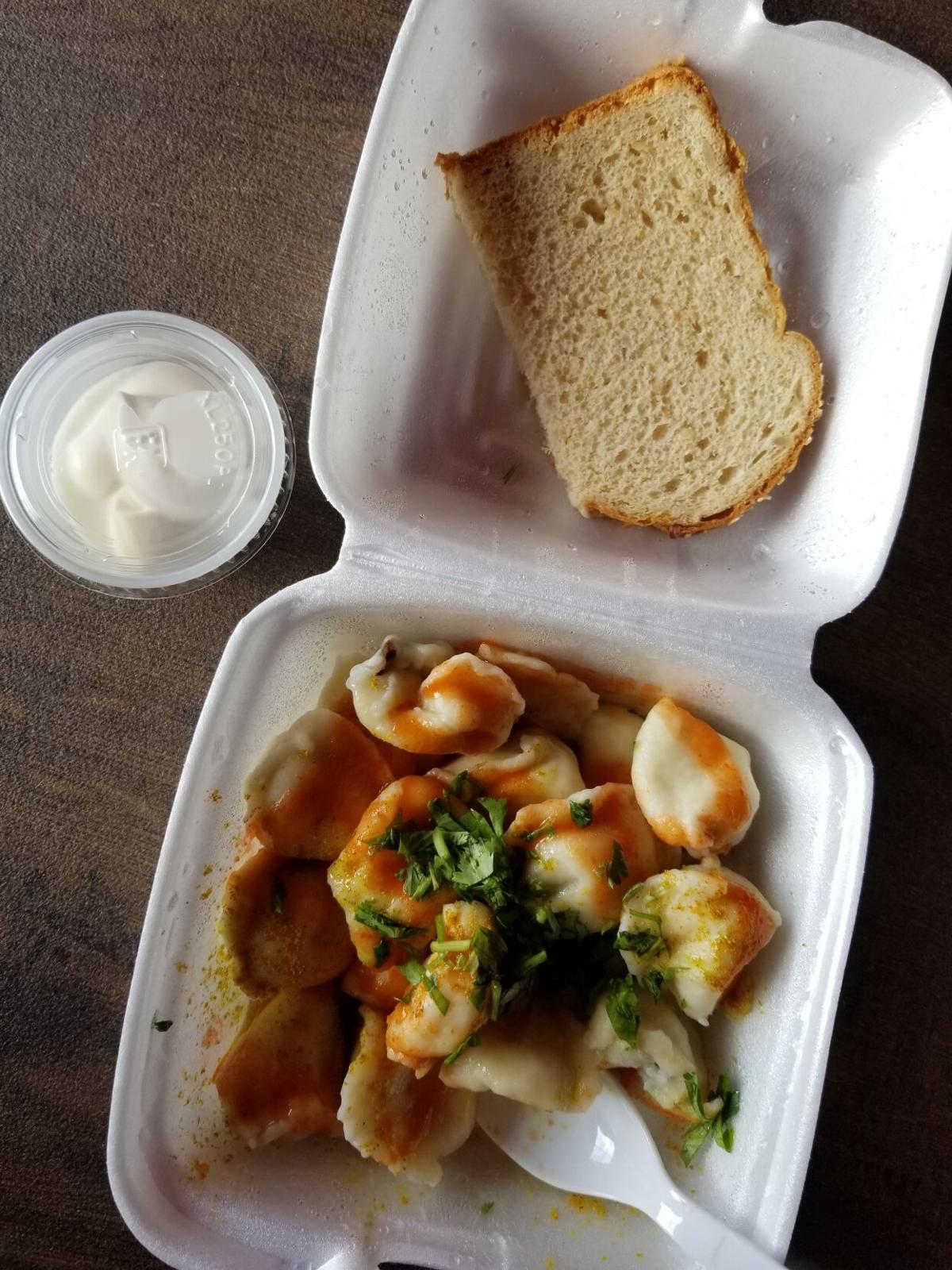 Word around the street is that there’s a new pelmeni shop in town. Awesome... so what’s pelmeni? Simply put, they’re Russian dumplings usually filled with some type of meat or potato. It just so happens this new spot in Anchorage was opened by the same folks who run the beloved Pel’meni restaurants in Southeast Alaska. The original Pels has been a fixture on the Juneau wharf for years, staying open well into the wee hours of the morning and handily catering to bar crowds wobbling in after a night of debauchery.

Dumplings sound boring to you? Well, these ones stand out by the way in which they’re prepared. After boiling in water, they’re hit with a dash of curry powder, a spoon of melted butter, some sriracha, and chopped cilantro. From there, you have the option to add sour cream, which I consider that to be an absolute must. Once everything’s mixed together, what results is a medley of flavors in a rich, spiced “sauce” that coats the silky texture of the dumplings. I guess you can say it vaguely resembles a pasta dish.

Till now, there have only been one or two places to find pelmeni in Anchorage. After the unfortunate closure of Nane’s Pelmeni on 4th Avenue, my only option was to make them at home with the help of Eastern European Store & Deli, which sells large bags of the frozen dumplings. I’ll be honest, this goes beyond satisfactory as an alternative, thanks to the variety of fillings available, such as chicken, pork, and mushroom. Not to mention all the other fun treats to be discovered at that store.

Still, I had to know whether Pel’meni was able to make a successful transition to Anchorage. So I went in a couple of times last week to see what’s what. For me, what immediately stood out upon stepping in is how uncannily similar the atmosphere is to the other locations, from the utilitarian dining area to the vinyl record collection and large chest freezers lining the kitchen. They even have their own antique cash register. Maybe I’ve been watching too much TV, but I very much felt as though I had wandered into some alternate universe.

As for the dumplings themselves, you only get one of two options—beef or potato. As straightforward as it gets, though I suppose you have the choice to omit any of the aforementioned toppings, but why would you? I was able to sample both fillings, and each one is appreciable in its own right. You have the beef—which was lean, but had a good texture—and the potato dumplings, which were creamy and seasoned well. I think there might have been some cheese mixed in along with the potato, making it all the more desirable.

The pelmeni dough is fairly thick, imparting a rustic quality to each dumpling that makes them ideal for mopping up the sauce. The sriracha adds just the faintest sensation of heat, while the cilantro does what it can to contribute a bit of freshness. I noticed that the type of bread they served here was some kind of nondescript white bread substitute. Supply woes? At least I know I’ve had trouble finding rye bread in stores. Regardless, I ate everything was left feeling satisfied, but not overly stuffed. That being said, one serving of pelmeni may not be enough for others, depending on one’s appetite.

Bread quality aside, this was every bit the same experience I’ve had before in Juneau, between the quiet, casual vibe and the simple, yet satisfying dumplings. Those seeking a mind-blowing gastronomic experience should look elsewhere; instead, Pels serves up affordable comfort food in its truest form. The latest entry to this established Alaska franchise is here—hangovers optional.