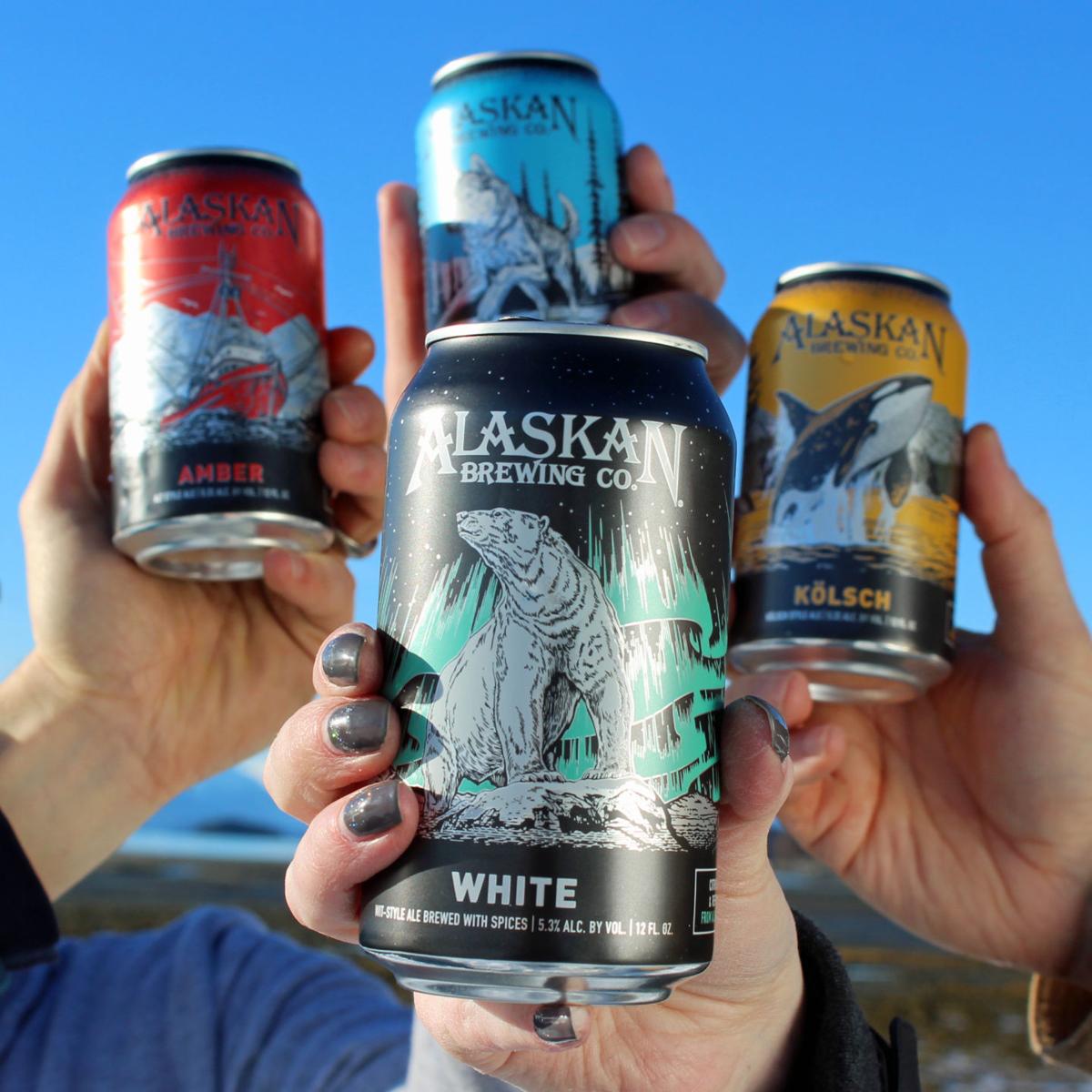 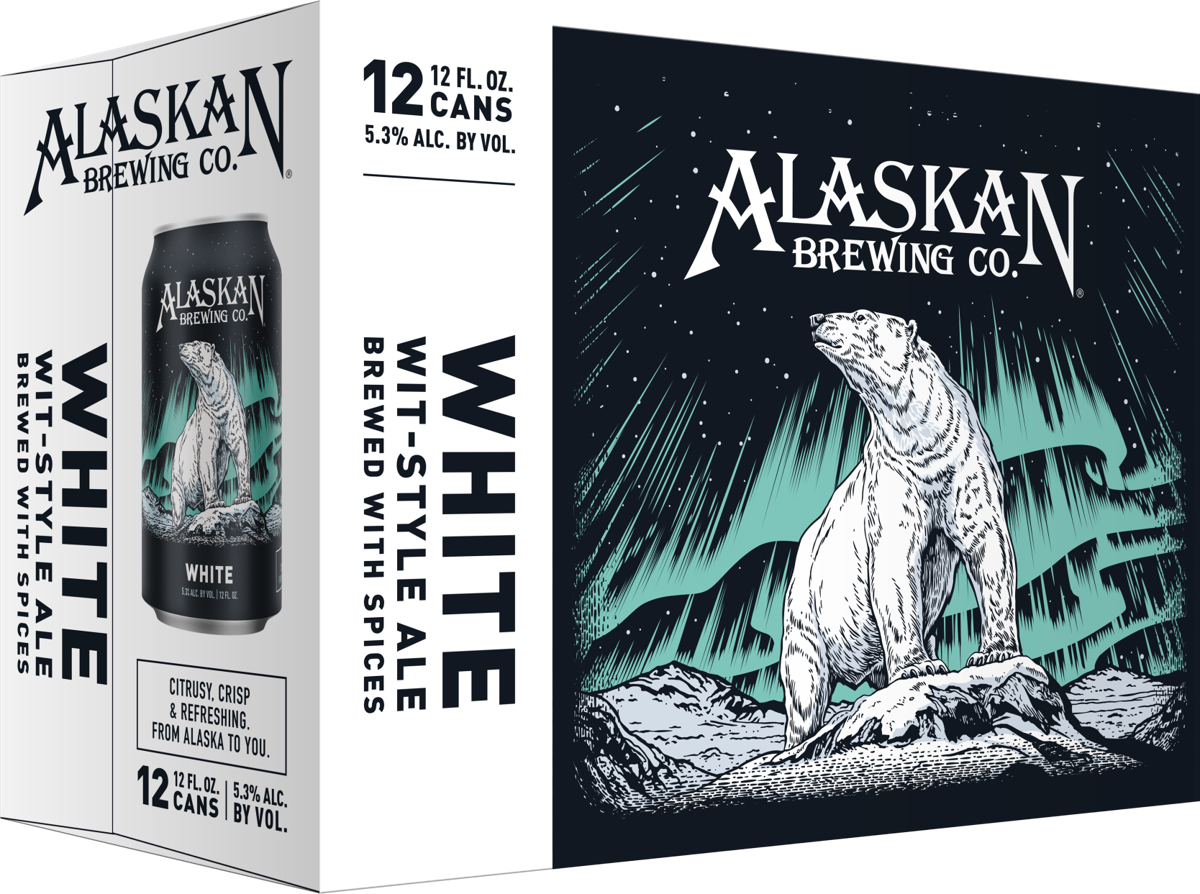 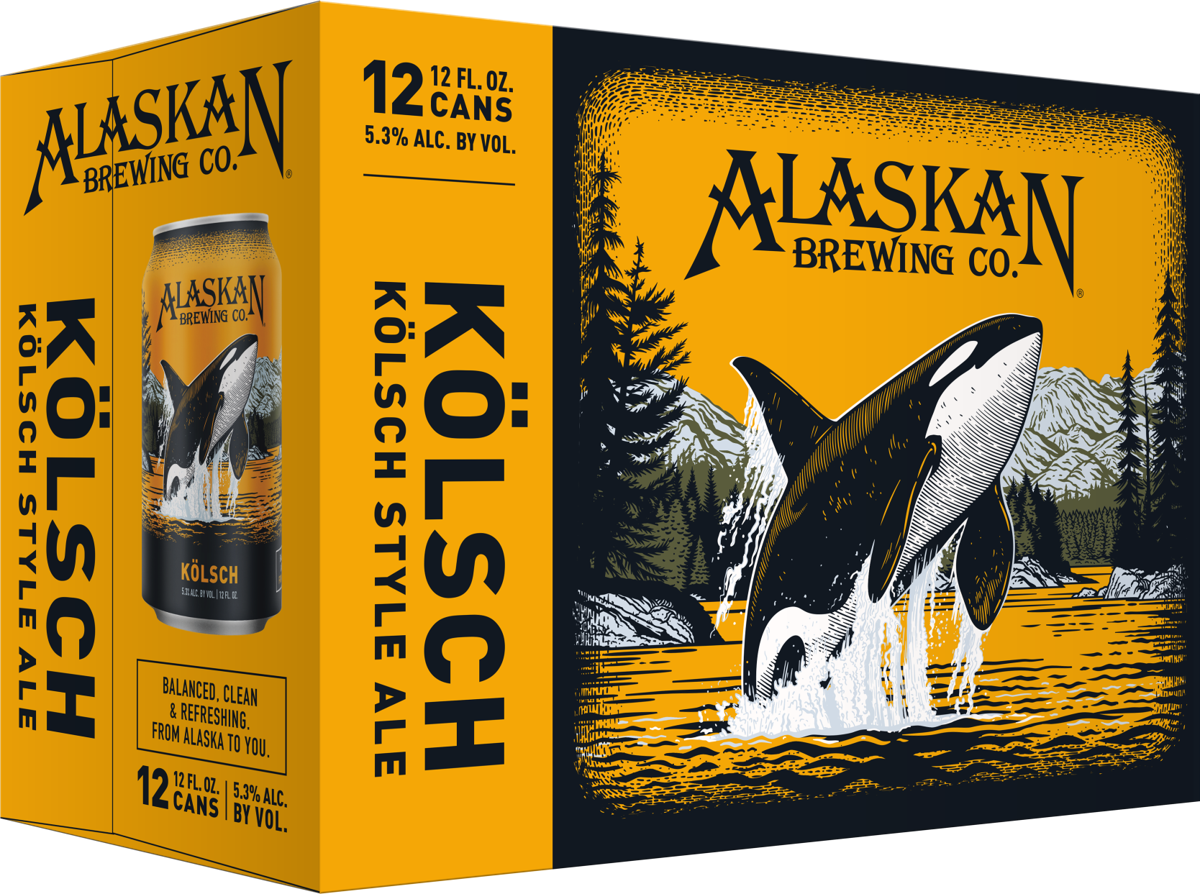 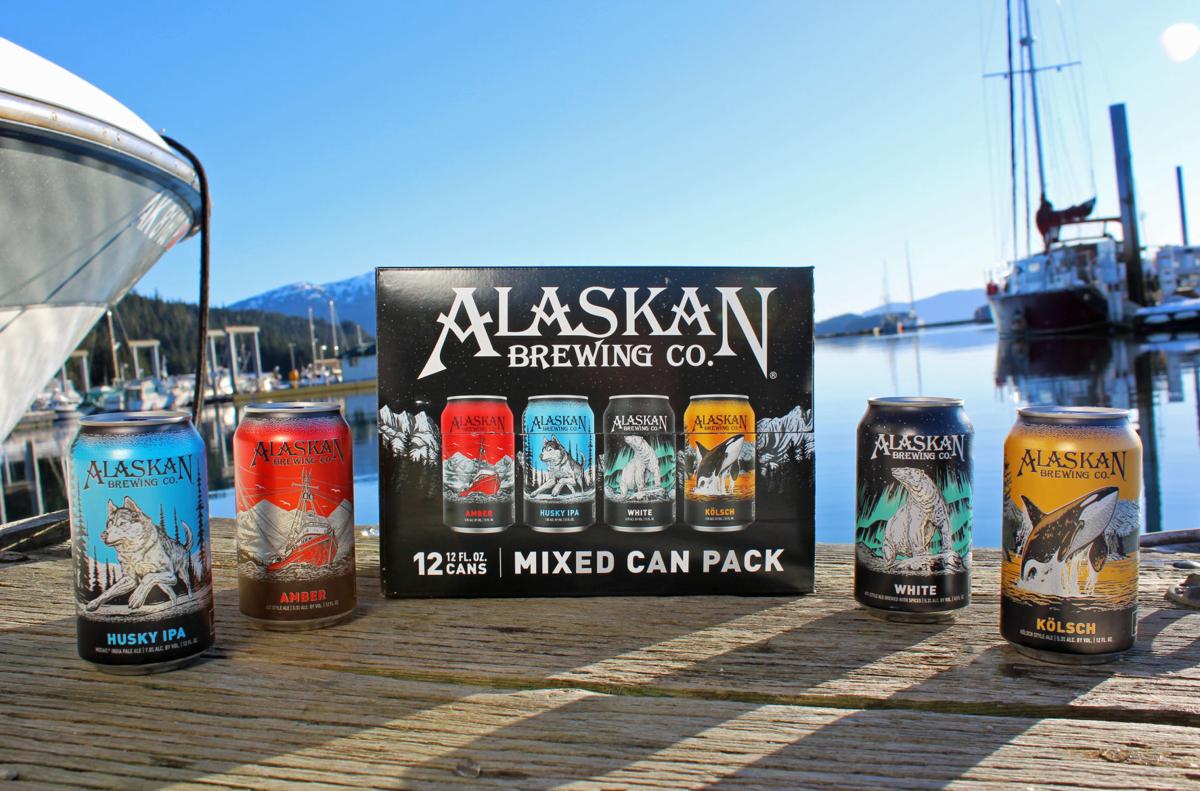 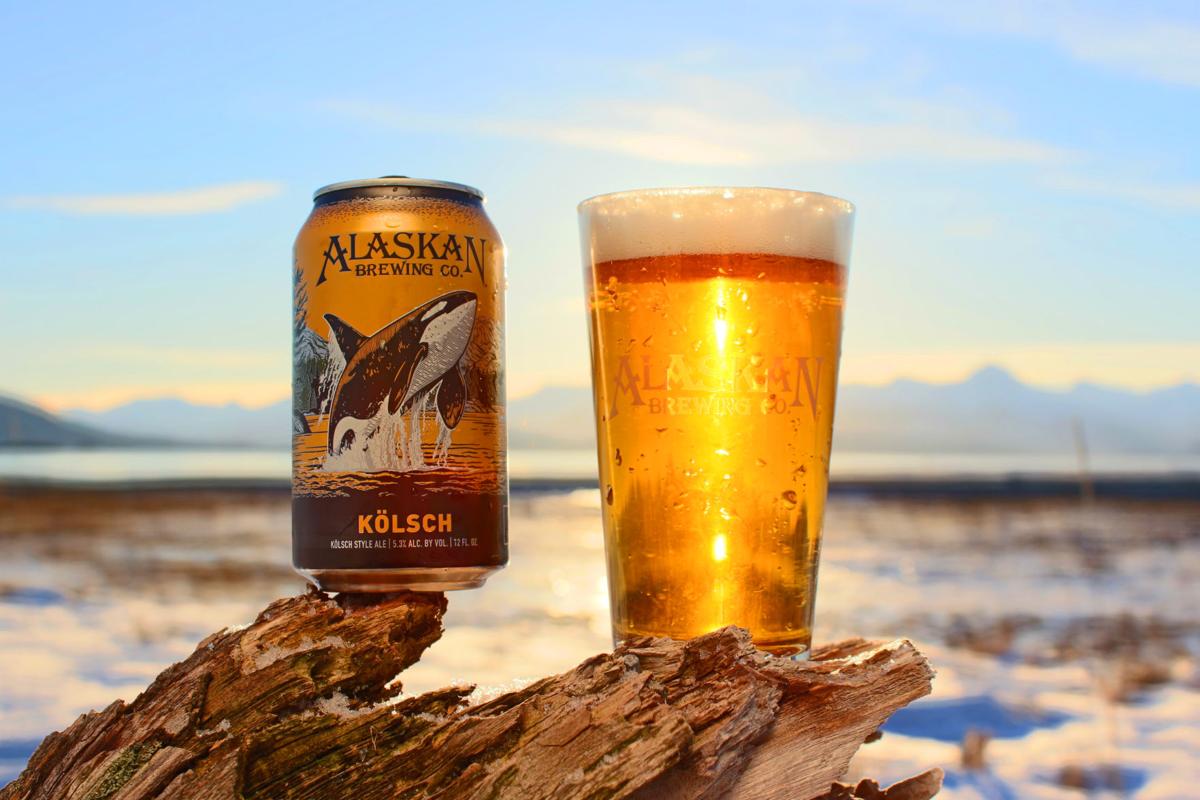 I’m not a marketing guy, but I know cool stuff when I see it. I don’t know how it happens, but when something catches my eye, it works. Have you seen Alaskan Brewing Company’s new label art on their four core canned beer offerings? If you haven’t, check it out.

“Our goal with this redesign isn’t just with the color scheme but the perspective,” says Andy Kline, Marketing Director at Alaskan Brewing Company. “Our old labels were beautiful, but they come from the perspective of just looking through a window. With the new designs, the viewer is pulled into the picture.”

“We went all out and went with the matte finish on the cans because it really makes the colors pop a little more. These cans are much more vibrant,” says Kline.

“Look at the Husky IPA label; it’s as if the dog is going to run right over you,” invites Kline as an example. “We’ve gone from a static representation to an action oriented perspective. It’s really in the moment and the excitement comes from putting the viewer in the element.”

That’s the reason I can’t seem to take my eye off of them. Everywhere I see them, they pull my attention away from anything I’m looking at and right into the beautiful art that now encompasses the cans. I have a very crowded beer refrigerator and these four really stand out in the mix.

Of course, none of this is by happenstance. Marketing is complex and a lot more than just slapping a fancy design on something and hoping that it moves the product. “What’s pretty common in the craft beer industry is determining what audience is buying what package, or what audience we want to draw in. Our perspective with the new cans is that we need to make sure we’re representing that audience. What we’re going after is a younger audience that are taking our canned beers with them on their adventures; that’s what Alaskan’s beers are all about,” says Kline.

It’s not that the old designs didn’t represent the product well, but the new graphics really lend a truly Alaska feel to the beer’s look. Alaskan’s new label art fully connects the excitement of the beer with the vibrancy of our wild and challenging state that just draws us to participating in it.

Still, a balance had to be struck. It’s more complicated to re-design a label than create a new one for a new product. “Don’t forget, we already have a built in audience for our core beers; these customers have sustained us for years. While we add impact, we have to do so without alienating the existing audience,” says Kline.

Hell, I’m 61 and have been drinking Alaskan Brewing Company beers since their inception, and there’s nothing about these new labels that alienate me. I think long-term Alaskan drinkers will feel the same.

Credit Marketing Manager Will Race and Brand Coordinator — and this project’s manager — Tasha Heumann with the incredible results of the effort. Despite using an outside agency for some of the work, any graphic redesign on a product is an internal effort that brings everyone to the table and reminds them of why they do what they do.

“We think of this stuff at Alaskan all the time,” says Kline. “Everyone’s involved. We continually ask ourselves ‘who are we, what is our brand, and what is the strength of it? What do we want it to say?’”

I think the message has been pretty consistent over the years for Alaskan.

I think that explanation is what does it for me, because when I really step back and think about it, the marketing magic Race and Heumann conjured up makes me actually proud of these cans. The trawler on the Amber label makes me feel like I’m in the sea with it. Is the breaching whale on the Kolsch label going to swamp my kayak?

The Alaskan White label is a work of art. “We went totally off script with the White,” says Kline. ‘Hey, what about a night scene?’ The black can with a white polar bear with the northern lights above and behind it is a real departure for us. This brings people with no real feel for that bear in that element into a place they haven’t been.”

At the same time the marketing team was working this initiative, the brewers were busy creating a new summer seasonal beer. Welcome Alaskan’s Blonde Ale to the lineup this year. I got a couple of samples and can tell you this one’s a keeper.

The Blonde is an ale brewed with a delicate touch of wildflower honey that adds a hint of sweetness to a lighter beer that weighs in at 5 percent alcohol by volume and just seems to dance on the palate.

“It’s crisp, clean and very fresh with a low to moderate hop profile that’s a big departure from the IPA world everyone’s wrapped up in. This is a traditional blonde/golden ale that sort of reminds me of our original Alaskan Pale Ale, if you can remember that,” says Kline.

Indeed I do; it was one of my favorites. Expect a moderate malt profile in the Blonde with the wildflower honey and sweetness emerging on the back of the palate. Forget about the hops; they’re buried in this super flavorful, sessionable beer.

Kline and I went back and forth with the flavor profile. I like the lightly bready malt element in the beer, Kline likes the other flavor profiles and the lightness of the beer.

“It’s floral and fruity and has the traditional tastes you find in lighter hopped beers like the Kolsch and Amber; it’s in this one as well,” he describes. “I get an almost melon-like, cantaloupe fruit characteristic, and it’s not coming from the hops. It’s my go-to beer right now. I can drink a couple of them and not get hammered,” he says.

I’m going to have to push some of my Alaskan Icy Bay IPA’s – a current go to beer – over for the Blonde that will be rewarding on the warmer summer days ahead.

Kline hinted at some other things to watch for. Look for Alaskan’s famed Winter Ale to come back this year. I’m excited about that; okay, it’s a long way off, but I always enjoy the beer’s subtle variances every year and drink it throughout the winter season.

For now, focus on the Blonde – if you can get your eyes of the new can packaging – the beer’s out now and will dry up probably late in September.