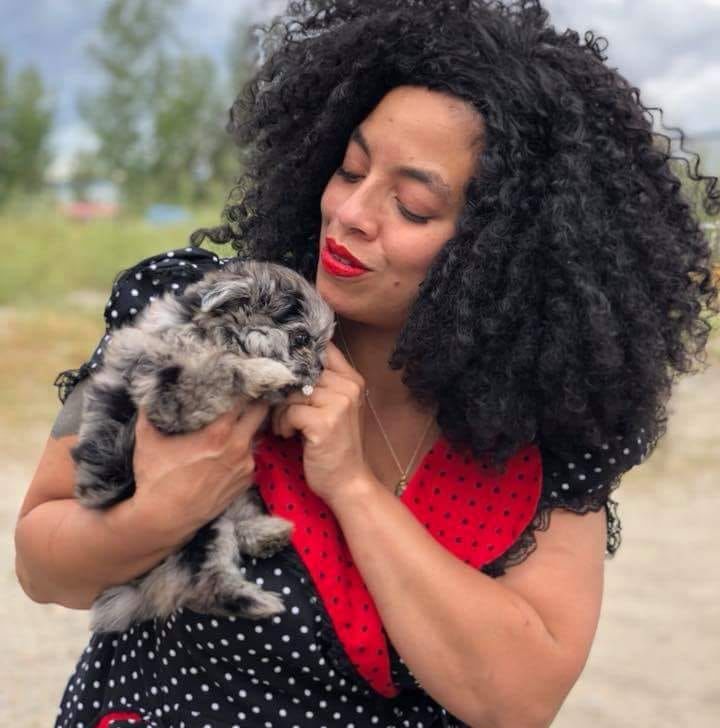 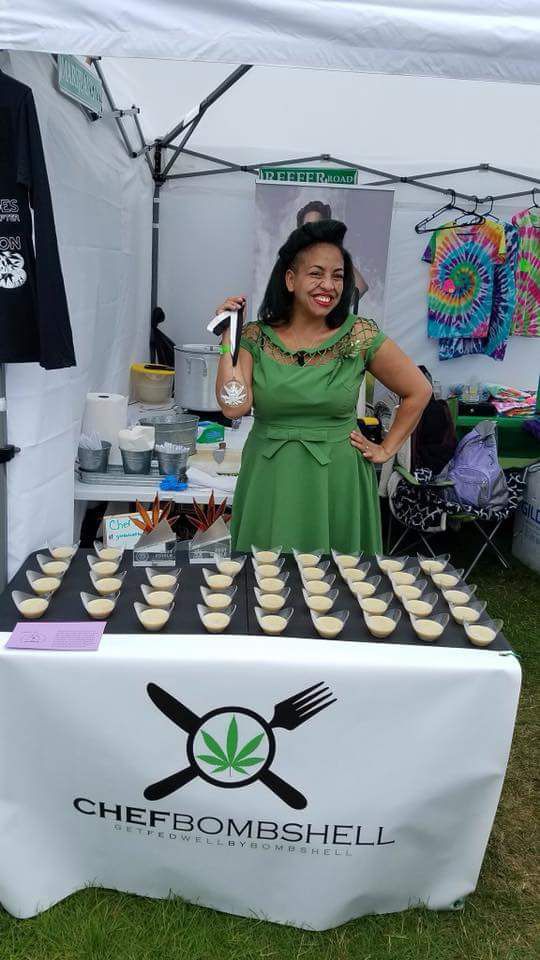 She’s the bomb, alright ... Chef Bombshell, as she calls herself.

She blasted her way to a victory in this year’s Press Picks Best Chef category with a landslide win leaving the competition in the dust by more than 200 votes.

“I just cannot believe it,” said Michelle Larissa, the owner of Bombshell Bites who sings to her customers as she serves them. “And I haven’t been working in a commercial kitchen for more than a year,” she added with a sincere mix of humility and gratitude that the loyalty of her customers who partake of her made-at-home edibles and soups voted in mass for her.

The former Orso’s chef who also worked several seasons as a pastry chef at the Grande Denali Lodge has a brain condition called Chiari Malformation that often causes her to lose her vision and the functioning of her hands.

Approximately seven millimeters of her cerebellum presses down on her spinal column.

“My way of telling people what I have is that my brain is too large to contain in my skull,” she says with a chuckle.

The reality is her condition is no laughing matter.

It causes a variety of debilitating symptoms ranging from neck pain, unsteady gait, balance problems, poor hand coordination, loss of fine motor skills and numbness and tingling in the hands and feet.

Those last two are a real challenge for a professional chef working in a commercial kitchen. Fine motor skills and efficient hand coordination is a basic ingredient for a successful chef.

“I thought my career was over,” the Bombshell Chef said.

The emergence of the cannabis industry in Alaska has put her cooking back on the map so to speak.

From childhood she learned about cannabis and its health-related benefits.

She learned from her father – a disabled veteran – regarding how cannabis is infused in to food products – especially soup.

Her at-home kitchen produces a variety of cannabis-infused products and her food is sought after by cancer patients and veterans all seeking the relief benefits of cannabis.

She doesn’t sell her products. The folks she serves offset her costs of the non-cannabis ingredients in her products – for instance the gobs of chicken and vegetables she includes in chicken noodle soup.

She looks forward to when state authorities regulating the cannabis industry settle the on-site consumption issue.

“I want to be able to cook in my kitchen and allow people to enjoy the product right there and for me to be able to officially teach them how to include cannabis in their own cooking,” she said. “But until the state figures it, I remain respectful of AMCO (the Alaska Marijuana Control Board) and wait. But I am just dying to start my own teaching kitchen and retail shop.”

She does attend the circuit of various cannabis industry trade shows in Alaska and the Pacific Northwest. Where allowed, she cooks up delectable edibles and soups and teaches as she can.

Her deep pulsating voice belting out the words, “Hey everybody, hope you are feeling alright. I am here to feed you my Bombshell Bites. Come check out my menu and have fun alright,” has earned her the nickname, “The Siren of Soup.”

She is a real believer in the use of music along with cooking and serving people.

“Music just sets the right tone; music makes it festive, which is what eating and food is supposed to be about as you bring the nutrients in to your body to fuel your body,” she said.

She will be at the Catalyst Cannabis Company at 9900 Old Seward Highway in Anchorage on Wed., Sept. 19 from 6 to 7 p.m. verbally sharing her immense knowledge of cooking with cannabis through its monthly, “First Hit Series.” Sorry, folks, she won’t have any samples to taste – that still is not allowed in Alaska at such a show and she simply won’t break the rules, she said. But she will share her secrets and some recipes for cooking with cannabis.

The one secret that really isn’t a secret because she pretty much mentions it to everyone in nearly every conversation about using cannabis in cooking is this:

Chef Bombshell admits she was “horrible” at cooking with cannabis when she first started – mainly because she wasn’t patient enough with the process to infuse the product with food.

“People think they can heat it up fast to save themselves some time,” she said. “But no way. You just end up ruining your product. Taking your time to heat on low and do it slow and you end up with a much better, more enjoyable product and you don’t end up cooking all the THC out and weakening the effectiveness.”