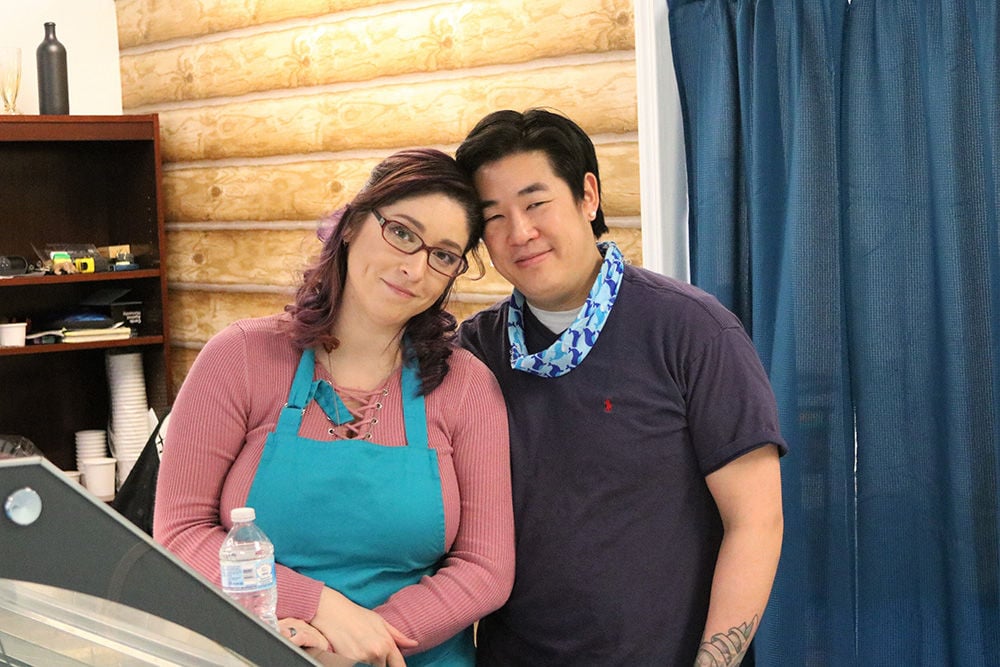 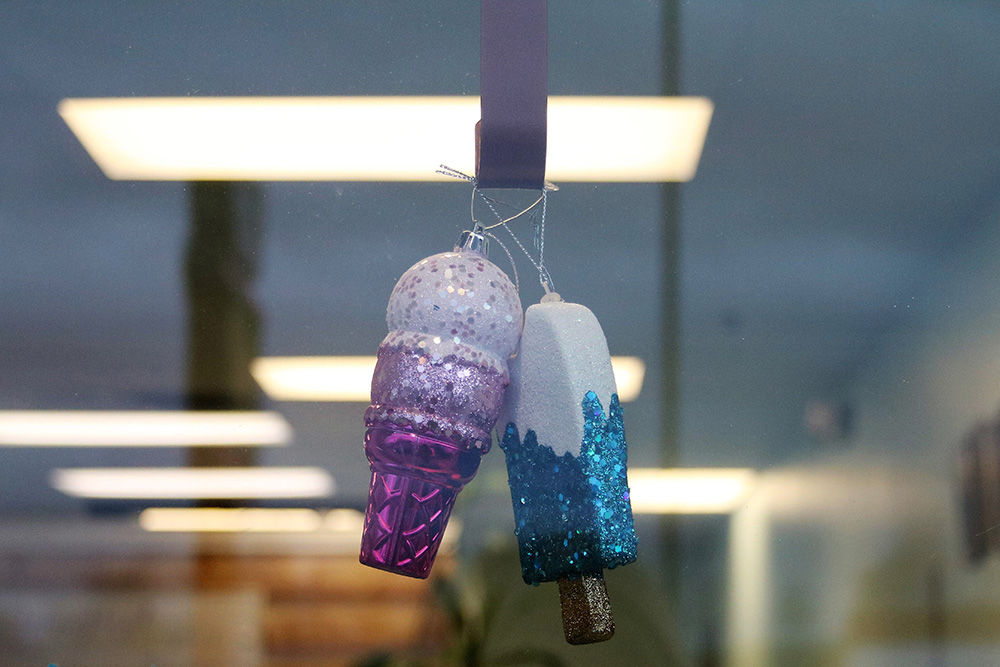 Newlyweds Peter and Taian Trujillo-Woo have opened their own ice cream shop off of Arctic Boulevard, WooHoo Ice Cream. The husband and wife duo have been married for four months and are diving headfirst into their first entrepreneurial endeavor.

“I think everybody has always wanted to run an ice cream shop at some point and time in their life,” Peter said.

There was a period of time where there were a number of deaths in the family, so Peter took time off work to take care of personal matters. He had to fly around the country a lot, and after coming back home, finding a job was hard.

After a year and a half of searching, he decided to make his own.

Peter began experimenting with ice cream and uses honey instead of sugar. The sugar makes the ice cream too grainy, he says. The Woo’s don’t use egg in their product, either.

“You wouldn’t believe how much sugar goes into ice cream,” Peter said.

They like to use local ingredients when they can, like chocolate from the Modern Dwellers Chocolate Lounge in midtown. They’re looking to incorporate teas from local businesses in their tea-flavored ice creams in the future, and might start serving coffee.

Peter’s favorite flavor is cookies and cream, but Taian’s is “whatever is on the spatula.”

The name of the shop is a play on words of their last name, Woo. They have fun with the names of flavors, too. Rocky road is called “summer construction,” and “velvet thunder dark chocolate” is named after a reference from the Fox hit, Brooklyn Nine-Nine.

There’s a white board in the shop that patrons can vote for a free tasting of a flavor they choose, and the Woo’s will make it happen. This month’s is mint chocolate chip.

Even though they’ve only been open for several weeks, business has been pretty steady. A lot of that comes from word of mouth, and they already have regulars in the store.

WooHoo Ice Cream’s grand opening was Saturday, Dec. 9, but if you missed it, there’s still enough ice cream to go around. The shop is open Tuesdays through Thursdays from 2 - 11 p.m. and Fridays through Sundays from noon to 11 p.m. WooHoo Ice Cream is located at 5881 Arctic Blvd.