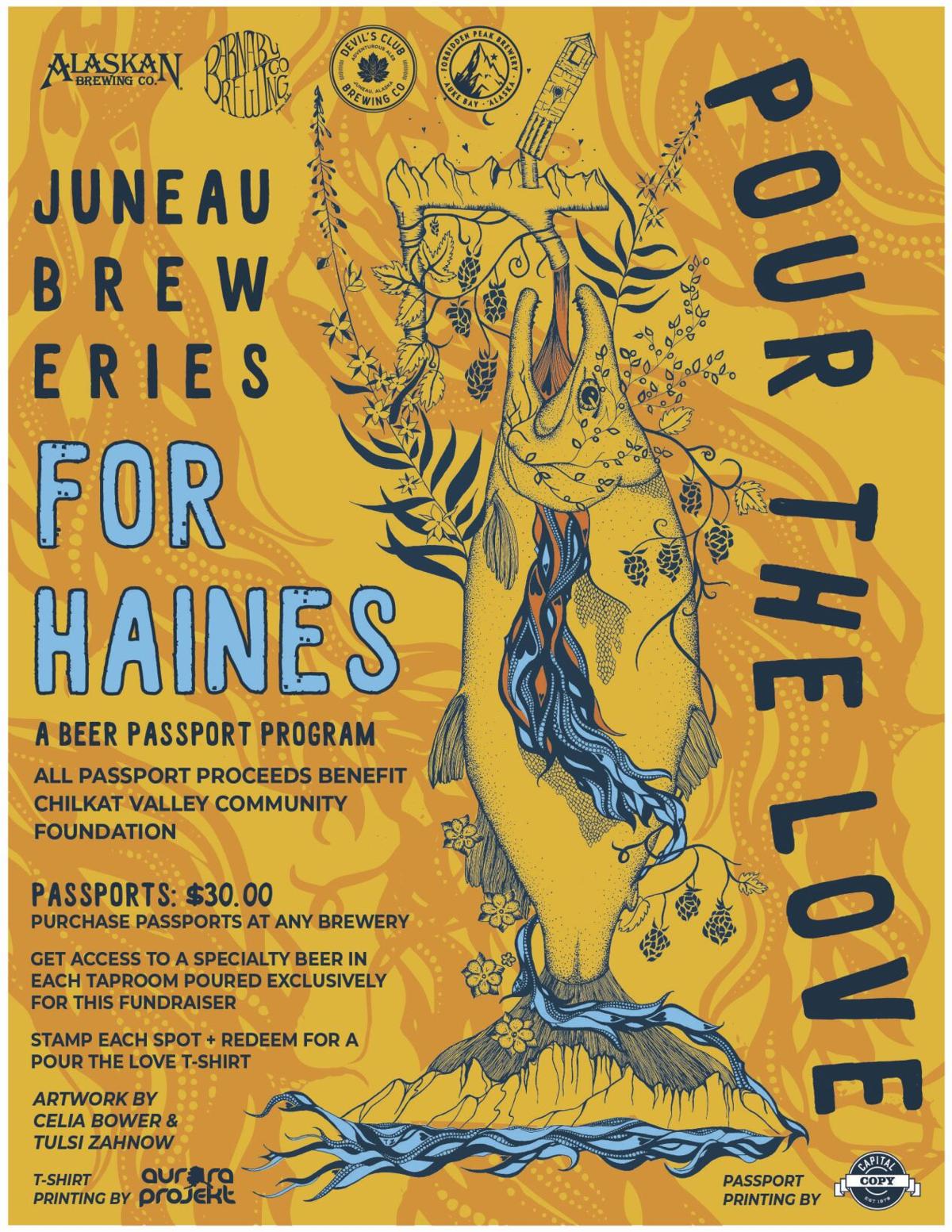 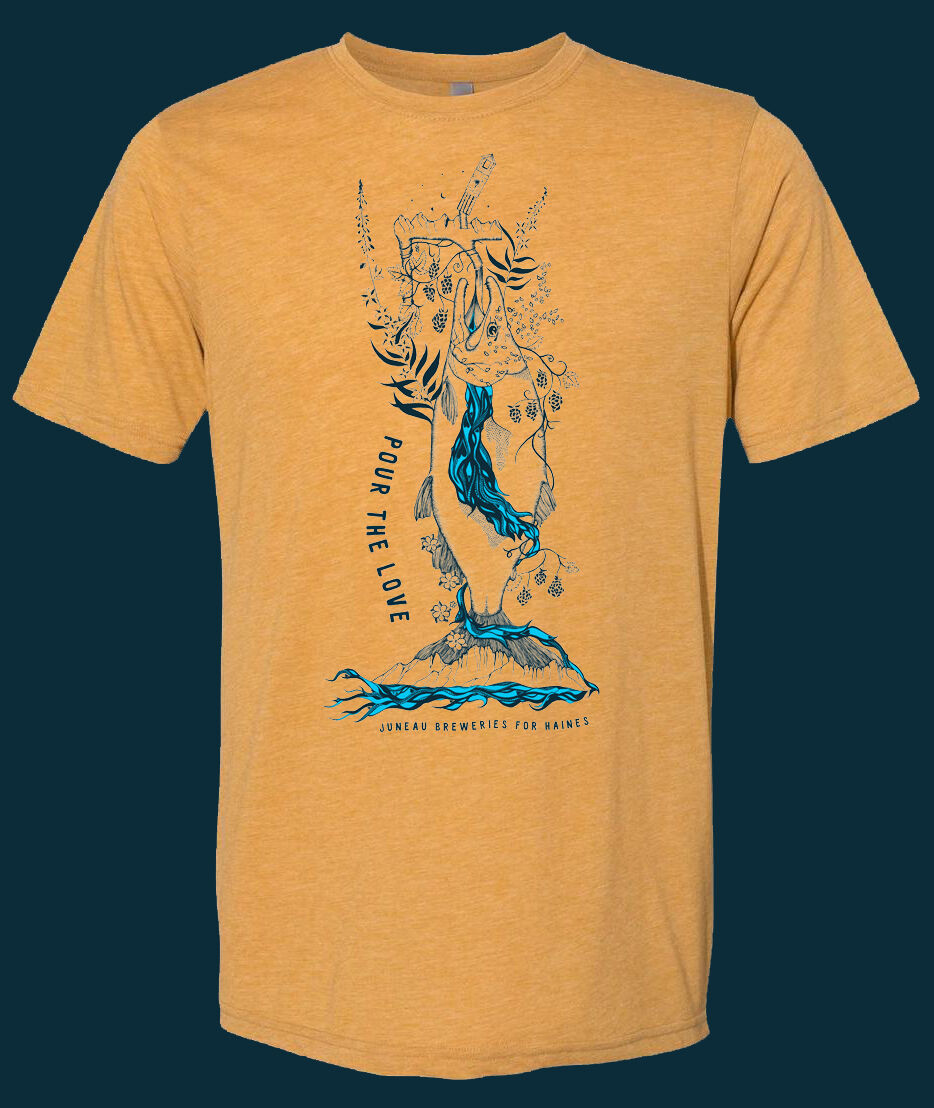 Valentine’s Day is for lovers. That’s a cliché. Valentine’s Day can be a beer day if you know what to look for and where to find beer-inspired celebratory elements. I can work this angle because I love beer, and love to give, but would rather enjoy and give beer than chocolates, flowers or other gifts.

Last October I heaped the praise on 49th State’s Thundershuck Alaska Oyster Stout, a similar, but completely different beer. Thundershuck struck me, all right; at the time, I’d proclaimed it was the best beer I’d had so far in 2020. The beer was as much an experience as it was something to drink. The noteworthy character of the oceanic salinity was transforming for me; drinking the beer really gave me the sense that I was out on the ocean, an experience I returned to as I continued to go back and get more of the 16 ounce cans of this incredible beer.

Aphrodisiac isn’t just the same beer on steroids. It’s bigger, as you’d expect from an imperial stout. Thundershuck weighs in at 6.2 percent alcohol by volume and Aphrodisiac weighs in at 8.6 percent, and the booze is more balancing than noticeable in this standout brew. What makes Aphrodisiac stand out is the addition of Peruvian cacao nibs and Tahitian vanilla beans and the contribution that conditioning in Old Fitzgerald 8 Year Whiskey barrels lends to this truly alluring and certainly complex beer.

The same oceanic salinity easily pushes through in this beer, intertwined in the swirling vanilla notes, chocolate, coffee, and background hints of both the wood and the whiskey. Hops are just background and balancing and don’t interrupt the other flavors. There’s less hop bitterness in Aphrodisiac than there is a stout’s roasty robustness. If you like big, bold beers packed with flavor, enjoy some on tap at the pub and grab a 500 ml wax-sealed bottle to bring home on your way out. This beer’s good right now, but I’m putting one in my cellar to see how it changes in a year or two.

There’s another very special way to show your love this year, but it doesn’t have to do with your partner.

Alaska’s four Juneau breweries got together and launched a program called Pour the Love that directly benefits their sister City Haines in the ongoing and future relief efforts following the December 2 landslide there destroyed homes, roads and cost the lives of two residents.

Alaskan Brewing Company, Forbidden Peak Brewing Company, Barnaby Brewing and Devil’s Club Brewing got together and created a passport program that encourages people to visit the brewery and try specially designated beers. All of the proceeds from the $30 passport purchase go to the Haines Chilkat Valley Community Foundation. The fund established for this effort is endowed, and proceeds are matched one-to-one by the Rasmussen Foundation, making the effort all that much more helpful for a community in need.

Haines is very special to Juneau, and vice versa. “Haines is so close to the Alaska brewing community’s heart,” says Devil’s Club Brewing’s Evan Wood. “Every year they host the Haines beer festival. Haines is one of our favorite places on earth; the people there are so kind and welcoming. We put our heads together to come with a way to help out, and at the same time make it fun, safe and get people out and visiting our breweries again,” he says.

“After the initial recovery efforts, there’s a second wave of ongoing needs in Haines that’s tougher to get funding for. The brewers in Juneau were scratching our heads, wondering how we could connect and do something together,” says Forbidden Peak Brewing Company’s Skye Stekoll.

Last year, the Juneau Rotary sponsored a passport concept for the breweries and it was hugely successful, so that’s what the brewers latched on. Through Pour the Love, participants purchase the passport and visit each of the breweries to try the special beers. When the passport is filled, participants can turn it in at any of the breweries for a one-of-a-kind locally designed and locally produced beautiful t-shirt that “depicts beer being poured from the Seven Sister’s mountains in Juneau to a thirsty salmon and through fireweed, hops plants and forget-me-nots to become the Chilkat River through Haines. The artists express a connection of community, nature and the power of beer to bring people together,” reads a press release on the program.

“This disaster didn’t just happen in December and it’s over now. It’s ongoing. In Anchorage, in Juneau and throughout Alaska, the really terrible event in Haines hit home for everyone and we tried to figure out how we could get together to let them know that we continue to support them through long term reconstruction,” says Andy Kline of Alaskan Brewing Company. “It’s Valentine’s Day and its fun to tie in the Pour the Love thing. This weekend is the launch of the month long program and it corresponds with the end of Alaska Beer Month at the same time,” he says.

“Haines is hit hard this year, not only because of the December disaster. All of southeast is dreading the devastating effects that the cruise ships being cancelled is going to have this year. Then there’s the cancellation of the beer festival; Haines needs our help,” says Mat Barnaby of Barnaby Brewing in Juneau.

Barnaby’s got his own special love for Juneau’s northern neighbor, 94 miles up the channel by ferry. “Haines is sort of like a summer home for Juneauites; I think if it was bigger everyone would live there. During fest time, the community opens up for all of the visitors that flood the little community, and they openly welcome it and tolerate all of the mayhem and chaos that a beer fest brings. Haines was the first beer festival we ever poured at, so it’s very special to us. We’re using the influence of our four Juneau breweries together to help them out.”

Haines has a brewery too. Haines Brewing Company’s one of Southeast Alaska’s oldest brewing institutions. Established in 1999, the brewery’s been an icon, and some of my most memorable beer experiences has been visiting the brewery when it was located for 16 years on the old White Fang movie set and participating in the annual Haines beer festival, one of the very best this state has to offer.

The brewery moved to Main Street in downtown Haines in 2015 and remains a stalwart community icon in this small Southeastern town.

“We got a call about the Pour the Love program out of the blue from Andy at Alaskan and I immediately got all choked up,” says Haines Brewing’s Jeanne Kitayama. “This is so generous and there is just so much energy in all of this. Of course we wanted to know what we could do,” she says.

Haines is sending beer to Juneau that will be available at two prominent beer serving establishments there: the Hangar and the Island Pub. “We’re sending our Dunkles,” says Kitayama.

Dunkles is a Munich Dunkel, a malty dark lager, and a specialty beer in Haines.

Barnaby’s passport beer is Lagniappe, a barrel aged stout flavored with cinnamon, vanilla, cocoa nibs and aged in a barrel for over a year before habanero peppers are added before the beer goes into the bright tank. Forbidden Peak in Juneau is featuring Uncommon Kentucky Common, an obscure style that’s described by Stekoll as best resembling a dark cream ale. Devil’s Club is offering Fields of Blue 2020, a wild blueberry Saison fermented with the brewery’s house blend yeast and fermented on local breweries and aged in oak for two years, and Alaskan Brewing Company’s offering is POG, or a passionfruit, orange and guava beer. This is a sour beer and is a huge departure in style for Alaska’s oldest continuously operating brewery.

This is all fine and great from our southeastern neighbors, but how can we help from up here in southcentral Alaska? We all love Haines too, right?

“For people outside of Juneau that want to contribute, point them to any of the breweries’ websites and their merch section to buy the commemorative t-shirt and a copy of the passport,” says Alaskan’s Kline.

I might not be able to participate and enjoy the noteworthy beer offerings, but I’m ordering my t-shirt as my way of pouring a little love on Haines.