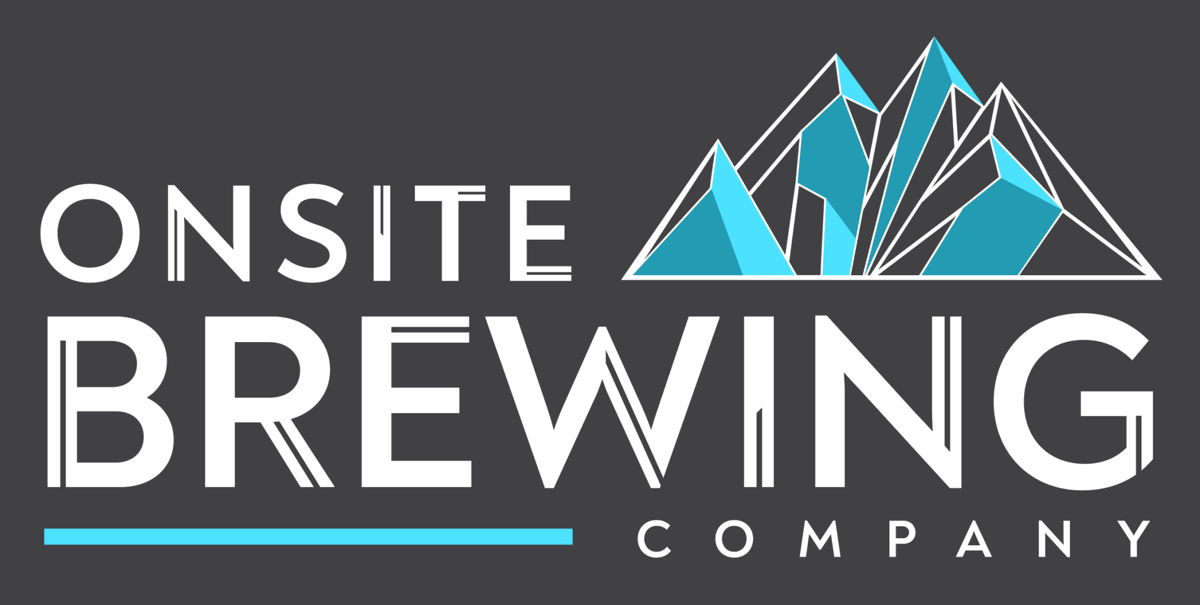 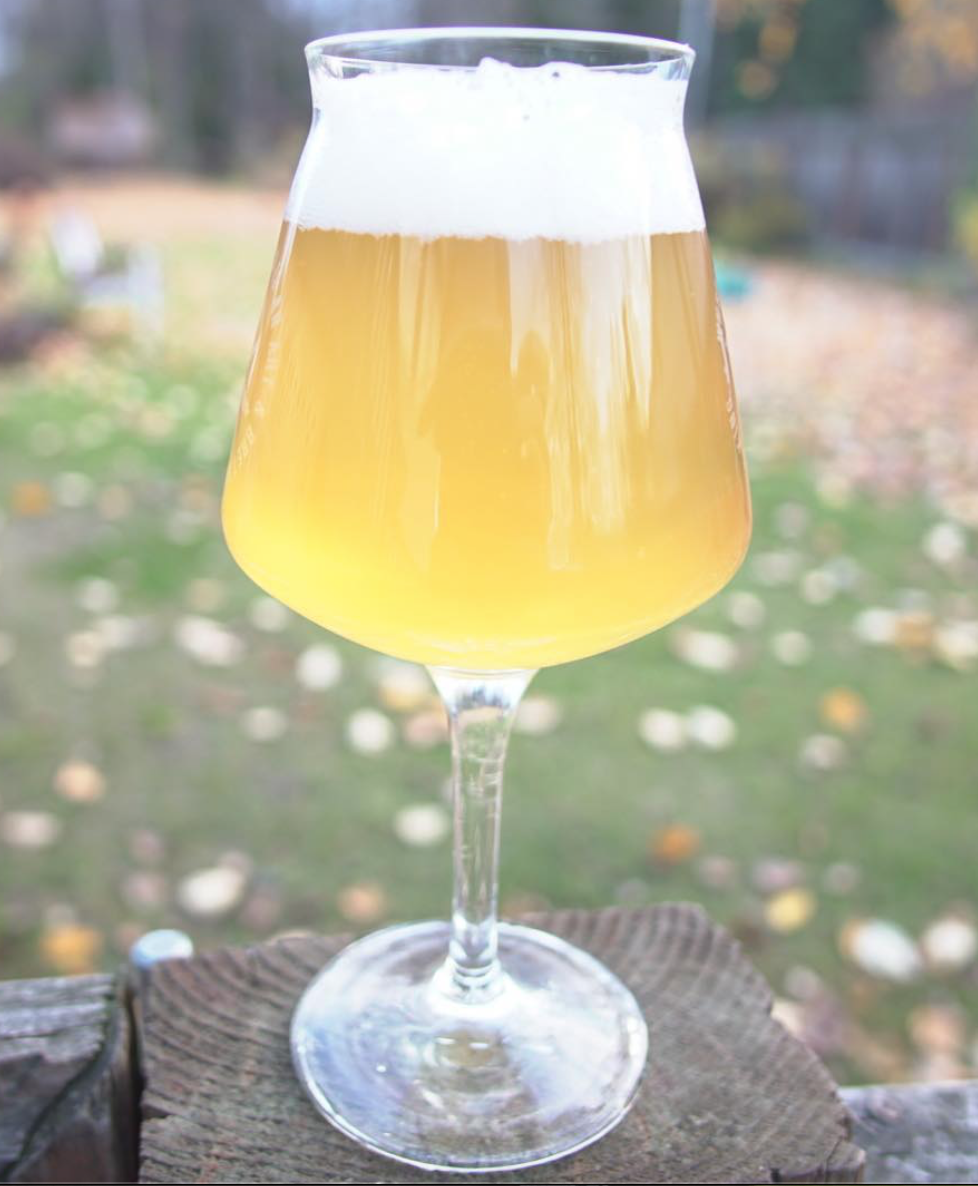 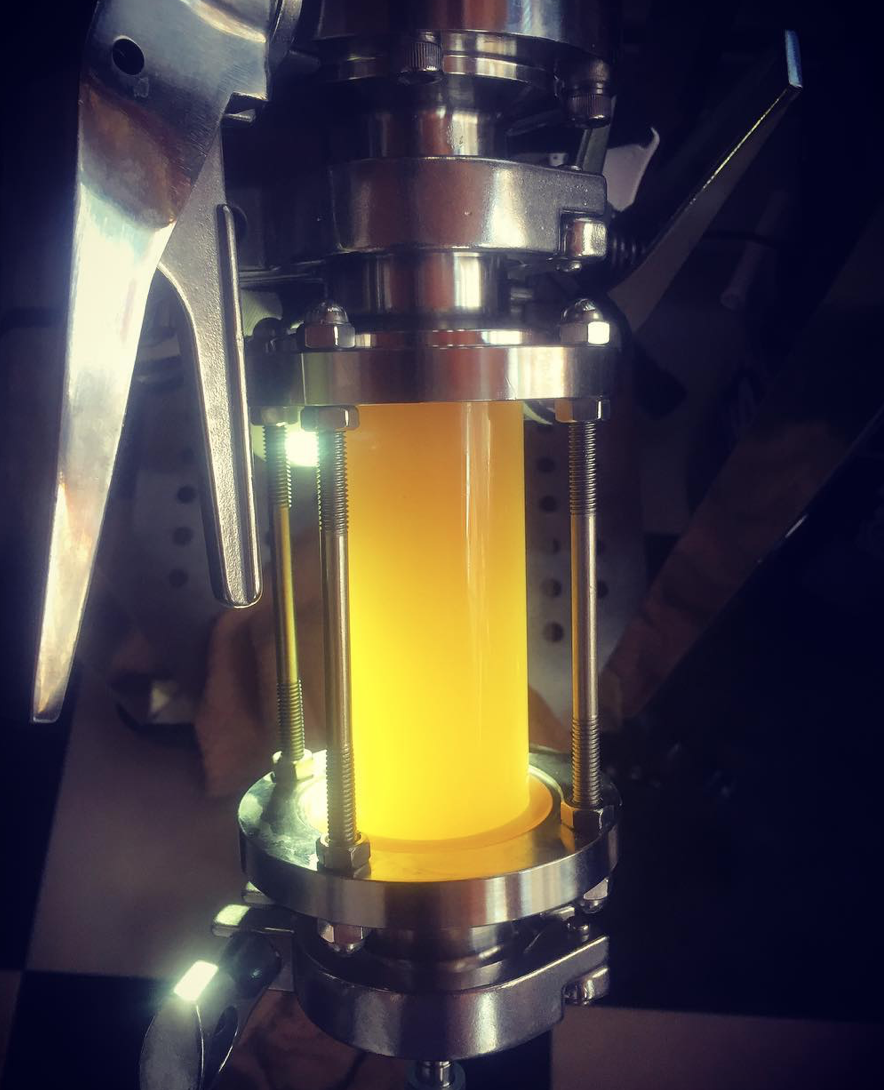 “We are both climbers and we needed something to do when we aren’t climbing,” says Amber Jackson of her and her fiancé’s – Tom Chambers – decision to open Midtown Anchorage’s first Brewery, Onsite Brewing Company.

Jackson and Chambers are “homebrewers gone good” which describes homebrewers that obsess with the art and alchemy of the hobby and take it to a higher level. I know of very few professional brewers that didn’t start out as homebrewers.

“We started homebrewing and that turned into this crazy obsession,” says Jackson of the hobby that brought them toward opening Onsite on Denali Street across from where Table 6 is located.

The duo’s love for beer started in Washington. Craft beer is rich in the Pacific Northwest and depending where you find your information, Washington ranks in the top 10 states when ranked by breweries per capita in a nation that boasts over 7,000 breweries representing America’s exploding love affair with locally produced suds.

Statistics – even in our state – are sketchy, and by my count, Onsite will become Anchorage’s 10th brewery and Alaska’s 41st. If you think that’s a lot, as of last April, Alaska didn’t even make to top 10 list of states with the most breweries. It doesn’t matter, we have the best beer in the world up here and there’s plenty of room for more.

“We started in Seattle and moved up here for my job about two and a half years ago,” explains Jackson. She’d never been here before.

“Tom lived in Haines for a while and was a professional guide in that area for a long time. I got a job with the Municipality that allowed us to move up here,” says Jackson. “My first experience of coming to Alaska was driving across the border. It was quite a leap for me to just accept a job and move 2,500 miles to the next state.”

Jackson’s and Chambers’ intense love for outdoor adventure sports brought them here, defined their vision, provided them with an anchor and even named the brewery.

“We’re both climbers and we need something to do when we aren’t climbing. When Tom’s off the mountain, he needs rest. We decided we wanted to start a business and really liked the idea of a brewery and thought Anchorage could use another one. We want to help expand the Anchorage beer scene,” says Jackson, although opening a brewery and running it hardly sounds like “rest” to me.

“Our name has two parts,” explains Jackson. “’Onsite’ means to finish a climb the first time you try it. The name works because this brewery will be our first business, the first one in this area and we want to finish it and be successful.”

When I looked up the definition of onsite, I found that it means the climber doesn’t have a lot of information beyond perhaps where the route is and maybe the grade and that the climber is able to complete it on the first attempt. Jackson and Chambers both know more about brewing and what it takes to get started in Anchorage. They are just finishing up with licensing and just starting construction to build what will be Anchorage’s smallest brewery.

“Our construction just got underway and we have our final permit. We get zoning approval on June 7, and it’s the last permit we have to get while we’ll be finishing up the taproom,” says Jackson.

Expect an adventure themed build and feel at the midtown location. “We’re creating sort of an industrial outdoorsy theme where people, adventurists, can come in and plan their next adventure and talk about the last one. The place will be outdoor-inspired. We’ll monitor and post the weather conditions in the Alaska Range. People can print off their trip reports. We’ll have a wall with magnets for pictures and descriptions of their latest adventure; kind of an adventure wall,” says Jackson.

Jackson and Chambers won’t be homebrewing at Onsite. They’ve sourced a professional Ss Brewtech 1 barrel nano brewhouse that’s on site and waiting for installation as part of the build. Just for reference, one barrel of beer is 31 gallons. The familiar “half barrel” or standard keg is 15.5 gallons.

I wondered about future plans. Watching so many breweries open up here and quickly wish they were bigger was on my mind. Being situated in the center of Anchorage and proximal to R.E.I, a premier adventure sport hub a block and a half away will create a big draw for the small brewery that I sense will instantly grow a big cult following.

“We might expand later, but our plan is to see where the one barrel system takes us. Yeah, we’re open to the idea of getting bigger, but want to do that organically and we’ll start by supplying people what they want,” says Jackson. “Our biggest concern is getting started and running out of beer.”

Expect draft-only service when the brewery opens sometime this summer and optimistically in July or August. Growler fills are a possibility, but Jackson and Chambers want to ease into the operation. “We’re going to start small and do a proof of concept while we play a little bit and figure out the market; figure out what people like and how to best sustain that,” says Jackson.

The outdoor adventure theme is super cool, but what about the beer? “We are playing with new flavors and staying up with the latest trends and unique flavor profiles. We are saying we’re doing American style ales with an Alaskan twist. We’re all about local ingredients and using new brewing techniques to make new types of beer, but we’ll keep it mostly American,” says Jackson.

Onsite’s plans are to start with an IPA or two, a pale ale, a stout and another couple of lighter offerings. It’s all in the planning stages and Jackson and Chambers are putting in their first grain order this weekend.

Food trucks might be baited to location at Onsite since it’s a brewery only, but I really like the team’s idea of capitalizing on local flavors nearby. “We haven’t really thought it out entirely, but we want to have a lot of menus from places nearby that can deliver because we’re surrounded by a lot of excellent food here in midtown,” says Jackson.

Want to be a part of this? To help with unexpected high costs associated with the municipal permitting process Onsite launched a Kickstarted initiative at kickstarter.com/projects/amberjaxon/onsite-brewing-company. Reach in and contribute; your participation will help complete the tasting room in the small brewery and help bring us another great place to drink local beer and share our Alaskan adventures.

“What are we all about,” answers Jackson to my question? “We want to take inspiration from the environment around us and the adventures that inspire us. We’re going to be the young kids in the beer scene, ready to work hard to make adventure inspired beer in a community that wants to support us,” says Jackson.