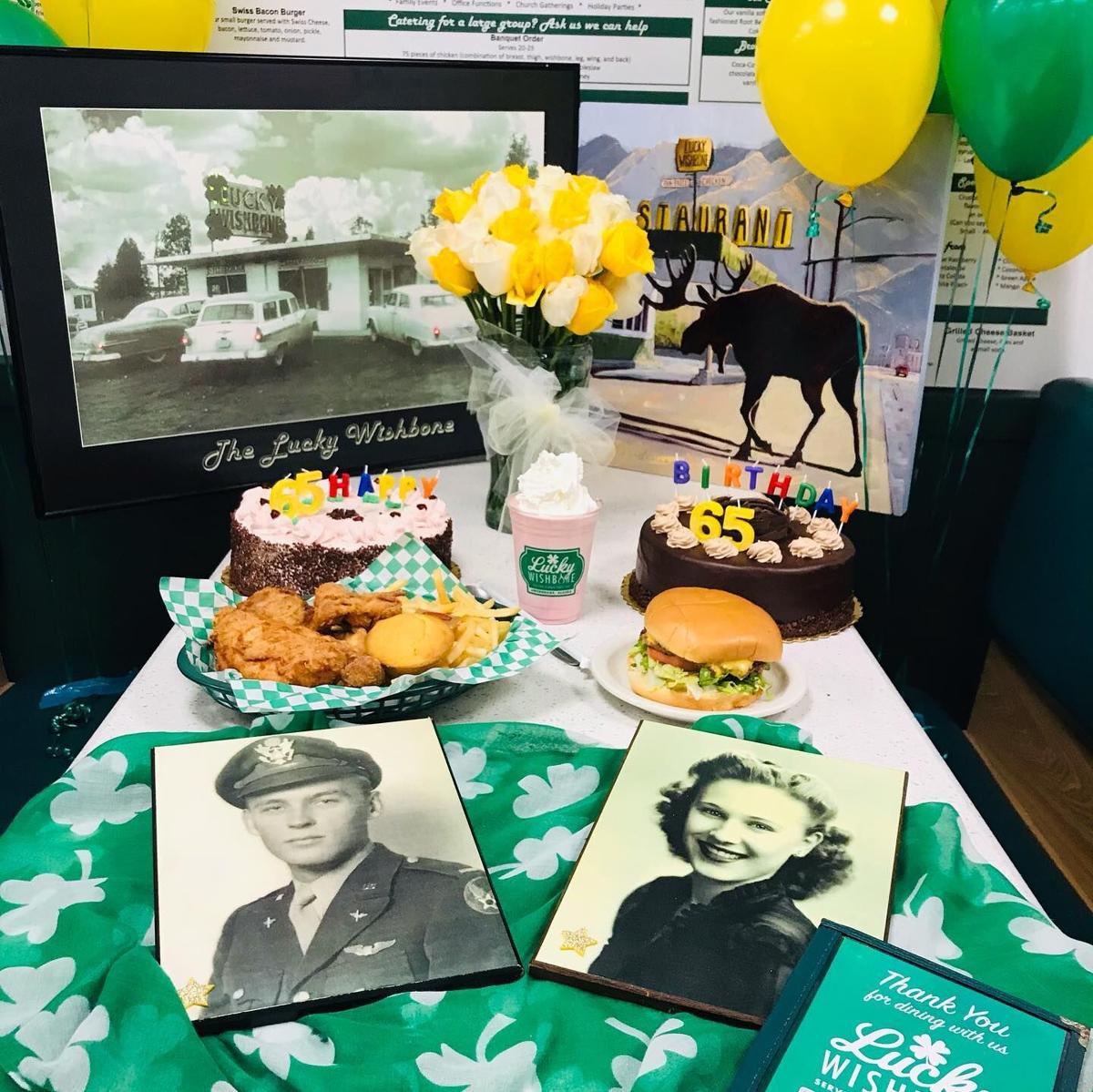 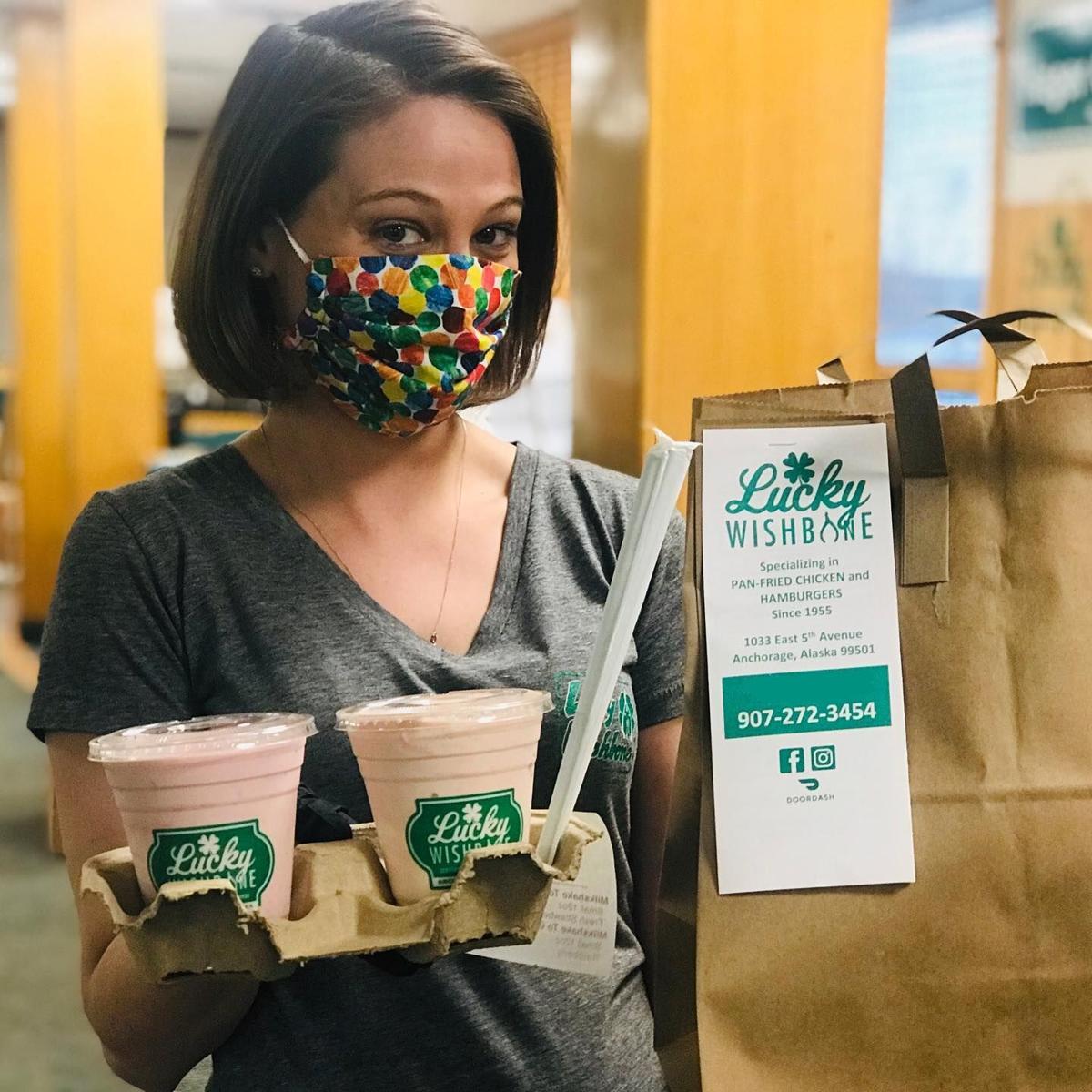 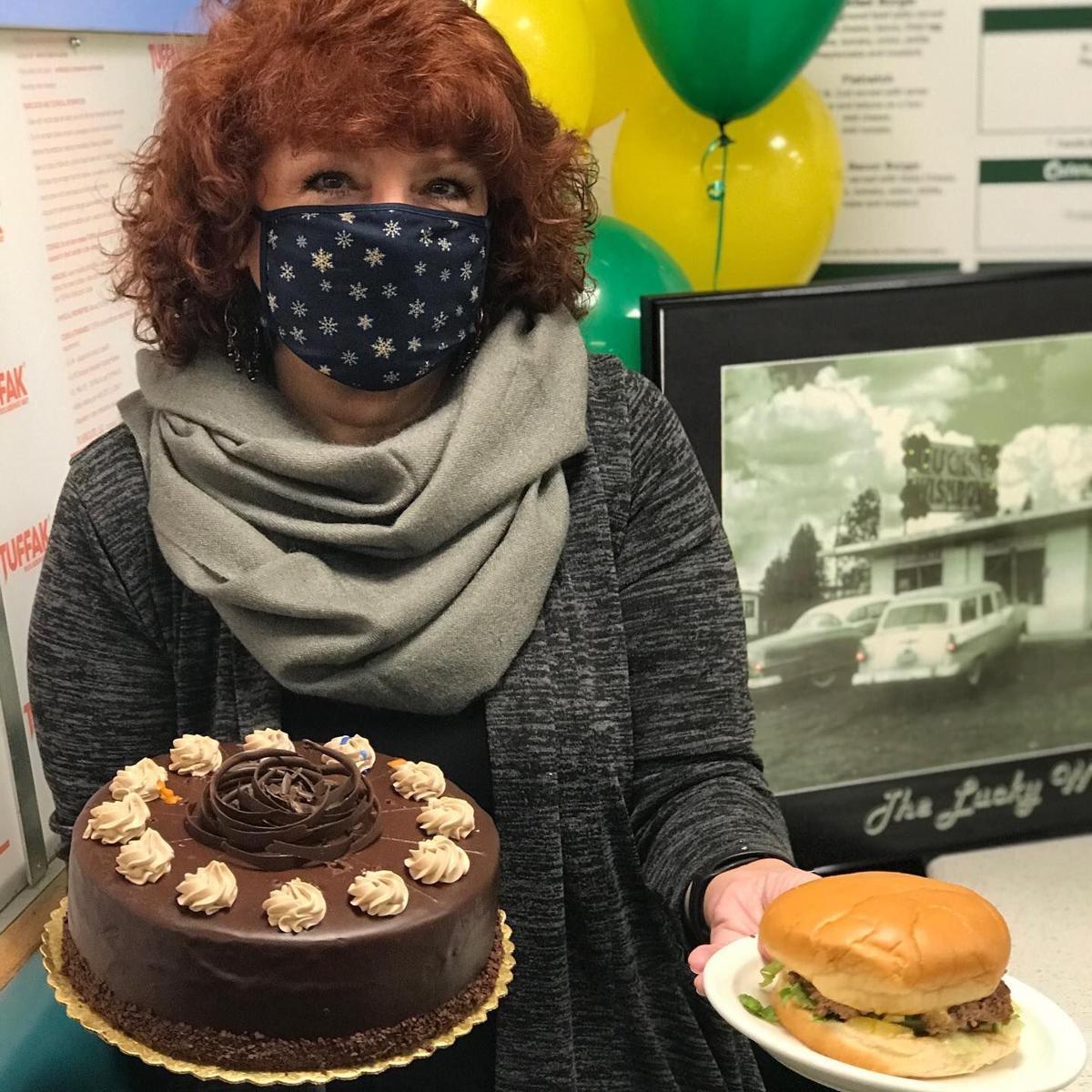 On Monday, November 30th, local favorite restaurant The Lucky Wishbone celebrated its 65th anniversary of business operating on the edge of downtown Anchorage. George and Peggy Brown opened the restaurant in 1955, just 11 years after the couple was married. What started as a small place to get some great fried chicken is now a landmark location and staple of the local cuisine experience.

When it was time to sell the restaurant, the Browns knew that with a business that is steeped in tradition they needed to find new owners that loved it and its clientele as much as they did. Heidi Heinrich and Carolina Stacey were the perfect choice. Heinrich had been an employee of the restaurant since 1979, starting as the first ever hostess and eventually making her way up to general manager. She knew the business inside and out and had the same rapport with the dedicated customers that the Browns always had. In fact, it was Peggy who hired Stacey. Both women started at the restaurant when they were 16 years old. Heinrich was hired directly by Peggy Brown after a chance meeting downtown. She tells the story of that fateful day.

“I was out looking for a job and Peggy overheard something that happened. There was a fancy dress shop and I was there trying to put an application in, and I guess the lady was nasty to me or something, I don’t remember it, but Peggy was in the store shopping and was so upset with the way that I was treated that she went and asked the lady for my name and phone number and the lady would not give it to her.” Stacey recalled. “So, she ran outside and I was sitting on a big rock waiting for the bus. Peggy walked up and hired me on the spot. George would always say that she found me under the rock, but I was on top of it.”

With the pandemic changing the way business has been run for so many years, the two women are trying to do the best they can to stay afloat and take care of their staff of loyal employees. They consider themselves lucky to have customers that fill the drive through and have been coming to grab food from the new pickup window that has been installed. They had to consider whether they would open for dine in service, but with the current situation, this wasn’t feasible for the past few months. If they had chosen to open, they would have had to hire more staff. Business has been down for every restaurant, and with people not going out to eat, and restaurants not being able to utilize every available table due to social distancing, it did not seem like a smart business decision.

As the 65th anniversary approached, the women were trying to think of a way to celebrate that was still in accordance with the city’s emergency orders. They decided they were going to take 65 meals and donate them to a community that needs some appreciation right now.

“Not being able to celebrate with a birthday cake, and the balloons, the giveaways, and all the things that we normally do, was to celebrate and honor the people in the hospitals that are working so hard right now to keep everyone else healthy and safe,” Heinrich said. Soon, customers found out and started to donate money to purchase even more meals.

“It is going so well right now, as people are picking up their own meals, they are purchasing a meal for someone,” Heinrich continued. “My thought Is to keep it going through December, and maybe longer.” Anyone interested can make a donation in any amount they want, but $15 is the cost for one meal. Those interested can stop by the restaurant or call and make a donation over the phone. Because of community support they may be able to continue this for weeks to come.

Lucky Wishbone is also one of the restaurants that has received money from a CARES Act grant that allows them to keep on more employees while helping out some vulnerable citizens.

Each day Heinrich and Stacey and their staff prepare lunches and deliver them to different locations. On Fridays they will add the meals for the 65 hospital workers to their delivery route.

As the restaurant tries to survive during this troubling time both women are grateful for many things.

“She and I have worked together side by side, all of these years. We are best friends. We don’t argue, we don’t fight, we just try and persuade the other to try it one way,” Heinrich said.

While they cannot have customers inside, Heinrich and Stacey are updating a few things to clean up and give the location a bit of a facelift, but there are no plans to make any major changes. They want people to know that it will still be the same Lucky Wishbone that they have always loved, and that the Browns had for so many years.

“We have added a few things, we added the chili cheese fries, we added the chicken sandwich a few years ago and it’s one of our most popular items,” Heinrich said. “We tweaked the menu a little bit but we are never going to change the chicken recipe, or the jumbo cheese, or the swiss bacon. We aren’t going to buy cheaper fries because flavor is important.”

For 65 years the citizens of Anchorage have known of one place where you can get never-frozen, pan-fried chicken, sandwiches, and delicious milkshakes. It is a business that gives back to those around them, and even if it is your first visit you will feel like family.

Here is to 65 more years of the Lucky Wishbone.