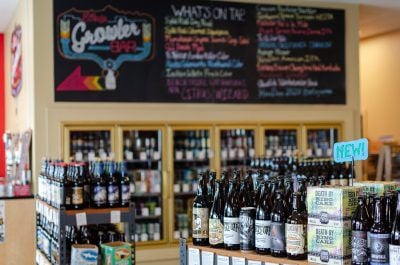 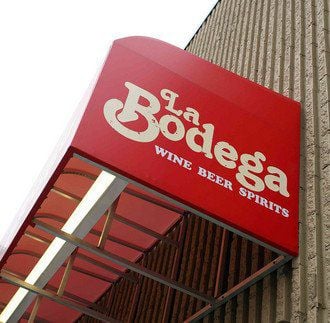 I haven’t been in every liquor store in town, but I’ve been in enough of them to confidently award the La Bodega liquor store in the Metro Mall with the title of “most diligent” when it comes to social distancing, hard surface disinfection and a damned good attitude while adhering to some pretty strict, self-imposed protocols.

I almost wrote that La Bodega was the most “compliant” or “obedient” when it came to the current CDC and DHSS protocols for reducing the transmission and spread of COVID-19. Those would have certainly been grammatically correct adjectives. Walking into Bodega, though, I get the sense the staff really wants to be this way and they treat this whole issue with the same care they do with the beer they sell: with the utmost of diligence and care.

Don’t be offended if you walk up to the store and see the open sign on, just to pull on the door and find and find it locked. It might be a little disconcerting at first to have to wait until one of Bodega’s friendly peeps lets you in, but you already know the reason. Bodega’s only letting three customers in the store at a time to ensure the maximum social distancing.

Contrast this with more than one experience I’ve had at other liquor stores in town. At worst, I walk in and there’s just shy of a crowd. I don’t know what those stores limit their walk in intake to at any given time. At best, a proprietor or guard has chased me down in the store and shooed me outside with “sir….sir….I’m sorry, but we can only let so many people in at once.”

At Bodega, once the door’s held open for me, I’m politely urged to use what seems like a boutique hand sanitizer on an ornate little station front and center in the tidy store. The small pump bottle is far from commercial. It’s unobtrusive and the first time I encountered it, I kind of wanted to use it anyway just to check it out. It sits on it’s own little wooden box. It’s scented and doesn’t have that telltale wrenching alcohol aroma. No, these amenities don’t make my grubby paws any cleaner than the industrial stuff from some cleaning supply outfit, but it’s a nice, inviting touch and takes some of the stigma off of what we all have to do these days.

I haven’t run into hand sanitizer at many of the other grog shops, so I guess it’s up to me at those places, although I’m not personally affronted that there is none.

I make my selections – most of which are single beers from multiple reach-ins and multiple shelves; I’m never just grabbing a half rack or case of something, and this is one of the main reasons I shop at Bodega. I don’t drink in quantity, I drink in quality and am forever on the hunt for something new. Other liquor stores have a token single beer section. Single beer selection is integral to Bodega’s business plan. I don’t have to invest in a six pack to discover I’ve bought a bunch of shitty beer, although there’s little risk of that since Bodega doesn’t cater in crap.

Regardless, the proprietors at Bodega are not exactly sneaky in mopping up after me. I get a sense of sort of being quietly followed around – like a concierge — as if on schedule to have the surfaces I’ve touched wiped down. More social graces. I love you peeps!

I never have to worry about how I’m going to haul my goods out of the store. This was a nice amenity even before the whole plastic vs. paper vs. reusable bag debacle came along. My selections are always neatly tucked into six pack holders, or in my situation, large case boxes since I’m a volume buyer. I never have to guess if I can bring a re-usable in or fish for a dime for a paper bag.

Contrast this with one of the most personally affronting experience I’ve had in years that happened at a local liquor store about a week ago.

I walked in and the security guard at the door nodded politely as I passed. I didn’t think I was being counted as I threaded around a group of people to find the beer I was looking for. No problem there. I found the beer and brought it toward the counter, socially distancing myself behind the person in front of me by standing no closer than the taped strip on the floor marking the acceptable distance indicated. In lock step fashion, the line lurched forward in a stop and go, prison-like fashion.

When it was my turn, the harried and tired looking woman behind the counter looked up and saw the beer in my arms and also the reusable tote bag I’d been trained to bring in on previous visits. She literally shrieked in horror at a volume probably heard in the parking lot: “get that bag out of here! We can’t have reusable bags in this store!”

I jumped, and so did the guard. I froze in place. “Do I need to take it out right now?” I asked sheepishly and with a great deal of embarrassment. I quickly stuffed the cloth bag in my jacket pocket and went to step forward. The woman recoiled as if in disgust. “Six feet! Six feet! Maintain your distance,” she screeched.

I felt like I had to lean over and put my stuff under the sneeze guard blocking the counter then stand back up again without closing the distance between us. I got this uncanny sense I was handing over my personal effects while going to jail like in the scenes in the movies. I was mortified, and felt dirty and wrong, but I wasn’t surprised. This was the same liquor store I’d been asked more than once “do you want your change?” when a purchase amount came to just shy of bill denomination I handed over in payment. Really?

During a visit to another store, I asked the friendlier guy behind the counter what etiquette’s appropriate any more. “I dunno,” he shrugged. “It changes every day around here. I can’t keep up with it. One day resuables are okay, but they can’t be placed on the counter. The next day we can’t even sell the reusable bags we were supposed to be pushing before, and customers aren’t supposed to bring them in the store at all. So we’re giving away the paper bags we used to have to sell. That’s today, anyway. I guess it depends on what store you’re at and who’s serving you and what they know.”

That makes perfect sense to me. The automatons at bigger chain stores simply do what they’re told to do based on what they understand about it. The lack of ownership and pride becomes magnified and painfully apparent. It’s sad because it points to a bigger societal issue in this pandemic: the drudgery and formality of it all has made many of us sterile and indifferent.

I guess there’s nothing really wrong with the other liquor stores – and I’m quite sure there are notable exceptions in some of the stores I haven’t visited yet – but I guess I’m just spoiled at a store where I’m treated like a guest, not the next guy in line. Okay, I miss my friendly hugs from owner Pamela Hatzis on the occasional times I visit and she’s there, but this is a small price to pay knowing that a small precaution like this guarantees many more hugs in the future.