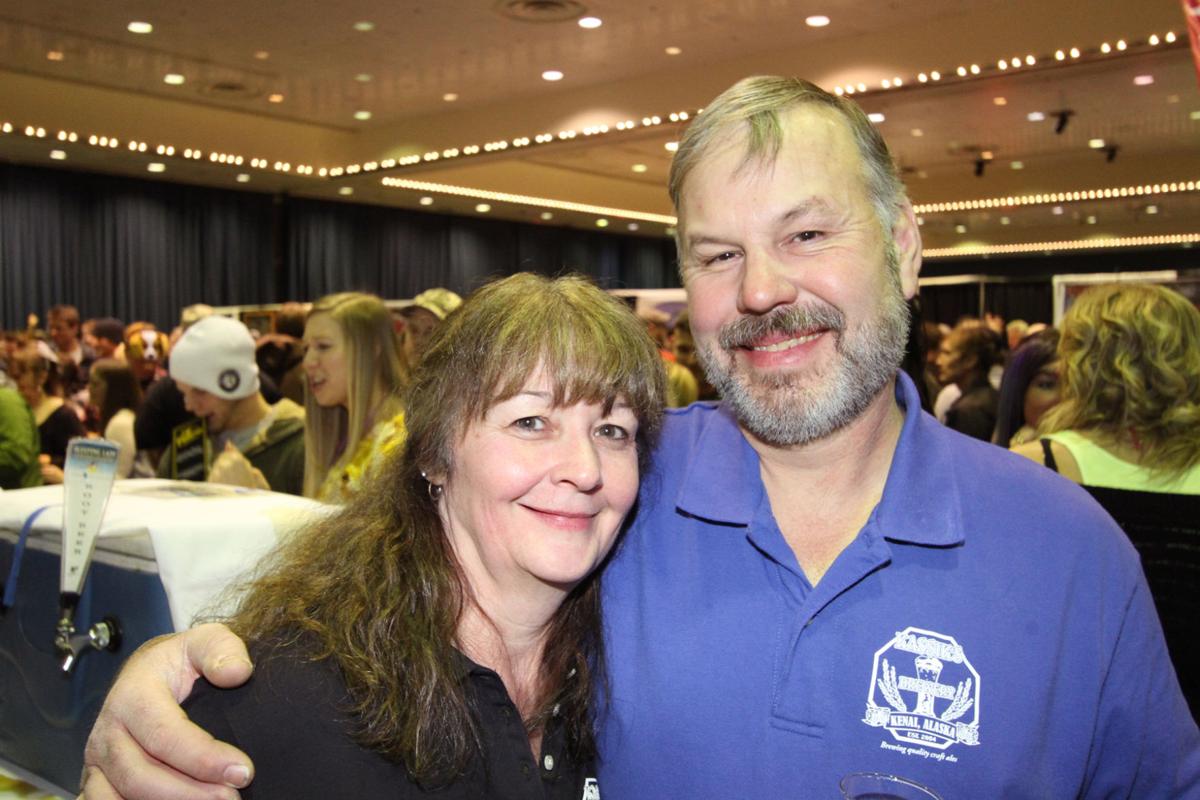 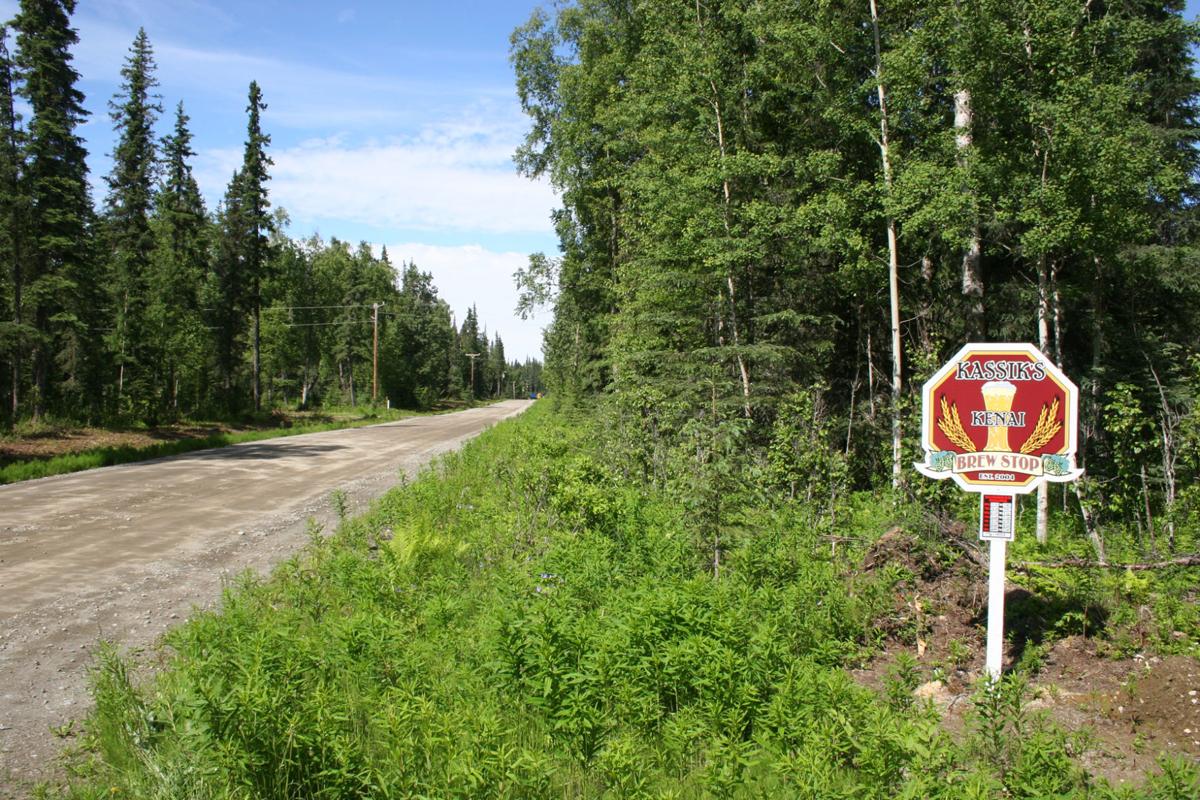 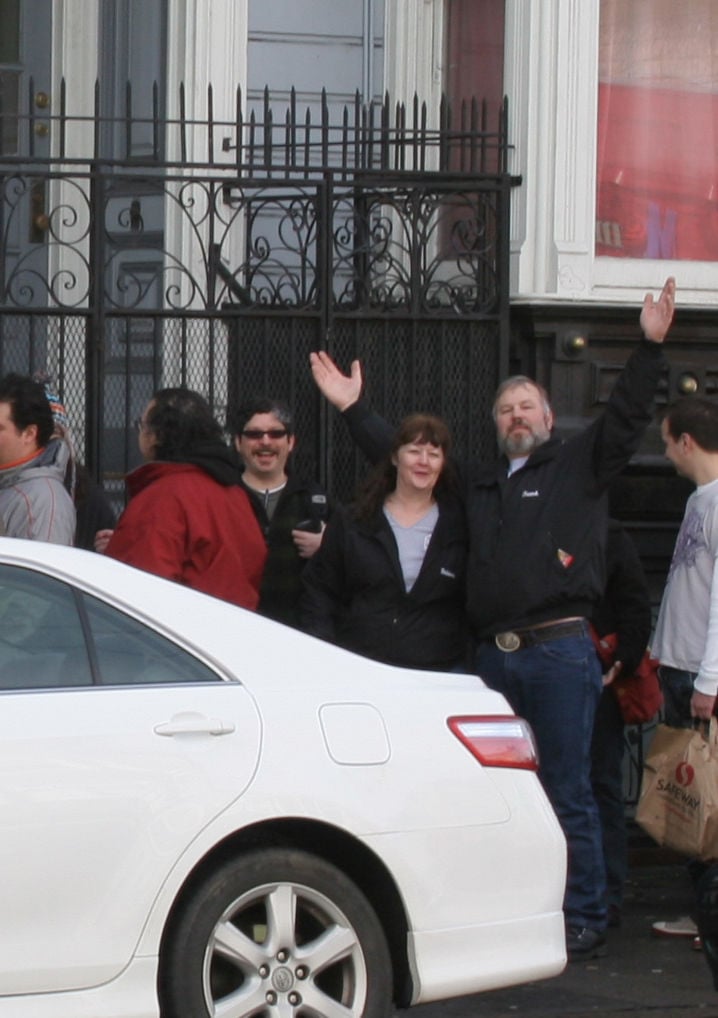 Kassik’s Brewery in Nikiski – just north of Kenai – has been for sale for the last couple of years. I first heard of the offering from the real estate agent. He called or emailed me – I can’t remember now — suggesting that a column about the sale might tease an interested party out of the background. Owners Frank and Debra Kassik weren’t keen on the idea, so I didn’t publish anything, although I was pretty certain I knew what was going on.

I waited it out. In the interim the calls and emails started pouring in once knowledge about the brewery for sale became widespread. “Is the brewery going out of business?” “Is there a bankruptcy?” “Why don’t you buy it?” None of these are viable questions.

Kassik’s opened in the summer of 2006. I remember it well. I remember the excitement. Other than Homer Brewing Company, Kassik’s was poised to become the first central Peninsula brewery. I talked with Frank and Debra at length again and again about their venture. I remember drinking through some of the beers when they first came out. I remember Frank asking me my thoughts about tweaking the Moose Point Porter. I begged him not to; I thought it was perfect and it remains one of my favorite Alaska dark beers today. I hauled 22-ounce bomber bottles of the porter out of state with me to show off to friends outside. I watched the brewery grow and expand into bigger and bigger markets to become what it is today; a stalwart representation of quality of beer made in Alaska by people who really care about it.

I also watched the struggle that so many brewers face when running remote breweries with small staffs. Brewing – plain and simple – is a lot of very hard, demanding, exacting work that keeps principals close to the kettle. The logistics of getting away from the brewery for any amount of time are daunting at best. All of this started to take a toll, especially since the Kassik’s kids and grandkids tugged at them from places down south. It’s all about work/life balance, isn’t it? After a dozen years, the scales started to tip.

“There’s one thing we agree on,” says Debra Kassik. “If not for our kids and grandkids being gone; if they were still here, we would be selling the brewery; it’s all about family.”

By no means did the Kassiks give up. By no means did they bail on one of Alaska’s most successful craft beer brands. Who could walk away from the accomplishment last year when Kassik’s barley wine scored top honors in the Great Alaska Beer and Barleywine Festival for the third year in a row, a feat no other brewery in the 25 year history of the fest had ever pulled off?

The Kassiks’ decided it was time to do something different in life. Of course, they didn’t want to see the brand just dry up and go away.

Enter Rick and Michelle McGlasson. Wait, that’s not right. The McGlassons have been around for a long time. “They heard about me through the grapevine, I guess,” says Rick McGlasson. “Frank and I worked at the Agrium plant out here in Kenai. I was an oilfield electrician, and I still am.”

Frank is a crane operator. The Kassiks and McGlasson’s paths crossed frequently at work and over beers.

“We hit it off; maybe that’s where we heard about each other. I came in; I was one of their first customers,” Rick added. “We’ve been friends ever since.”

Back then, both were serious about making beer commercially. It wasn’t a race. Just because the Kassiks opened a brewery and the McGlasson’s didn’t doesn’t mean anything.

McGlasson had gone to beer school – this was back in 1998. He completed the immersive 13-week course, which included five weeks of self-study at home and the rest onsite and within other breweries outside learning the brewing craft.

“When I came home, I tried to start a brewpub. I waded through the paperwork. It wasn’t easy, it never has been. It cost way more than I thought it would. The initial investment would have been huge. I was going to have to buy out a bar somewhere around here and retrofit it into a brewpub. I couldn’t find one to build a facility in,” says McGlasson.

It was that, and life. The McGlasson kids were just entering middle school and dove into sports with a passion. “I realized it would have been a commitment that would have interfered with that,” he says about the need for work/life balance.

In Alaska, as it often happens, things just have a way of coming back around.

Over time, the Kassik’s worked with McGlasson to the point that a trust was developed. “We gave him a small piece of the brewery. It was like insurance. If something happened to Frank and I, Rick could step in and take over,” says Debra.

When the brewery went up for sale, the Kassiks were besieged with a lot of tire kickers and false starts. The arrangement with McGlasson eventually fell in to place and it made perfect sense to both parties.

The Kassiks will stick around until mid-summer to work with McGlasson to keep product flowing until he’s fully capable of fully taking over.

McGlasson doesn’t plan on making any big changes right away, instead focusing on continuing to deliver the quality product that solidified the brand over the years.

“Oh, eventually one big drive is to get a canning system in here; it’s the right way to go and it makes a lot of sense,” says McGlasson, even though he wasn’t a canned beer fan in the beginning. “Oh and I know my grandma wants me to make a root beer for her seven grandkids,” he says of his tight bond with his own family there on the Peninsula.

“I want to get the canning system up and keep up with the product line and push it deeper into the state,” says McGlasson. “Maybe I’ll turn my kids into salespeople,” he chuckles. “My daughter is going to move into the day to day managerial front of house spot and my wife Michelle is an accountant and she’s going to be the financial officer and numbers wizard. She’ll keep us all straight.”

“We’re happy with the legacy we left,” says Debra Kassik. “We’re incredibly happy with all of the support the brewing industry has given us over the years; we’ve met so many wonderful people; that will tug on our heartstrings when we’re gone.”

“Yeah, we hurt some days when we came off that concrete floor, but the satisfaction we got is still there. It’s been a pleasure growing up with this industry over the past 13 years,” says Frank Kassik.

The Kassiks agree that they’re selling a business and that’s the easy part. It’s the industry and the people they are going to miss. The brewing industry is like one big family, after all.

BREAKING NEWS: On Tuesday, Darcy Knieffel with the Alaska Craft Beer Guild said the organization reached a deal with Peak to Peak promotions — affiliated with the Anchorage Daily News — to put on the Alaska Beer and Barleywine Festival, which had been canceled. The revived festival will be Jan. 31-Feb. 1 at the Dena’ina Center. Stay tuned for more details.