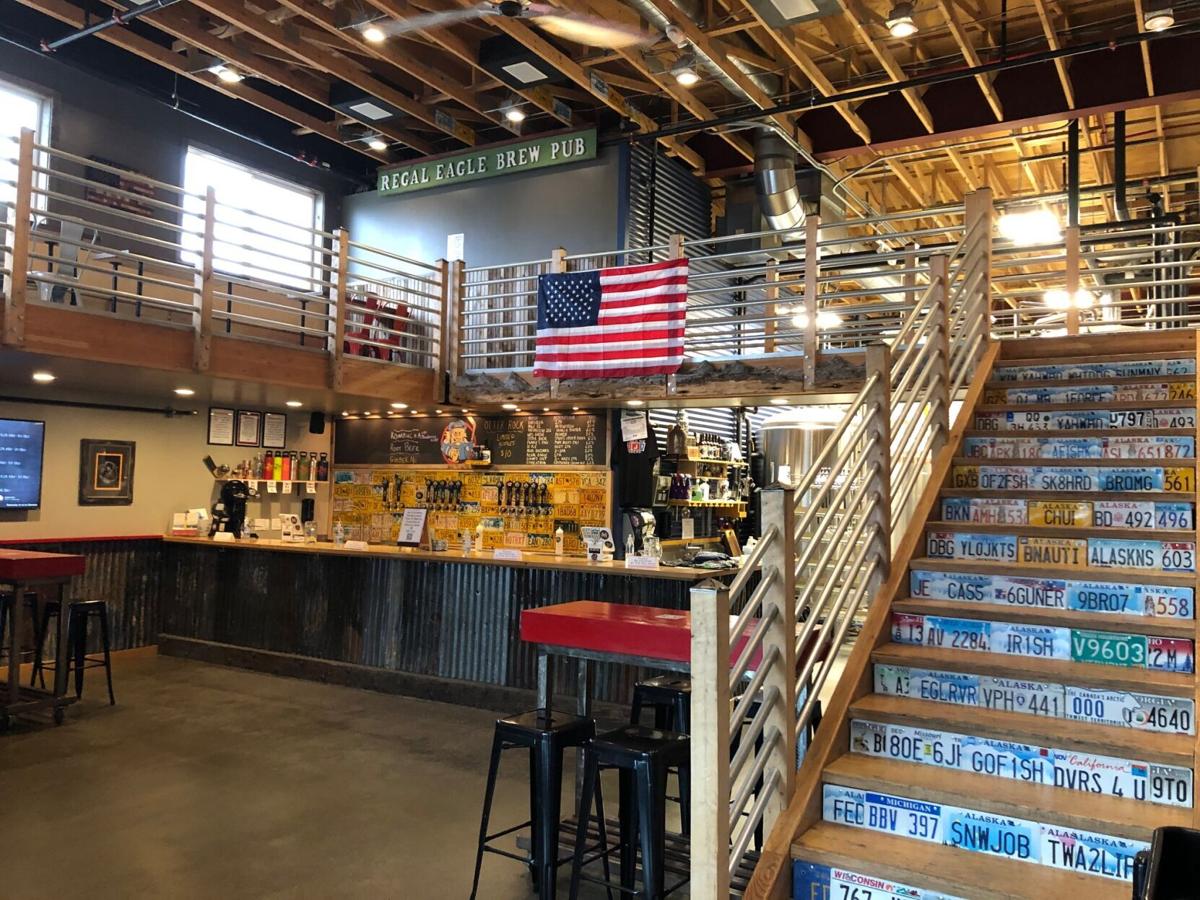 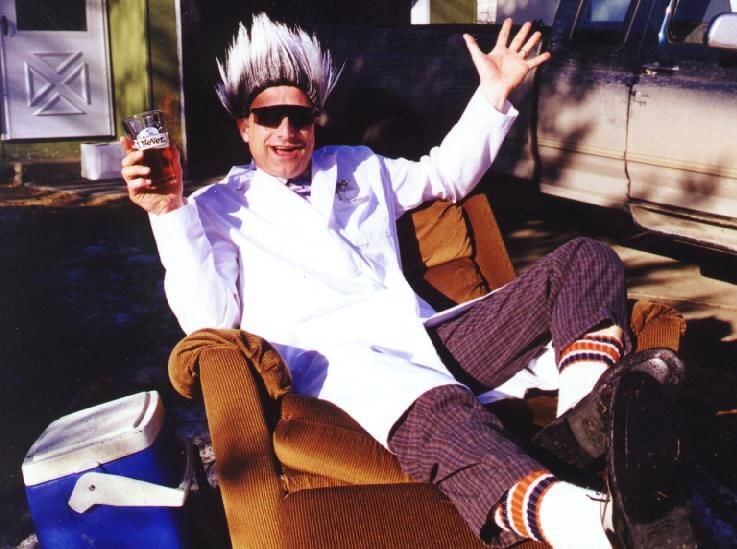 I was kicking around on Instagram the other day, and chanced across a video post by Reid McDonald, one of the principals at Odd Man Rush Brewing in Eagle River. It was odd. He was in the brewery tasting room bathroom.

McDonald was pissed. The narrative went like this: “Hey everybody, this is Reido from Odd Man Rush, coming to you from the tap room, well, one of the restrooms here in the tap room. Just a quick message, a PSA that goes out to the piece of shit, human-slash-paraquat who decides it’s funny to take the artwork off of my walls and draw penises on them. That’s hilarious..[holding up a picture in the video revealing a penis drawn on the wall where the picture was], … here’s another one [holding up another picture in the video], … here’s another one … I think penises are hilarious when you draw them. Maybe next time, draw them on your buddy’s face after he’s passed out, not in permanent marker, not on my walls. And, here’s the deal: you don’t even draw a good dick, buddy. I think you are an amateur. Paybacks are a bitch.”

According to McDonald, he was so pissed off, he had to re-record the video about five times to get it suitable for viewing on Instagram. I don’t blame him.

“I don’t know, I was on vacation and just got back,” says McDonald of his discovery of the vandalism. “When I’m here at the brewery, of course I use the bathroom regularly. We have some art in there,” says McDonald of original paintings that decorate the medium red colored walls, in what’s always been a very clean environment when I’ve visited.

“I noticed that an original Scott Clendaniel print that had been in there, and someone had sort of ripped it off the wall, and had put it back. I came back and the hardware securing the picture to the wall was crooked. I pulled it down, and I got to looking, and someone had drawn a cock on the wall behind it and on the back of the print. ‘What the hell?” I thought,” says McDonald.

McDonald checked out the other art and discovered that all of the art in the bathroom had been vandalized, but it was interesting, because it wasn’t obvious, and maybe purposely so.

“You had to turn the picture over to find it. If you didn’t know better you wouldn’t know. Scott’s picture wasn’t level; that’s what caught my eye. You’d have to look behind the painting to see it,” says McDonald.

“Oh and the ‘art’ itself; the graffiti? The artist is really amateur hour. He didn’t even draw anything good. There are a lot of good cock artists out there, but this guy isn’t one. Even the gals around here said it was amateurish. They also said the artist wasn’t a gal, because a gal would have done it much better. I guess they know their cocks,” explains McDonald.

I agree; I’ve seen my share of cock art, and this artist is a total rookie. Find and watch McDonald’s Instagram video, and I think you’ll agree. I’ve seen better in bus stop bathroom stalls.

But here’s the rub. Brewery bathrooms are not bus stop bathrooms, nor are they big corporate conglomerate brewery bathrooms. All manner of - and especially vile graffiti - is common in bathrooms. I don’t care for it regardless, but our breweries are a source of local pride, and this pride gets very deep in the communities where they live. I’m proud as hell of OMR, if that means anything, and my PSA to the artist is that “you didn’t just piss off Reid McDonald, you’ve pissed me off, along with a very large group of Odd Man Rush and local Alaska brewery loyalists that – Like McDonald – don’t much care for you.”

But the vandalism didn’t stop in the bathroom, as it was discovered later.

“One of our partners’ sons is an electrician. He and his gang come in here every day for a pint. He drives his work truck over here,” says McDonald. “This same someone, it was the same crappy artistic style, you know, drew the same thing on his work truck using a Sharpie. That’s stepping over the line.”

“If we find you, it isn’t going to pretty, says McDonald. “This person defaced, drew on the back of Scott’s picture, and although they didn’t ruin the artwork, what’s the message?”

It made me wonder about the perpetrator. I’m no Colombo, but to me, here’s a person who’s got some sort of quirky fetish. If you’re going to extend the effort to decorate someone else’s property with your albeit lame, but permanent cock chalk, why are you hiding it? And if you’re modest enough to not want to act shameful and keep your dirty secret hidden, why art-up someone’s vehicle with indelible ink in the parking lot? I wonder how much more of this clown’s artwork is hidden around town?

The other interesting thing to me is that, apparently, this clown doesn’t know who he’s fucking with. I wonder if this guy even knows what the name of the brewery means?

Odd Man Rush is a hockey term that – forgive me if I’m not a hockey player – describes an offensive rush in which the aggressors outnumber the defenders, in the simplest of terms. It’s a lot more complicated than that, but the principals at Odd Man Rush Brewery – Reid “Reido” McDonald, Brian “Swanny” Swanson, and Ross Johnson - named their brewery what they did because they are all big, bad-assed hockey players. These are the kind of guys that could get their teeth knocked out with an errant puck and keep playing through the end of the game.

I don’t know a lot about hockey, but from what I’ve seen of it, it’s a fighting game. I don’t know about you, but I certainly wouldn’t want to piss a hockey player off, or fuck with his shit.

I asked McDonald about other vandalism, and oddly enough the only other episode wasn’t vandalism, but rather theft.

“We had another hand painted Scott Clendaniel print and someone took it off the wall and stole it,” says McDonald. “I guess someone stole a Clendaniel print from Anchorage Brewing Company’s bathroom too,” he mused.

Scott Clendaniel is a prominent beer loving Alaska artist. He devotes a lot of his incredible creativity to featuring beer, beer places, people with beer, and breweries. I have an original Clendaniel piece that depicts some clown named Dr. Fermento hanging on my wall at home. Check out Scott Clendaniel stuff at www.scottclendanial.com.

Clendaniel was a good sport about his picture getting ripped off from Odd Man Rush. I would think that getting your art stolen is a lot more flattering than getting it discovered hiding behind someone else’s art, as in the perp’s case.

“This was a long time ago, but he gave me another one,” says McDonald . “His only comment was, ‘oh, you put it in bathroom? Is that what I am to you?’ I said, ‘hey, c’mon, when you’re a guy, and you’re standing there, and you’re doing your thing, what else do you look at, anyway? You look it at the wall.”

Every guy knows this, right? What’s the alternative?

To be real, this isn’t a call for a vendetta or vengeance, nor is McDonald out to kick someone’s lame ass. It’s my own little exposé of a small subsection of Alaska’s seedier side that emerges in the form of gross graffiti around the state. I’m okay with graffiti if it’s artful, but when it’s malicious and mars one of my local breweries, the perp is hitting close to home. You might want to check out the art in your own bathroom; see what’s behind and on the back of it; if it resembles the cock art in the video, you might know the perp. If you do, maybe we could all meet at the brewery for a beer.