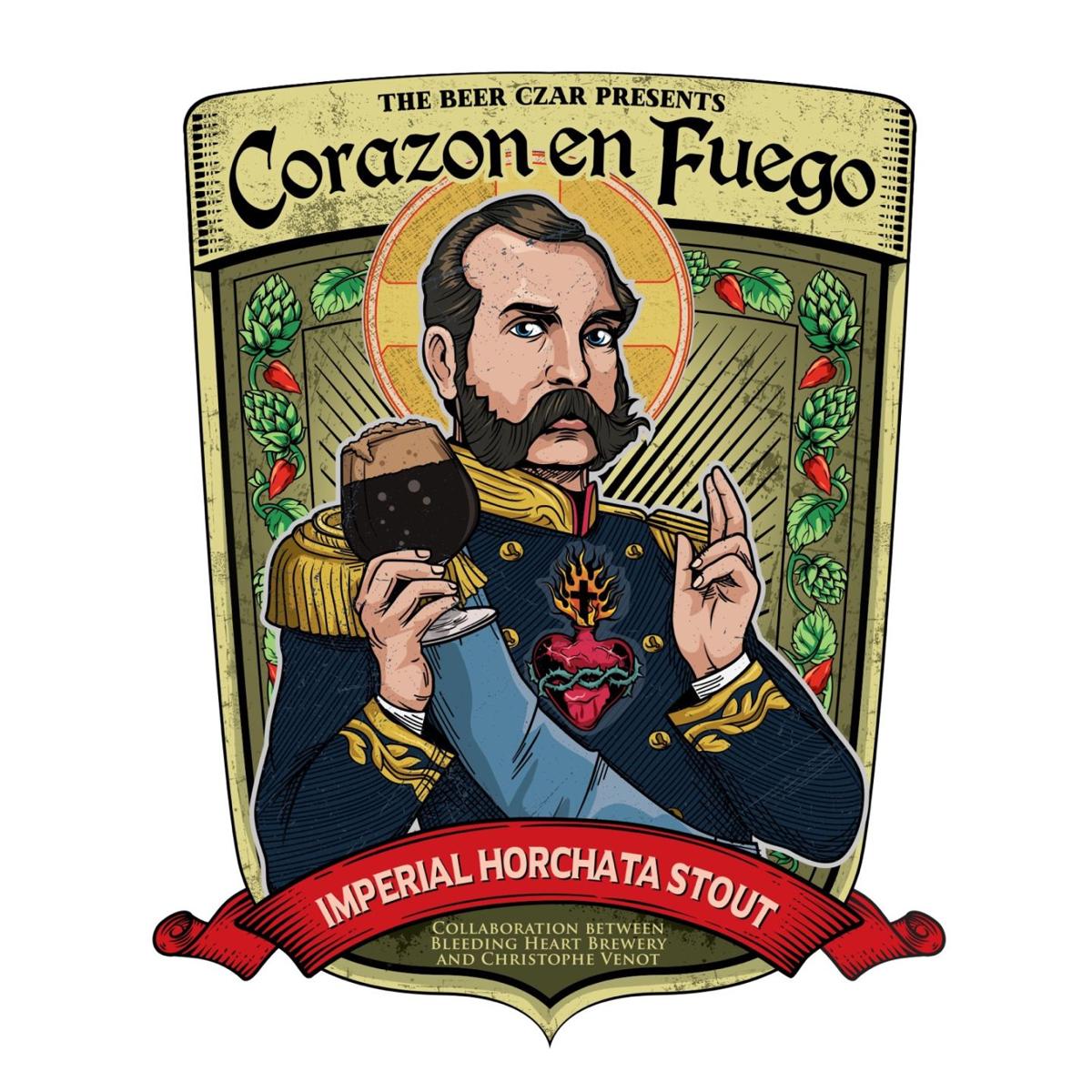 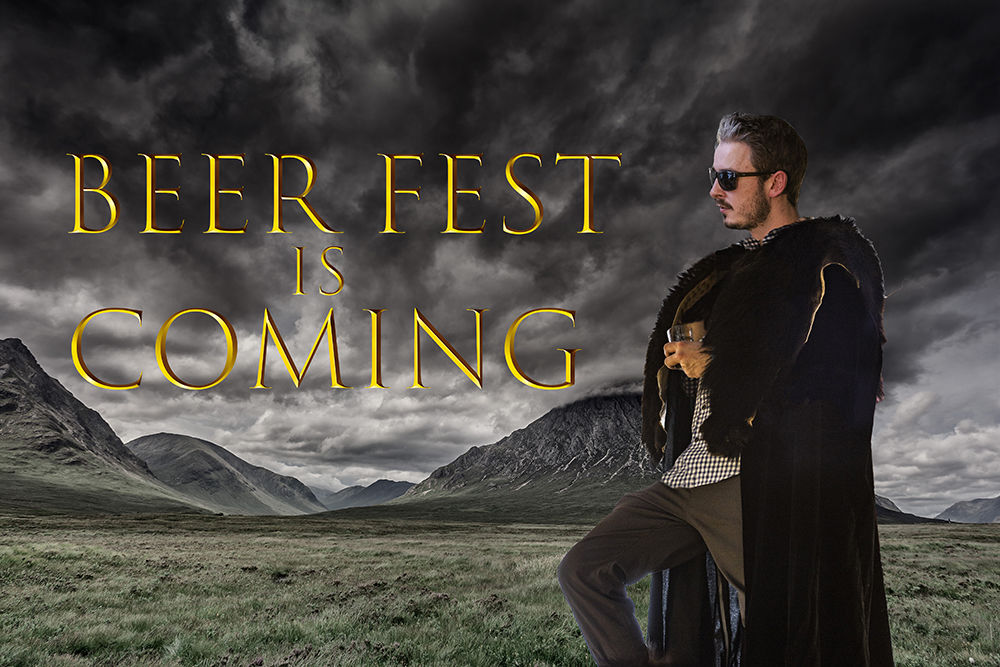 Rondy used to bore me. I got up here in ‘79, but didn’t experience my first Anchorage Fur Rendezvous Festival until 1980. The whole thing was gritty and seemed to be struggling to be glitzy and relevant. As a budding amateur photographer I set out to capture the best of it. I didn’t know any better. I was new up here and had high expectations.

With a bunch of untold personal history, my earliest Rondy recollections include standing on the sidewalk in front of what is now Glacier Brewhouse, watching a true Alaska style celebration parade amble by. With all of the pomp and circumstance that Anchorage could muster, I watched as I brown-bagged the closest thing I to craft beer I could find up here and was energized, but bored at the same time as I stood shivering on the sidewalk on a ten-below-zero, overcast day with my wife and a friend of mine.

What were my Rondy choices back then? Pancake breakfasts, seedy carnival rides, blanket tosses, model airplane and model railroad exhibits, outhouse and downhill canoe races at Russian Jack Park on the east side, among many other choices punctuated the weeks-long festival. I took a lot of pictures back then, and by some standards with them being 40 years old, they may be of interest to someone.

Tradition, and being a faithful Alaskan and Anchorageite, brought me out of the house year after year with other devotees, experiencing the same and hoping for something more exciting. I supported. I participated and eventually walked away from it and found myself participating less and less.

Somewhere along the line, probably back in 2006 or 2007 something happened. Rondy got a welcome infusion of a younger mindset. No, there was nothing wrong with those old fuddy-duddies that kep the fest close to vest over the years, but our younger generation needed something more.

Running with the Reindeer? Really? An official Rondy beer? Really? Beer started to have a bigger presence in our beloved festival, and obviously I was baited back in.

This year I’m fully engaged. I’m back at it. I’m participating in what’s quite possibly Rondy’s first ever no-kidding beer festival.

“It’s my understanding that this is the first official Rondy beer festival ever,” says the Rondy Rotary Beer Fest’s organizer and presiding “Beer Czar” Adam Sikorski. Of course some old timer might chime in and tell me I’m wrong, but I think this one’s the first.”

This is the third Anchorage East Rotary beer festival, but the first time it’s an official Rondy event. I participated in last year’s and it’s so much fun – and such a departure from the norm – I’m doing it again.

The Rotary fest is a fundraiser for Priceless Alaska. Priceless Alaska works with survivors of human trafficking “that walks with victims to find new life while meeting practical needs,” according to the organization’s website. “Proceeds of this beer festival go toward victims of human trafficking in Alaska and funding initiatives that fight against its presence in our state,” says Sikorski about his efforts to create a gig that “celebrates the best aspects of culture and expression through artisan food and craft beer to celebrate what makes us Alaska and brings our community together to support people in our community that need us the most, specifically in the human trafficking realm,” he says.

The Rondy Rotary Beer Fest runs between 2 pm and 7 p.m. on Saturday, March 7 at the Performing Arts Center. Tickets are $55 for general admission and $70 for a 2 pm – 3 pm Connoisseur Session. Tickets are available at furrondy.net/events/rondy-rotary-beer-fest. The event sold out last year, so if you want to get, get after tickets now.

Admission gets you 18, two-ounce samples of beer from over 20 of Alaska’s participating local craft breweries. During the gig, you’ll vote for the People’s Choice Award for the Best Beer and Best Brewery. Listen to live music and enjoy all of the free pizza you can handle from participating local establishments as you vote in the Favorite Pizza competition. What’s more artisan and Alaskan than craft beer and pizza?

The Connoisseur’s Session affords you five small plate dishes from local restaurants and where the head chef of each establishment prepares a dish that has a local beer incorporated into the recipe and is served to VIP guests.

Meanwhile, throughout the session, a troupe of highly ‘Pretentious Judges’ will be wandering the floors right along with you, coming up with their own determination of the best brewery and best beer. Toward the end of the festival, the awards will be announced. The coveted prize is an authentic UFC belt that travels between each year’s winning brewery. Girdwood Brewing Company’s has taken the prize two years in a row and is going for a third win this year. 49th State Brewing Company will be in place to defend the pretentious Beer Czar Crown for the best imperial stout.

“Royalty can be corrupted,” says Sikorski about his lively gaggle of goof offs over which he pretentiously presides. “It’s all about absolute power. Bribes are greedily accepted, so hassle those judges and make sure they vote the way you want them to.”

Word of warning: I’m a Pretentious Judge again this year; I’m thirsty, power hungry and easily bribed. Harassing fest participants is thirsty work and happens to be my specialty.

If you’re a serious beer aficionado and don’t see value so far, consider this. A couple of Alaska’s newest breweries are proudly participating this year. Cooper Landing Brewing Company is supporting the event. This will be Onsite Brewing Company’s first ever beer festival. Have you ever heard of Magnetic North Brewing Company? This brewery will literally be a week old, and this will be the very first time this beer will be poured anywhere. Brewer/owner Jeremiah Christian is serving four IPAs fresh from the brewery.

Venot is one of the six Pretentious Judges and won the Beer Czar’s Imperial Stout Competition that took place at the Palmer Brewery last fall.

“We’re releasing 150 bottles of the heady brew. A bottle will be given to the first 150 people that contribute $35 or more to Priceless Alaska,” says Sikorsky of the limited edition prizes, each of which is signed by the Bleeding Heart Brewers, the Beer Czar and Venot.

Of course beer didn’t save Rondy, but it certainly brought me back around, and I’m proud to participate in the first ever Rondy Beer festival. So, get your Rondy on (don’t worry about your Rondy pins; if the Rondy Keystone Cops show up, the Pretentious judges will hassle and bribe them too) and come out and have some fun while supporting a worthy cause.