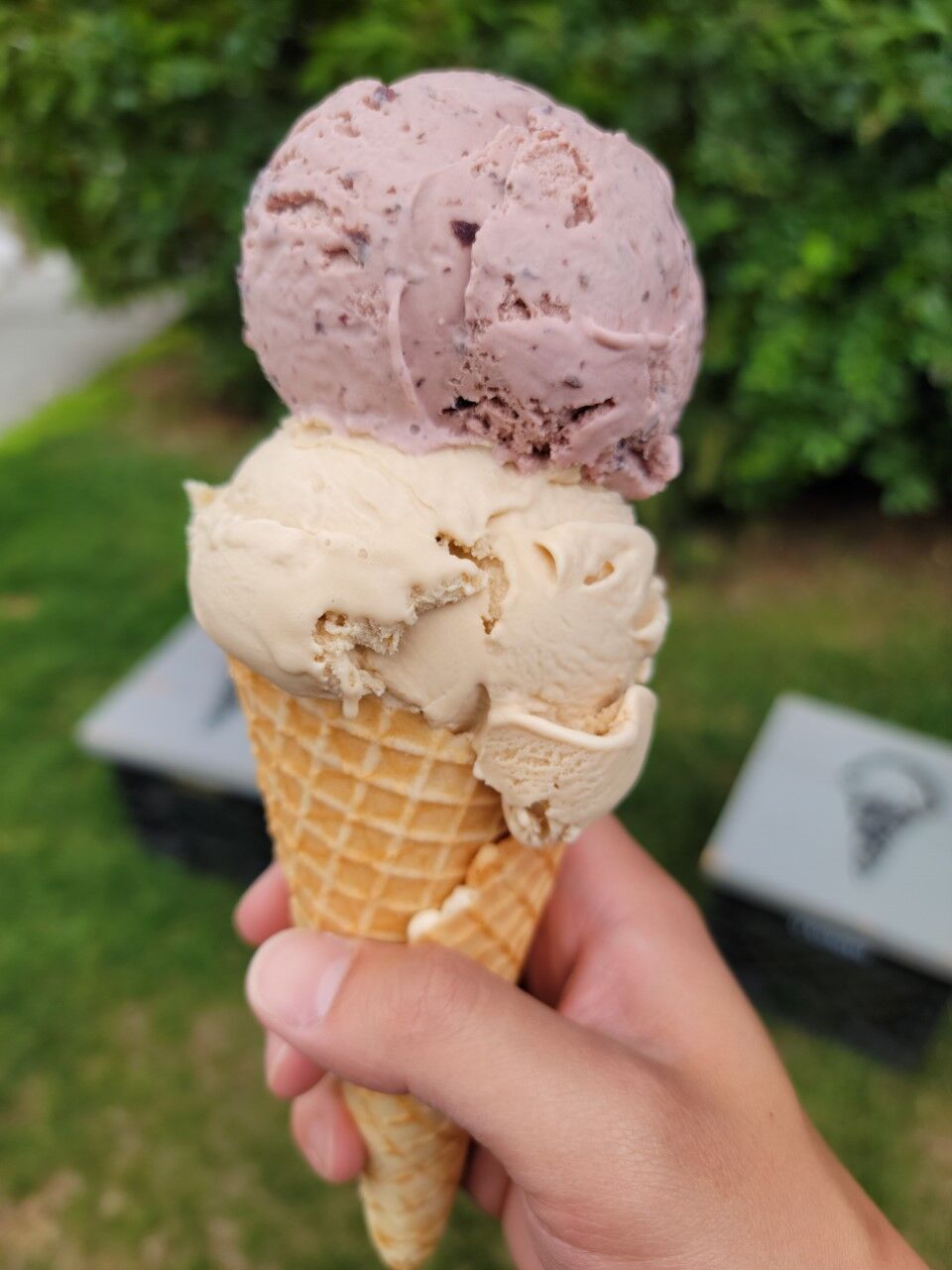 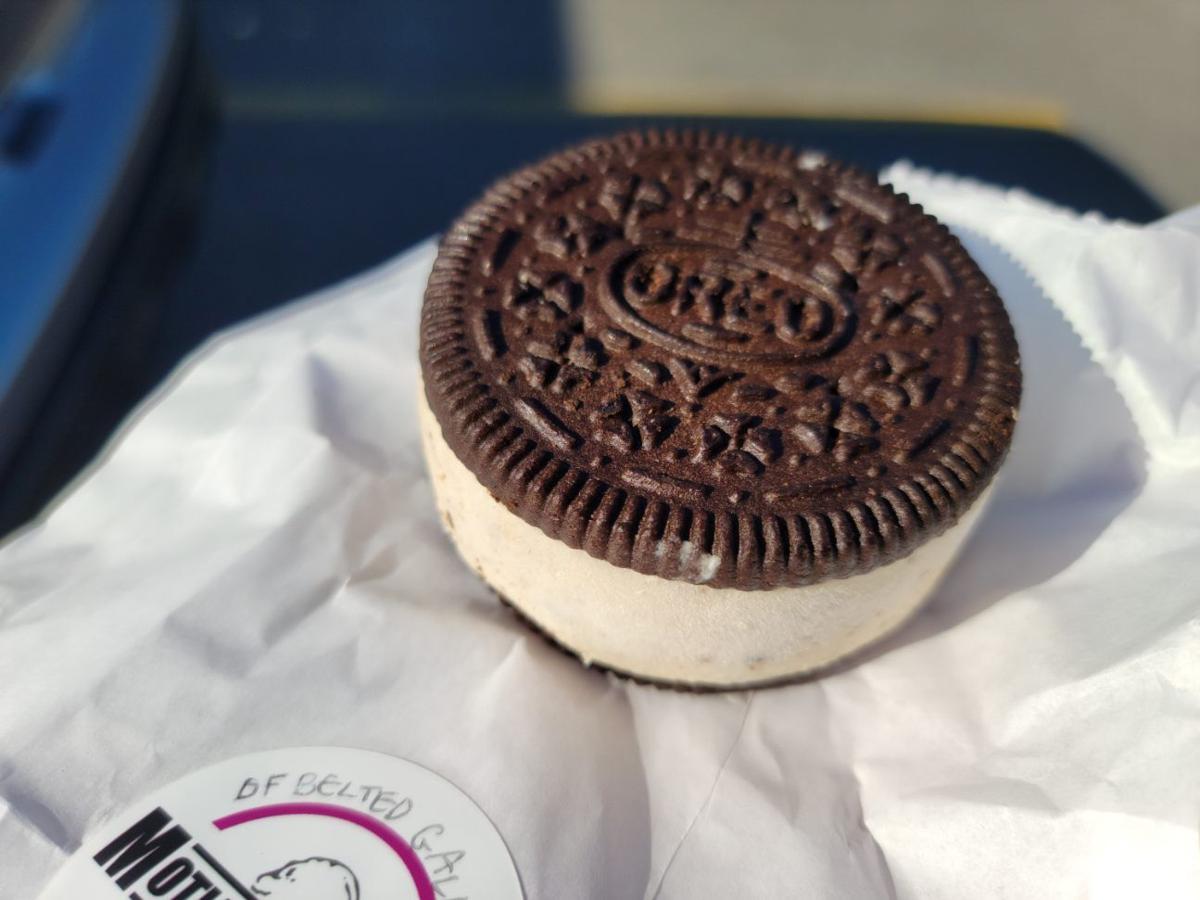 As we continue to grapple with the effects of climate change, it’s looking like there’ll be plenty of scorching hot days for the foreseeable future. And while our state has managed to avoid some of the more dire consequences, for now, it doesn’t take much to break into a sweat in the heat of the afternoon sun.

Among the numerous ways to cool off, why not indulge in some ice cream? After all, you’ve probably heard that Alaskans consume the most ice cream per capita than any other state in the country. Though I’ve yet to find any concrete data to support that dubious claim, it’s endearing to think that our love for ice cream runs deep. Over the years, several local entrepreneurs have harnessed their passion to create their own spin on this beloved treat, often highlighting homegrown ingredients along the way such as rhubarb and wild blueberries.

Motley Moo—housed in building “M” of the Huffman Business Park—is one such oasis, with a name that may sound familiar to fans of 80s hair metal. This playful exuberance extends to the names of their flavors as well as their storefront, with bright neon signage set on clean, tiled backdrop that looks very cool. Customers are corralled through a short line after passing by a freezer stashed with to-go pints and a few different types of ice cream sandwiches. Their flavor list is extensive and rotates frequently, based on my past visits.

Oh yes, I’ve already frequented this parlor on several occasions—at least enough to redeem a loyalty punch card. So, what makes them so great? Well, I’m confident in saying that this is some of the best ice cream I’ve had in Alaska or anywhere else for that matter. With creative concoctions such as their Chaga Fog—bergamot ice cream with chaga extract harvested from Talkeetna—each successive visit has resulted in a brand-new favorite.

The formula is simple: milk sourced from Palmer’s own Havemeister Dairy plus carefully curated mix-ins equals luxuriously rich ice cream that is uber-creamy and decadent. In other words, quite the departure from the heavily processed, freezer burned crap often labeled as “frozen dairy dessert” in the grocery aisle. I am no connoisseur, but I can easily attest that each flavor I’ve tried is a winner due in large part to a custardy composition and velvety mouthfeel. Dark Cherry Chunk, Mamma Dat’ My Jam, and a classic spumoni are a few of the greatest hits I’ve thoroughly enjoyed here.

On my last visit, I was determined to sample one of their dairy-free offerings in order to truly assess Motley’s potential. And what better way to try it than in the form of an Oreo ice cream sandwich, dubbed the “Belted Galloway”? I reached into the freezer and unearthed a weighty slab, which, once unwrapped, revealed a stunning replication of an Oreo in frozen form. I took a bite and was amazed by how close of an approximation the dairy free version was to its standard counterpart—made even more enjoyable by the distinct nuttiness of cashews and hints of coconut.

In the end, I decided that this was not only a treat for vegans or the lactose intolerant, but could be appreciated, if not completely devoured by even the strongest of skeptics… it’s just that good.

There’s something inherently fun, yet also comforting about ice cream, which likely speaks to its broad appeal.

This simple pleasure can serve as a brief respite from trying times such as these, and it’s clear that the crew behind Motley adhere to a philosophy of bringing joy. But beyond that, the quality of their product is exceptional, and it is my humble opinion that you are doing yourself a great disservice by not adding Motley Moo to your dessert playlist.