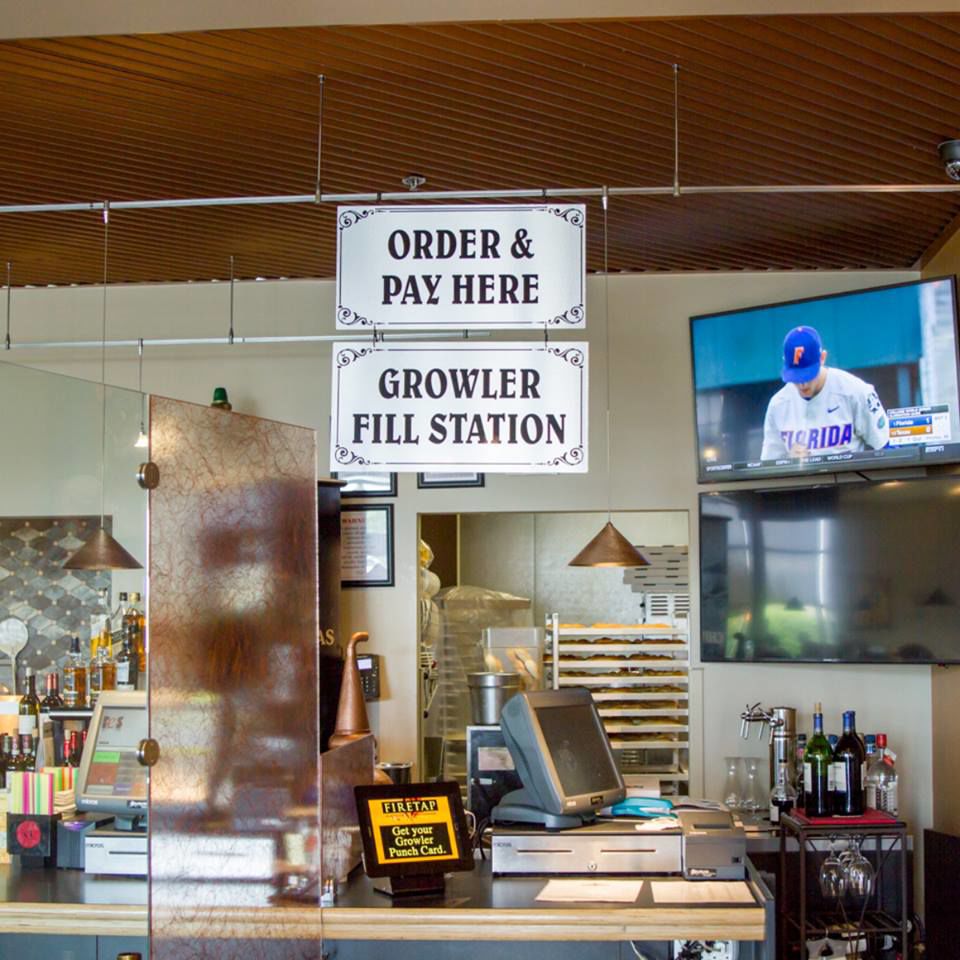 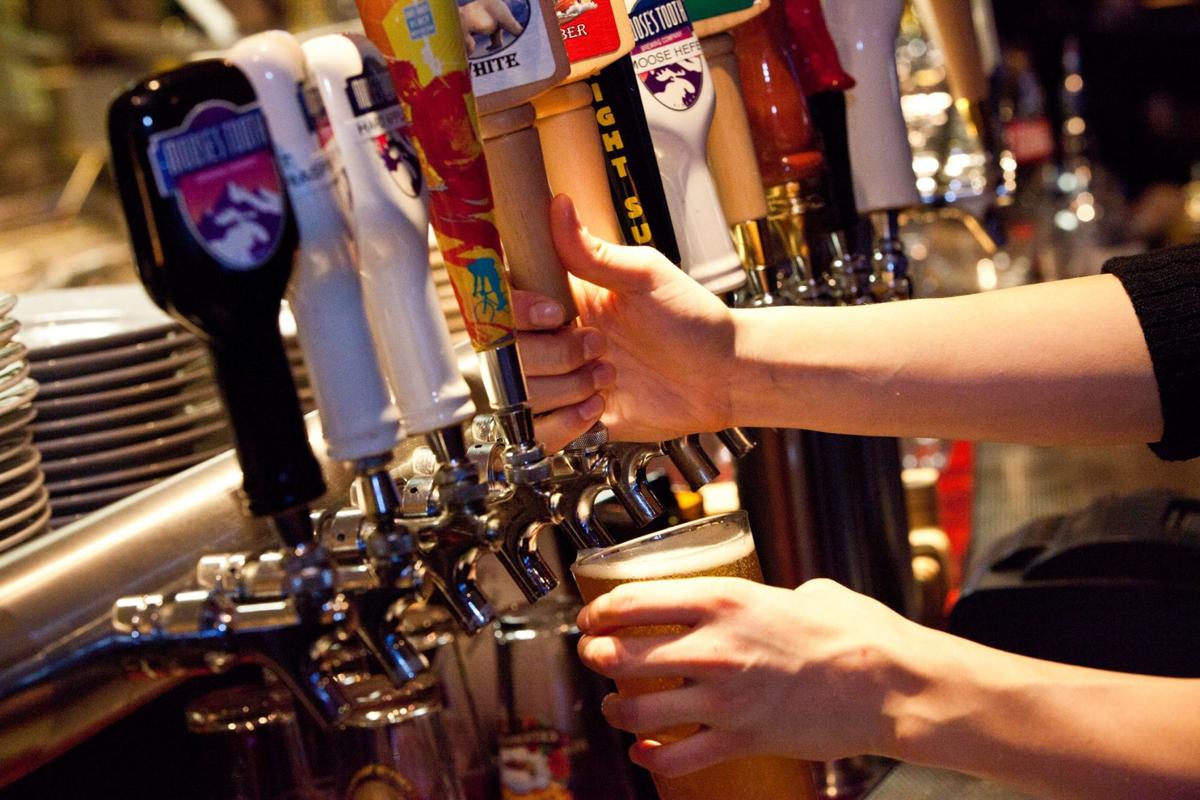 It’s been a little over 10 years since I announced the opening of the Firetap Alehouse in south Anchorage on O’Malley Road and the Old Seward Highway. Since then I’ve enjoyed a constantly rotating selection of 36 different beers on tap and have dined from an incredibly diverse mid-scale menu. To me, variety and local craft beer are instrumental in baiting me in again and again.

I was lucky enough to work, unofficially, with the owners and staff in preparation for the alehouse’s opening. I was excited because Firetap is one of Anchorage heritage establishments dedicated to a distinct focus on beer, although wine and hard liquor bring others in.

After 10 years, some things remain the same and some have changed, but consistent is the focus on beer, stellar service and great food.

My participation in the alehouse’s opening was by helping to design the original beer menu, then training the staff and servers on what they would be serving and what on the food menu those beers might best pair with. I was proud to have been asked to do this and had a lot of fun, knowing I was helping to shape something that would bring the biggest variety of beer on tap to south Anchorage, a part of town that really needed good suds back then.

Lots has happened in the beer world since then. Four of the initial beers came from Sleeping Lady Brewing Company, and that brewery’s long gone, having been replaced by 49th State Brewing Company a couple of years ago. So, we’ll never get to drink the likes of Sleeping Lady’s Gold Runs Golden, Susitna Hefeweizen, Fish On! IPA, or Portage Porter again, but that doesn’t make the beer menu any less diverse or inviting. Celestial Meads has also gone, and I miss not having their Razzary Cyser to sip on to break up my beer flights during my visits.

South Anchorage has a quirky “regional” palate that’s shaped what’s served at the alehouse these days. “Our customers aren’t as beer curious here as they might be in other establishments,” says one of the principals, Diane Thompson, who I’ve known for years and years. Her expertise helped open Humpy’s Great Alaskan Alehouse, another legendary beer purveyor in town.

“We’ve tried carrying some of the off the beaten track brands. We’ve tried sour beers. These don’t move so well based on our demographic,” says Thompson.

People come to Firetap to drink what they’re familiar with. “For us here, it’s very much brand recognition,” she says.

It’s not surprising that Alaskan Brewing Company beers are big sellers at Firetap. “We’ve done so well with Alaskan; people know the beer, they’re used to it and they don’t have to guess what they’re getting,” explains Thompson. “We go along with what people request and Alaskan brews remain really sought after.”

“We’re finding that we’re a pretty big IPA house, too; that’s the trend after all,” says Thompson. A quick beer menu check reveals that today, fully a third of the list is devoted to America’s most popular beer style.

Firetap welcomes tourists, but Firetap isn’t a big tourist draw, probably based on the location that’s well away from the soggy tourist draws like the downtown corridor where venues like Humpy’s, Glacier Brewhouse and 49th State do all they can to keep up with the thirsty, curious outsiders in the summer months. Instead, Firetap’s morphed into more of a family venue, and when tourists visit, it’s because the locals are bringing them there.

Even back in June of 2009 when Firetap opened, the focus was decidedly local. “Although everyone’s welcome and there’s plenty of room and plenty to choose from, the focus is not on tourists, but Alaskans. We’re trying to cater to the family, nearby businesses, the hockey rink and the surrounding families on the hillside, Bayshore and other surrounding communities. It’s as much Alaskan as we could make it,” she said in an interview back then.

Indeed, the nearby AT&T Sports Pavilion and Get Air Trampoline Park fill the venue with families and both local and visiting sports teams. “We’ll get big, connected crowds. We are set up to put tables together so the teams can come over; even teams of up to 50. Parents will accompany the team members and often want their own table where they can drink beer and let the kids have fun in their own setting,” says Thompson.

The addition of a growler bar a couple of years ago adds an additional draw. For growler service, Firetap has got to be the best deal in town. Any of the beers on tap can be taken out in growlers at $6 for a 32 ounce fill or $12 for a 64 ounce fill when you bring your own jug. I also like it that Firetap doesn’t up-price the premium beers on the growler menu; they’re all the same price. Shop around and you’ll see what I’m talking about.

If you’re looking for a growler fill, give Firetap a try. Sit at the bar or a table and enjoy one of the signature hand made pretzels – one of the very best in town in my opinion – while you wait for your fill. “They’re hand done,” explains Thompson. They are pretty unique in Alaska. We make them the old fashioned way. The dough is hand formed. We let the dough rise, then the pretzels are boiled like a bagel and partially cooked. When someone orders one, we finish cooking them so they’re served hot and very fresh.”

Although Firetap opened in June, the anniversary celebration was delayed until this Saturday. Firetap is less busy at this time of year and Thompson wanted people to come in on Saturday and enjoy some more breathing room. There will be hourly drawings for prizes like a paddle board, fire pit, growlers and growler fills and bottles of wine. With any food purchase, a signature pretzel is just a buck on Saturday during the restaurant’s regular hours between 11 a.m. and 11 p.m..

If you just can’t make the anniversary gig this Saturday, join me on Tuesday, November 19 at 6 p.m. for a beer dinner featuring local winter-inspired beers paired with a variety of Firetap dishes, some of which will be prepared specifically for the event. I’ll be emceeing the gig and promise I’ll liven things up during the evening. The pricing and beer and food pairings are in-work, and of course I’ll be featuring the event in another column closer to the event date.

What lies ahead for Firetap O’Malley? There’s nothing earth-shattering in the plans; there doesn’t need to be for this rock solid south Anchorage venue. “We’re going to keep on going like we’re going. We’ve seen changes in our local breweries, but we pay attention to what we’re doing, bring in the beer people want and focus on good food and good beer. Our goal is to serve the freshest, most sought after beer we can, monitor the trends and keep on keeping on,” says Thompson.