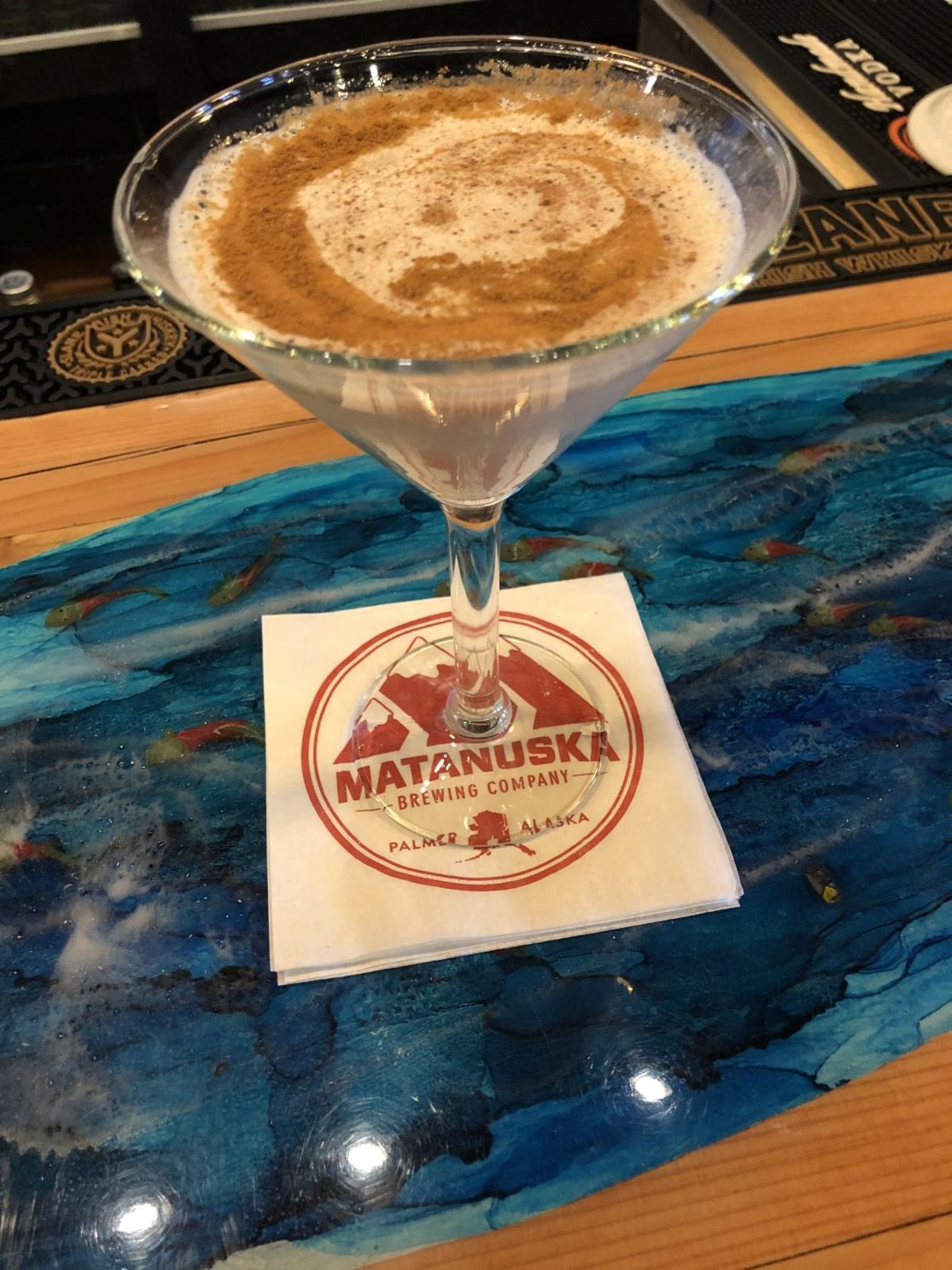 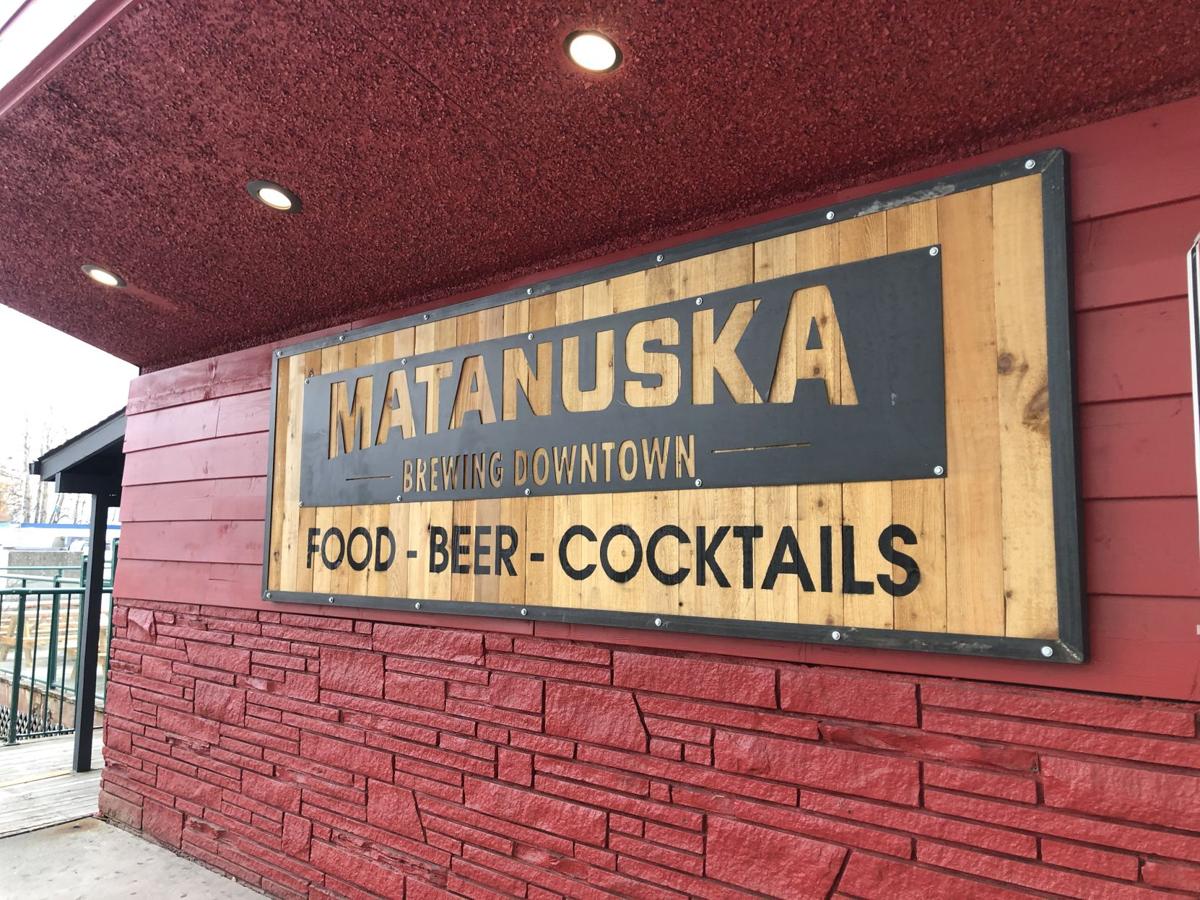 The people in charge at Matanuska Brewing seem to have a knack for taking things that have history in Alaska and successfully making something entirely different out of them, while keeping the spirit of the location. Matt Tomter, along with head brewer from Glacier Brewhouse, Kevin Burton, started the brand in the location that previously housed the Matanuska Maid Dairy Company. Now there are locations in Eagle River, and two in Anchorage. General Manager of the downtown location, Taylor Reed, has a little more insight into the origins of this newest entry into the downtown food and beverage scene. “So, the owner originally started off working in Barrow. He owned a pizza company, and he is a pilot, so he had this very successful pizza place, and then came to Anchorage. He had ties to Eagle River so then he opened the Eagle River Alehouse. From there they opened one in the Valley, and then came the brewery. Next came the Midtown location, and now we have this, the downtown restaurant.”

The location that Reed is referring to has previously housed other successful businesses, such as the Woodshed Bar which was around for decades before closing in the early 2010’s. Brown Bag Sandwich Company had a short run in the space, but under the name of Matanuska Brewing the location has received a facelift and interior change that is beautiful. Bright red brick and wood details have brightened up the location and given it the air of a brand-new place. It is the only changes that have happened, or that will be happening. After a summer of offering live music seven nights a week, Reed sees that adding in more entertainment will be beneficial to not only the business, but also the local scene. ““We also are going to branching out the downstairs, and we want to turn that into more of an entertainment showcase. We want space for people that want to see standup comedians, local musicians, and other performers,” she continued “We used to have live music every night, and next summer we will go back to that daily music schedule. For this season it will only be on Friday and Saturday nights.”

For Reed, this new part of her life has been an interesting one, but one for which she is grateful. While her background is mainly in business management, it hasn’t always been in the food and beverage industry. She has been enjoying this new challenge and getting to know everyone that she is encountering. “I love meeting new people and hearing the stories and connecting with locals around town. It’s been interesting,” Reed said.

One part of the learning has been getting to know the cocktail program at the location as well as the different beers. With 24 beers on tap just in her location, it’s a lot to take in. Matanuska Brewing tends to go for bold flavors and interesting styles. “They are all so varied in type and style. We have three featured beers a month. Right now, it is great because there is that variation even with those features. We have the Double IPA for those folks that really love the hops. We also have the Big Su Saison, that’s more of a classic, malty medium. Then we have the Raspberry Twanger which is super fruity — and it’s sour — and it’s almost like a juice. Because it’s Fall, we have the Oktoberfest which is selling like crazy!”

Beer isn’t the only offering in this 3rd Avenue eatery. “We have 60 whiskies,” Reed exclaimed.

This, they have in addition to the great selection of other spirits ranging from the very high-end Don Julio 1942, to the adventurous such as the Drumshanbo Gunpowder Irish Gin. This tendency for variation follows it’s way onto the cocktail menu where the classic margarita gets a twist of jalapeno, and the listed breakfast cocktail is a Hawaiian Mimosa, where champagne meets pineapple juice, grenadine, and Malibu Rum. Even the most classic cocktail, the Moscow Mule is now the Matanuska Mule, with a combination of Tito’s Vodka, Domain De Canton ginger liqueur, fresh lime, and ginger kombucha served in a copper mug. Most of the drinks on the menu include fresh ingredients or house made items. “We do make our own kombucha!” Reed said with a smile.

The cocktail menu is fun, but approachable, and so is the pricing at Matanuska Brewing Company. “We offer many different deals for people that are on a budget from flights, to pairings, and featured beers. We are also going to be launching our own seltzer so we will have that to offer since the market is currently asking for more products like Truly and White Claw.”

The food menu follows the same sort of patterns as the libations. Comforting and familiar but with a twist that you might not have thought of. American standards like meatloaf with a spicy kick or a hot turkey dinner will pair perfectly with one of the draft selections available.

For this week’s drink, Reed made one of the bartender specials for the time being. The Pumpkin Pie Martini. With the chill in the air and leaves starting to fall, pumpkin seems to be on everyone’s mind. This generous serving of a spicy and creamy martini is the perfect drink to have on a night out downtown. The flavors balance perfectly in this mix of Tito’s vodka, Fulton’s Pumpkin Pie liqueur, and Bailey’s Irish crème. Dusted with cinnamon and nutmeg this is so much better than a pumpkin spice latte.

Matanuska Brewing Company Downtown has a lot of history in its location as well as its origin story. Stop by for dinner or to check out a performance from groups like Regina and Will, The Eternal Cowboys, or possibly enjoy that Pumpkin Pie Martini while listening to Orion Donicht on Halloween. You won’t regret it.