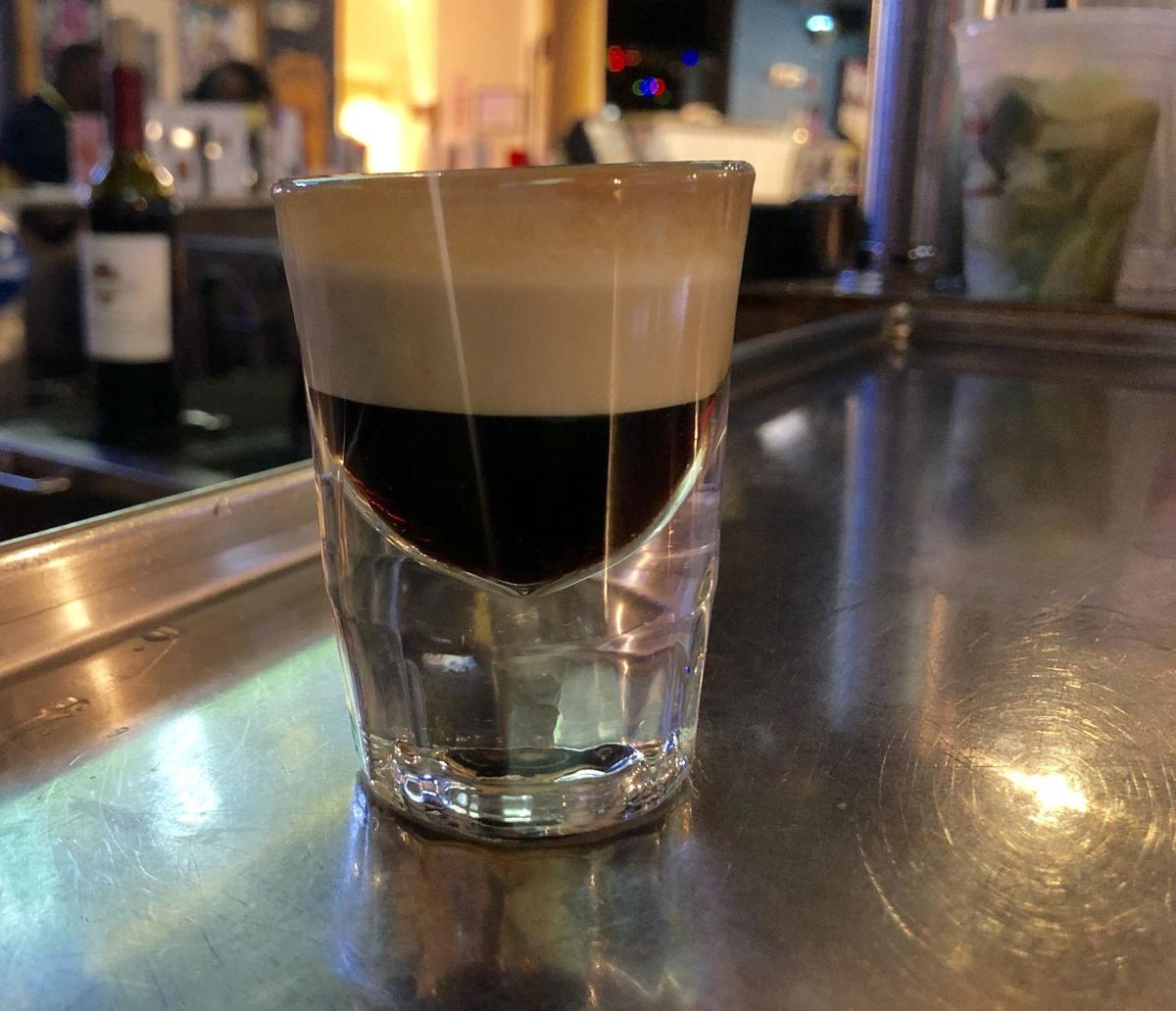 The Duck Fart at The Peanut Farm 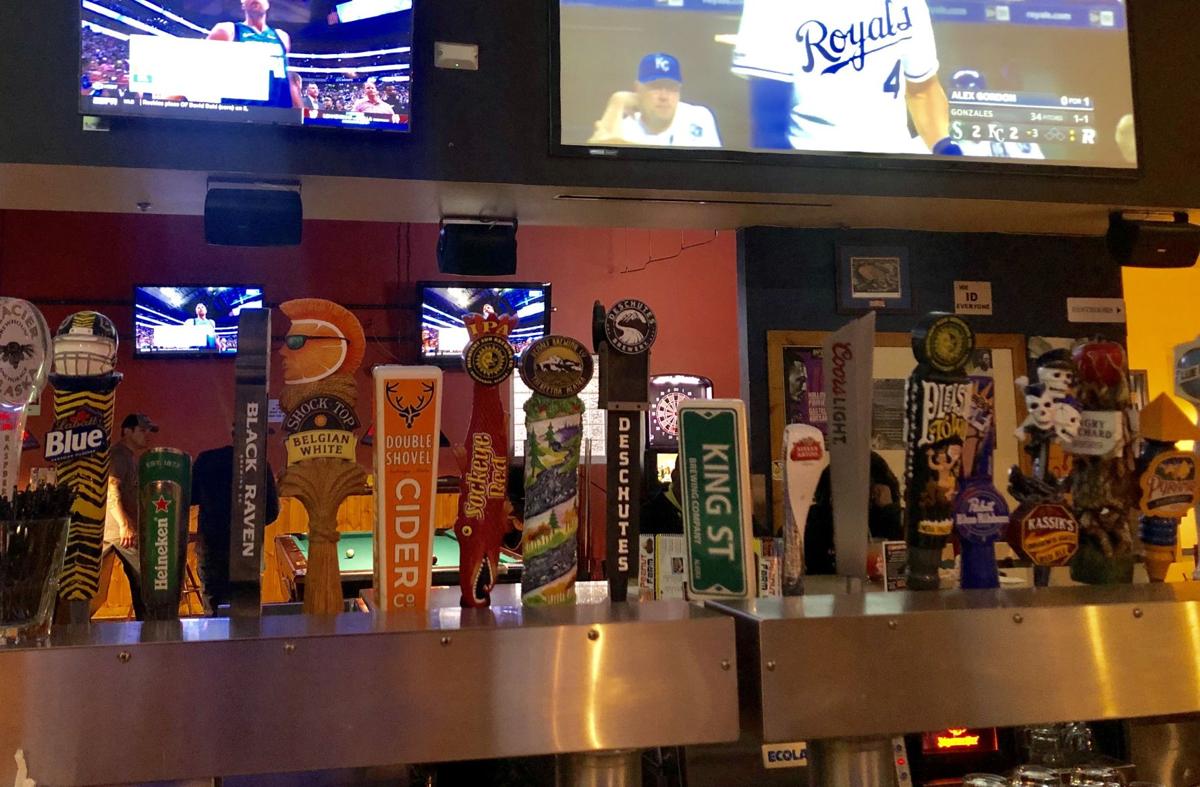 Love it or hate it, there is no denying that the Duck Fart is the reigning king of Alaskan drinks. It’s a simple drink, really — layers of Kahlua, Baileys, and Crown Royal served in a shot glass. You may hear different stories of how the drink came to be, and still others about why it got its name, but it only has one legend that holds true.

The story goes that bartender Dave Schmidt was working at the original Peanut Farm on a December day in 1987. A 70-year-old woman came into the bar and asked for a shot of tequila. She followed that with a request for a B-52, and then she wanted a Grasshopper. Because it was a snowy weeknight, the woman and Schmidt decided to experiment with layered shots, specifically with three layers. During one of these experiments, he had just finished with the bottom layer of Kahlua and was topping that with Baileys when the patron suggested he top it with some Crown Royal. When she took the shot the sound that escaped her sounded like someone had stepped on the web-footed fowl. There is another story that says he was wearing a duck bill that night and that is where the inspiration came from. Still others will tell you that the name came from his Oregon roots. Regardless of where the name was inspired, all storytellers should know that the Peanut Farm is the home of the drink.

The Peanut Farm was not always the large and beautiful sports bar that it is today. Creation began in 1958 as a small log cabin using a log scribe Scandinavian method for both the building as well as the Campbell Creek bridge. When it opened, peanut shells were part of the flooring. In the mid 80’s there was a remodel of the log cabin, and the addition of a new 500 square foot kitchen. In the 90’s more additions were added. In 2002 the bridge was rebuilt and rejuvenated, and in 2005 there was the completion of the new expansion featuring a deluxe two-story sports bar and grill with an 80-foot bar, 24-foot ceilings and a pizza kitchen. The deck has remained a popular summer location that is set to open for the season on May 1.

Assistant Manager Sienna Latham has been with the company for 10 years, eight of those as a bartender. She has a clientele that loves her for her attitude and sass, which she is always happy to dole out. When asked what she likes best about working at ‘The Farm’ as many customers call it, she answered “Picking on customers. For the people that know me my greeting is…” and she raised her middle finger at me. Assistant Manager Casey McCutcheon says that there are many that come in simply to be greeted that way.

The Peanut Farm has 70 large screens for showing whatever games happen to be on at the time and is consistently ranked as the best sports bar in town. With all the availability to watch, there are several groups that make the trek on game day and have already claimed their favorite spots to sit. “Corner over there for the Browns, Bills are on the stage, Packers are on the original side, Saints are in the back room. Then if you get into college, Alabama is on the stage, and we have a Michigan fan club...” the women explained, at times in unison. After making the mistake of calling the other side of the space the ‘old side,’ I was corrected. “That is the original side, and we always call it that,” said McCutcheon.

For those that are interested in games played rather than watched, the bar also has three pool tables, dart boards, and on Tuesday nights there is poker on the original side, also called downstairs.

This year, the Peanut Farm will be celebrating its 60th anniversary in style, and while there is not a date set, the ladies expect that the party on the deck that is being planned will become part of the legends that are made at the Peanut Farm. Summer days also mean that people will be flocking to sit on the deck above Campbell Creek. There is anticipation of a summer cocktail menu that should also be rolling out soon. Regardless of what mixology is happening, customers can always take advantage of the 32 beers on tap. With an emphasis on local brews and a glycol system that will always keep those suds at the proper temperature, beer might be the best choice for the upcoming months that look to be filled with beautiful weather.

If you stop by on a closing shift Saturday through Tuesday nights, you are likely to find Latham behind the bar, and you might catch her giving someone her signature greeting. If it’s not busy you might even be able to talk her into making you something special that’s blended, a skill that the servers have helped her have fun with. “A lot of my servers like when I do the foo foo blended drinks because I get creative with that. I don’t like it if I am busy, but when I have time, for the heck of it, it’s fun.” If it is slammed, just order yourself a duck fart and a beer. At the Peanut Farm, they know how to make them correctly.