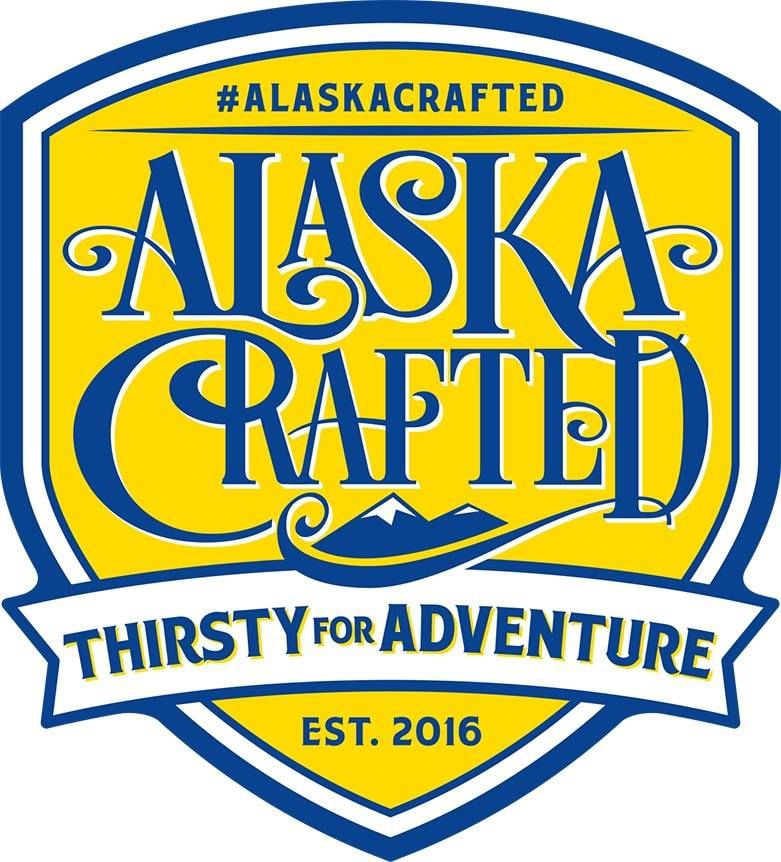 News about the third annual Alaska Crafted Beer Festival came to me late, but I’m super-excited to announce what could be the best beer drinking deal of the year for the best cause at one of Alaska’s best venues with support from some of Alaska’s best peeps.

I attended the inaugural Alaska Crafted fest in 2016 when it was held in the alley (F Street) between Humpy’s/Subzero and what’s now Williwaw. It was in May and the weather was miserable. It was raining and blowing sideways, but that didn’t dampen the spirits of the attendees and vendors that came together to celebrate craft beer and spirits in Alaska.

That hasn’t changed; it just got better this year.

Then-Executive Director of the Brewers Guild of Alaska Ryan Makinster told me, “this event is a great opportunity for people to sample beer from across Alaska that they may not get otherwise. This is the only event that promotes 100 percent Alaska crafted products exclusively.”

This gig directly benefits the Brewers Guild of Alaska, says Alexandra Vrabec, the Guild’s Development Coordinator. “One hundred percent of the proceeds go to the Guild.”

The Guild was formed in 2000 to promote locally produced beer and the industry as a whole by providing education, community events and legislative advocacy. These are all critical elements during a time when the Alcohol Beverage Control Board is working to further restrict activities that can take place at breweries, including festivals, games, competitions, educational classes and presentations and performances, effectively sucking the community social fabric out of some of our state’s favorite gathering places.

I actually ran the Guild for four years, but that was a long time ago, and the Guild’s become better organized and more sophisticated since then. Proceeds from events like Alaska Crafted fuel the organization’s ability to represent our brewing industry as a positive force.

In terms of beer basics, 20 of our state’s breweries are participating this year. Expect the tried and true, but exciting to me is the inclusion of some newer, remote breweries that don’t distribute their beer across the state, so attending this event allows me to sample their suds for the first time.

Lazy Mountain Brewing out of Palmer will be among those pouring beer. I just learned about this brewery a couple of weeks ago. Black Spruce Brewing of Fairbanks will be serving their beer. Devil’s Club Brewing from Juneau is coming up to participate. Eddie Miner of Gakona Brewing Company is driving down to represent the industry with his beer.

In addition to our local breweries, Arctic Harvest Distillery, Fairbanks Distilling and Anchorage Distillery will be serving their spirits, Bear Creek Winery is on board, as are Double Shovel Cider Company and Alaska Ciderworks and Meadery. Our alcoholic beverage industry is more than just beer.

“This year, we’ve decided to mix things up and invite non-alcohol vendors from outside of the industry to give it a little more local flavor,” says Vrabec. Expect local artists, local food and local music, too.

“We’ve sent out a lot of invitations and have plenty of vendor space available,” says Ryan Johnson, Alaska Crafted’s Marketing and Event Coordinator.

This year’s event is at Chilkoot Charlie’s and on Saturday between 2 p.m. and 6 p.m., the festival is taking over all of ‘Koots except the Southside Bar that will remain open to the public.

Johnson also invited all of our local food trucks that normally participate in the Thursday Food Truck Carnival to attend and bring their food inside. Jam to local bands including Kat Moore, the B49’s, Jangle Bees and Chase Christie on the main and south stages at ‘Koots throughout the event.

“Bands will perform on stage the entire time. Enjoy live entertainment, locally produced food and drinks, all in one space and all inside. Come and decide what your favorite local winter beer will be, see what kind of cocktails you can make this winter with local spirits. Bring on the stouts and heavy beers,” proclaims Johnson.

“The fact that we’re opening the doors to other local Alaska vendors is our pledge to feature all Alaska crafted products, not just beer,” says Johnson about the changes to the event this year. “With all of this crappy legislation going on, this is a great way to support all of our breweries at the same time and get to know what the Brewers Guild of Alaska Does,” he says.

Our local brewers will be taking over the taps at ‘Koots for this event, in all but the southside bar. I’m excited to see how this is going to work because it will be quite different than the local beer bar experience.

“Some breweries only need one or two taps, but some have asked for up to four,” says Johnson. “So, behind the bar will be a lineup of brewers sharing the bar space, serving their own beers, helping each other out, ribbing each other and swapping stories. It’s going to be a very cool event.”

According to Johnson, A VIP room will be set up in Koots’ Russian Room and even the Bird House will be part of the event. What a cool way to spend some quality time in one of Alaska’s decidedly local and perhaps most famous drinking establishment.

The gig is most definitely a good deal. General admission is $45 per person and scores you a commemorative sampling glass; most beer gigs boast this. Here’s what’s different, though. “It’s a flat $45 online or at the door. Get your sampling glass and check in with the brewers, distillers and other beverage dispensers all you want. There are no tickets. You don’t pay for the beer or spirits and you don’t have to worry about purchasing more tickets for more samples,” says Vrabec.

Designated drivers get in for $10. The food is pay as you go. Everything else is included, but bring extra bucks to buy things from the non-beverage Alaska Crafted participants.

Surf out to the Alaska Crafted web page at alaskacrafted.com to get your tickets in advance. There’s a $4.37 processing fee for the $45 general admission and a $2.24 processing fee for the $10 designated driver tickets. If you’re a procrastinator like me, tickets will be available at the door, too, but that’s just going to slow you down; so the online version guarantees you a spot and you can walk right in.

If you’re a local vendor making uniquely Alaskan products, there’s still vendor space available, too. Email director@brewersguildofalaska.org for more details. There’s no cost to showcase your goods; this is all about featuring the best of the best up here and there’s plenty of room for you at ‘Koots.

The Third Annual Alaska Crafted Festival at Chilkoot Charlie’s this Saturday is a great way to spend a late fall afternoon experiencing our local alcoholic beverage industry’s goods and supporting a great cause at the same time. Look me up at the gig and I’ll buy you a beer.