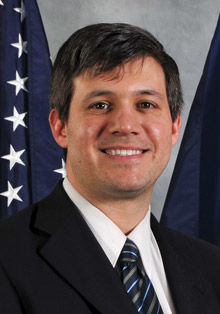 With the price of oil crashing due to geopolitics, and other sectors of the Alaska economy shrinking because of the coronavirus pandemic, these are rough waters the state is in. There is no question the state is going to go back into a recession and by all estimates that recession could very well be worse than the recession the state went through in the early 1980’s. Despite the challenging nature of the times we live in, there is reason to have hope that our legislators can find a path forward to deal with the fiscal crisis that has been affecting the state since 2015.

The first answer in cracking the code of the fiscal crisis has to be getting new revenue into the state treasury and there is a good proposal to do that from an Anchorage Democrat. Senator Bill Wielechowski has introduced legislation called SB 129, which is a bill that would repeal and replace SB 21 with a new oil production tax regime.

His bill, if it is passed this session, would bring in billions of much needed dollars to the state treasury that will allow the legislature to plug the gaping hole of our S1.5 billion deficit. His bill is also the only revenue proposal that can bring in the amount of money needed to be able to have a full fiscal plan come together this session. All of the other revenue bills which have been introduced by Senator Click Bishop (R-Fairbanks), while good public policy will not bring in the needed revenue to develop a full fiscal plan.

There is strong opposition to Senator Wielechowski’s proposal from the oil industry within the halls of the capitol, but that does not change the fact that SB 129 needs to pass and those legislators who are reluctant to support it should get on board. The members of the Alaska Legislature, when examining Senator Wielechowski’s bill, have to remember that they are the board of directors for the people of Alaska and we are the shareholders. Besides which, at this critical time in our state’s history, there are core constitutional obligations, such as public safety that must be paid for and if they are not we will not have a modern Alaska.

A second key piece of getting a full fiscal plan together this session must be the passage of Senator Natasha von Imhof’s spending cap bill SB 104 and an accompanying constitutional amendment based on the language of the bill.

Her proposal is a key component of a full fiscal plan because it will ensure massive savings in the future for the people of Alaska. With a spending cap in place there will be no issues in the future of the legislature spending down savings as there will be a built in mechanism to ensure legislators are being fiscally responsible. A key feature of her bill — as it should be in any constitutional amendment — is making sure that the PFD is under the cap so that there can never be a future legislature to overdraw from the earnings reserve of the fund.

The only thing standing in the way of her spending cap proposal, going forward, and for that matter getting out of the Senate, is the Valley faction and the indecision of Gov. Dunleavy.

The governor has continued to remain silent on where he stands with any proposal for a resolution to the state’s fiscal crisis and it is causing harm. The governor needs to take a position and work with the Senate leadership on putting together a fiscal plan that secures a brighter future for Alaska. His proposal for a large PFD this year is irresponsible and it demonstrates why many, in and out of the legislature, have lost respect for his decision-making.

As to the Valley faction, because of their size they are blocking a vote on Senator von Imhof’s bill because they object to having the PFD under the cap. They still want a $3,000 dividend and rather than work with their colleagues on a fiscal plan that is based in reality, they will persist in pushing a fiscal plan that isn’t in the best interest of all Alaskans.

In order for a comprehensive and intelligent plan, going forward, there must be compromise and good solutions advanced. Senator von Imhof and Senator Wielechowski are on the right track and need the governor and their Valley colleagues to wake up and come to the table. If they don’t, then the fiscal crisis we face gets worse and all blame goes to the extremists selling pots of gold at the end of rainbows.