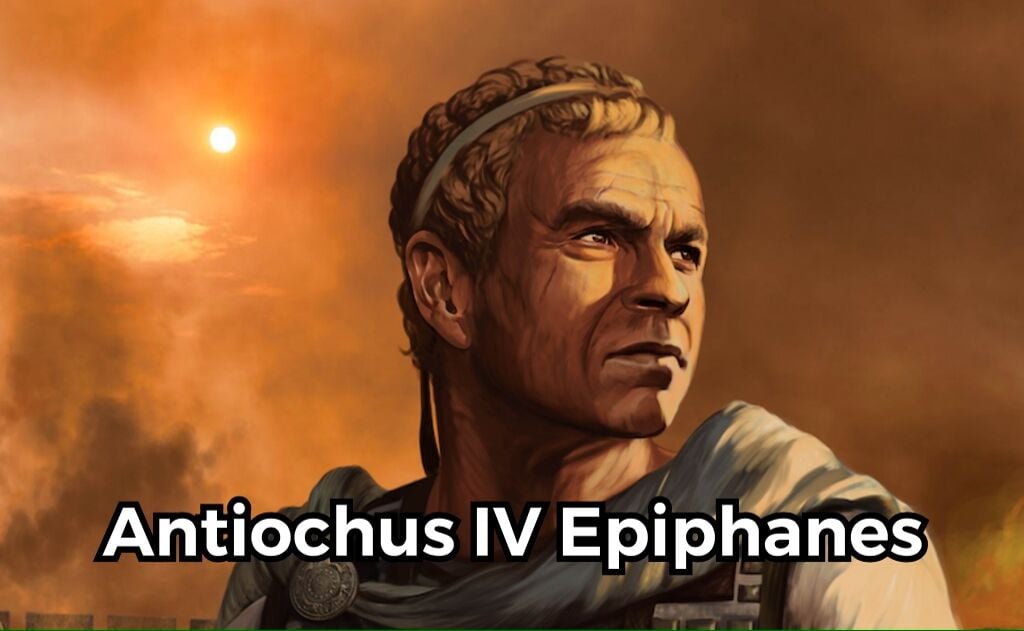 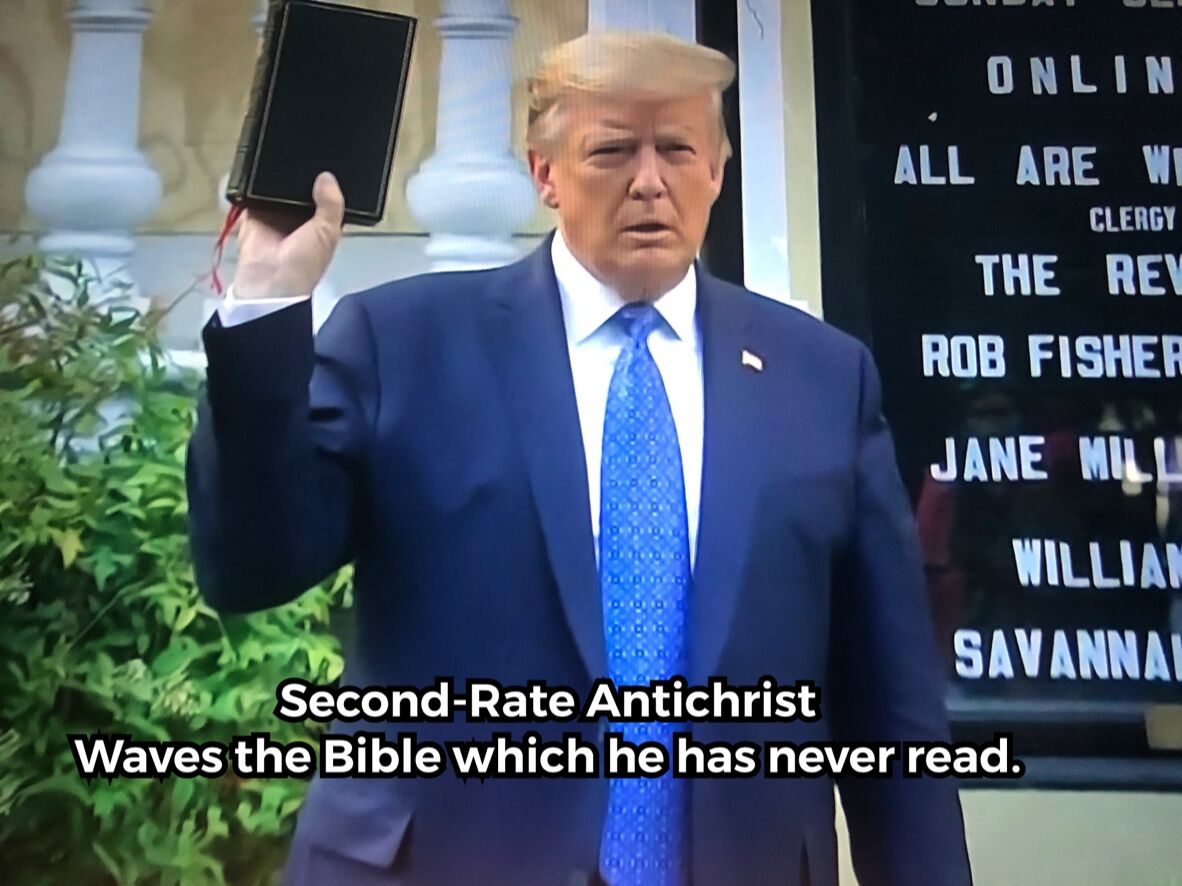 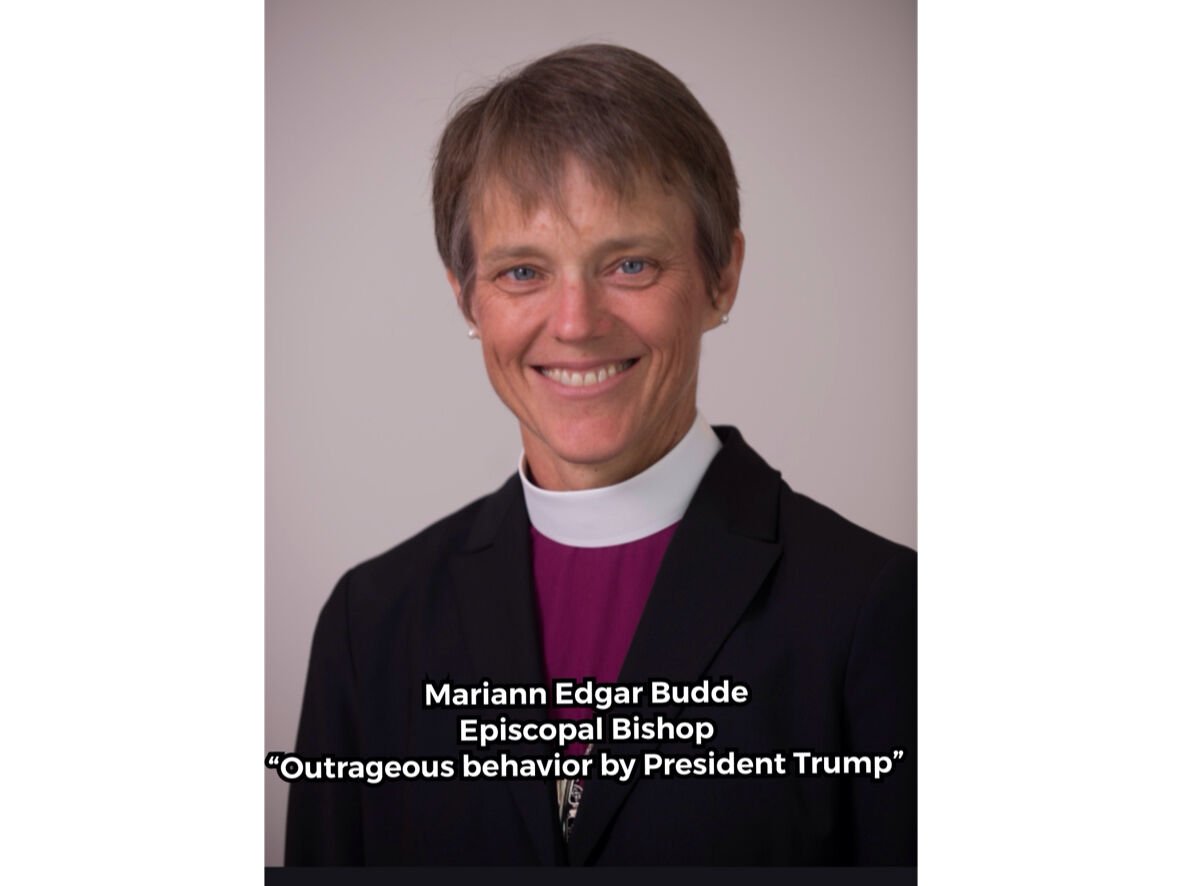 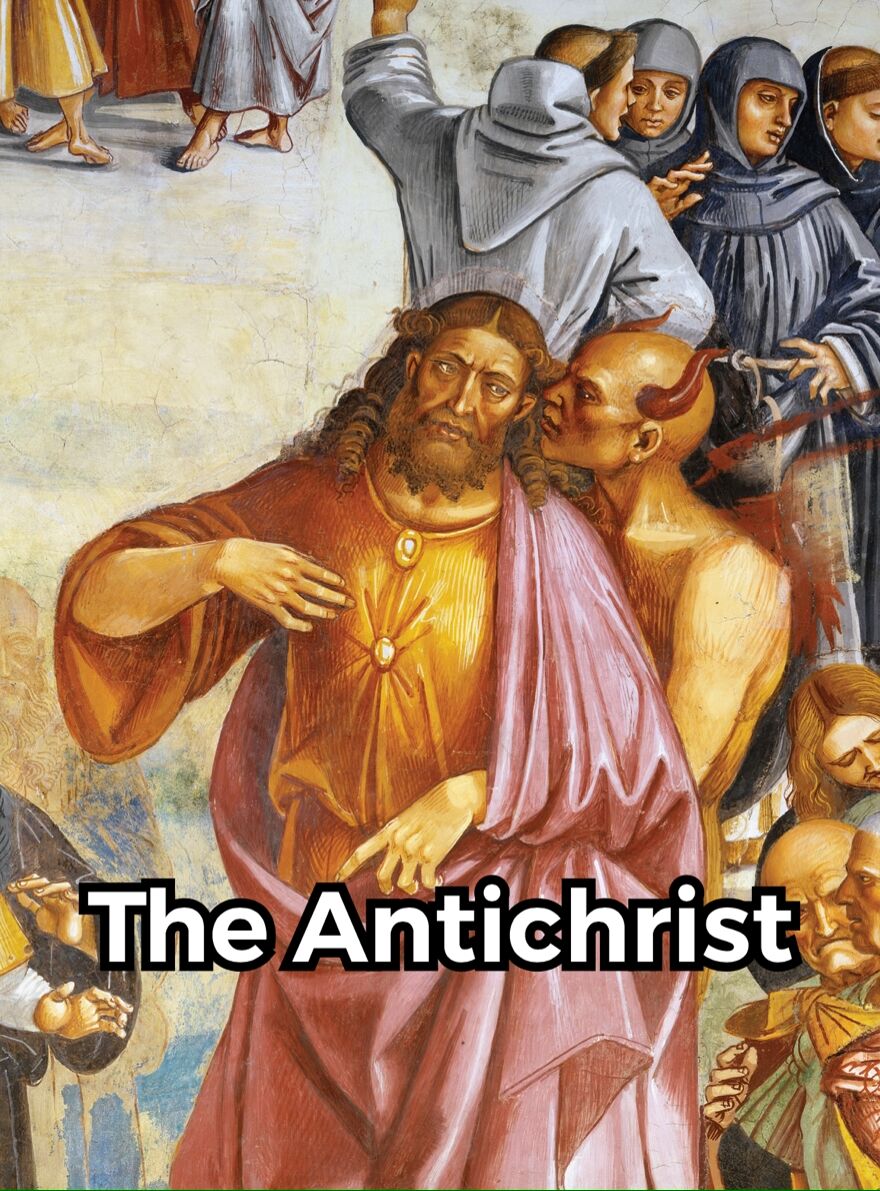 When I was a youth, I spent some quality time studying the Bible and pondering the fate of the world. I was, like any kid, interested in the monsters and demons described by the elders. In that respect, the Old Testament was more interesting to me than the New. The advent of Christ was kind of a buzzkill, to be honest.

But there was one character who always held a special fascination for me, and in the New Testament, we first meet him in the first and second Letters of John (1 John 2:18, 22; 1 John 4:3; 2 John 1:7). Here we meet the super-villain as the antithesis of Christ, the Antichrist. Of course the Book of Revelation casts this super-villain in a major role. Some secularist scholars speculate that John was tripping on mushrooms that can be found, apparently, on the Island of Patmos where he lived. I’m not sure about that. But the Antichrist definitely became a supernatural villain in the Book of Revelation and a feast for the imagination of a Bible-wielding child of 12.

But, in my old age, the most meaningful super-villain character in the Bible is discussed in the so-called Hebrew text, in the stories of Daniel who wrote about 130 years BEFORE Christ. The Final Persecutor is described at Daniel, 7:25. Annotated Bibles often reference the Daniel character in the New Testament footnotes in the above-referenced mentions of the “Antichrist.”

All of this is to say that I feel perfectly comfortable conflating Daniel’s “Final Persecutor” and John’s “Antichrist” character!

I am reminded of the Antichrist when I look at the photos of the President’s staged walk to the Church of St. John, along with his entourage of the Chairman of the Joint Chiefs of Staff, the Secretary of Defense, his security advisors and his Attorney General. He stood in front of the church waving the Bible as he declared war against Americans demonstrating righteous anger in the murder of George Floyd and others at the hands of police.

And the photo of Trump standing before the St. John’s Episcopal Church outraged Bishop Mariann Edgar Budde, the Bishop of the Church. There was no coordination with her before the President trooped over to the church to create a photo op. She and her Canadian colleague, Anglican priest Michael Coren, were especially outraged at the sweeping away of protesting citizens with tear gas to clear the path for the President’s “Photo-Op.” Coren says, “…Donald Trump, supremely indifferent and even mocking, held high a text that speaks of love, peace and justice. This was blasphemy. In the most authentic and repugnant sense, it was blasphemy…”

All this reminds me of the passages from the New Testament warning of false prophets:

Matthew 7:15: Beware of false prophets, which come to you in sheep’s clothing, but inwardly they are ravening wolves. Mark 13:22: For false Christs and false prophets shall rise, and shall shew signs and wonders, to seduce, if it were possible, even the elect.

But in his role as a global leader and influencer, Trump’s acts of blasphemy (at both the Episcopal Church and the Catholic Memorial to Pope John XXIII) in service to unleashing oppressive secular power against protesting citizens, I believe, qualifies him as a super-villain in the class of Daniel’s persecutor and St. John’s Antichrist.

There is scholarly consensus that Daniel’s “Final Persecutor” was aimed at the secular ruler, Antiochus IV Epiphanes.

Antiochus, like Trump, had a flair for reality entertainment. Antiochus tried to interact with the common people. In those days, the King’s performances would occur in the public bath houses where he would hold forth for hours. According to Brittanica, “...his often eccentric behavior and capricious actions led to some to call him ‘Epimanes’ (“The Mad One”), a word play on his title Epiphanes.”

Antiochus broke with a ruling tradition of the Seleucids. Previous rulers had respected Jewish culture and protected Jewish institutions. Antiochus, however, changed this policy, resulting in harsh persecutions and a revolt against his rule.

Donald Trump similarly has broken with the cultural tradition of presidents of the U.S., who were tolerant and respectful of institutions, resulting in the harsh persecution of non-white Christian cultures and faiths.

The Revolt of the Maccabees against Antiochus in many ways resembles the current angry protests being mounted against the persecution and injustice of the system, especially under Trump.

We read in 2 Maccabees that “... [when Antiochus] thought that Judea was in revolt, [he raged] like a wild animal and set out from Egypt and took Jerusalem by storm...”

President Trump’s threat to declare anti-fascist activists “terrorists” while not doing the same for pro-fascist agitators, who have been documented in the conduct of looting and violence on the fringes of legitimate protests, smacks of the tactic used by Antiochus to persecute the Maccabees while cultivating the Hellenized Jews in Jerusalem for his own political ends.

This super-villain of Daniel met his fate in the form of an enemy that even his kingly power could not vanquish: a flu-like illness.

“But the all-seeing Lord, the God of Israel, struck him with an incurable and invisible blow...he was seized with a pain in his bowels...yet he did not stop his insolence, but was even more filled with arrogance, breathing fire in his rage against the Jews.”

The 2 Maccabees describes the end of Antiochus, the Persecutor/Antichrist “...Thus he who only a little while before had thought, in his superhuman arrogance, that he would command the waves of the sea, and had imagined that he could weigh the high mountains in a balance, was brought down to earth and carried in a litter, making the power of God manifest to all. And so the ungodly man’s body, swarmed with worms, and while he was still living in anguish and pain, his flesh rotted away…“

As for Trump, I believe his arrogance and persecution of the poor and people of color shall undo him. And he, like Antiochus, will be fatally afflicted by a pandemic; not biologically but politically. And his alliance with the racist and violent extremists on the Right will drag him and his party down into the cellar for years. Enablers and apologists like Senators Tom Cotton and Marco Rubio will find themselves drowned by a cathartic wave summoned by the majority of Americans of good will who will have had enough.

In the end, the “Good News” of our political journey is that redemption lies on the other side of our struggle. It has been so long since we Alaskans—and Americans—could feel positive about our future that we simply have lost our capacity to imagine it, but these terrible times will pass, and so will America’s Antichrist, Donald Trump.

Stay strong, have faith, and #Resist!