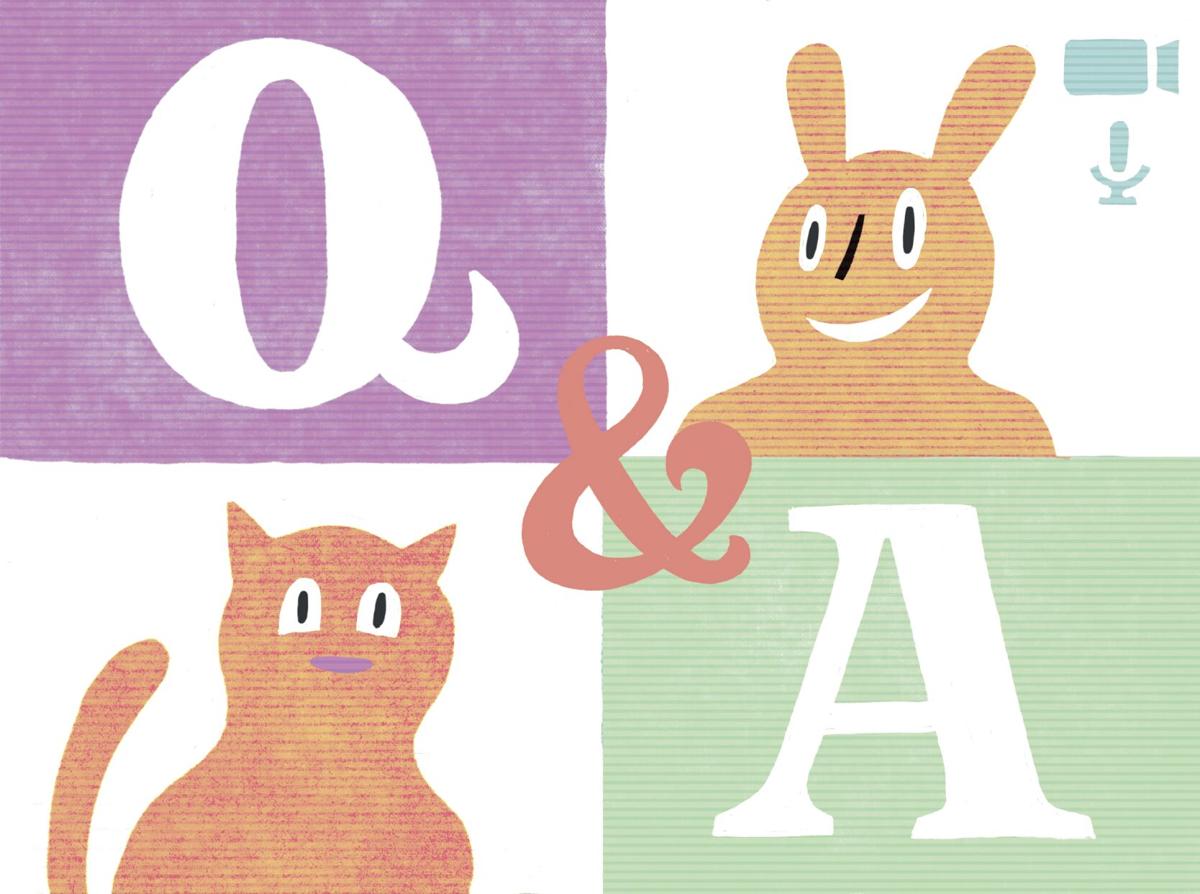 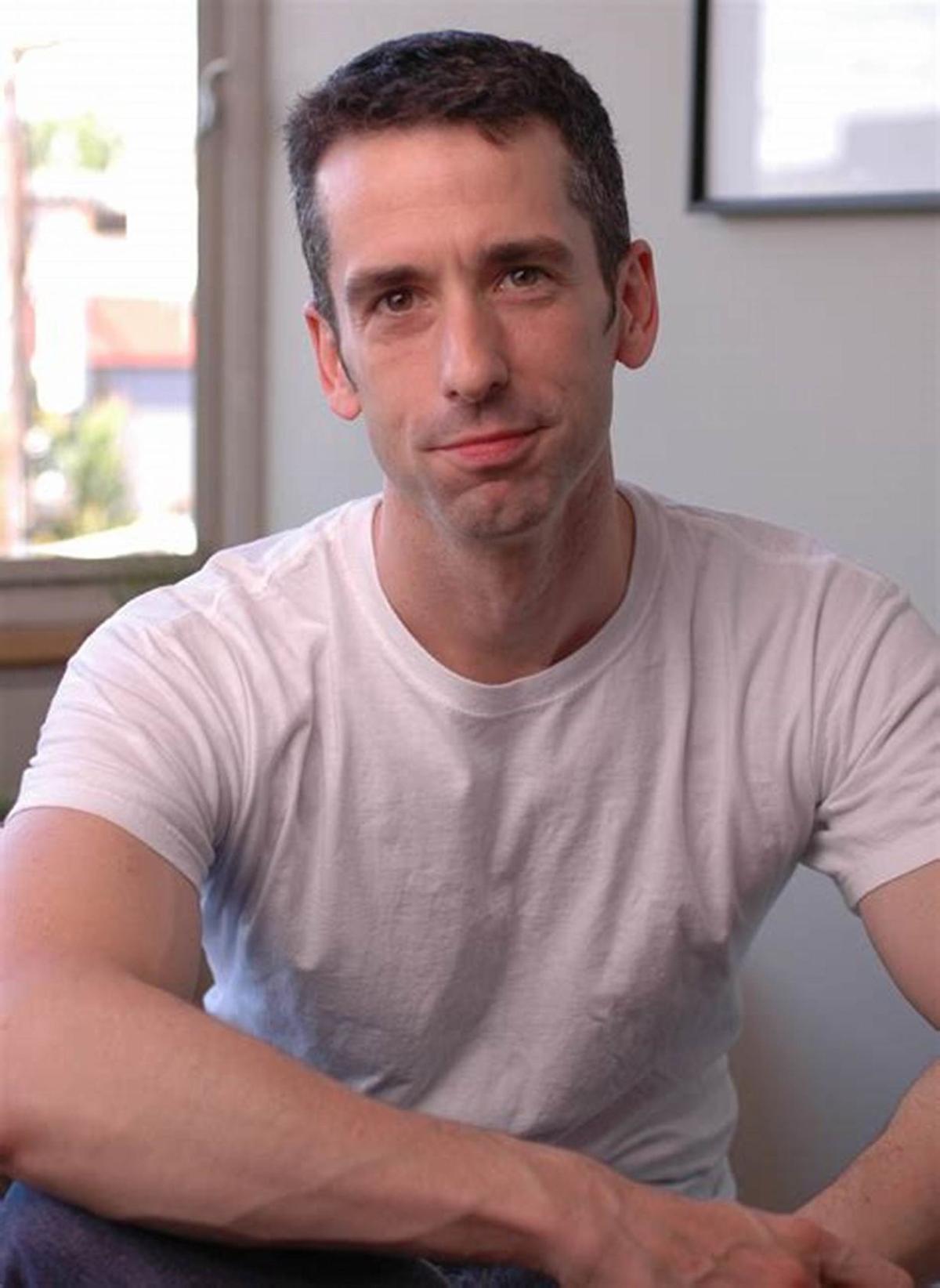 Hey, Everybody: We had our first Savage Love Livestream event last Thursday night and I had such a blast! A huge crowd of Savage Love readers and Savage Lovecast listeners got together on Zoom for a live online Q&A that raised more than $14,000 for Northwest Harvest, an organization that supports food banks in my home state. I got more questions than I could answer in our allotted time and so I’m going to answer as many as I can squeeze into this week’s column. Here we go…

Is it a red flag or sign of deeper attachment or commitment issues if your long-term partner never tells you he loves you?

I’ve heard people describe relationships that were three months old as “LTRs.” Assuming you’re not one of those people—assuming you’ve been with this guy for more than a year—and you’ve already said “I love you” to him and he hasn’t said it back, well, that’s a bad sign. But I wouldn’t describe it as a red flag. Early warning signs for physical or emotional abuse are red flags; not hearing “I love you” from someone you’d like to hear that from does suck, I know (because I’ve been there), but it’s not a sign that you’re in danger, girl. It’s also not proof your partner has attachment or commitment issues; he just might not be interested in attaching or committing to you. But whatever the case might be, if you’re unhappy being with someone who can’t bring himself to say “I love you” then you shouldn’t be with that person.

My fiancé has an ex-girlfriend who just can’t let it go. He’s blocked her on social media but his mother still follows his ex and is friends with her and they interact at least monthly. Likes, comments, etc. Can I address the issue with his mom or is that just somewhere you don’t go?

Why are you monitoring your fiancé’s ex-girlfriend’s social media? I mean, if you weren’t lurking on her Instagram, you wouldn’t know your future MIL is liking and commenting on her photos. You fiancé’s mom is an adult and she can follow anyone she likes on Instagram. And if you don’t want her to think you’re the toxic one, you won’t address this with her. Be the change you wanna see in your fiancé’s ex: let it go.

I’ve always wanted to know more about your history with circumcision.

My wife and I are lesbians who just found out we’re having a baby boy! We’re super excited but had some penis questions. My wife wants to circumcise our son because she says that if he’s uncircumcised he’ll get made fun of in the locker room. Does this happen? How often do boys look at each other’s dicks growing up?

The circumcision rate among newborn boys has been falling for decades and now only a little more than half of boys are circumcised at birth. So even if boys were comparing their dicks in locker rooms—and they’re not—your son won’t be alone. And for the record: the American Academy of Pediatrics doesn’t recommend the procedure and the supposed health benefits—a lower risk for urinary tract infections and a lower risk for some sexually transmitted infections—aren’t a convincing argument in favor of the routine circumcision of male infants. And while the complication rate is low (1.5%), those complications can range from easily treatable infections to “amputation of the glans,” “necrosis of the penis,” and “death.” Risking your son’s life and most important limb to spare him a moment’s awkwardness in a locker room seems unreasonable to me—particularly since your son can’t consent.

My partner wants me (F) to peg him! Hooray! Any advice? He is very hot! Thanks! You rock!

He should douche! Plenty of lube! Take it slow! Film it for HUMP!

I’m a bisexual male in California. When is the right time to tell someone I just started dating that I’m bisexual? And how?

Mention your bisexuality on dating apps—which is where most couples meet these days—and you won’t have to tell someone you’re bisexual after you’ve started dating them. If you meet someone the old fashioned way (school, work, through friends), tell ‘em right away. It’s nothing you should be ashamed of or have to roll out carefully. And being with someone can’t embrace and celebrate your sexuality is bad for your mental health; the more out you are about being bi, the lower your odds of winding up with someone who has a problem with it. It ups your odds of winding up with someone who fetishizes your bisexuality, of course, but if you had to choose between a partner who disapproves (and polices) and a partner who drools (and wants to watch), you’re gonna way better off with the droolers.

Gay black male from NYC here. Two months ago I lost my partner of seventeen years to COVID19. I have a pretty strong support system but it’s really hitting me really hard right now because my partner was very politically active and supportive of the struggles of black and brown people. I’ve been in therapy but any suggestions or resources for how to deal with such a loss in the midst of all this chaos?

I’m so sorry for your loss—and I apologize for not spotting your question during the show. I’m glad you have a strong support system and that you’re working with a therapist. If you need more support, your therapist should be able to refer you to an online grief support group. And I’ll just add… grief isn’t something we “deal with” and then we’re done. It’s something we carry with us. And in my experience time doesn’t lighten the load. Still, the longer we walk with it, the stronger we get, and the lighter it feels. My heart goes out to you.

Longtime listener and magnum subscriber! We will keep this short: We are in a happy monogamish marriage and have heard one is not supposed to share toys under any circumstances. What are your thoughts on this?

One shouldn’t share a toy one hasn’t cleaned—and one should make sure one’s toys aren’t made of porous materials that are hard or impossible to clean. But if one has, say, a silicone toy that can be run through a dishwasher, well, one can share that toy. A fluid-bonded couple can safely share toys during sex, of course, so long as toys aren’t going from assholes to vaginas between cleanings. You also shouldn’t put a dildo in your spouse and then turn stick it in your very special guest star. But if you obey those simple rules—clean toys, no ass-to-vag, no used toys in thirds or toys used by thirds in primaries—it’s safe to share your toys.

I’m a 25-year-old lesbian trans woman in Chicago. I had a long video chat two weeks ago with a woman I met at the Chicago Age Players Convention—think International Mister Leather but for Adult Babies/Diaper Lovers—and we really hit it off. It felt like we were about to pull a U-Haul despite being in quarantine. We even discussed a visit. But since then I haven’t heard from her. I’ve tried texting and calling. My question is what should I do? How can we reconnect?

You can’t reconnect if she isn’t interested in reconnecting. I know that sucks, but you’ve already done everything you can—you texted, you called. She knows you’re still interested and you have to accept that you’ll hear only if she wants to reconnect. Hopefully nothing’s wrong and she’s safe. I don’t think ghosting is ever nice but a lot of people are struggling right now and some people who wouldn’t normally ghost are ghosting. If she offers you an apology when she reaches out to you again—if she reaches out to you again—don’t hold the ghosting against her. If you never hear from her again, well, then she wasn’t who you hoped she was.

Okay, thank you again to everyone who bought a ticket to the Savage Love Livestream! All proceeds—every single cent raised—went to Northwest Harvest. If anyone reading this in a donating mood right now, you can donate to Northwest Harvest directly at northwestharvest.org/donate.