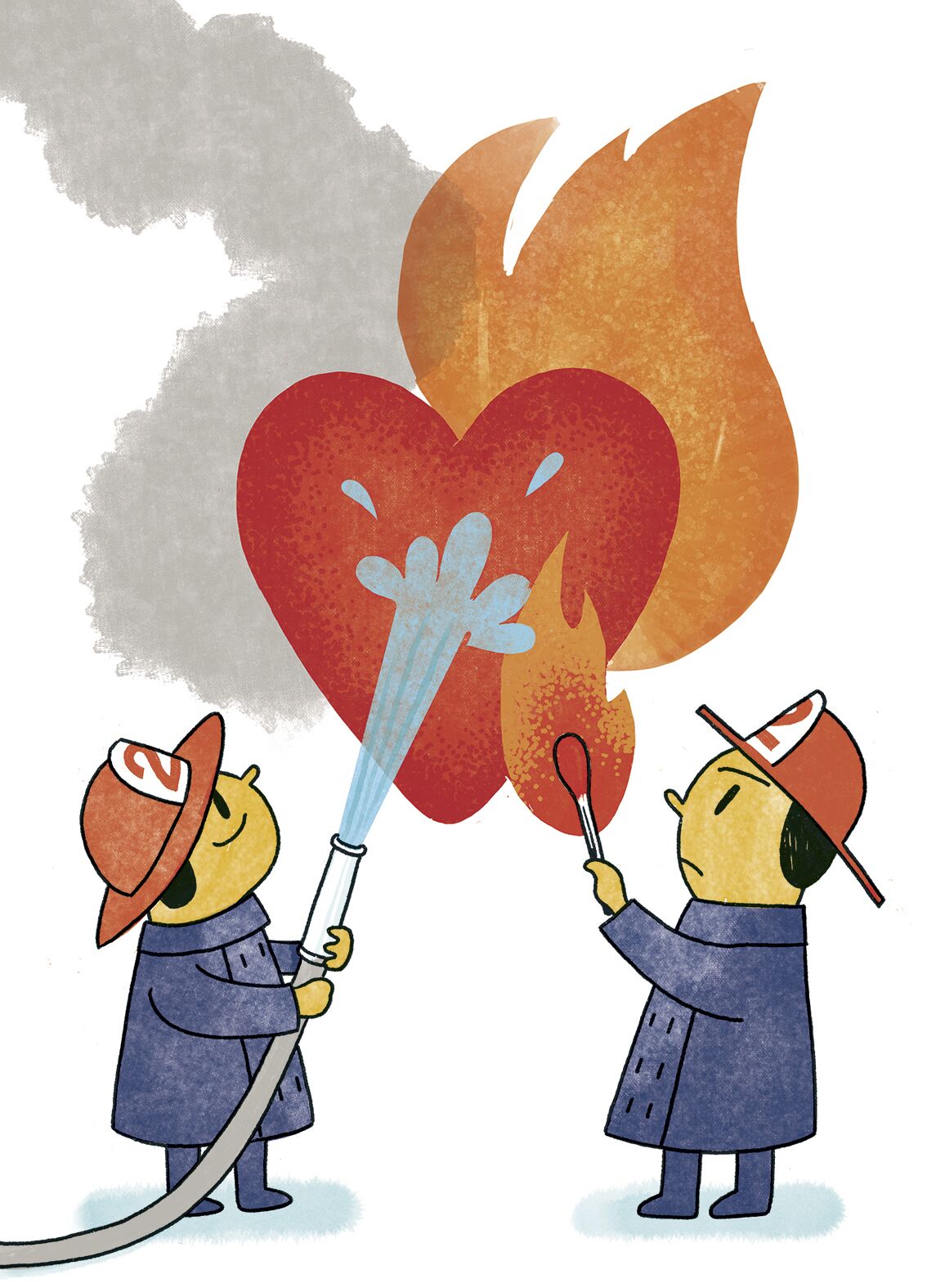 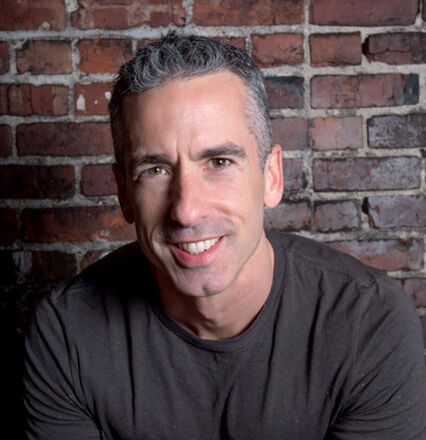 I need your advice. My partner of 27 years has been sleeping with my best friend. This has been going on for a year and a half. As far as I knew, we had a monogamous relationship, even if things had gotten stale between us in recent years. And my best friend is everything to me. I confide in him for a lot, including advice on my relationship. We spoke recently about how my partner wasn’t interested in sex. He looked me straight in the eye as said how his partner wasn’t interested in sex either. Little did I know that he was doing my partner. What is weird is that my friend isn’t even close to my partner’s “type.”

My friend, however, has turned into an absolute whore in recent years. His partner knows nothing about it. I feel so betrayed by them both. I am gutted. I also fear being alone. I am 56 years old. The four of us did a lot together—Thanksgiving, Christmas, dinners, brunch, everything. I don’t see how we can continue now. What should I do?

Going Under Thanks To Extreme Deceit

I don’t know what to tell you.

If you find what your partner and best friend did—over and over again—intolerable and unforgiveable, GUTTED, then don’t tolerate or forgive. Burn it all down. Dump your partner of nearly thirty years and cut your best friend out of your life. Then you get to decide if you’re gonna go quietly or if you’re gonna let people know why you ended both these relationships. And if you make your reasons public, GUTTED, which you have every right to do, the details will instantly get back your best friend’s partner—assuming you don’t tell him yourself—and your ex-best-friend’s relationship will most likely end. Which means when the dust settles… and new leases are signed… you and your best friend’s ex will be alone and your then-former partner and your then-former best friend will be free to go public with their relationship.

You don’t say much about your relationship other than how long it’s gone on, GUTTED, that things went stale some years back, and how upset you were to discover this affair. But if there’s still good in this relationship and you have reasons to stay other than (or in addition to) not wanting to be alone, GUTTED, then get into couples counseling with your partner.

Things will never be the same, GUTTED, but you know what? It’s deeply irrational for us to expect things to stay the same as the decades grind on. And having to pretend things are the same puts an avoidable—but not easily avoidable—strain on our long-term relationships. Because even as both partners know things have changed, acknowledging that fact feels risky because it often involves renegotiating the terms of the relationship. (Like a monogamous commitment made decades ago.) And the longer you’re together, the higher the stakes can seem. So two people don’t talk about what has changed… even if both parties know things have changed… and some people decide to do what they need to in order to stay married (or partnered) and stay sane. (Where do people get that idea?) Ideally this going and doing—contingencies, allowances, carve outs—are discussed in advance and agreed to by both parties. But just as often as not, GUTTED, difficult conversations are avoided and affairs begin and then much more difficult conversations can’t be avoided once affairs are discovered.

Finding out you’ve been cheated can be deeply traumatic. I say “can,” GUTTED, because it’s not true in all cases; some people don’t give a shit who their partners are sleeping with after three decades together so long as they come home. It’s not that sex and faithfulness (which is not to be confused with monogamy) aren’t important. They are. They were obviously important to you. It’s just that other things—like a long history together or a deep-if-not-passionate intimacy or both—can become more important over time and monogamy, flawlessly executed over decades and decades, is not the only way a person can demonstrate faithfulness to a partner.

Once you’re in couples counseling—assuming your partner is willing to go—I would encourage to squarely face questions like how important sex is to you as individual now and how important sex and sexual exclusivity are to you as couple now. Sexual passion and sexual exclusivity may have defined your relationship at the start and may have helped you cement your bond. But other things—valuable things like familiarity, intimacy, and security—may have overtaken them in importance. Just because your partner may not be interested in sex with you anymore or sex with you exclusively, GUTTED, doesn’t mean your partner isn’t interested in being your partner anymore. He may still love you and other things—perhaps more important things than sex—cement your bond now.

Or not. Your partner could want out and the affair was his way of blowing it all up. But if he wants to stay in this relationship too, GUTTED, it would, again, be a different kind of partnership going forward. Perhaps a companionate one, perhaps one with a revived sexual connection. There’s definitely a path forward if you both want to be together. It’s a steep and a rocky path, GUTTED, but it’s one countless other couples have walked together. But navigating it would require a huge effort from both of you, sincere contrition from him, and heroic powers of forgiveness from you.

As for your best friend, GUTTED, you should tell that guy to go fuck himself for all eternity.

P.S. You toss the word “whore” around like it’s a bad thing. It’s not. Deceit and betrayal are bad things. What your best friend did was a bad; what your partner did was bad. But whoring around—safely, ethically, consensually—is a good thing, GUTTED, and a lot of my readers and listeners are looking forward to getting out there and doing some safe, ethical, consensual whoring around once they’re vaccinated. You may find that a little whoring around yourself—whether you’re single soon or not—may be just what you need. And, yes, even recently single gay men in their mid-fifties can get their whore on. (Put “daddy” in your Instagram bio, GUTTED, and watch the DMs pour in.)

I would like you to be the referee in a disagreement. I am going out with a lady who insists that tinglehole is two words, as in tingle hole. I, on the other hand, believe it is one word. Like an adjective describing a condition: tinglehole. Since this is your word, Dan, what do you say? Thank you in advance.

Words With Friends With Benefits

P.S. There is some seriously freaky GGG shit riding on your answer.

A few years back you couldn’t watch thirty minutes of basic cable without seeing three ads marketing “tingling” lubes to straight couples. These lubes were touted like they were a revolutionary new way, as one KY ad put it, “to turn up the heat” on your sex life. Yeah, no. First of all, I remember seeing bottles of “hot lube” in sex shops and on the nightstands of my first boyfriends back when I came out in the 1980s. And the effect was, well, let’s just say that most bottles of hot lube were disposed nearly full. Because while hot lubes do make you hole tingle, it’s true, it’s not like they do the work. A lousy lay with hot lube on his dick is still a lousy lay. And getting hot lube all over your hole doesn’t “enhance the experience,” per KY, it only makes more it difficult to move on from it; it’s impossible to fall asleep after sex—be it good or bad—when you’ve got a bad case of tinglehole.

P.S. It’s my word, I invented it, and I say it’s one word. Enjoy your freaky shit!

Thanks for sharing, GV!