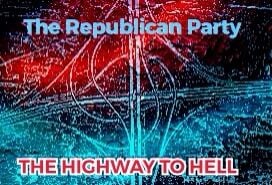 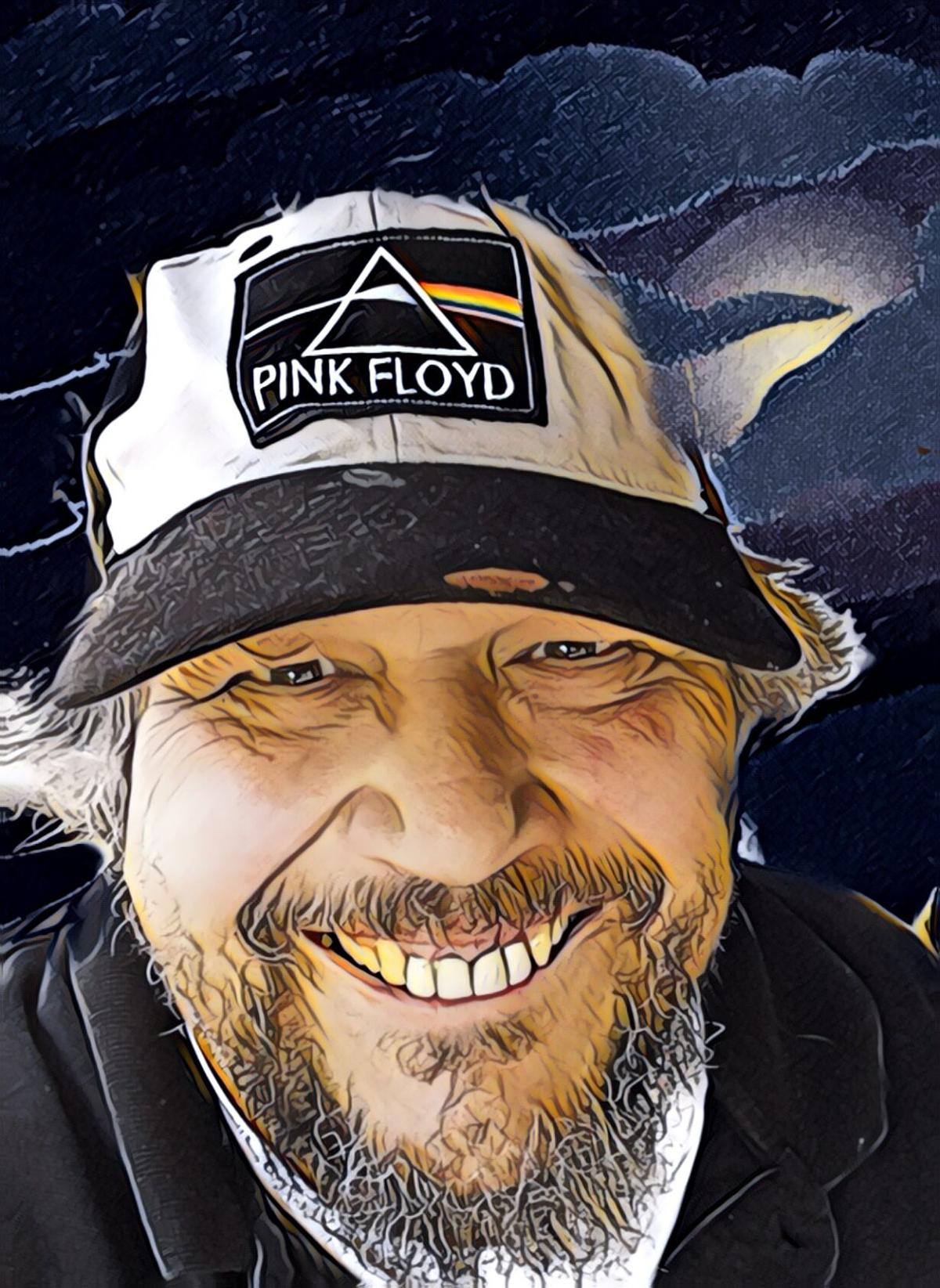 In Colorado, Lauren Boebert, a Coronavirus lockdown opponent and anti-masker, decided to run for congress. She was asked about social media posts that promoted QAnon conspiracies. She didn’t shy away from her belief that there is a “Deep State” plot against President Trump that involves Satanism and Child Sex Trafficking. She was laughed off by her opponent, 5-term incumbent, Scott Tipton. She beat him. Handily.

In Georgia, a QAnon Conspiracy theorist, Marjorie Taylor Greene, won the Republican primary in Georgia’s 14thDistrict, one of the most Republican in the State. She beat a well-funded conservative Neurosurgeon, John Cowan, backed by the Party establishment. She didn’t just beat him, she clobbered him by 15 points! The unsettling thing for mainstream Republicans? Ms Greene openly subscribes to a theory that there is a “Deep State” of child-molesting Satanist traitors plotting against Donald Trump. A Republican candidate won the Colorado primary espousing QAnon theories. And Ms Green declared her campaign was being dedicated to a war against a cabal of global satanic pedophiles, and her opponent’s greatest sin was that he didn’t believe her. Marjorie Taylor Greene made the Primary a referendum on her opponent’s rationality. And he lost.

And in Florida’s 21st District, home of Donald Trump, a proto-fascist, anti-muslim conspiracy theorist named Laura Loomer convincingly won a 6 person Republican race. Ms Bloomer actually calls herself an Islamaphobe who advocates banishment of Muslims. Her contributors include Roger Stone and Alex Jones, both Trump allies. Loomer has been banished from Facebook, Twitter and Instagram for her anti-Muslim statements; she has been banned from CPAC, Lyft and Uber for harassment of Muslim drivers .

QAnon is not the only source of problems for traditional Republicans in the era of Trump. Neo-Nazis, White Supremacists and holocaust deniers are also at home in the Trumplican orbit. This past March the Republican Party in Illinois made the unprecedented step of endorsing a primary candidate in Illinois’ 3rd Congressional District. A candidate named Arthur Jones was the object of their ire. He is a neo-Nazi, an anti-Semite, and a holocaust denier.

Meanwhile here in Alaska, insurgent Rightists swamped the Republican Party primary. Powerful long-time Republican stalwarts like Cathy Geissel are in jeopardy from challengers with no bona fides or expertise; their only “qualifications” being some vague bleeping pledge to patriotism, guns and a full PFD. Geissel’s opponent’s website features the candidate in full military regalia.

Incumbent George Rauscher’s challenger, who is breathing down his neck pending absentee vote count, is a self-described member of a “militia” whose voting record reveals that he has not voted—ever—not once.

And in a singular, brave effort in this primary to recapture a seat in the name of pragmatics, rational Republicans banded together to knock out incumbent David Eastman. Eastman has been censured, removed from committees by his own caucus and has been so ineffective, the Alaska Family Action group endorsed his opponent.  “Regardless of your views on Representative Eastman, it is clear that he isn’t an effective policy-maker and legislator. He hasn’t delivered for his constituents and he certainly hasn’t advanced our conservative values”. -Midnight Sun, Matt Buxton, June 22, 2020. Nevertheless, Eastman was re-nominated in the primary by a comfortable margin.

For some reason, the Republican Party has always been the homeless shelter for extremists. For example, the Republican Party was a friendly host for isolationist and non-interventionist foriegn policy during the 1930s. But that policy strain bonded with anoter element just before World War II: Nazi sympathizers. Author Bradley Hart began researching the history of Nazi Sympathy in the United States. His book, “Hitler’s American Friends: The Third Reich’s Supporters in the United States” argues that it was large because it was hidden in the plain sight of the Republican Party’s isolationists and nationalists. The War Effort drove the radical elements underground when they re-emerged after the War to weaponize anti-communism as a political tactic.

For his 1946 congressional campaign, Richard Nixon’s political consultant, Murray Chotiner, ran a successful  “campaign of lies and innuendo”, as incumbent Jerry Voorhis called it. Voorhis was “too close” to communist or “left-leaning” organizations, the Nixon campaign said. This campaign provided a template for Republican campaigns around the United States during the next cycle. In 1950, Nixon hired Chotiner to use the same tactic against Senate Campaign Democratic candidate Helen Gehagen Douglas. They were successful. The 1950s ushered in Republican campaigns of lies and innuendo often running against their own party in primaries, accusing moderate Republicans of being “too soft” on Communism.  Senator Joseph McCarthy (R-Wisc) used the campaign tactic in a national made-for-media campaign of attack against all of the centers of Democratic and progressive support, particularly Labor Unions and the Entertainment business. An important link to today’s Trumplican Party is the vigorous attack by McCarthyites to McCarthy’s own party, fighting with the Republican establishment when he accused the Eisenhower administration of hiding “Communists and pinkos” in the State Department.

After the collapse of McCarthyism, the next major milestone in the developing web of RightWing extremism was the founding of the John Birch Society. The Belmont, Massachusetts millionaire, (Owner of Welch’s candies) Robert Welsh founded one of the most durable conspiracy-laden organizations in American History; it is still alive and thriving today. All of this prepared the ground for the emergence of the Goldwater Campaign in 1964 which became the aggregator and the institutionalization of a permanent disaffected Right in the Republican Party.

In 1964, with Barry Goldwater’s emergence as the Standard-bearer for the party,  the GOP declared war on moderation and compromise and wholeheartedly embraced a theocratic future. So exciting were the prospects of this vision that thousands of young people thronged to these banners (Hillary Clinton and Elizabeth Warren included).  Goldwater lost, and the forces of extremism were momentarily driven underground, but Johnson’s albatross, VietNam, essentially killed off The Great Society, and produced the Southern Strategy, of which Nixon's political strategist, Kevin Phillips said,  "From now on, the Republicans are never going to get more than 10-20% of the Negro vote and they don't need any more than that...but Republicans would be shortsighted if they weakened the enforcement of the Voting Rights Act. The more Negroes who register as Democrats in the South, the sooner the Negrophobe whites will quit the Democrats and become Republicans..."

Goldwater had not just launched an attack on moderation and compromise; he had become the modern-day Father of a world view that saw people of long standing conservative perspectives as RINOs (Republicans in Name only) if they strayed outside the new orthodoxy. Big Tent Republicanism was over.

Many today on the right now acknowledge not only the wrongheadedness of Goldwater’s campaign but also how that vision has yielded an Administration that puts the entire country at risk. The number of conservatives not only declaring their opposition to Trump, but actually campaigning for Biden (Miles Taylor, Colin Powell, The Lincoln Project, Republican Veterans Against Trump) is simply unprecedented.

This is not “just politics”; this is about the current GOP embrace of ANYTHING that will preserve their power and that brings us to QANON….  The permanent disaffected Right embedded in the Republican network draws in elements floating at the margins of politics including racists, xenophobes, neo-nazis, white nationalists (David Duke ran as Republican), religious militias (Army of God) and now, with the rise of Q-Anon, a movement that is a product of this age of RPGs (“Role-Playing Game”), the Republican Party is a “crash pad” for anarchic gamers and chaos magick.

Q-Anon is a game. Q (or the GRU intelligence team who acts as the Dungeon-master for the game) drops clues (“Q-drops”) on a Q turf (4Chan) that generates speculation and consensus on various Q chats. New conspiracy theories are hatched, new targets for online torment are identified, and the fun never ends.

While support for Donald Trump is the rationale for the QAnon Movement, I believe the collective psyche of the movement is beyond the control of the GRU or anyone else. It has become an organic hive-mind.

“Barring drastic changes ...the GOP members of the Legislature next year will be far less inclined to compromise or share power with those outside the party. That realignment will have major implications for the now-existential budget crisis Alaska is facing”

“With Giessel, and potentially Sens. John Coghill, Natasha Von Imhoff and Gary Stevens, falling in their primaries, the Republican Senate majority caucus seems all but certain to take a hard swing to the right.

“In the House, a similar number of moderate Republican incumbents who are members of the bi-partisan majority caucus trail their hard-right challengers...That’s bad news when crucial long-term budget decisions are staring Alaska in the face.”

Every decision has consequences. If one starts trouble or takes actions in spite of the discontent that they will cause, one will incur negative consequences.  For too long, the Republican party has promoted, encouraged and sustained extremist thinking on the fringe because it benefited them politically. The Republican Party leaders are smart people. They know they were helping to cultivate a “Know-Nothing” movement that would adhere to their brand because they embraced a fictional “culture war” against Democrats. All that was required for the Republican Party to win elections was to care and feed anti-intellectualism and a contempt for science and a disregard for and a suspicion of public institutions. And this served them well...until now.

Anyone who didn’t agree with a crackpot theory was immediately labeled a “RINO”. It has become clear that the Republican Party no longer controls its own branding. A fiscal conservative like Natasha Von Imhof can cite facts and figures all day, but the impatient full dividend Cletus doesn’t want to hear it. He doesn't need a nursing home. He doesn’t need a hot lunch at school. He doesn’t use a ferry, He doesn’t have a child with disabilities needing rehabilitation service. Cut it all and give him his damn check.

Germane to the question of “credit and blame” --the only time the state generated a surplus in this century were the two years that Democrats participated in a power-sharing agreement in the Senate 2007/2008. That was when the legislature passed ACES and we collected $17 Billion dollars we put in a Budget Reserve. Then the 2010 redistricting gave absolute Republican rule that abolished Democratic power-sharing, and “Corporate Welfare for the Oil Companies” (my term), SB 21, passed which drained our reserves.

Going into the General Election the Big Questions for self-identified Conservative voters are, “Are you going to bite the bullet and vote for Democrats and Independents and perhaps usher in a time of rational governance?  Or are you going to continue to vote for Republicans and take the Highway to Hell.”

Marc Grober contributed to this column.