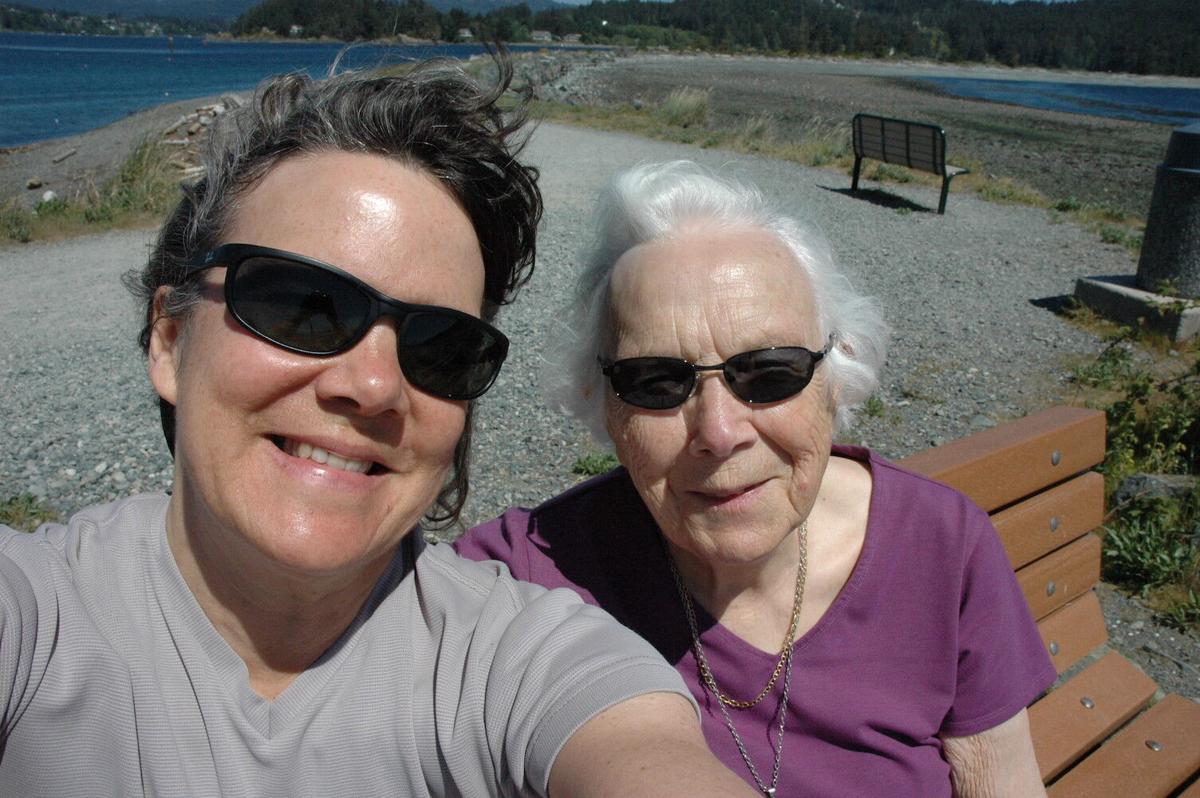 Barbara Hood and her mother 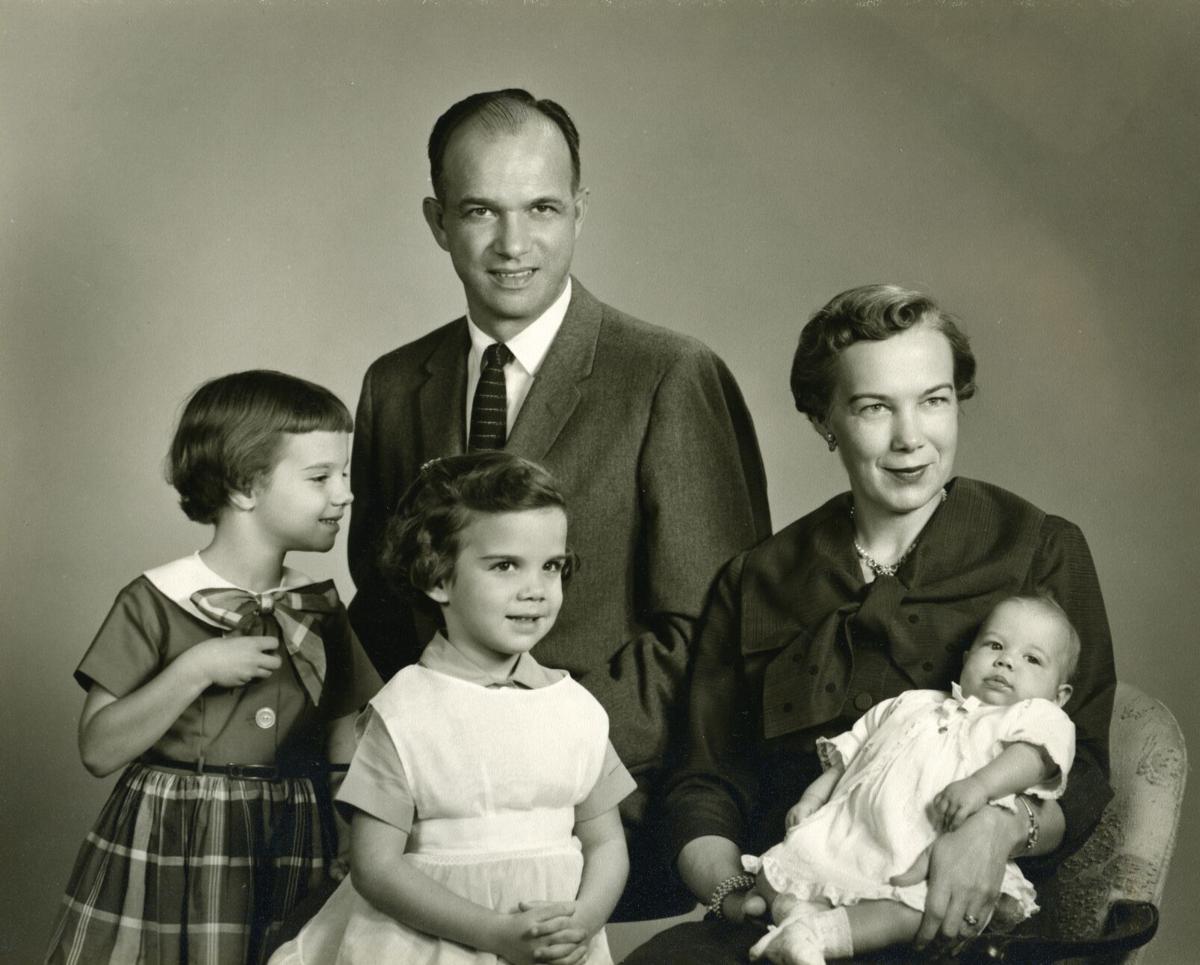 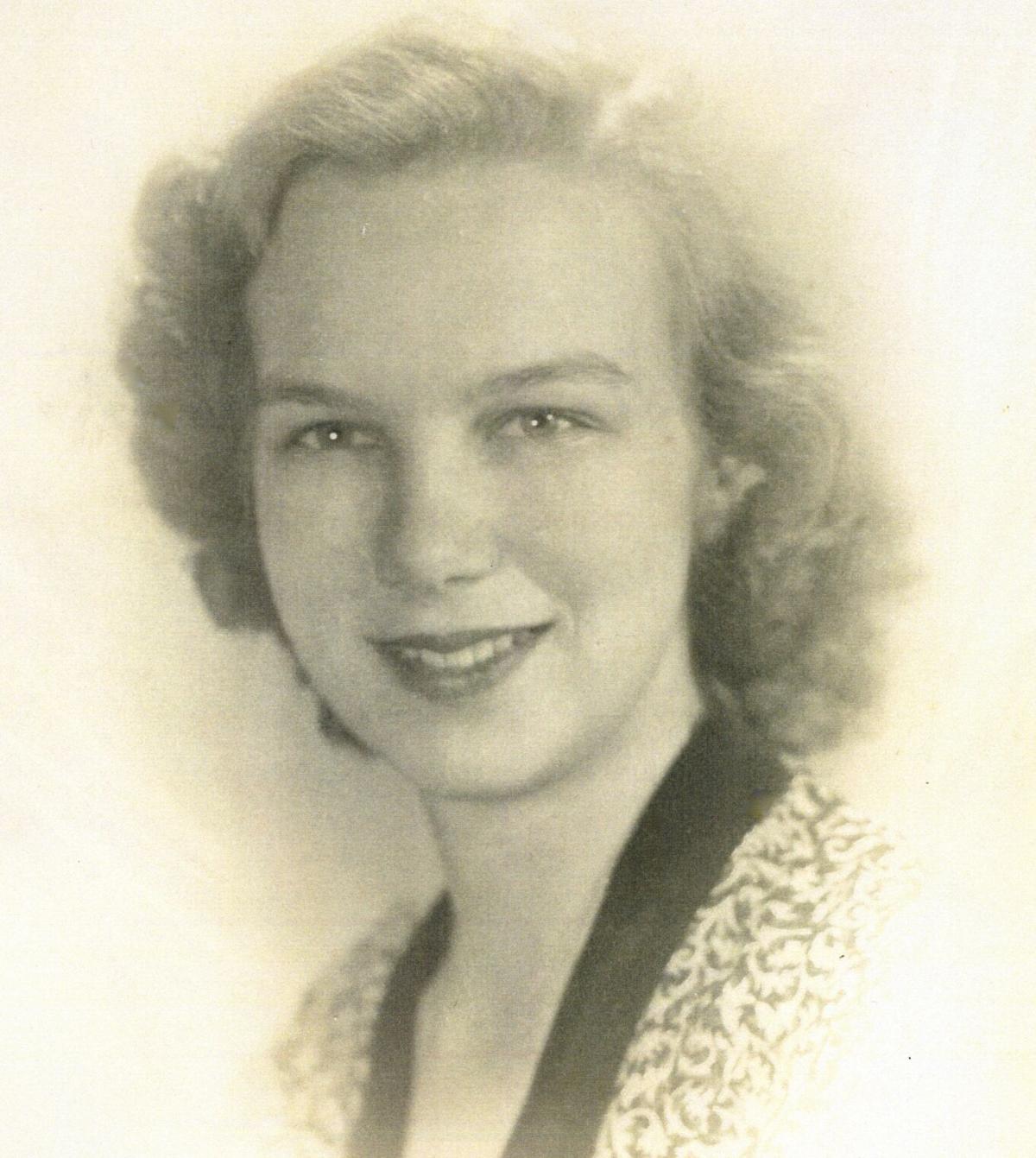 Barbara Hood and her mother

My mother was born in 1922 – two years after women won the right to vote. But she came of age in an era when women’s proper place was still in the home. She and my father both worked during World War II for the Manhattan Project, which built the atomic bomb, but after the war any ambitions she had for herself gave way to my dad’s ambitions, which ultimately brought my family to Alaska in 1965. We drove up the Alcan in a Volkswagen van so he could join the science faculty at the University of Alaska in Fairbanks.

I was ten years old that year, and I looked up to my father. He had a big office on campus, and I was certain he had a very important job. He traveled the world, worked in his office every evening after dinner, and hosted visiting dignitaries at our house. I remember telling myself that I wanted to grow up to be a professor like my dad, because professors were smart and wise and respected. He was the one who mattered most in our household. He was the captain of our ship.

In my memories of my mother during this time, she was a dutiful chauffeur for my sisters and me, driving us to swim team or gymnastics in the dead of winter when the ice fog was thick as soup. Or taking us to Kentucky Fried Chicken down off South Cushman as a treat when my father was out of town. When he was home, she entertained his colleagues frequently, covering the dining table with feasts that my friends and I liked to raid. My mom was intelligent, sensitive, and generous, and I loved her dearly. But she was not the parent I wanted to be like when I grew up.

Even as a kid, the gender hierarchy was obvious to me. My dad charted his own course and called the shots, and my mom catered to whatever goals he set. I knew where I wanted to land in that power structure.

In sixth grade, I ran for student body president at University Park Elementary School, just down the hill from the UAF campus. My opponents were all boys, but with my all-girl campaign staff, I won handily. It was over 50 years ago, but I still remember the satisfaction it gave me, and the conviction it led me to: that I would not let gender be an obstacle in my life.

Naturally, my mother wasn’t sure what to make of a self-assured daughter who wore her confidence so openly. Even then, I remember feeling a tension between us, a distancing that I could never explain. Eventually, as I pursued higher education and a professional career, a well of grievance seemed to pool between us. Too often, we withheld from each other what we both must have wanted most: acceptance, approval, and respect.

Usually our judgment lurked silently, like a mystery we didn’t know how to unravel. But sometimes, when least expected, it made itself plain.

One day when I called home from law school to share good news, there was a pause at the end of the line. “Still eating out of a silver spoon,” Mom said flatly. I took it as her way of reminding me that I enjoyed an unfair privilege, and that the gender that seemed to cost me so little had cost her a great deal.

Another day years later, she offered this out of the blue: “You know, your older sister has a higher IQ than you.” I took it as her way of making a jab at my life’s choice to pursue a legal career while defending my sister’s choice to raise six children.

They were both fleeting comments, but they stayed with me, and fueled a theory I suspected for years: that to my mother, my independence, in and of itself, was a sign of disrespect. I can only assume that mom had her own collection of hurtful comments, uttered by me, and that if she were here right now, she’d remember things differently. But over the years, I came to believe that my life choices must have felt, to my mother, like a form of rebuke.

She spent her 20s and 30s trying desperately to have children, fearful that her years in a uranium lab during the war had damaged her fertility. I spent my 20s and 30s devoted to birth control, firmly determined not to get pregnant. And I never did.

She was a proud hostess and fabulous cook. I lived in a cabin with a hot plate during college, survived law school on take-out burritos, and wisely married a man who does all the cooking. “You’re lucky he cooks,” Mom once confided to me, “even if it’s alwaysthe same thing.”

At my parents’ 50th anniversary celebration, I asked my mother what she most regretted in her life, and she didn’t hesitate: “not getting my education.” She confided the pain of feeling invisible in my father’s world of academe because she never earned a college degree. In the rural farm town where she grew up, young women typically didn’t go to college, and folks would have questioned why she needed one. In contrast, I was encouraged to pursue undergraduate and graduate degrees, and no one challenged my motives or desires.

For many years, mother and I perched on either side of this canyon, without a bridge to cross.

Then my father died.

At the time, I remember the great comfort I felt in knowing I’d been a good daughter to him, that I’d said and done everything I’d needed to say and do. But something in me understood that I did not feel the same way about my mother, and that we had unfinished business. I decided to invite her on a special trip together to celebrate both Mother’s Day and my birthday, which fell in the same week. I was in my 50s and mom was in her 80s and we had never really spent time together with just the two of us. The trip launched an annual tradition that lasted eight years. We chose beautiful places we could drive to from her home, and we pampered ourselves as much as we could. Fine wine. Great dinners. Visits to the spa. We took our last trip just two months before she died.

The long drives during our annual getaways gave us plenty of time to catch up on family history and learn about parts of our lives we hadn’t known before. I had many opportunities to ask my mother flat-out about the tension I had always perceived between us, and to test my theories about what caused it. But as we drove through the green hills, rainforests and desert canyons we explored together, resolving that complicated conflict seemed unlikely and hardly necessary, and I never brought it up. Instead we ate ice cream at funky roadside stands, shopped at open markets, lingered in art galleries, and wandered mysterious trails into the woods. We filled our little battered cooler with wine and appetizers and wheeled it in the back doors of fancy hotels like teenagers sneaking booze.

Each year during our travels, I sensed the tension dissipate a little more. Mom and I needled each other about our old tired differences, but the pounding of ocean surf, lull of peaceful rivers and luxury of unfettered time softened our grudges. Each year we seemed to accept each other a little more for who we were. Each year the roiling culture war over women’s roles and women’s power seemed less and less relevant between us, and I wondered why it ever had been.

One day we were riding along and mother started explaining to me why she hadn’t done something in her life because she was a woman. I don’t remember the details, but it had something to do with my dad, something she couldn’t do because he wouldn’t have approved. Of course, I challenged her and launched into my standard rah-rah speech about standing up for herself and not always deferring to men, and we argued back and forth in our well-worn grooves.

Finally, almost laughing, I asked, “MOM! Don’t you believe that men and women are equal?”

She pulled the car over on the empty road, slammed her hands on the steering wheel, and turned to me.

“Of course I believe we’re equal!” she shouted, wide-eyed and frustrated. “Just not THAT equal!!”

I started to say something when a little voice inside me said, “Stop. Just stop. Why do you keep fighting this battle? Who cares? Your mom lives with the choices she’s made and so do you. Isn’t that what freedom is all about?”

Quietly, mother pulled back onto the road.

Today, as we celebrate the anniversary of women’s suffrage and the amazing gains in women’s rights over the past century, I want to honor women like my mother, who saw doors that had been tightly closed to them fall open for their daughters. They faced the first half of their lives being told what they couldn’t or shouldn’t do as women, and the second half feeling diminished or dismissed because they hadn’t done all the things they’d been told they couldn’t or shouldn’t do. They spent the first half of their lives adapting as best they could to the strict rules placed on women by a male-dominated culture, and the second half seeing those adaptations count for little. And all the while, they watched their modern daughters like me, clueless to what they’d been through, demand equality as our birthright and reach for the stars.

Looking back, I can see now that the monumental transitions of the women’s movement, which have influenced my life enormously and for which I’m deeply grateful, must have been bittersweet for my mother, and forced her to hide mixed feelings in her heart. I can see how hard it must have been to survive such outward change and internal conflict with her unwavering patience and grace. And I can begin to understand that for her to raise a stubborn daughter like me took a level of love and devotion that I never fully appreciated.

Whatever our differences, at the essential times my mother was always there for me, always supporting my dreams.

To do that, she had to be tough. Extra tough.

Note: This story was originally broadcast as part of the Extra Tough: Women of the North radio program, co-sponsored by the Anchorage Museum and Arctic Entries, which aired on KSKA in February and March 2021. The Extra Tough exhibit continues at the museum through September 6, 2021.