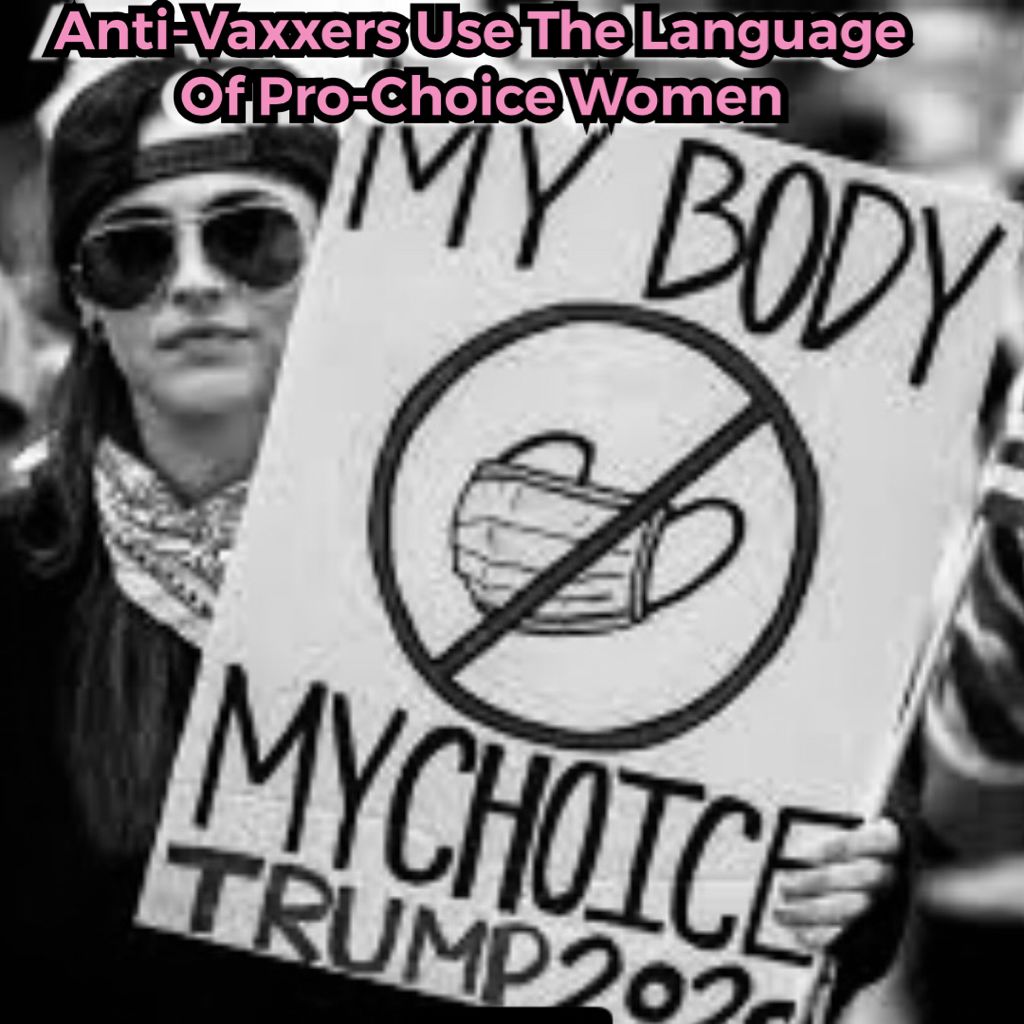 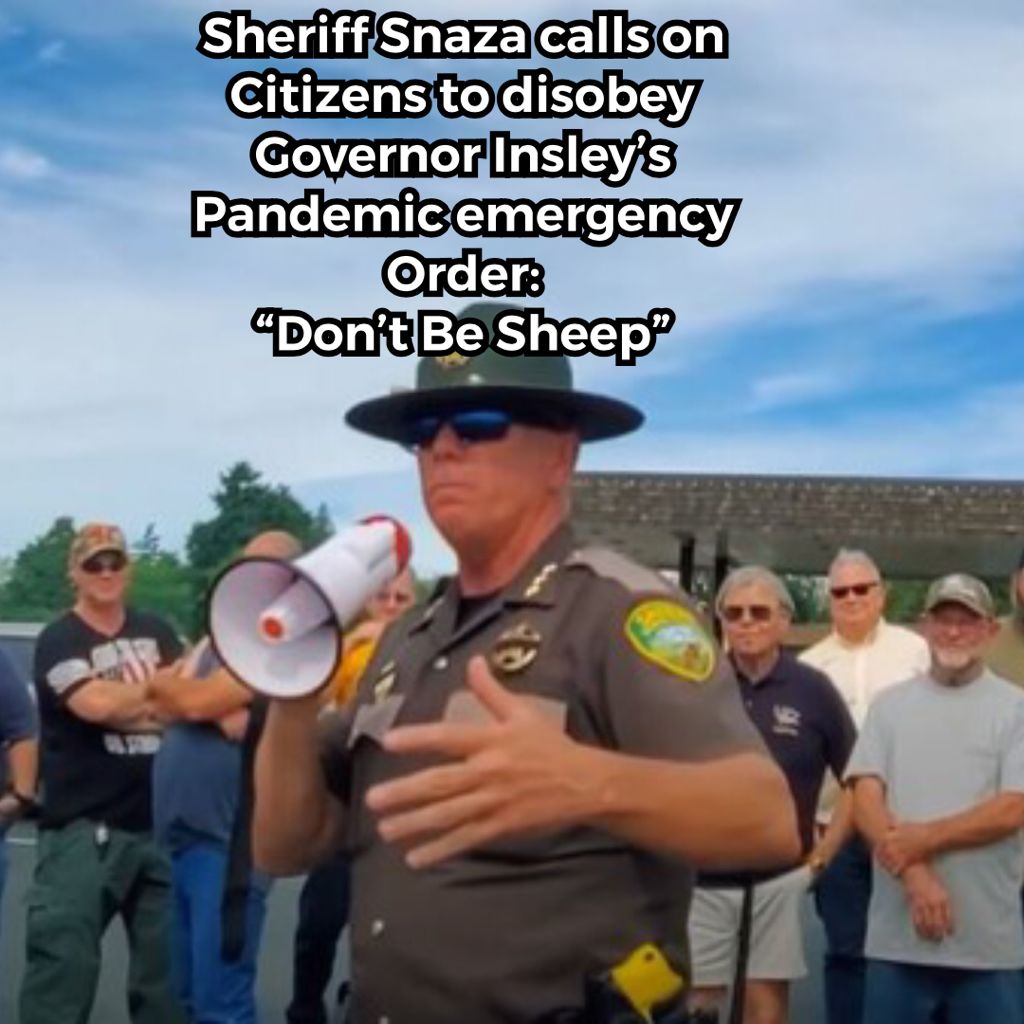 I have spent several days now looking at anti-masking social media posts, reviewing news stories, and reading analyses of the anti-masking phenomenon. I made several attempts to contact some of the most active posters through Facebook Messenger, and managed to have an extended chat exchange with one of them. He sent me a clip that documented President Trump’s Pandemic Advisor, Dr. Anthony Fauci, stating that “mask wearing is unnecessary.”

I checked the Snopes site and they rated the article “outdated” pointing out that Dr Fauci made the statement in March and specifically refuted it in April when he endorsed the WHO, CDC, and Surgeon-General’s health protocols, which include wearing masks. When I posted the Snopes link in our chat thread, he responded by saying “Snopes is disinformation”.

There you have the problem we are all facing with this small, loud, cohort of anti-mask activists; they live in a parallel universe not subject to the laws of science or reason.

Perhaps the most disturbing images confronting us are of law enforcement professionals calling upon their fellow citizens to break the law. This is pure “Invasion of the Body Snatchers”

Sheriff Robert Snaza, a Republican from Lewis Country in the State of Washington, calling on people to break the Coronavirus Safety Executive Order issued by his Governor, Jay Inslee. Creepier, still, is the fact that Sheriff Snaza chose to make his speech in a church parking lot wearing his police uniform which, technically, was also against policy. A clip of the scofflaw Sheriff was circulated widely on social media this past week among Anti-Mask activists. You can watch it here: https://youtu.be/SM8dtQjAvRE

And to round out our trifecta on grouchy Washington State Sheriffs, we can treat ourselves to the snarling of Snohomish County Sheriff, Adam Fourtney, who refused to comply with Governor Inslee’s Stay-at-Home order in April. It is the usual John Wayne You’ll-Have-To-Put-That-Mask-On-My-Cold-Dead-Lips speech that sends a thrill up the Right hind leg. https://youtu.be/0jE_kTiH0OU

Just last week we watched the testimony of citizens screaming at Palm Beach County Commissioners who just passed a mandatory mask order, calling them “the Devil” and accusing them of an “anti-Human” agenda. You can get a taste of the madness in Palm Beach here: https://youtu.be/3zxPx3n3_OA

Dr Sam Fahmy, Chief Medical Officer of Boca Raton Regional Hospital, the area impacted by the mandatory mask order, had THIS to say about the impassioned testimony against the Commissioners’ order: “…we know scientifically that masks are a proven method to prevent the spread of infections and the fact that people are fighting this hard against wearing masks is really…disheartening… It really is unfortunate that there is this much anger against a policy that is just… commonsense”

Here is my own categorization of the most active Coronavirus Resisters, as I call them:

QAnon is a hive-mind of madness. It is clear that there is a direct link between the Q perpetrators and President Trump and/or his White House communication shop. On November 26, 2017 Trump began retweeting QAnon conspiracy theories. QAnon had only emerged less than a month before the Trump Tweet. Around the time of the Trump Tweet, Russia began promoting QAnon as a reliable “intelligence source” through the Russian Government News Channel RT (“Russia Today”). QAnon uses anonymous sites like 8Chan to promulgate its content, which is then amplified through blogs and Rightwing cable news sites, like One America News (OAN). QAnon has seized upon the anti-masking “movement” with disruptive anti-institutional messaging consistent with its Pro-Trump mission.

Most of the anti-mask activists on social networks I reviewed are self-identified activist Christians. Christian political engagement has grown far more diverse than the anti-abortion activism of a generation ago. Ironically, the only “Pro-Life” Evangelical Christian to be propelled into the Presidency was Democrat James Earl Carter. Since the Carter era, however, the Evangelical Christian activists narrowed their political framework to the Republican Party. Today, Donald Trump represents, at least according to Franklin Graham, “The Chosen One” for the Evangelical Activist. In April, at a news conference announcing the CDC Pandemic guidelines, President Trump made clear that he “chose” not to wear a mask. Through subsequent tweets he turned “masking” into an “elitist” cause and the QAnon took it from there. Soon anti-Maskers were showing up at local government meetings accusing advocates of Health Advisors’ “Best Practices” of being in league with the Devil, as we have seen (above).

The anti-vaccination activists were a logical cohort to recruit to the cause of spreading QAnon conspiracy theories regarding the Pandemic, lockdown and masking.

Anti-Vaxxers (as they are called) are no slouches when it comes to passionate disinformation. They self-identify as an anti-establishment force, often at odds with mainstream science and are both resilient and very skillful messengers. The adoption of the pro-choice meme “My Body, My Choice” is brilliant. So arguing against the “commonsense guidance” of wearing a mask, as Dr Fahmy described it (above), is certainly in the wheelhouse for a movement that single-handedly brought polio back to the planet.

While I consider myself a “Leftist Libertarian” who champions cooperatives, unions and ESOPs, I do recognize that there are Rightwing Libertarians out there who are so anti-government that they will support any “movement” that attacks and weakens public institutions. Libertarians are good dialecticians, which is to say, contrarians. Libertarians will cherrypick data to attempt to validate a false generalization that is contrary to an accepted notion. Libertarians fancy themselves as intellectually superior to their opponents, so they eagerly spread pseudo-scientific arguments to support their anti-thesis. An example is a false document attributed to a medical doctor claiming that masking is dangerous due to oxygen depletion. Right-ish Libertarians love pseudo-information that caters to their know-it-all natures. It is a ready market for the Alpha grifter who can sound smart and appeal to their biases. Consequently, anti-mask Libertarians are generally eager transmitter of false and misleading information, such as “Coronavirus can worm through a face mask” (it is transmitted in aerosol droplets which cannot) and “face masks become greasy petri-dishes” unhealthy for the wearer. This latter gem, of course, ignores the associated face mask best practice: change the masks often and cloth masks must be washed daily. But Libertarians seem to love the greasy petri-dish thing.

The final distinctive cohort promoting the “mask-resistance” are Trump’s core. The anti-maskers are co-extensive of the anti-Lockdown pseudo-“movement” from last March and April, funded by the DeVos Family. When it became clear by last March that the COVID-19 lockdown would hurt their President, the wealthy conservative family (heirs of the Amway fortune) financed a “grassroots” movement in Michigan to re-open the economy. There is a direct line between the White House, the Trump Campaign, and the DeVos Family. Once the MAGA Activists were activated in the anti-lockdown protests, they became ready consumers of anti-mask conspiracies and rumors. Here is a good resource article on the link among the DeVos’, the Trump Campaign and the Trump White House. https://www.reuters.com/article/us-health-coronavirus-trump-protests-idUSKCN2233ES

These four distinct groups compose (I estimate) 95% of the anti-masking madness being hurled at our local and state governmental officials, struggling to govern in the midst of a pandemic. These four groups are the “disease matrix” spreading the dangerous, viral misinformation confusing the public.

“Memetics” is a word invented by the biologist Richard Dawkins to describe the mass reproduction of ideas. Mass media (and today, “Social” media) remove the individual reproducer or ‘persuader’ of an idea and replaces it with a “host” who shares an idea embedded in the language and triggers of the cohort. A racist “dog-whistle” is a perfect example of memetics at work.

The “boogaloo” was popularized by R&B Star, James Brown, but has been expropriated by the far Right. National Public Radio (NPR.org/May 31, 2020) notes the following in their Word Watch column entitled “Who Owns ‘Boogaloo”?

“The coronavirus has accelerated extremists’ calls for “boogaloo,” according to the New York Times, and its mandatory lockdowns are used as evidence of an increasingly totalitarian state. An April report from the Tech Transparency Project found that newly created boogaloo groups on social media have capitalized on pandemic-related discontent, drawing tens of thousands of members during quarantine alone.”

With thousands of energized far-Right extremists using the pandemic to recruit and disrupt, the anti-masking debate carries a spice of zealousness that, in my opinion, emboldens the non-extremists who may be principled but non-violent. I believe the dark edges of racism and violence are the real super-power juicing up the otherwise polite and reasonable coronavirus resistance.

The Russian GRU (as well as our own Intelligence Operatives) have spent a generation, both as a Soviet Union and then as a Russian Republic agency, learning to use memetics as a means to destabilize enemies and support friends. A report by the Rand Corporation tells us that “…Russia is engaged in an active, worldwide propaganda campaign. Russia disseminates propaganda to Russian speakers in the Baltics, Ukraine, and other nearby states through a variety of means, including traditional and social media. In some cases, it has used this outreach to sow dissent against host and neighboring governments as well as the North Atlantic Treaty Organization and the European Union” Russian Social Media Influence (ISBN: 978-0-8330-9957-0) P. 3 (2018) The Mueller Report documents the extension of that reach into the United States during the 2016 election. And just this past February, the U.S. House Intelligence Committee reviewed and published reports of continued Russian involvement in the 2020 election. Foreign Policy Magazine published an article on the Russian propaganda apparatus’ involvement in Coronavirus disinformation on April 30, 2020.

“We know that Russia was already attempting to influence the 2020 election prior to the coronavirus pandemic…Its techniques include hacking political targets to steal sensitive information, selectively releasing that information to the public…and propping up destabilizing or extremist political movements. And of course, it has spread disinformation through a combination of state-run propaganda outlets and fake personas on social media…”

Here We Go Again: Russia Gears Up to Interfere in 2020 Election With Coronavirus Disinformation https://foreignpolicy.com/2020/04/302020-election-interference-russian-coronavirus-disinformation/

So now I am less worried about the biological pandemic than I am about the one carrying the mind-viruses I have described. The biological plague is understandable and there are prescriptive actions that we can take to survive it.

But what about the mind virus? How do we fix that? What prescriptive action can we offer to prevent the spread of the dark and twisted memetics? How do we inoculate victims who love their disease?

In a year most of us may finally return to a new version “normal”, but I worry that there will be a segment of our population who may never return to us.

Mark Grober contributed to this story