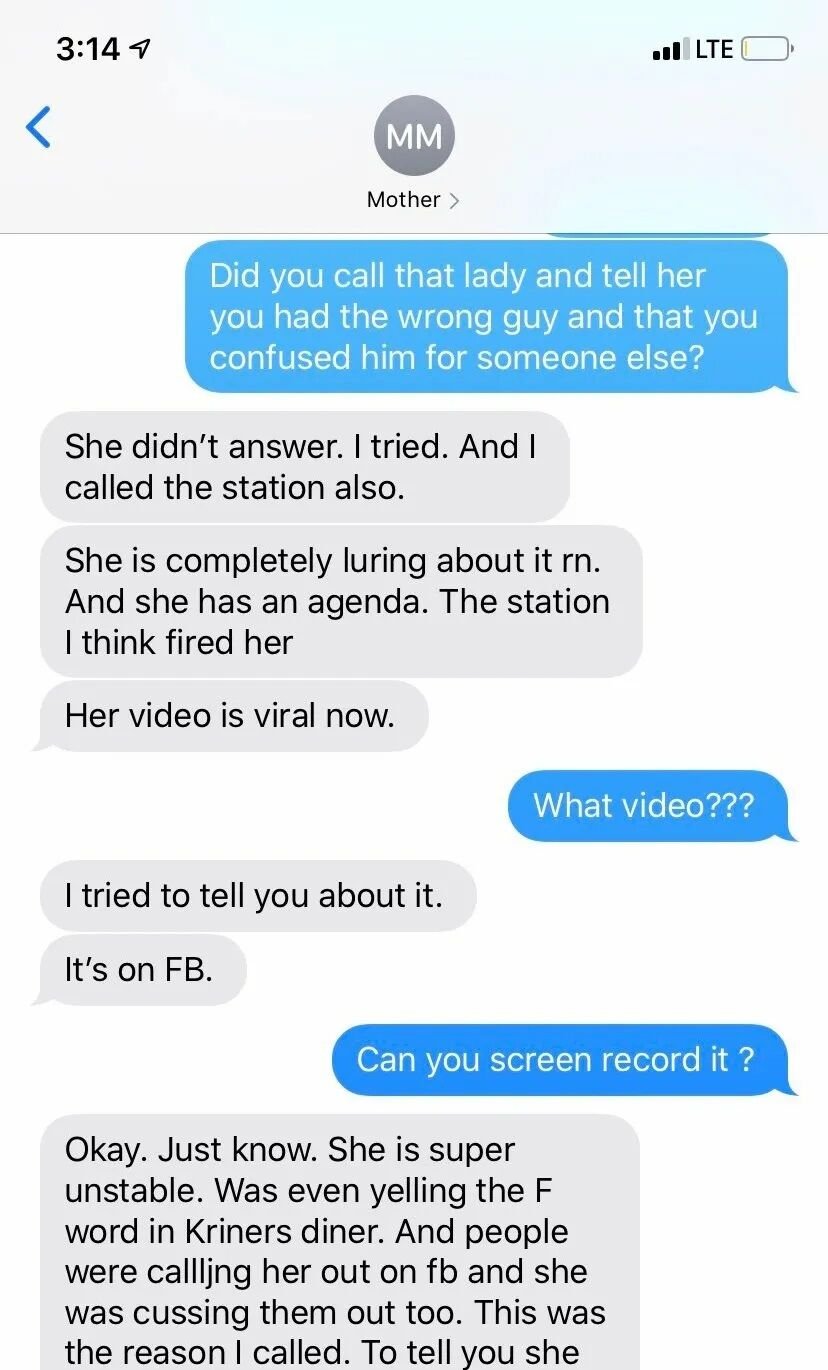 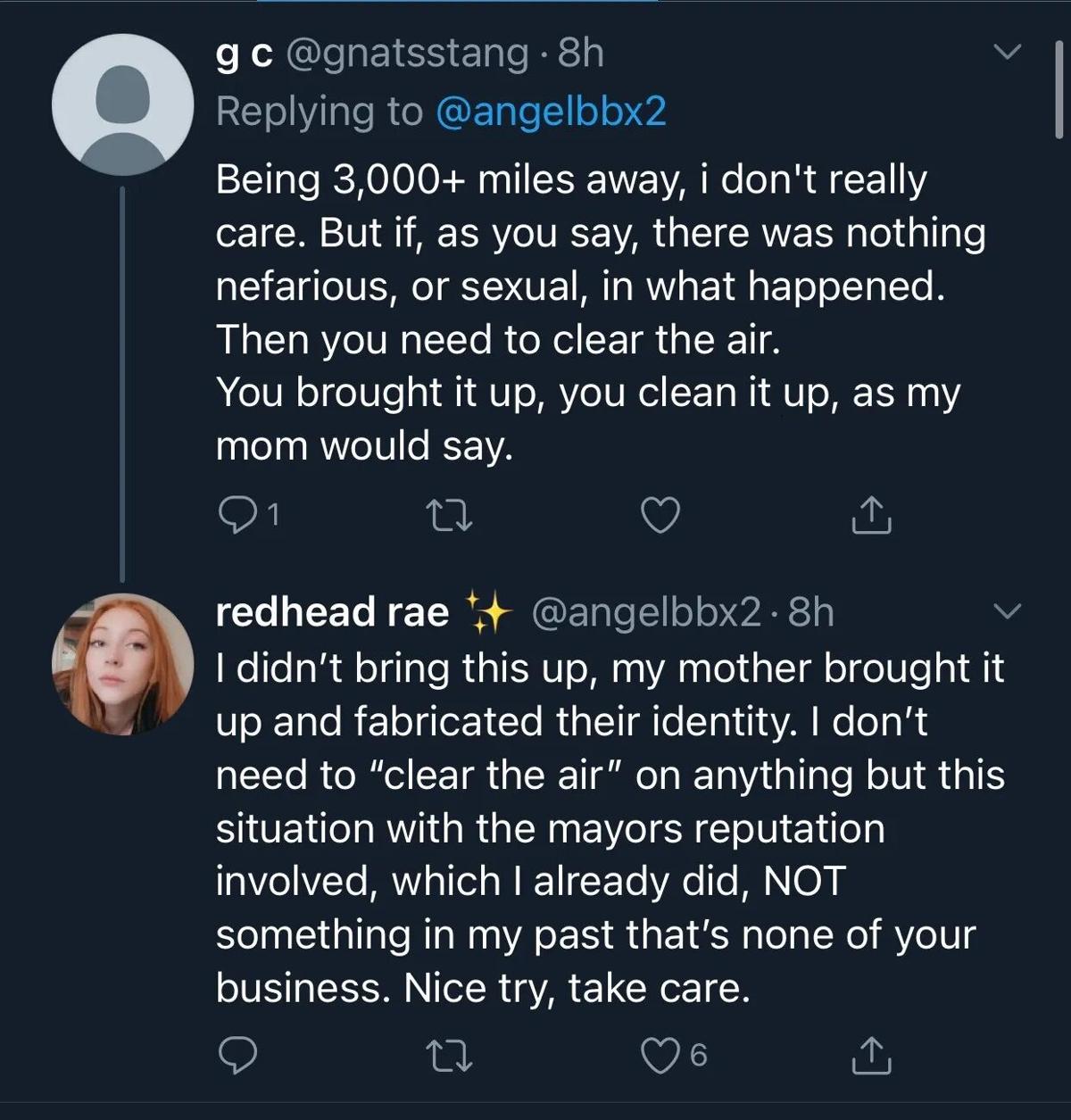 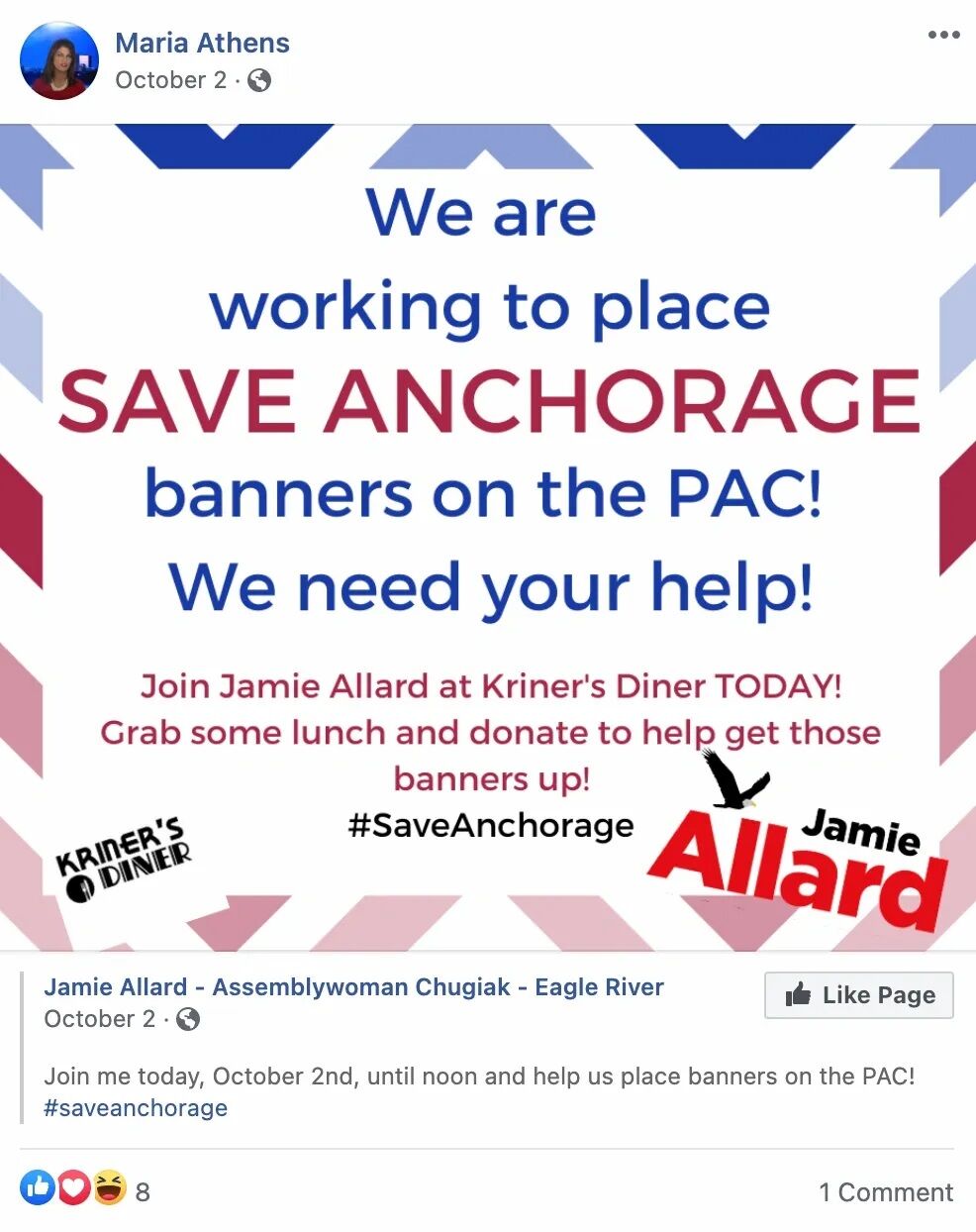 This timeline is based on public comments, public posts, and reporting from a wide spectrum of Alaskan sources as they unfolded. I have not corrected spelling or grammar and have instead opted to leave quotes in tact as they were presented online.

"The slanderous allegations from your Alaska link reporter Maria Athens are categorically false and appear to be the product of someone who is hostile and unwell. We spoke with Ms. Athens' employer, general manager Scott Centers, who emphatically disavowed his employees comments."

"Did you call that lady and tell her you had the wrong guy and that you confused him with someone else?

"She didn't answer. I tried. And I called the station also. She is completely luring about it rn. And she has an agenda. The station I think fired her. Her video is viral now."

"Okay. Just Know. She is super unstable. Was even yelling the F word in Kriners diner. And people were calling her out on fb and she was cussing them out too."

"A spokesperson from the Anchorage Police Department said Saturday that they were aware of the allegations against the mayor and a joint investigation with the FBI revealed no evidence of criminal conduct."

"She went off on a whole story about how I was an escort for Mr. Berkowitz, that he hired me for sexual favors, sent me pictures, etc. because she was receiving attention for what she was saying, and she wanted her five seconds of fame. I was NOT and escort for Ethan Berkowitz, I don’t know that man and I have NEVER met him. He has never sent me naked pictures or posted any on any of my websites, I have no idea who that man is. Maria Athens is running a fake story in attempts to ruin this mans life."

The daughter's story of the events is printed in Anchorage Press.

"I know the mother in these texts personally. She is mentally ill. She is also a firm believer of Qanon and in this strange charismatic version of Evangelical Christianity. Almost schizophrenic in the way she claims to have visions from Jesus and such. But here’s the big thing: She has major connections to Kriners Diner. It could have been a revenge thing. This lady really needs help. I have a lot of empathy for her because I know she is unwell, but I’ve never been this mad in a long time. How can someone just make baseless accusations like this? Even for her it’s far. Makes me sick."

"So in a wild twist to the crazy Maria Athens story, the brother of the cookie store owner who seemed to have started a lot of this is none other than Andy Kriner. The owner of Kriner’s Diner. It doesn’t get more loose than that."

Maria Athens scandal gets even stranger, Andy Kriner now part of the story.

"I didn't bring this up, my mother brought it up and fabricated their identity. I don't need to "clear the air" on anything but this situation with the mayors reputation involved, which I already did, NOT something in my past that's none of your business. Nice try, take care." 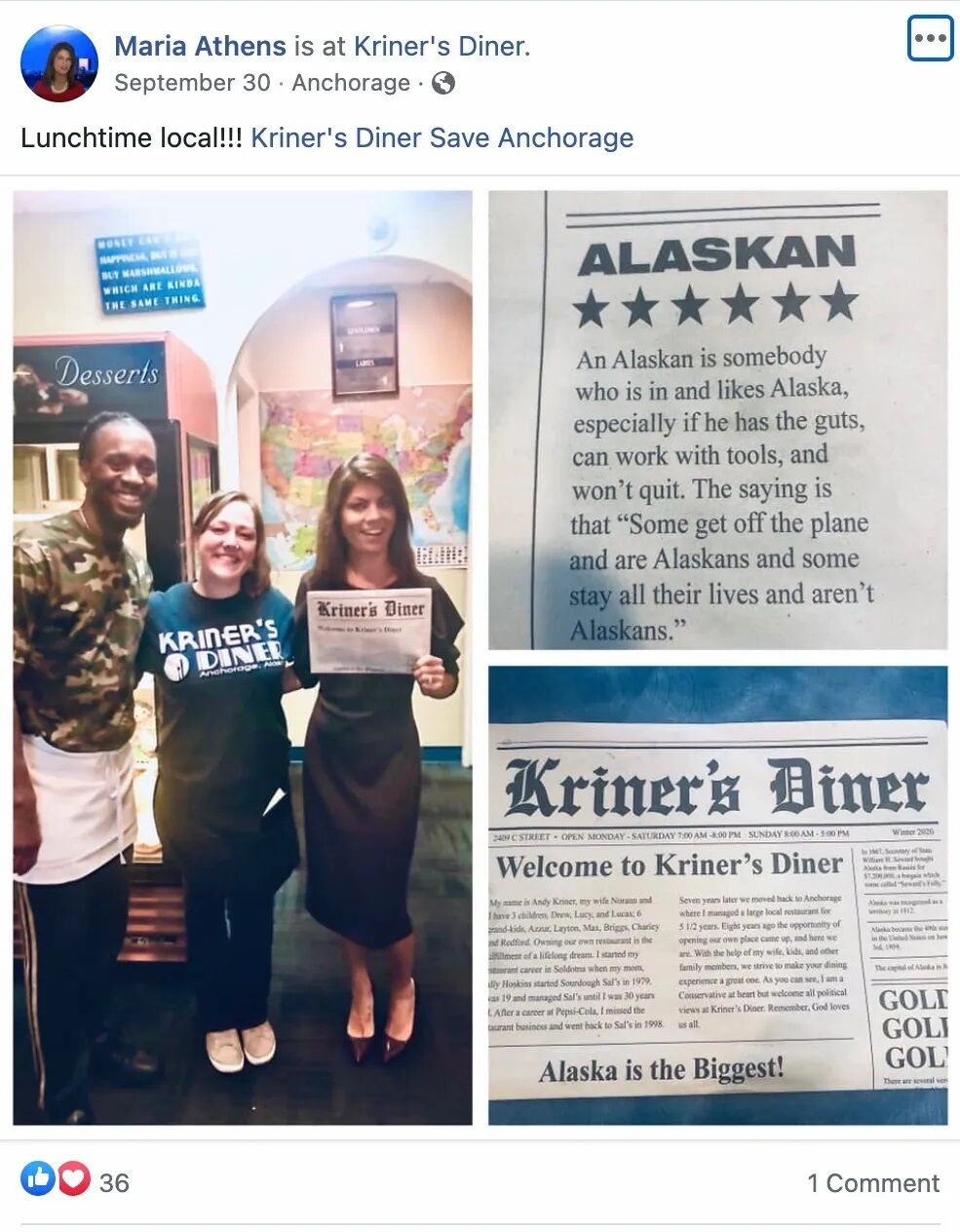 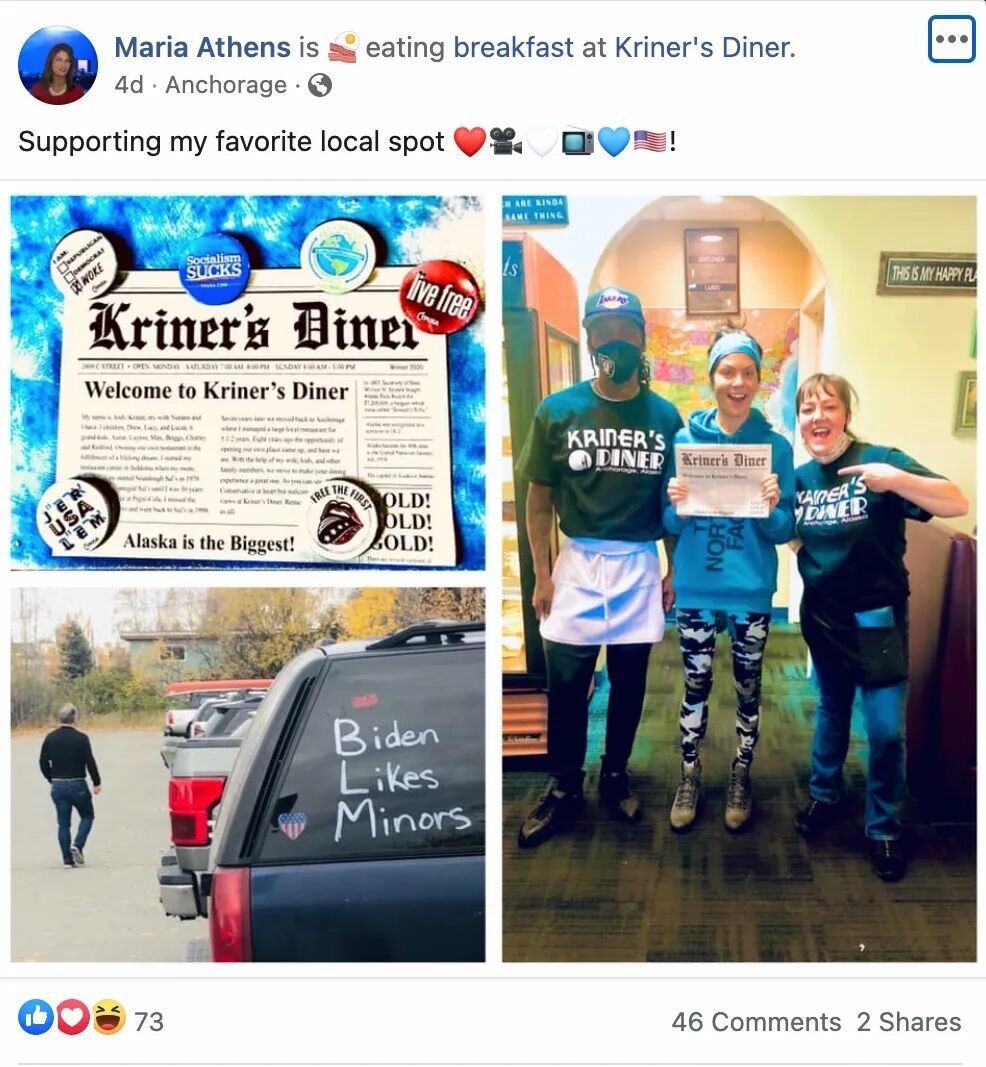 Athens In Save Anchorage

On October 2, 2020 Maria Athens posted a picture of a fundraiser flyer with Jamie Allard. The Hashtag on the flyer is #SaveAnchorage.

On October 7, 2020 Maria Athens posted a photograph that included a car window that said, "Biden Likes Minors." (That's BLM for those of you not paying attention).