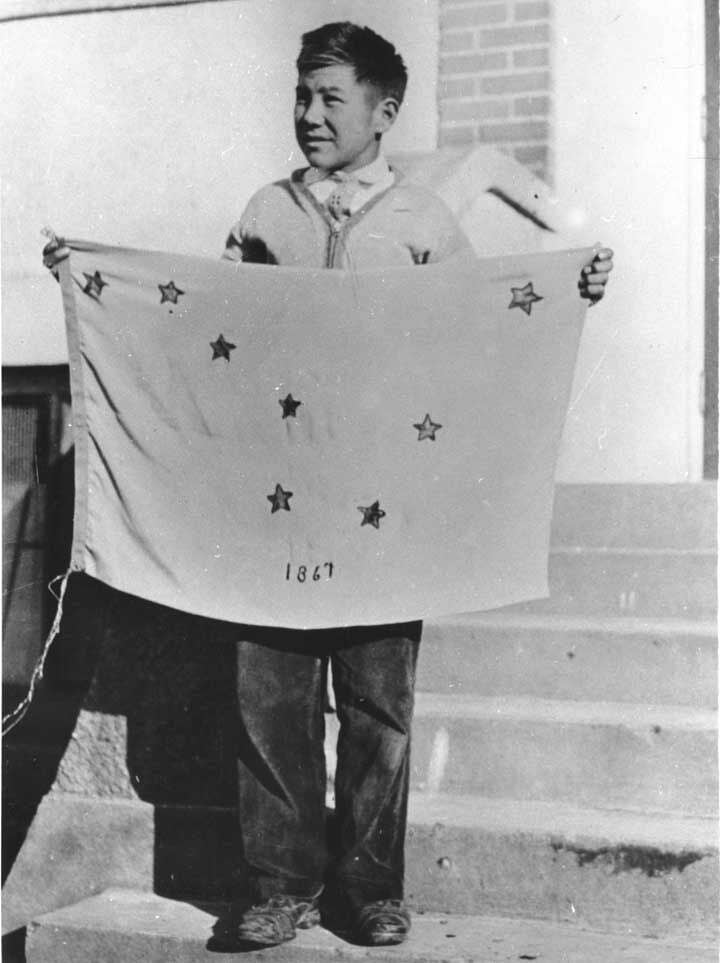 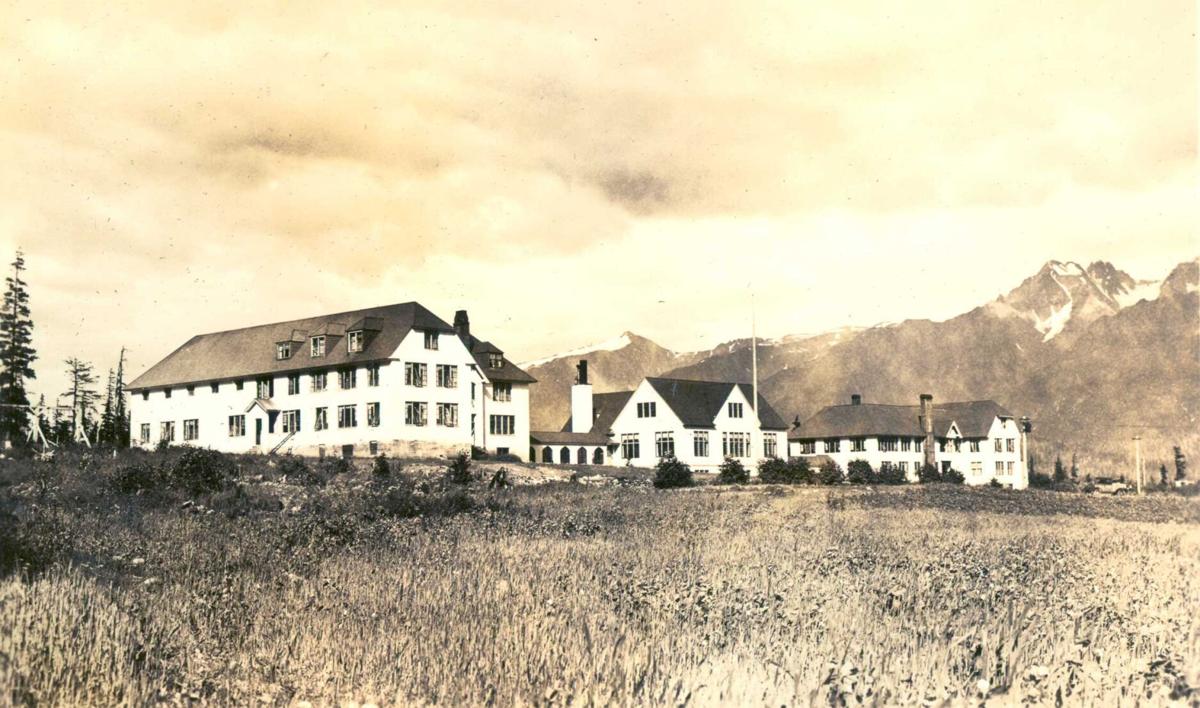 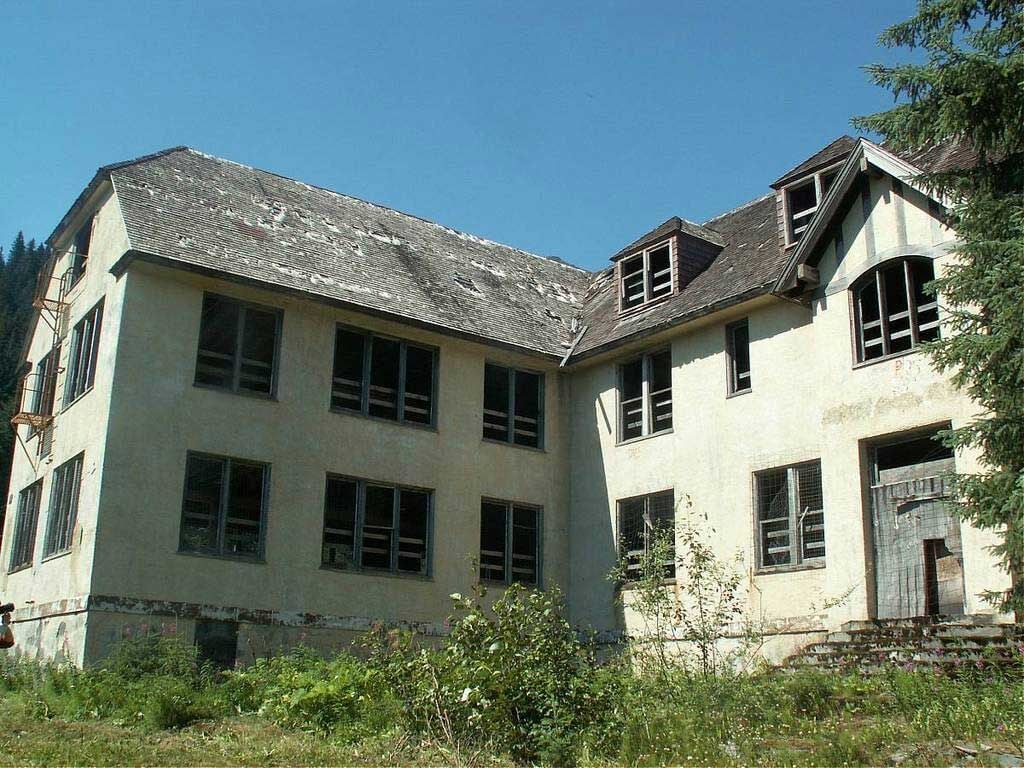 Most every year July 9th is a cause for celebration in Anchorage. Large crowds gather at Alaska Family & Child, the oldest non-profit in the state, which started as the Jesse Lee Home for Children. The governor usually speaks about a 13-year-old boy named Benny Benson designing Alaska’s state flag. Families enjoy bar-be-que dinner, lawn games, live music, and celebrate the simple flag of the last frontier - the only state flag in America designed by a child, and the only one designed by a Native American.

In Seward, the flagpole in front of the historic Jesse Lee Home is always shockingly bare, the bronze memorial plaque commemorating the place our proud Alaska state flag was designed, sewn, and first flown is so neglected and forgotten by the City of Seward that the Seward City Council is considering a resolution next week to create a memorial with a commemorating bronze plaque and flagpole at the exact same site.

Listed on the National Register of Historic Places, the Jesse Lee Home holds a proud and important history, for Benny Benson was Alaska Native, and the award of his design as the official flag of what was then the territory of Alaska lite a spark in the Alaska Native Rights movement that created a non-violent tsunami of change that ended in the securing of civil rights and a settlement act from Congress for the lands taken from them.

A letter from the Alaska Native Brotherhood Grand President told Benson, “We want you to know that by winning the contest for the best design for a flag of Alaska in open competition with all the public schools of Alaska and from the best minds amongst our more favored race, the white race, you have greatly encouraged the Natives of Southeast Alaska.”

The first Alaska Native to serve in the legislature, Representative William L. Paul wrote Benson to congratulate him, and give great credit to the Jesse Lee Home for giving Alaska Native kids a chance. “Altogether, this should encourage the native races in Alaska to enter competition with others,” Paul said, “to do so without fear, and to stick to it until we win something. Native Alaskans won the first, second, and third prizes, and a native wrote the law which adopted the flag.”

Most children came from the Aleutian Islands or the Seward Peninsula but children from all races and regions were represented. Unlike BIA Native Schools, the Jesse Lee Home was opened with a mandate that was considered shocking in a day when storefront windows bore signs stating “No Natives, No Dogs” and Alaska Natives just received United States citizenship and the right to vote. Within the strong walls of the Jesse Lee Home all would be treated equal regardless of race, and it would be run as a home with as little institutionalization as possible. .Jesse Lee Home residents were encouraged to go to college, get vocational training, and become leaders in their communities.

It’s sad and ironic that at a time when the nation is reviewing its cultural values and its relationship to history, demolishing the Jesse Lee Home on an expedited schedule this summer is a resolution on the Seward City Council agenda this Monday.

The State of Alaska spent just over $2M stabilizing the nearly 100-year-old timber-frame and stucco building. The architectural and engineering plans for renovation are 80% completed, and an appropriate sustainable purpose - a new statewide one-semester leadership charter school that would introduce high school juniors to the nationally recognized vocational education opportunities at the Alaska Vocational and Technolgy Center (AVTEC) was also put on the shelf 80% completed. The Legislature has twice passed bills authorizing State of Alaska to acquire, develop, and manage the Jesse Lee Home property.

The vision of the Parnell Administration was not received well by the Walker Administration. Funding for the Jesse Lee Home that had been set aside in the State coffers to match federal grants was reallocated to the Department of Transportation. The legislature set some funds aside to maintain the stabilization of the building, and the City of Seward is intending on using that $1.25M to demolish the buildings under the pretense that the most efficient way to remove asbestos dust from the crawlspace under the building is not to seal it in concrete, as previously planned, but to knock the buildings down so it is easier to gain access to the basement.

Like most children who were at the Jesse Lee Home, Benny Benson was not an orphan. When he was three pandemic Spanish influenza swept through Chignik, and his mother died from pneumonia. The family home burned down shortly after, and Benson’s father had to make the difficult choice to place Benny and his brother at the Jesse Lee Home until he could get back on his feet. Ada Blackjack Johnson, the first heroine of Arctic Exploration, placed her two boys there as well under similar hardship.

As the Seward Sanitarium filled with tuberculous patients, their children filled the Jesse Lee. The top floor of the ocean-facing wing of the Jewel Guard Hall, the space with the best view, was set aside for children stricken with tuberculosis. The Jesse Lee Home was used as an example of how Alaska could take care of social needs when the territory was applying for statehood.

The Home’s values of self-sufficiency, innovation, work ethic, and independence were key to the success of its residents who went on to found what is now known as Alaska Pacific University, and hold records from being the first Alaska Native to receive a doctorate to the youngest, fastest and only three-time consecutive Mount Marathon race winner, and, of course, design the flag that is so dear to Alaskans that Marie Drake wrote a song about it.

Drake, a secretary in the Territorial Department of Education, was present at 4:00 pm on July 9, 1927, and watched as Benny Benson attached the silk flag handsewn by Jesse Lee Home seamstress Fannie “Pineapple” Keans to the halyards. Eight gold stars were hoisted for the first time into the blue skies above the Jesse Lee Home, saluted by the Home’s boy scout troop.

In 1997, the Alaska Legislature passed Senator Arliss Sturgulewski declaring July 9th to be Alaska Flag Day. At the opening of the Alaska State Museum exhibit commemorating the 75th anniversary of the flag’s adoption, Alaska Lieutenant Governor Fran Ulmer said, “Benny Benson made a tremendous impact on Alaska history when he submitted his entry that featured the Big Dipper and the North Star. His story is a wonderful example of how one young person can really make a difference. The flag story continues to remind us of the importance of listening to the ideas and opinions of young people.”

Jesse Lee Home is listed on the Alaska Association for Historic Preservations’ Ten Most Endangered Properties list, and the organization has expressed interest in taking on the project. President Trish Neal reached out to the Seward Administration and Mayor, but was not granted an audience with the Seward City Council to make a presentation on the project.

The Seward Historic Preservation Committee passed a resolution in support of renovating the structures, but they were not granted a work session to put their ideas forward to the Seward City Council. Instead, at the recommendation of the City Manager who expressed a need to get the buildings demolished as quickly as possible, Seward Mayor Christy Terry asked the City Manager to draw up a resolution to tear down the buildings for the city council’s consideration at the next meeting, July 13th at 7:00 pm.

The City of Seward has ended up in an adversarial relationship with every entity, public and private, that has tried to develop the property since it was deeded to the City from the Methodist Church after the 1965 earthquake, its mission relocated to Anchorage with Alaska Family & Child. The life-sized evergreens that were painted to camouflage the buildings still whisper through the paint. During World War 2, hundreds of soldiers camped at Fort Raymond Army base with the Jesse Lee Home serving as the Command Center. Seward was the endpoint to Alaska’s supply chain. Just as the memory of Fort Raymond has all but disappeared from the public’s memory, so to shall the lessons championed of the Jesse Lee Home be forgotten as Alaskans turn their back on their heritage.