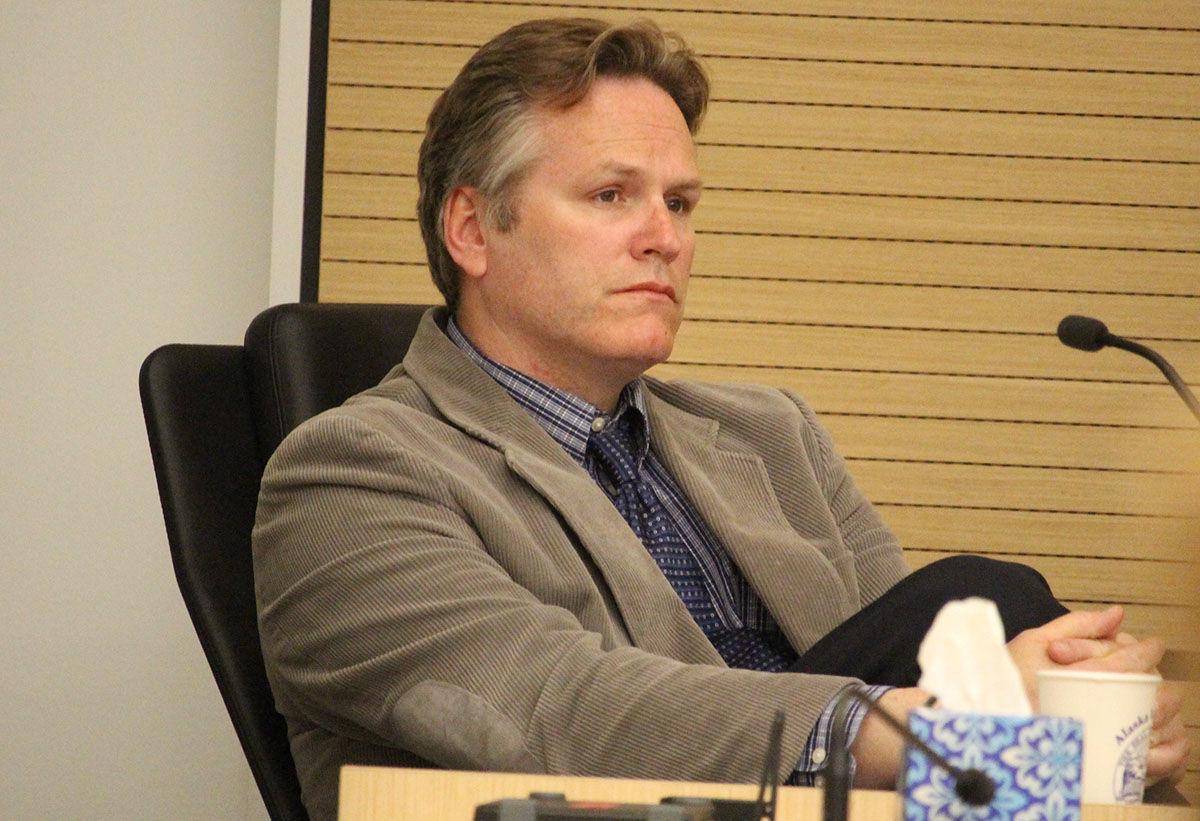 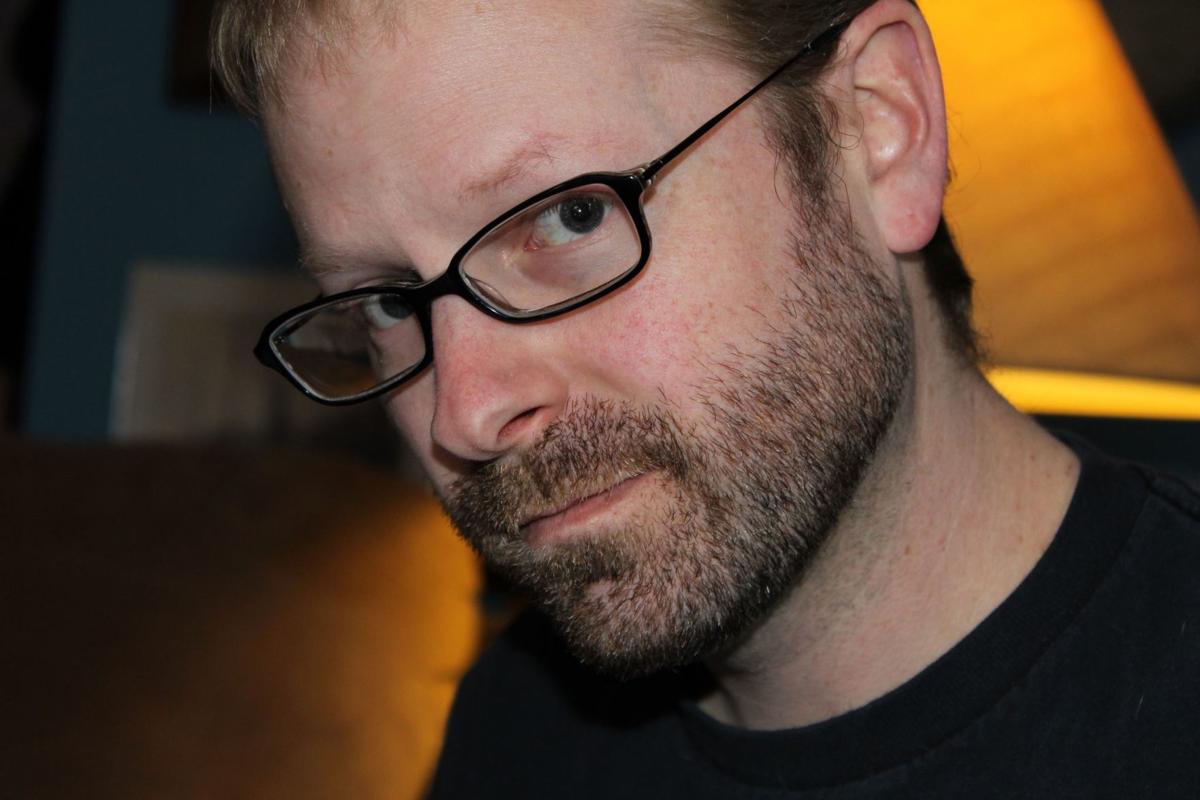 No one was thrilled when Alaska’s 31st Legislature passed a slimmed down operating budget last month, but it felt as though complete disaster had been avoided. State spending was reduced to a 15-year low and there was $600 million on the table for Permanent Fund dividends to be determined during special session.

In the span of a brief press conference, a manageable budget deficit became an opportunity for bloodletting. Mouhcine Guettabi, assistant professor of economics at the University of Alaska Anchorage’s Institute of Social and Economic Research, projects that the eight steady months of job growth that have taken root since October 2018 will be replaced with “at least 4,500 jobs lost in the short run” and “a very strong likelihood that the economy will dip back into a recession.”

The cuts to education, health and social services, public safety, and the displacement of financial burden from the State to localities have been written about extensively as time winds down for legislators to intervene. Rather than expound on those items, I’d rather note another aspect of the draconian shock doctrine that should deliver shivers down the spine.

Buried in the massive cuts is a small one that is next-level destructive to the American political tradition; to checks and balances, which Dunleavy appears to be blind to unless they culminate in an electorally-helpful dividend: the court system. That co-equal branch that, like the Scooby gang, always seems to yank the mask off insane policies in the nick of time.

Deep in the cornucopia of bad ideas that are Dunleavy’s line-item vetoes is a cut of $334,700 to the Alaska Supreme Court’s budget. Pennies in the swampland pond, but significant for their tear in the fabric of (small “d”) democratic norms.

“The Alaska Supreme Court has a long history of extremist rulings on abortion,” the ultra-conservative Alaska Family Council’s president, Jim Minnery, gloated in an email to supporters. “But until today, they have never suffered any real consequence for it. Now they will start feeling the pain of their own arrogance.”

Alaska’s Supreme Court was designed to serve as a strong check to legislative and executive powers. The framers drew on progressive reforms instituted during the early twentieth century, pulling from the 1947 New Jersey State Constitution, the U.S. Supreme Court, and the Missouri Plan. Fundamental in its formation was a focus on civil rights that were, suffice to say, found lacking in earlier state constitutions.

The Judiciary – the first item considered at the constitutional convention and proscribed in Article IV of the Alaska Constitution – created a judicial council; an independent citizens’ commission comprising seven members: three attorney-members appointed by the Alaska Bar Association, three non-attorneys appointed by the governor and confirmed by the legislature, and the chief justice of the Supreme Court. Members serve staggered six-year terms and come from various parts of the state. The council screens applicants for judicial vacancies and sends nominees for the governor to choose from. Diverting from the Missouri Plan, judges face a public retention vote after three years on the bench and again thereafter (every ten years for Supreme Court justices and six for superior court judges).

“The effect of the plan is to remove the selection of judges from overt partisan influences and give the judiciary some independence from politics,” Gerald A. McBeath opined in The Oxford Commentaries on the State Constitutions of the United States (2011).

“The main features of the proposed system were unity, simplicity, efficiency, accessibility, independence from the executive and legislative branches, and accountability to the people,” convention delegate, territorial legislator, and former State Sen. Vic Fischer described in Alaska’s Constitutional Convention (1975). Article IV was adopted by a 47-6 vote and it was meant, in no uncertain terms, to create a strong, independent Court.

That judicial strength was made clear in Valley Hospital Association v. Mat-Su Coalition (1997), a case centered around abortion rights. Valley Hospital Association (VHA) was a nonprofit, membership-based organization, licensed by the State, that owned and operated a 36-bed hospital in Palmer. That hospital permitted abortions from 1970 (when Alaska passed a law legalizing abortion) until 1992, when anti-abortion activists stacked the VHA operating board and reversed policy to stipulate that, in order for an abortion to take place, physicians had to determine there was a non-viable fetus, the pregnancy threatened the life of the mother, or it was the result of rape or incest.

Opponents of the new policy filed suit and succeeded in attaining preliminary injunction from the superior court. The Supreme Court agreed. Chief Justice Allen T. Compton cited both the state law and the Alaska Constitution’s Privacy Clause (Article I, Section 22), which the Court held “encompasses reproductive rights, including abortion” and “provides more protection of individual privacy rights than the United States Constitution.”

“A woman’s control of her body, and the choice whether or when to bear children, involves the kind of decision-making that is ‘necessary for... civilized life and ordered liberty,’” the ruling explained. “Our prior decisions support the further conclusion that the right to an abortion is the kind of fundamental right and privilege encompassed within the intention and spirit of Alaska’s constitutional language.”

Abortion rights were challenged again in State of Alaska Department of Health and Social Services v Planned Parenthood of Alaska, Inc. (2001), when the State sought to restrict Medicaid reimbursements only for abortions involving pregnant women at risk of death or in cases of rape and incest. Again, they were successful in both the superior and supreme courts, with the latter finding that the regulation’s selective denial of funding was “a departure from ‘the Medicaid program’s purpose of granting uniform and high quality medical care to all needy persons of this state.’”

“The State, having undertaken to provide health care for poor Alaskans, must adhere to neutral criteria in distributing that care,” Chief Justice Dana Fabe wrote in the 2001 Court ruling. “It may not deny medically necessary services to eligible individuals based on criteria unrelated to the purposes of the public health care program. Moreover, the DHSS regulation in this case discriminatorily burdens the exercise of a constitutional right.”

Senator John Coghill (R-North Pole) would challenge this once more in 2013 with Senate Bill 49, which amended state statute to list 22 specific life-endangering conditions that would qualify as a precondition for Medicaid funding in cases of abortion, and omitting the widely excepted standard of including psychiatric conditions. The legislation passed the next year (with Dunleavy’s vote) and landed back in court. In February of this year, the Supreme Court shot the measure down. For the exact same reasons.

Despite changing justices, and spanning over two decades of case law, the Court has been consistent where the executive and the legislature has not. The executive and the legislature are inconsistent because each is dynamic and operates by the whims of partisan politics and shifting ideologies, whereas the Court is glacial and does not. It is bound by the law and the Alaska and Federal constitutions. That’s the whole point.

Dunleavy – or anyone who has braved the wilds of a Constitutional Law 101 class or spent five minutes on Wikipedia – knows this. If he wishes to change the way the State operates concerning abortion, the constitution accords him the appropriate and lawful avenue: amendment.

Even Minnery concedes the point, though he seems to feel no conflict in circumventing constitutional law for political expediency in the meantime.

“Ultimately, our goal must be to ensure that no agency of state government is paying even one cent to destroy life,” The Alaska Family Council president wrote. “The best way to accomplish this permanently is to amend our constitution to make it abundantly clear there is no right in the state constitution for abortion, or abortion funding.”

Dunleavy certainly understands this: he’s proposed multiple constitutional amendments this year alone. Two thirds of the legislature has to sign off, followed by a simple majority of the public (something he’s failed to accomplish with any of his proposals thus far).

It might be an uphill climb; the most recent polling on the matter was done in 2014, by the Pew Research Center, and 63 percent of Alaskans supported legal abortion “in all/most cases.” But that’s how you do it in Alaska; that’s how you do it in America. There’s existing protocol here, governor. Punitive half-measures are grossly disrespectful and an affront to constitutional republicanism, and that should concern the hell out of all of us.

Punishing the Court for following well-established precedent (which is what the court was instituted to do), solely because you happen to disagree with what the constitution says, is degrading to democracy. You took an oath, sir. Honor it.