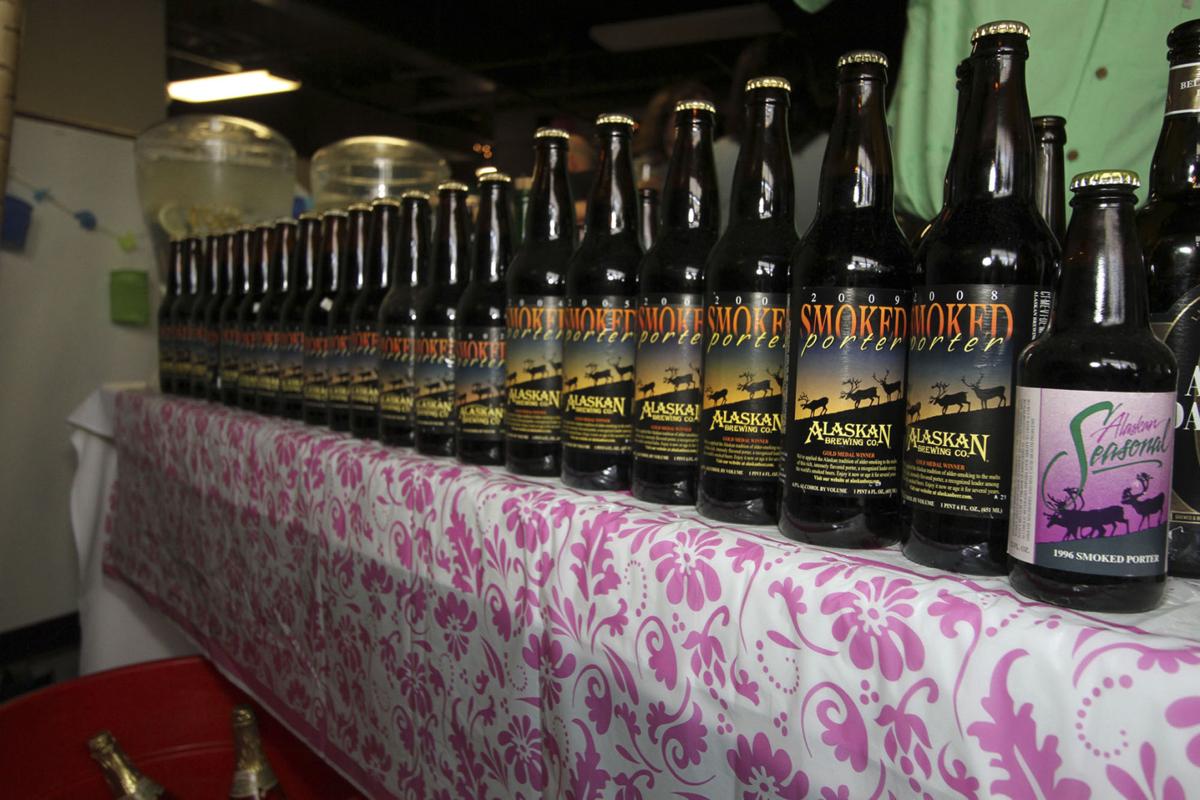 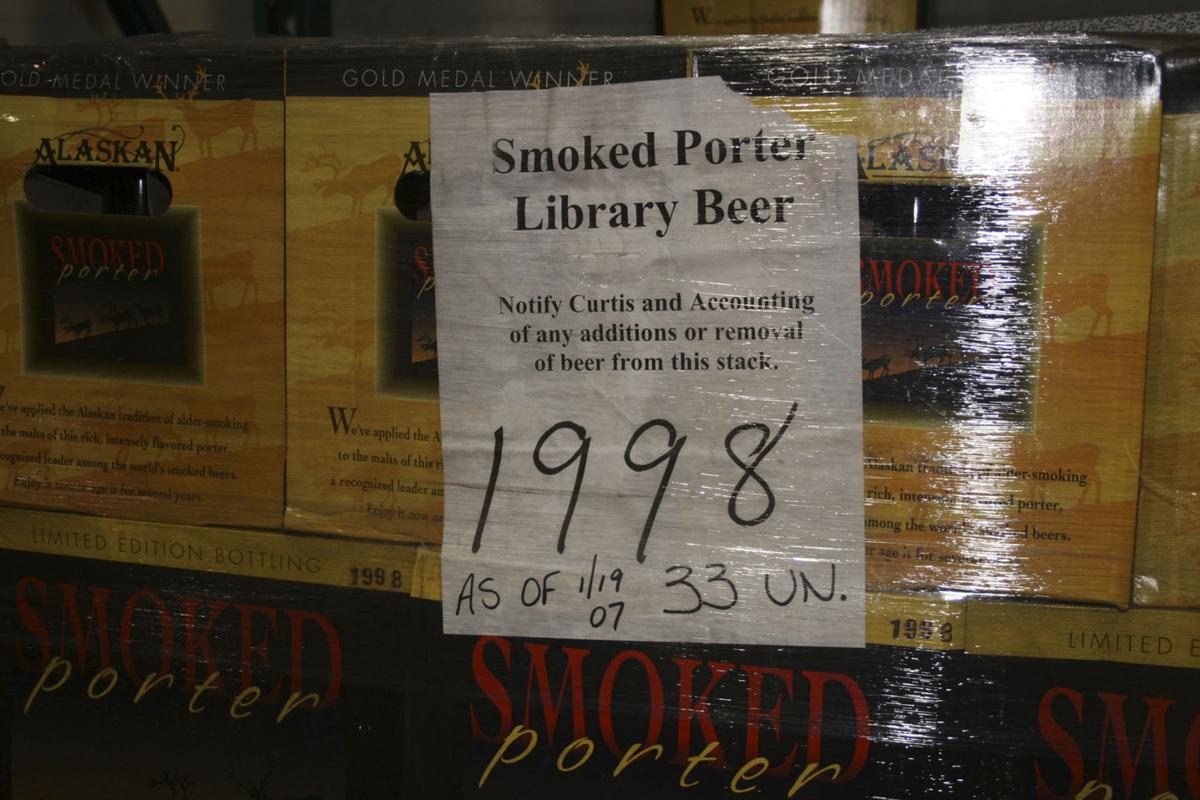 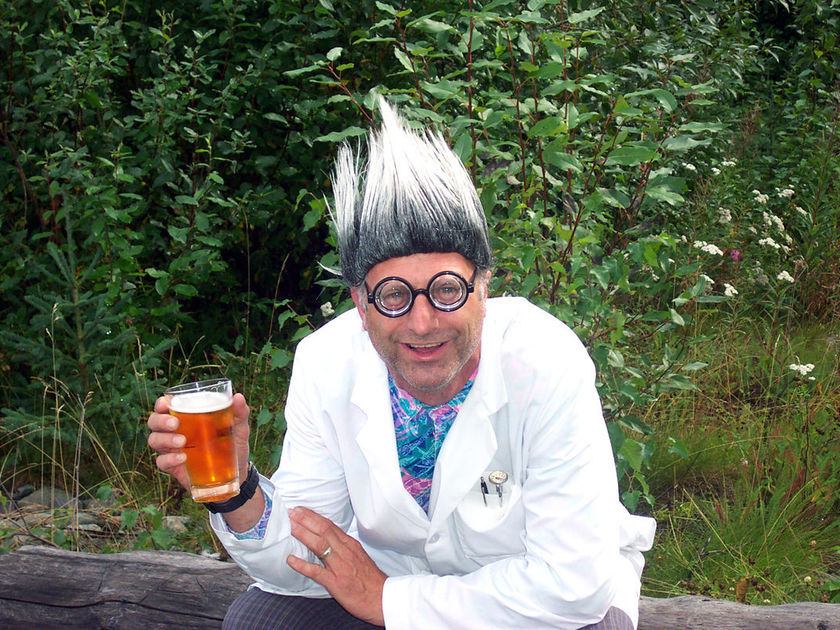 Two weeks ago at my remote mining camp in Hope, I woke up to 30 degrees and frost on my windshield. The raspberry bushes in my back yard at home have turned from lush, full plants dripping with late summer berries to empty dry canes rasping in the wind. The leaves have transitioned from an explosion of red and orange into wet, rotting masses on my lawn with that tattletale smell.

Alaskan Smoked Porter is one of our Alaska brewery's interpretations of the classic rauchbier style in Germany. Although popular across Europe through the ages, smoke beer didn't gain traction in the United States until the late 1980's during the explosive rise of the craft beer movement here and renaissance beers gaining popularity as brewers experimented with resurrecting little known styles. Credit Alaskan Brewing Company with pioneering the style in America.

Since then, Alaskan's Smoked Porter has become the most award-winning beer in the long history of the Great American Beer Festival. Last year's version of the intense brew just took gold at the prestigious European Beer Star Awards, attesting to the beer's reputation not only here, but across the globe.

The first time I experienced the beer, I was taken aback. If you haven't had it, you might be, too. It's not the familiar porter quality that might strike you; it's the smoke. It's also the heavy oily thickness — the deep viscosity — and in combination that will change your palate. Take it easy — it works.

Alaskan Brewing Company co-owner Geoff Larson studied the style. Actually, he wrote the book on it. In 1988, Alaskan brewed America's first commercially made smoked beer. It was an instant hit. It captured the attention of beer bard Michael Jackson from Europe who proclaimed it one of the best beers he'd ever tasted. In 2001, Larson co-authored ‘Smoked Beers: History, Brewing, Technique and Recipes’ with beer great Ray Daniels.

It might seem surprising that a long-forgotten style was first brewed in Alaska at one of America's most remote breweries. It doesn't surprise me. I learned that before modern cooking techniques, all grain used in the production of beer was kilned this way. Beers brewed in Alaska were no exception.

Larson's research pointed to alderwood as the heat source here. He experimented with it. Across the street from Alaskan Brewing Company was Taku Fisheries. Taku was smoking fish on screened racks over alderwood and Geoff arranged to use the system to smoke some grain. A classic was born.

“This is another one of our beers that builds on the rich history of Alaska. A hundred years ago, brewers in Alaska would malt their own barley, and dry or roast it using alder. Alder grows abundantly here and is the only hard wood in this area, and for direct-fired heat in malting, you only want to use hard wood,” says Larson in a recent press release. “So, we’re not only inspired by the tradition of smoking salmon, we are also influenced by brewers operating in Alaska at the turn of the century, who faced issues with brewer here that influenced the character of their beers. We wanted to capture that essence in a beer, which led us to Alaskan Smoked Porter.”

Grab a bottle of this stuff and let it warm to cellar temperature. Drinking this beer ice-cold kills a lot of the subtle, swirling flavor nuances that makes this beer so famous. I’d suggest a slow pour into a wide goblet.

Note how thick this inky dark porter is as it comes out of the bottle and rolls into the glass. Don’t expect a flourishing, bubbly beer — this one often pours still — but you might get a moderate beige head with just the right pour. Swirl it around in the goblet before bringing it to your nose. It’s cool how the beer coats the sides of the glass and sensuously sheens as it slowly retreats.

Now for the sniff. Of course it smells smoky; it’s supposed to. It always reminds me of a campfire in the woods, which is one of my favorite settings to drink it in. Some caramel, chocolate and peat notes push up from underneath the smoke, along with some dark fruit character.

This is a slow-sipping beer. You might expect the smoke to be overpowering, but it’s not. The dark malts and a roasty element hit first, then the distinct wisps of smoke flow through in this complex, sweet centered beer. Hints of tobacco come from underneath the massive flavor profile. Earthy hops don’t add a lot of bitterness to the beer but rather balance the sweet profile. The beer is full and thick in the mouth. The beer will change as it is consumed and warms a little and more flavors emerge.

Alaskan Smoked Porter is a beer that stands the test of time. The beer actually mellows with age as the smoke essence slightly diminishes and more of the background malts become a feature. This is why I buy a case of 12 bomber bottles of the stuff every year. I enjoy some immediately, then cellar the rest for future enjoyment and comparison to other vintages. Savvy craft beer collectors do the same, and on occasion, we get together and compare our selections.

If you pay attention, watch for vertical tastings around town that happen every year in celebration of this heady brew. Our finer craft beer establishments are as proud of this distinct local treat as I am, and publicans are known to pull from their own private stashes to host events.

In February, my good friend and life-long smoke beer aficionado John Craig turned 75. The tight inner circle of craft beer lovers that know John – many of whom are avid collectors – gathered to surprise him, and the theme was Alaskan Smoked Porter. We coordinated and managed to amass a stunning array that included all but a few vintages from when the first smoked porter emerged in 1988. I pulled at least 15 different beers from my cobweb-covered collection in my dark, cool crawl space to add to the mix. In all, we were able to drink our way through at least 25 different vintages that evening and I went home feeling a little smoky.

If you haven’t tried the beer, get brave and light one up. Drink with an open palate and let the classic beer in a classic style take over. It’s never too late to start your own vintage collection; Alaskan Brewing Company isn’t going anywhere and neither is Alaskan Smoked Porter.