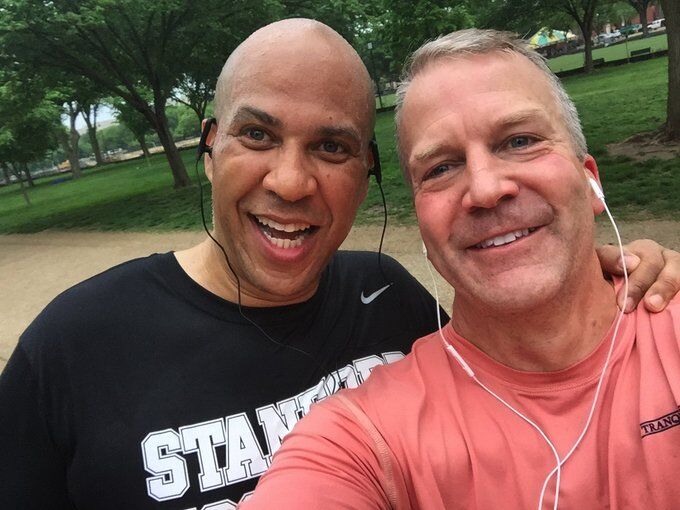 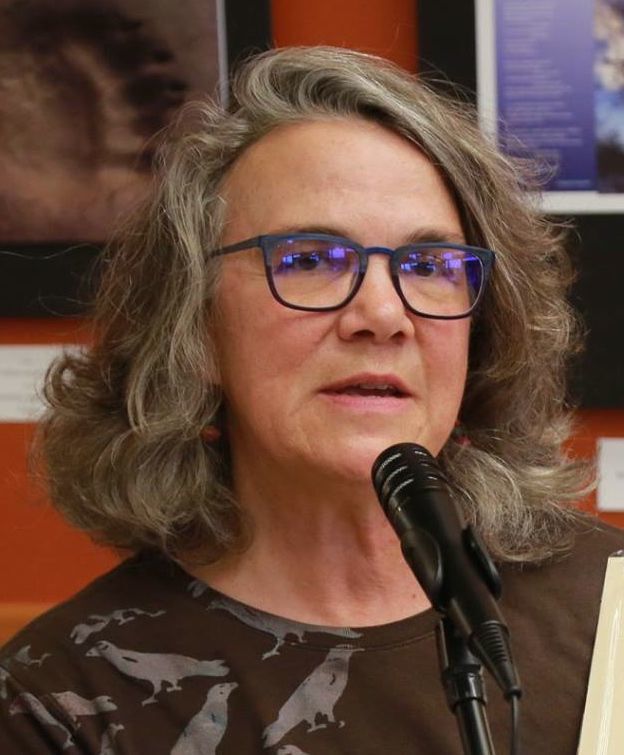 Alaska’s junior Senator Dan Sullivan has made an impressive and truly remarkable Congressional career of doing next to nothing about the most fundamental threat to our country’s security and survival: our raging and unstable president, a wanna-be tyrant. But because Sullivan is so quiet, we are in peril of losing his guidance and example to the swirling political winds. Today, let us honor him by recognizing his ten-step strategy for helping the pillars of our democracy crumble without so much as a sniffle at their passing.

(1) Remind Alaskans at every opportunity that you are a Marine, and Marines always have our backs. Express how “passionate” you are about our military. Yet when the president refers to our war dead as “losers” and “suckers,” furrow your brow and sadly gaze out the window. Ignore the fact that the remarks are widely confirmed, that the president speaks this way all the time about just about everyone, and that the statements echo what he’s said on the record about a former prisoner of war, the late Sen. John McCain – a true military hero. What are mere slurs from someone who never served to those willing to give their lives for our country?

And when the president demands that military commanders accompany him so he can pose for a partisan photo in front of a church he doesn’t attend, holding a Bible he doesn’t read, do and say nothing about this degradation of military integrity. Ignore the fact that even the commanders apologized because the publicity stunt violated the military’s strict commitment of nonpartisanship. What’s a little abuse of power if the power is on your side?

(2) Confirm publicly that Russia is an enemy that “we need to take aggressive action towards,” and stress the need to be vigilant against “unrelenting threats against our democratic process” from foreign adversaries. Yet when Russia interferes on behalf of the president in the 2016 election, and when Russia is again interfering in the 2020 election, keep your head down and take your orders from the president’s cronies. Agree that nothing significant need be done to confront the president’s denials that anything happened, or the shady actions of his campaign with Russian agents, or the criminal convictions of many of his associates for conduct related to Russia. What’s a little cheating if it helps you win?

And when the president takes Russian President Vladimir Putin’s side again and again over the recommendations of American officials, pretend that this fawning treatment of our adversary is normal and poses no serious threat. What’s the harm of favoring an enemy if the enemy’s dirty tricks – honed over decades of totalitarianism - are so effective at securing your party’s dominion?

(3) When a vacancy occurs on the Supreme Court ten months before the 2016 election, endorse the Republican Senate’s decision to not even consider it, departing from the Constitutional framework that has been followed for over two centuries. Support the position that the election should happen first, to ensure that the ultimate decision best reflects the people’s choice. State unequivocally “it’s not about the individual, but the principle.” But when a vacancy occurs less than two months before the 2020 election, urge quick action. Justify the hypocrisy because the 2016 nomination came from a Democrat, and this one comes from a Republican. Also, be sure to allow the president to shape the court in his image – the more partisan and extreme, the better – because a judiciary that is fair and impartial, and independently exercises its intended role in our system of checks and balances, can’t possibly give the president and his allies – and you – everything you want.

(4) When the president won’t commit to honoring the results of the upcoming election, attacks the Post Office to undermine public trust in voting by mail, and reveals his plan to rely on the new Supreme Court – complete with his new pick – to back him up in any election litigation, tweet that we are not a “banana republic,” so supposedly needn’t worry. But do nothing to prevent us from becoming one. Take no steps to counter the harm his rhetoric poses to public confidence in the electoral process. Make no move to guard against the voter intimidation and election violence his words not so subtly endorse. Lift no finger to protect the right to vote and ensure that the will of the people prevails. Why should the president step aside if he loses, when the process obviously can’t be legitimate unless he wins?

(5) Remind Alaskans that you are a smart lawyer and former Attorney General, and that you care deeply – get misty-eyed even - about the majesty of the rule of law. But when the president violates the letter and spirit of the law time and again – by soliciting a foreign government to find dirt on his opponents, by running his business empire from the White House with wanton disregard for conflicts of interest or corruption, and by repeatedly placing his personal or political gain above the American people’s – mumble that his behavior is “less than perfect,” but give him a pass. And when convicted criminals within the president’s inner circle face no penalty for their crimes, raise no alarm. The idea that laws should exist “by the people, and for the people,” not by the rich and powerful for the rich and powerful, was always just a fantasy of dreamers, don’t you think?

(6) Repeat at every turn your mantra against “federal overreach” and the heavy hand of government, but when the president sends unidentified federal law enforcement officers into big cities to sweep Black Lives Matter protestors off the streets in unmarked vans, just like his dictator friends like to do, turn a blind eye. Suggest that the protestors are all looters and rioters, despite overwhelming local reports to the contrary and repeated requests by state and local authorities for the federal guns to leave. Don’t criticize the Department of Homeland Security for organizing the show of force, even though its chief has pledged allegiance to the president, not the country. Remind Alaskans that federal overreach is only a problem if it involves laws and regulations that interfere with big business. When it threatens the rights and liberties of ordinary citizens, it’s fine.

(7) When Attorney General Barr enlists the Department of Justice to represent the president in a sexual assault lawsuit, act as if presidents have always engaged our nation’s lawyers to tend their messy personal affairs. Despite your experience as an Attorney General yourself, pretend that hard-working attorneys who dedicate their lives to advocating for the American people have nothing better to do than defend the president’s alley cat behavior – behavior that many women have disclosed and at least two have been paid not to talk about. Thankfully, Barr understands that, unlike presidents before him, this president is above accountability no matter what he does, and the full force of the American justice system will defend him, right or wrong. Remember that sexual assault is only a problem you need to speak earnestly against when you’re back home in the sexual assault capital of the country. Our president is a gift from God, sent to save us, and he has a lot on his plate. In the balance, his sexual assaults just aren’t that important, and his victims need to shut up.

(8) When the president continually calls the press the “the enemy of the people” because reporters have done such a good job exposing his 20,000 documented lies since taking office, say nothing. By your silence, help erode the First Amendment’s guarantee of press freedom and the vital role investigative journalism plays in our democracy. Help foster a national contempt for truth, and nod approvingly when reliable and verified information is rejected as “fake news.” Responsible reporters ask hard questions, which makes it tough for falsehoods and propaganda to take hold, so never defend reporters from the president’s abuse. And of course never confront all those lies yourself. They work well to keep your most ardent supporters fired up.

(9) When the president assails dedicated public servants in the many agencies and institutions created to protect the public welfare, charging that they are members of the nefarious “deep state” because they do their jobs, find a comfortable chair and stare at the ceiling. Do not speak up in any meaningful way for the doctors trying to protect us from the coronavirus, or the scientists trying to protect us from the ravages of climate change, or the many other skilled and talented federal employees who find themselves caught in the crossfire of the president’s war on competence. Utter barely a peep about the fact the U.S. leads the world in COVID-19 cases and deaths (200,000 and counting) because the president downplayed our experts’ warnings and never deployed a national strategy to prevent the spread of the disease, instead leaving states and localities to fend for themselves in one of the greatest crises of modern times. Remain quiet when leading public health officials and agencies like the Center for Disease Control are ridiculed and undermined at a time when their expertise and experience are needed most. Above all, don’t call out the president’s practice of making up his own medical theories and tossing them into the fray. Clorox. Hydroxychloroquine. Cures that have worked so well.

(10) Finally, do everything within your power to avoid the exercise of independent judgment. Alaskans sent you to D.C. to be a faithful cardboard cutout for those who held your checkbook from the beginning: the Republican Party, corporate America, and your BFFs in the Koch family. Exercising leadership is overrated and never necessary, especially when it means confronting a narcissistic Bully-in-Chief who believes in harsh paybacks and in using the formidable forces at his command. Instead, stand down. Abdicate your Congressional duty to serve as a check on the executive branch and vote to support the bully over 90% of the time. Supreme loyalty to our Dear Leader is the new American value, so embrace it. Recognize that American democracy is an idea whose time has come and gone. And as a brave Marine, stand idly by as a new sound builds on the horizon: the sound of jackboots, hitting the ground swiftly, coming to cart our old country away.