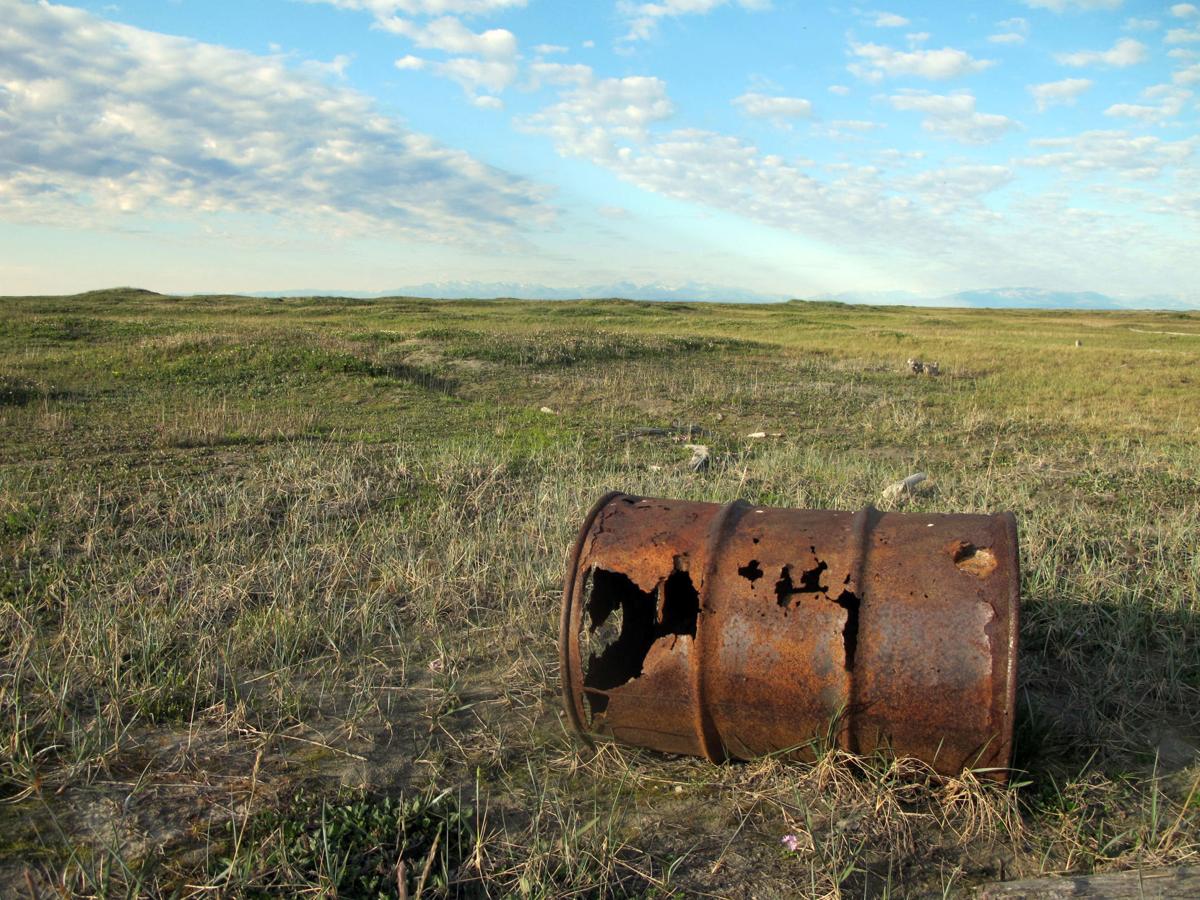 A rusted oil drum lies on the tundra beneath a dramatic Arctic sky at Arctic National Wildlife Refuge, near the mouth of the Okpilak River. (D. C. Carr/Adobe Stock) 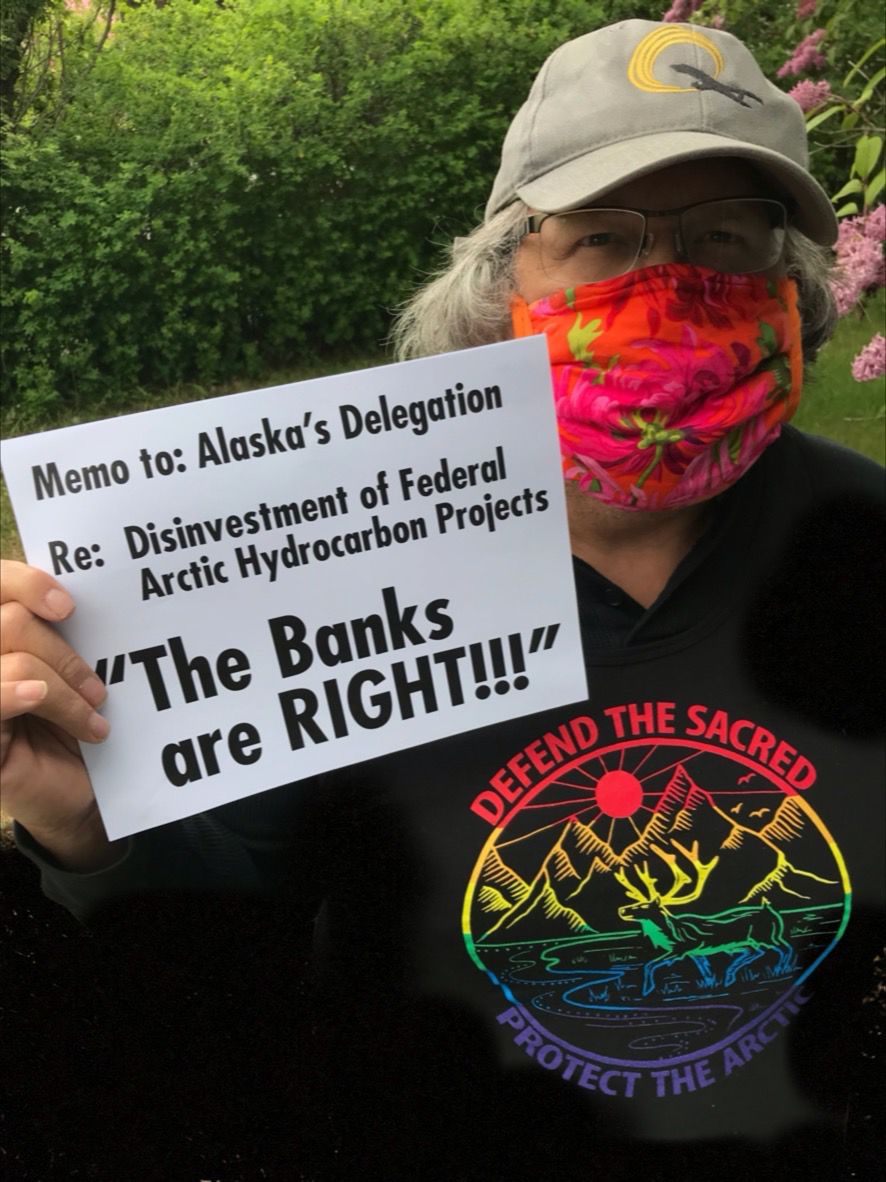 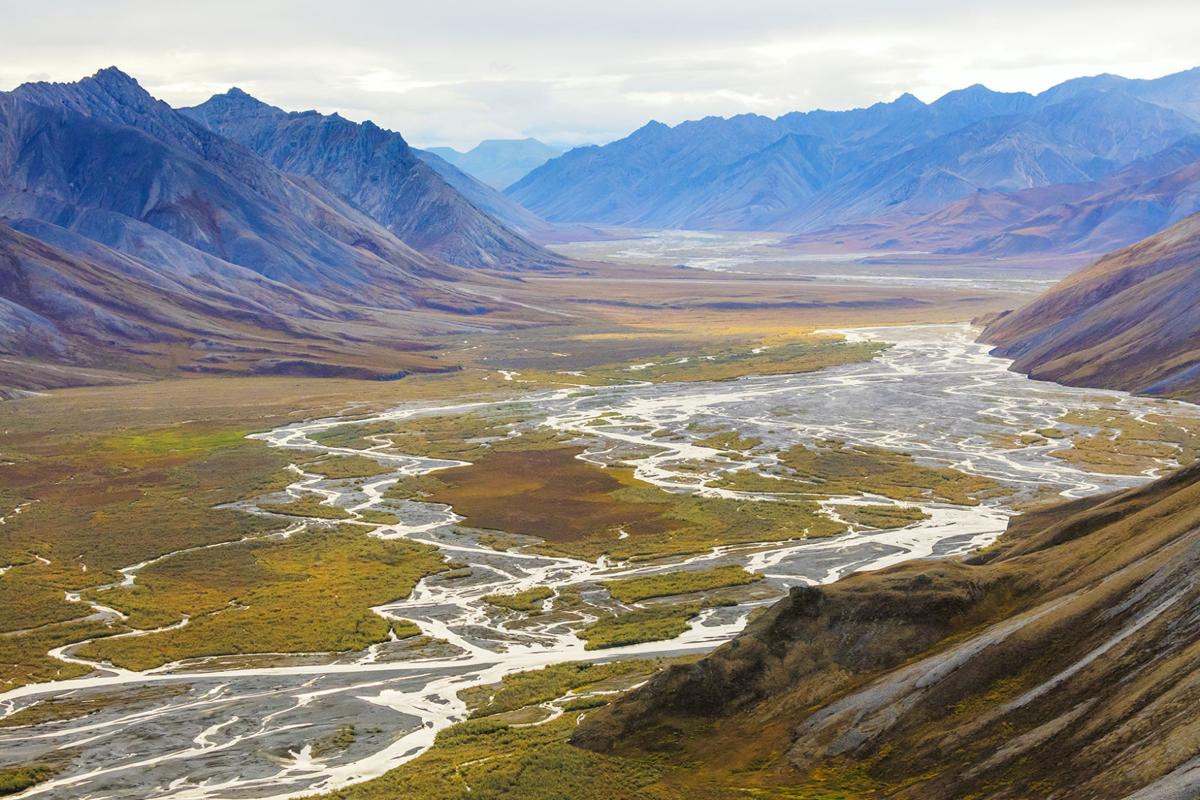 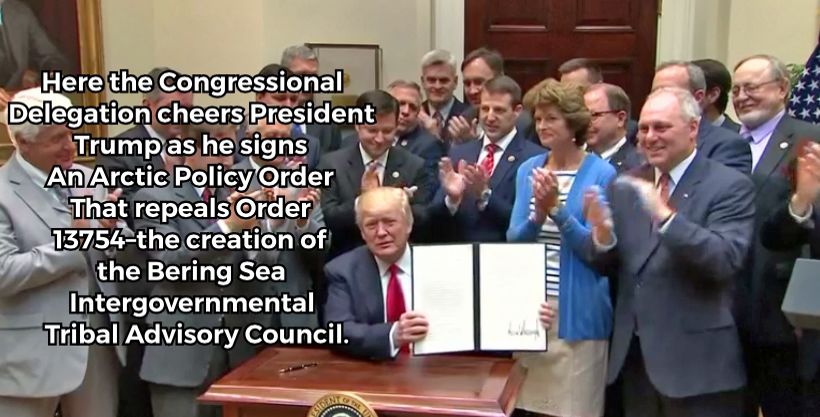 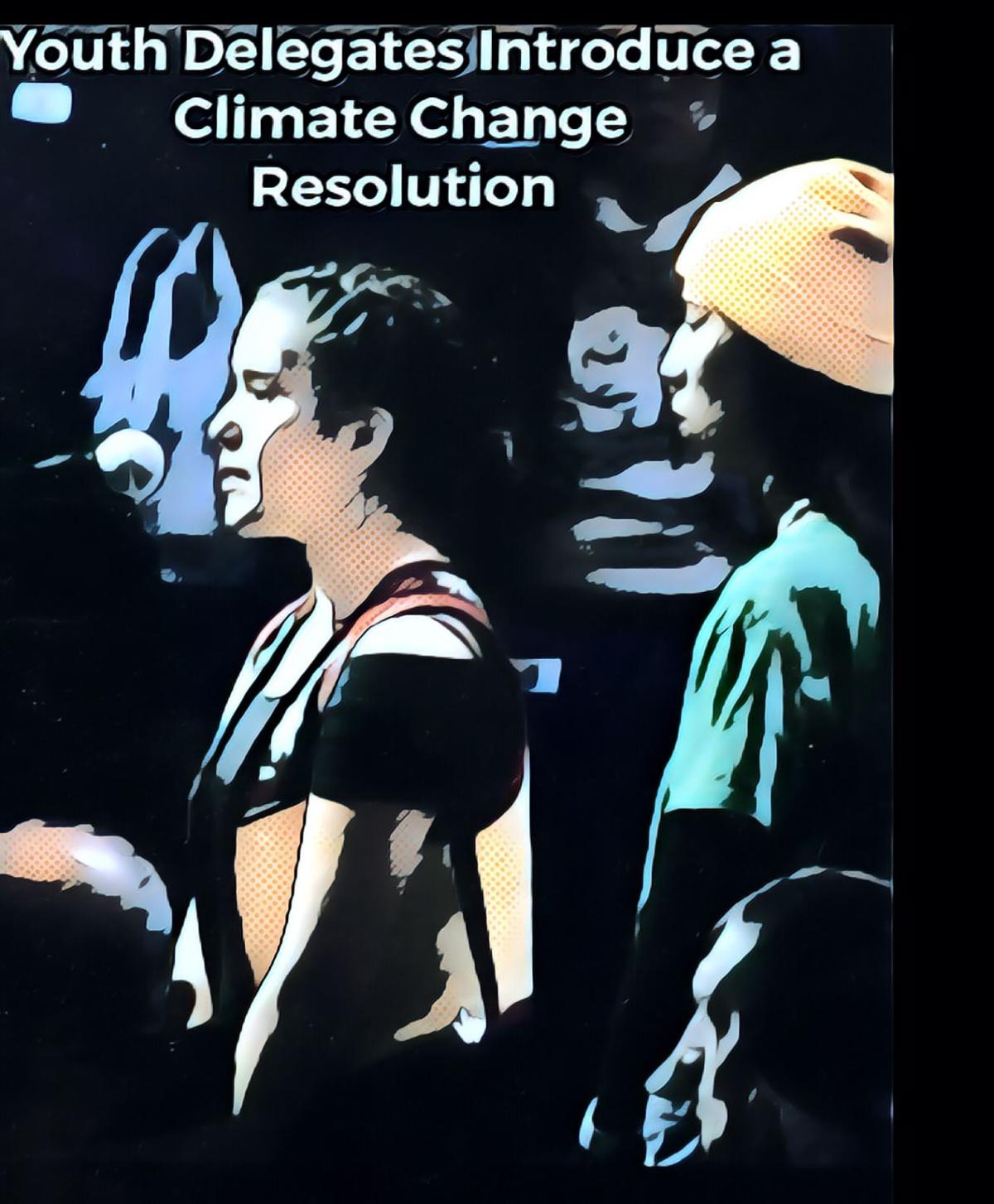 Last week, our Congressional Delegation outraged many Alaskans by playing the race card in order to ‘guilt’ the International Banking Community into financing federal Arctic oil development. It appears that there is no depth to which our DC politicians won’t stoop on behalf of their multinational corporate benefactors.

You will recall that several large institutional banks announced this spring that they were “divesting” from fossil fuel exploration and development in the federal OCS and ANWR. We will explore the reasons for their decision later in this column.

DIVESTMENT FROM FEDERAL PROJECTS IS REALLY GOOD NEWS FOR ALASKA

The disadvantages for Alaska’s oil fields from the development of federal leases have never been adequately analyzed. A few years ago, oil analyst Dr. Richard Fineberg told me that the potential economic loss to the State of Alaska from federal competition could be staggering. Fineberg is certain that spending in the federal fields will reduce investment in Alaska’s fields.

Alaska gets half the royalty take from each federal field that it gets from state development; Alaska will not be able to collect other revenues that we get from state development, such as ad valorem property taxes and depletion allowances and corporate taxes earned on state lands. Moreover, while the feds will get the benefits from federal development, the state will get stuck with the tab for social and economic costs.

In-migrants seeking jobs on the federal projects will flock to our communities and swamp our services and tax our local budgets. Local hire? Forget it. Non-resident hire is bad enough on state leases, just imagine the scene in the federal oil patch where the workers might all be outsiders, or even foreigners. Chinese workers might well supply the foreign partnerships engaged in OCS projects.

So the point here is, why is our Congressional Delegation championing something that will be in competition with Alaska and reduce our revenue?

DEFENDING THE SACRED: ‘CORPORATIONS ARE NOT PEOPLE’

But back to our Congressional Delegation and their sophomoric take on the bank divestment from Arctic fossil fuel exploration and development. When these politicians say “Alaska Natives” what they mean is one Alaska Native Corporation: Arctic Slope Regional Corporation.

To which I respond: “Corporations are not People”.

Arctic Slope Regional Corporation abruptly withdrew from the Alaska Federation of Natives last winter because the delegates to the AFN Convention in Fairbanks dared to pass a Resolution on climate change advanced by the elders and youth delegates. The Resolution called on the AFN to examine the effects of climate change on their villages and create a panel to do so. Alaskan Native delegates, both young and old, advanced the resolution in honor of their “ancestors and the generations unborn.”

The optics of what followed could not have been clearer. The Arctic Slope Regional Corporation delegation took the lead in opposing the resolution. To listen to the ASRC delegates, you would have thought that the Elders and Youth were calling on AFN to ban oil drilling in the Arctic altogether. And, of course, that “slippery slope” image was invoked. ASRC’s chief delegate puffed out his chest as he navigated the convention floor ranting and raving against the resolution, calling the proponents naïve and attacking them for subscribing to the very notion of climate change.

After hearing from visibly upset, but strong and courageous youth proponents, the ASRC leader continued to mock and attack the elders who supported them. Instead of recognizing the toll that climate change was taking on their own villages, the ASRC delegates blamed “outside environmentalists” and “regulations” for the villages’ subsistence access problems.

THIS is the “Native Alaskan” interest that our Congressional delegation is so worried about when they are attacking the bankers.

This sudden concern for Alaska Native People rings hollow after the Delegation has ignored their issues and concerns for years. The Congressional delegation stood by as President Trump shut down the voice of the Bering Sea elders, who had been empowered under the Obama Administration to advise federal agencies engaged in energy development in the region. Sens. Sullivan, Murkowski, and Rep. Young were silent when President Trump ended the Climate Adaptation Program for Coastal Villages; President Trump ended Sea Grant and Cooperative Extension programs aimed at building community resilience plans for scores of Alaskan Communities threatened by rising seas.

Where was the Congressional Delegation when Trump blocked the movement of Native lands into Tribal Trusts? And where has the Congressional Delegation been when the citizens in the Village of Nuiqsut—a Village locked in the middle of the State Oil Patch—developed a crisis of chronic respiratory illnesses, recorded and documented for over 20 years? The Village cannot get independent air quality monitoring but must rely on the in-house experts for ConocoPhillips to police themselves. The air is just fine, the oil company has been assuring the Village health Aides for years.

Sullivan, Murkowski and Young have gone MIA when Native Alaskans have needed their help blocking President Trump’s actions and now they express concern over the actions of the banks?

Now let us address the banks and why they are making the decision to divest in federal Arctic oil development offshore and in ANWR.

Nowhere can I find evidence that the motive behind these moves was in any way against Alaska’s Native People.

The real answer is quite simple: the fossil fuel business is dying and the bankers know it.

This is not to say that there will be an end to the industry in any of our lifetimes, but on a 30 to 50 year horizon—which is the term of corporate and banking planning—the oil industry will be unrecognizable compared to what it is today.

All the major oil companies are already fully committed to changing their investment strategies away from fossil fuels, turning themselves into “Energy Companies, as opposed to Oil Companies,” Matthias J Pickl, economics professor at King Fahd University of Petroleum and Minerals in Saudi Arabia, wrote in a report in November 2019 discussing whether oil companies are transforming themselves into energy firms.

But don’t take the Saudi expert’s word for the future of oil. Ask the Norwegians.

“…Norway is probably the poster child for responsible management of oil wealth. Norway has a long history as an oil and gas producer, and the country used its oil wealth to build the world’s largest sovereign wealth fund. Last week this fund — the Government Pension Fund Global (GPFG) — made headlines by announcing it would divest certain fossil fuel investments,” reported Forbes magazine.

This Worldview is not only accepted by the industry itself but by industry analysts whose bread-and-butter is tracking the behavior of capital and projecting it into the future.

McKinsey & Company is a leading oil and gas analytics firm whose brand is described as “Improving performance and managing risk across the oil and gas value chain.” Their roster of specialists spread across the globe and their clients include the largest oil and gas firms on the planet.

McKinsey produced an eye-opening report on the future of the oil industry in the global energy market. By 2050, the engineered efficiencies of fossil-fuel-based generating systems will produce 1 unit of GDP for approximately 1/2 the BTU cost per GDP unit in 2016, according to the report. In other words, it will take 1/2 the fossil fuel to maintain the current rate of production. But, of course, there will be a growth in demand for energy. Unfortunately for the oil business, 60% of that new growth will be generated by sources other than oil. So if we project a doubling in GWP (Gross World Product) from the current base, 40% of that gross will be oil based. With a doubling of efficiency of oil-based energy production per unit of GNP, the actual growth in oil demand though 2050 will be 20%. A 20% growth over 30 years represents roughly 2/3 a percent of growth per year, a rate that will barely keep pace with the cost of capital.

“The fact that even the world’s worst fossil fuel banker wants nothing to do with Arctic Refuge drilling shows just how toxic an investment it would be,” Cushing said. “Now that Chase and Goldman Sachs have drawn a line in the sand, all eyes are on Wells Fargo, Citi, Morgan Stanley, and Bank of America. Who will be the last to recognize that financing drilling in the Arctic is an expensive risk that’s not worth taking?”

THE PARIS ACCORD CHANGED THE GAME

The large banks that have withdrawn from Arctic Development understand that oil is an industry in decline. They understand that the oil industry itself is investing in transitional paths that will carry them into a non-oil future.

They understand that the future Capital growth of the industry will barely keep pace with the recurring costs to maintain operations. The banks understand that their world changed on December 12, 2015. That was the day that 196 state parties adopted by consensus the so-called Paris Accord dealing with greenhouse gas emissions, mitigation, adaptation and finance. The Paris Accord has laid out a framework for two important things for banks: it created a complex trading system established to incentivize development and thereby it created a huge “unknown” for Arctic development which is the most politically contentious and potentially “brand impacting” of all the frontier oil development regions in the world.

Kivalina v. Exxon was a pioneering lawsuit filed in 2008 that was based on a criminal tort theory that polluters had a shared liability for damage done to the Village of Kivalina, Alaska because they were collectively responsible for the climate change harming the Village. The defendants successfully challenged the lawsuit based on legitimate questions of “ripeness” and the technical capacity to apportion liability and the absence of standards for doing so. The remedy, all defendants and the Court agreed, was a “political” or “legislative” one, not a “judicial” one.

In an article written a decade ago, I documented Sen. Lisa Murkowski’s work with energy lobbyists to alter the Clean Air Act and prevent any future liability cases like Kivalina from having a remedy.

But much has changed in the intervening year, including a growing body of legal theory supporting the Kivalina approach, and the technological and legislative willingness, especially in Europe, to establish a political remedy.

The Paris Accord created a framework for testing global models for regulation and enforcement of carbon emissions.

The banks are not going to start underwriting Arctic Development at a time when regulatory uncertainty and corruption of the go-it-alone policies of Donald Trump rule the landscape.

The Congressional Delegation’s hypocrisy and insults to the banking community didn’t help. Perhaps the changes wrought by the voters in Alaska in November will usher in an era of environmental and cultural stewardship that will return stability to Arctic Policy and economic development. Arctic development can—and must—defend the sacred.

On some level, I think, the banks know that. Our Alaska Delegation, unfortunately, does not.