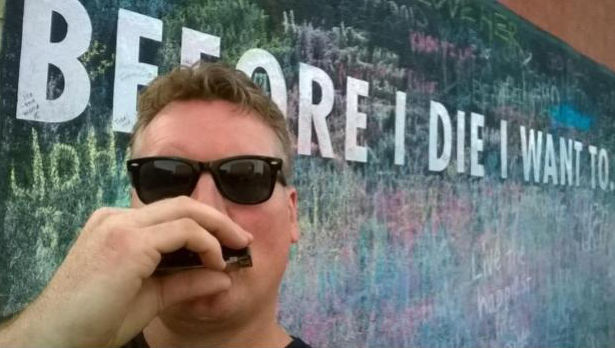 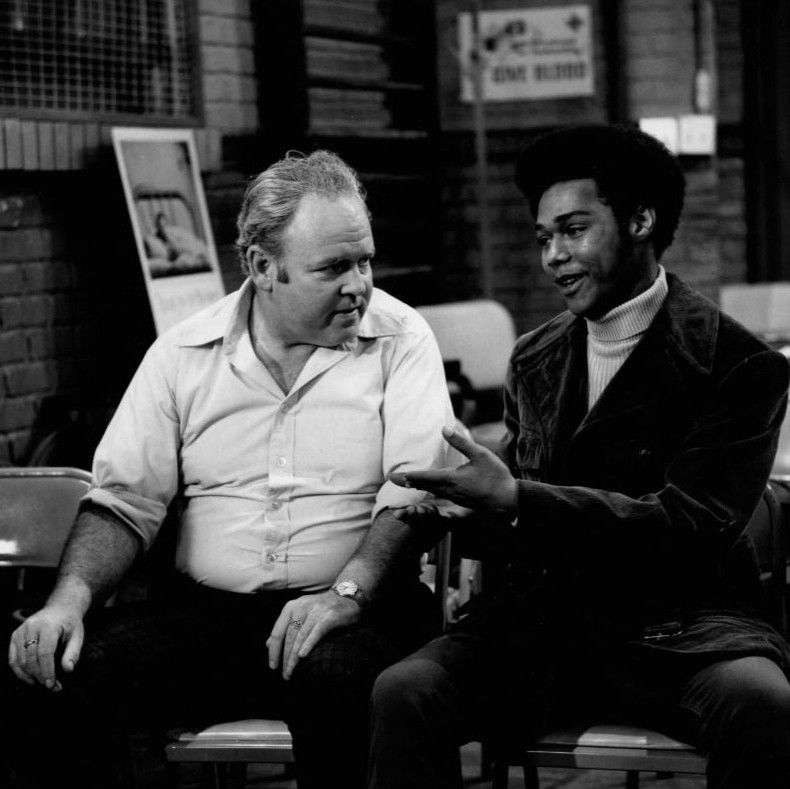 Publicity photo from the television program All in the Family. Pictured are Carroll O'Connor (Archie Bunker) and Michael Evans (Lionel Jefferson). In this episode, Archie visits a local blood bank to donate and meets his neighbor, Lionel Jefferson, who is also there to donate. (Wikimedia Commons) 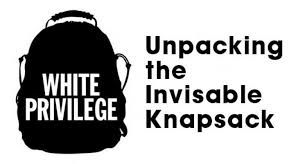 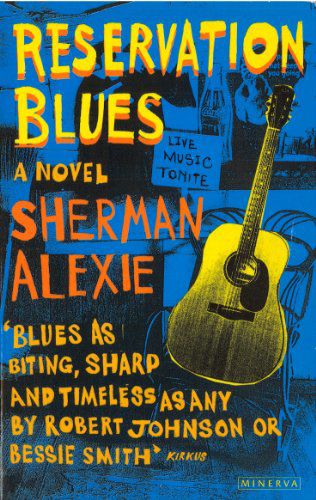 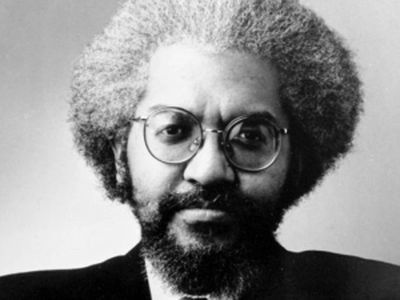 “The old get old and the young get stronger

May take a week and it may take longer

They got the guns, but we got the numbers

In 1971 I was six years old and ‘All In The Family’ was must-watch TV every Saturday night in our home — in a lot of American homes. Sixty percent of American households tuned in weekly to watch Carroll O’Connor as the lovable bigot, Archie Bunker.

The show tackled controversial issues including rape, homosexuality, and especially racism. ‘All In The Family’ appealed to both sides of the political divide as one side laughed because Archie’s remarks were so outrageously ignorant; while the other laughed, because he was an everyday hard-working frustrated middle-aged white man who openly said what was on his mind — and he was hilarious.

As a child I vividly remember thinking that Archie Bunker and George Jefferson were going to change the world — eliminate racism by exposing it for the ignorant belief system that it is. I thought that when the old racists died off, then racial oppression would cease to exist; that the belief system that white men are inherently superior to people of color would crumble.

I also stayed up late nights with my mom watching Johnny Carson and the Dean Martin Celebrity Roasts with Don Rickles just ripping into everybody — regardless of race, religion or social class. It didn’t matter. Political correctness was not a thing yet. I remember laughing along with my mom every Friday night and then waking up Saturday mornings to watch cartoons depicting blacks as stupid and subservient Sambo/Al Jolson stereotypes and Indians as drunk, slovenly savages. We were programmed to believe that white is right — white is the norm — the top of the racial hierarchy.

If our ancestors’ trauma can be handed down through DNA; then why can’t their belief system? Are we born racist? Is prejudice so institutionalized and part of our very being that we carry it within our DNA? Is it so much a part of us that we don’t even recognize it is there? Or is it indeed a learned behavior that can be acknowledged and unlearned?

Another thing that we carry in our DNA is the fact that we are all one family. Scientific studies have proven that we all come from one common mother and she came from Africa. We are all at least 52nd cousins, yet we continue as a society to be highly fearful and unempathetic toward our brothers and sisters.

If you don’t want to believe the wealth of scientific data and instead choose to believe that our common parents are Adam and Eve, then we would have our origins at the headwaters of Tigris and Euphrates Rivers; in what is now called Iraq. Jesus was certainly not light-skinned and blue-eyed as he might be depicted in your church.

I struggle with the term White Privilege. On one hand, It is obvious to me that as a 6-foot-6, blonde-haired, blue-eyed, college-educated white male I have been given a head-start on opportunities to succeed that many members of other races are not given. On the other hand, the term creates resentment and divide in our people in much the same way the phrase ‘race card’ does.

Raised in an upstate New York area that had one black family in the entire school system, the only interaction I had with black people was through television, music and sports. Then my Mom got a job at Colgate University and she became a secretary for noted African-American Studies Professor Dr. Manning Marable. She also got me a job mowing his lawn. His wife Hazel Ann would make me lunches and we would sit and talk half of the day about fishing and food. I looked forward all week to spending Tuesdays with her.

When I went off to Missouri Valley College on a basketball scholarship I got my first real experience living with people of color. My coach, Denny Fox was truly a wonderful teacher, leader and father figure for me. He recruited many of his players from Indianapolis, St Louis and other inner cities. The NCAA had recently ruled that in order for an athlete to be eligible to play a sport that he/she must attain a certain grade on the SAT or ACT. This ruling kept many under-privileged athletes from attending D1 programs and opting for other colleges.

One afternoon, Coach Fox explained to me how valuable of a commodity I truly was for any college basketball program and for the first time I realized how privileged that I am. Partly due to the color of my skin in a game dominated by black players, and partly because I got good grades and was not in jeopardy of missing games due to academic ineligibility. I had become upset with the college because I found out that one of our players was given tests verbally because he was unable to read to take the exam otherwise.

“Aren’t you responsible to help him learn how to read?” I thought. Or was he simply just helped along just enough to keep him eligible to play. I soon realized that if he became ineligible he would have just dropped out of college and returned home, so I shut my mouth about it and I’m convinced it was best for him that I did.

In her controversial work ‘White Privilege:Unpacking The Invisible Knapsack’, Peggy McIntosh describes white privilege as “unearned assets which I can count on cashing in each day, but about which was ‘meant’ to remain oblivious. White privilege is like an invisible weightless knapsack of special provisions, maps, passports, codebooks, visas, clothes, tools and blank checks.”

‘Meant to be oblivious…’ I believe that this is why so many whites are in denial that they have certain privileges that other races don’t. They may not realize it because they are so caught up in their own struggles.

Over the years I’ve realized a number of things that I am afforded that people of color are not. I feel pretty confident that I won’t be shot while jogging down the street because the shooter ‘believed’ that I was a burglar,’ as in the recent case of Ahmaud Arbery, an unarmed young black man in Georgia.

I don’t worry that the police will shoot me numerous times while I lay asleep in my bed as they did to 26-year old Breonna Taylor in Louisville, Kentucky just two months ago. They had the wrong house. The police had a ‘no-knock’ warrant for a narcotics suspect that lived 10 miles from Ms. Taylor’s residence.

I also feel secure that when I meet a potential landlord or employer that they don’t negatively judge me by the color of my skin and that I appear to be an asset to their respective neighborhood or company.

I spent 15 years selling medical devices and I am convinced that I was given these opportunities partially because of my skin color and being a former college athlete. It really hit me one evening as I was sitting at a corporate awards banquet in San Antonio. I looked around the room of about 650 people — mostly white, with the exception of sales territories that demanded Spanish-speaking sales people and a few blacks, including the nurse I had hired and trained.

Sure, I’ve had people judge me because of my skin color, but they were isolated episodes, not daily systemic oppression.

On the long flight home from that meeting in San Antonio I read Sherman Alexie’s novel, ‘Reservation Blues’. After grabbing my luggage, I stepped out of the terminal happy to be home when an elderly Alaskan Native man shouts at me, “Fuck You, White Mother Fucker!” I felt sad for him rather than getting offended. I did not know his struggle and what may have caused him to scream at me.

I have also had the privilege, because I am white to hear the blatant racist ‘jokes’ and remarks because they think I am ‘one of them.’ Guess what… I’m not one of you and I lose more and more respect for you as you spew your ignorance, fear and hate.

The excuses and finger-pointing that is going on by many of my social media ‘friends’ sickens me. Using the words of black leaders such as Rev. Martin Luther King Jr. against his own people just adds fuel to this racial fire. It took his blood to get the Civil Rights Act of 1968 to be signed seven days later.

You call for ‘peaceful’ protest yet you mock and hate Colin Kaepernick for taking a knee with his head held high to bring light to police violence toward people of color. Instead, you spread false beliefs that he is disrespecting the flag or the military. Neither was the intent.

To say that you owe no apology because slavery was hundreds of years ago and you had nothing to do with it. Hell you may even have black friends, but what are you doing to positively affect change? By excusing and justifying, you are more dangerous than the outright white supremacist. At least the skinhead on the corner is being honest about his feelings.

Accepting that whites are privileged takes nothing away from us. Most of us have worked very hard to achieve a middle-class lifestyle, but that does not justify looking down upon your fellow man and putting a knee to his neck to keep him down… It’s enough to make you so fucking pissed, you just want to give up.

But what I especially feel privileged about is to live during this time of revolution and that many white people have finally stood up and joined our black ‘family’ to protest the oppressive forces imposed by government, corporate, religious, and law enforcement entities.

I also have friends who have reported to have personally witnessed white nationalists inciting rioting and looting, while black protestors plead for them to stop.

These racists hope to provoke a race war, but if they do, this time black people will not fight alone.

I’m not burdened by white guilt and I refuse to live in fear. While I may lose some of my family, friends and even my life, I would proudly do so in order for people of all races, religions and genders to have the same opportunity for success that I have been granted.