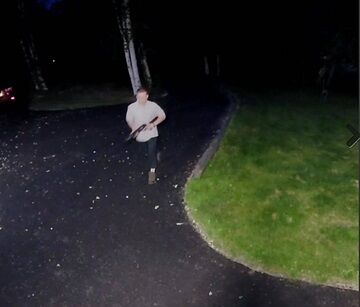 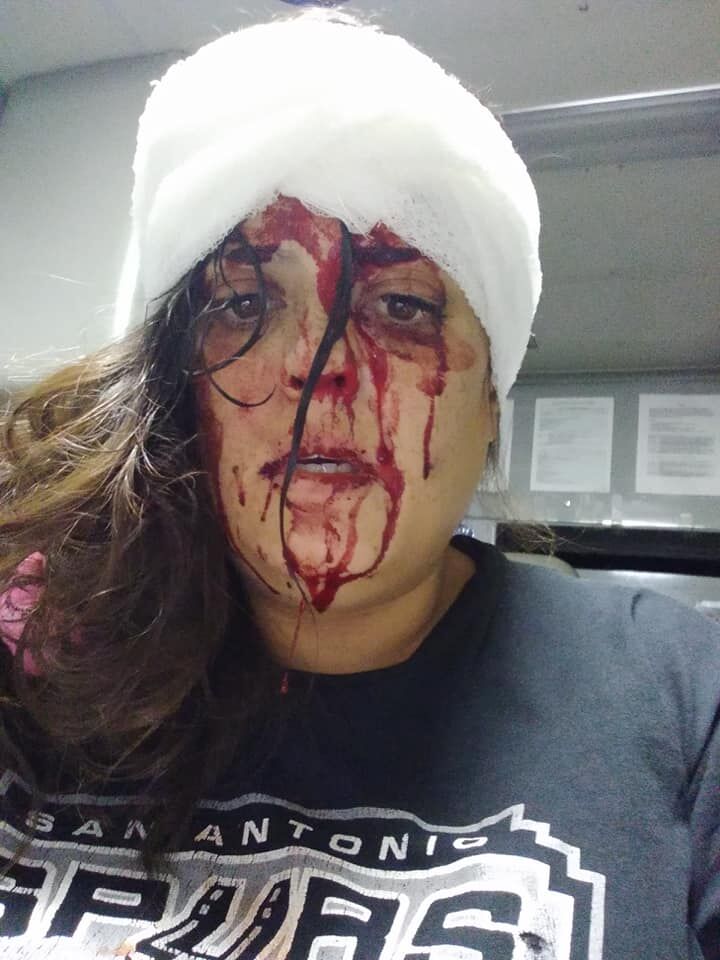 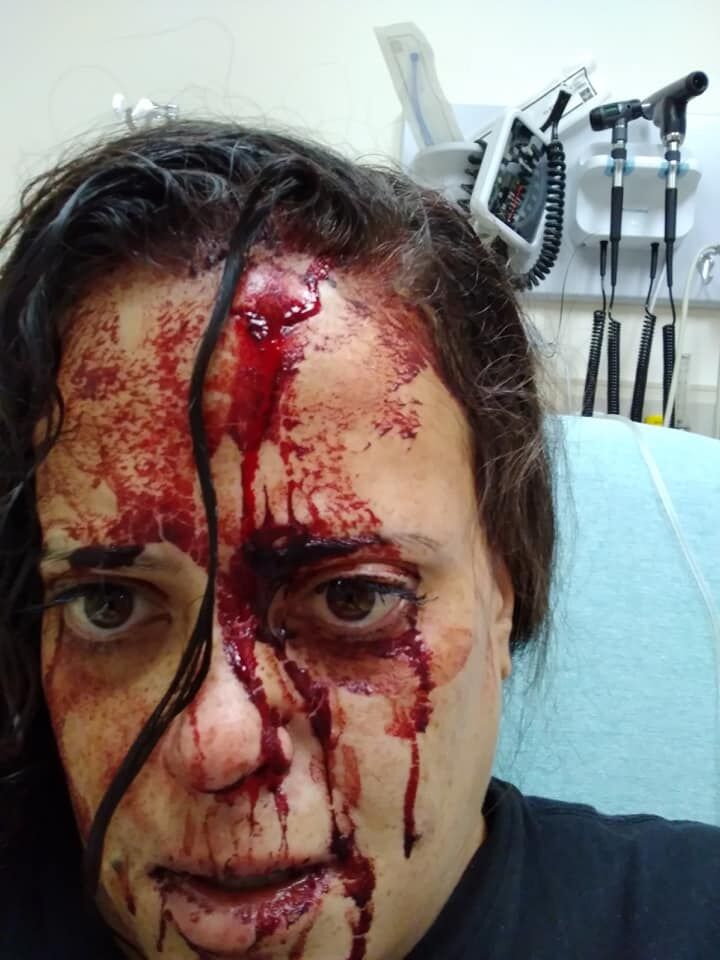 Update 9/9/20: According to CourtView, Erik Fritz Donhauser-Sagmoen has now been charged with Assault 2 - Injury with a Weapon Intent (Class B Felony) and Assault 3- Cause Injury with a Weapon (Class C Felony). Inexplicably, his bail has been set at $3,000 cash perf + PED Supervision w/testing and location monitoring per Magistrate Judge Manculich.

Erik Fritz Donhauser-Sagmoen is well known to law enforcement and many Alaska residents, but if you don't know who he is, grab a glass of wine, get comfortable but keep the lights on while you read. I stumbled upon these events on September 6th while perusing Facebook groups and was outraged at what I was both seeing and reading. In the throes of my disgust, I started researching and digging which led me for the first time, to write about violent crime in our city.

My intention when I decided to write this was to run readers through an exhaustive summary detailing Mr. Donhauser-Sagmoen's lengthy and disturbing criminal history, which began in 2011 and which continues to this day. There's a lot to it.

In the past, Mr. Erik F. Donhauser-Sagmoen has been charged with DUI's, failing to stop at the direction of an officer, driving with a suspended/revoked license, failing to appear in court while out on bail, failing to report to court to serve court ordered time, theft, probation/parole violations, burglary, unlawful contact, vehicle theft, criminal mischief and criminal property damage (both felonies), criminal trespass, removal of merchandise, assault in the 4th degree, violating conditions of release, more burglary charges, felony DUI, possession and as of 9/6/2020 now has pending charging documents with the court system yet again. His crimes span from Homer to Anchorage.

In 2018, the Alaska Star detailed a chilling account of one Chugiak family, writing, "The family car was gone — along with television sets, jewelry, credit cards, all of the family’s keys and other assorted items. The family called police, who opened an investigation into the burglary at around midnight. When the Willises later reviewed images from security cameras placed around their home, they found chilling evidence of what had happened. Willis said the cameras captured what appeared to be two people on her family’s property over the course of several hours Saturday morning and they caught something more. “The first guy got there at about two in the morning, he had a gun walking up the driveway,” she said.

One of the suspects in that case was Erik Fritz Donhauser-Sagmoen. When law enforcement came upon Donhauser-Sagmoen, he refused to obey their orders, at which point he was tased and arrested but not before exiting the vehicle and placing food on the roof of the car. In that case alone, Donhauser-Sagmoen was arraigned on charges of burglary, felony DUI, vehicle theft, driving with a revoked/suspended/ canceled license, and fourth-degree misconduct involving a controlled substance.

'What has he done now,' you ask? We don't know what the exact charges will be just yet as the charging documents have not been filed with the court, but we know from what incident the charges will stem from.

Anchorage resident Mikka Thomas was walking home alone on September 6th 2020 when she was allegedly attacked unprovoked by Erik F. Donhauser-Sagmoen with a rock. In a partial video clip that captured the attack, you can hear the victim scream, "I don't want to die!"

In her own words, the victim writes of the attack, "A man tried to kill me tonight! I was walking home and he came up behind me and started bashing me in the head with a rock over and over. I thought please God don't let me die I screamed as long as I could but as he bashed me again I could feel me losing consciousness so I screamed out one last time and a man ran out of his house with his german shepherds and attacked the man and held him down til police arrive! I'm in hospital right now and just thankful alive!"

Neighbor and hero Shaun Sullivan heard Mikka's screams for help and rushed outside with his two German Shepherds gaining control of the situation and was able to restrain Donhauser-Sagmoen while the Anchorage Police Department was on route to the scene.

According to her own public account of the attack, Ms. Thomas denies knowing or having encountered Donhouser-Sagmoen in the past.

Prior to the attack on Ms. Thomas, Donhauser-Sagmoen was sentenced in 2018 on charges of Felony DUI with +2 priors, and Burglary 1 in a dwelling, a class B felony.

The 2018 case was reopened two days ago with a petition to revoke the probation/parole of Donhauser-Sagmoen, who has been in police custody since being apprehended the evening of the attack.

Yes, you read all of that correctly. Erik F. Donhauser-Sagmoen was walking the streets of Anchorage while on probation/parole. He allegedly bashed this young woman walking home over the head repeatedly with a rock. He is currently being held without bail and has a pre-indictment hearing scheduled for October 22, 2020 at 2pm.

As an Anchorage resident, I have to ask the obvious question. "What was this man doing on the streets of Anchorage?" In my opinion this man is a threat to those around him and has no business being on the street. Period. I have been unable to find any significant jail or prison time bestowed upon him by the Alaska Courts that might have prevented this vile violent act.

Donhauser-Sagmoen has victimized numerous people over his significant criminal career, but Mikka Thomas is proving to be a strong woman, taking a stand against the heinous unprovoked violence she was unwillingly made part of by her assailant just two days ago.

When asked by the court if she wanted to be at his bail hearing, Ms. Thomas said, "Your mother fuckin' right I do, I don't give a damn how much pain I'm in I'm gonna look this dude in the eye and beg the court for a high as bond or no bond fkn piece of shit! I'm following this shit all the way. I'll be there every fucking court date!"

A fundraiser by her sister has been started to help cover medical costs and help aid in her recovery through counseling. As of this writing, $765.00 has been raised out of what I find to be a modest goal set of $2500.00.

Donhauser-Sagmoen, according to filings in Alaska CourtView, appears to have, at a minimum, a severe drinking problem. Well, he can get help for that problem in the Alaska Department of Corrections. No more bail. No more second chances. We know Anchorage has a crime problem and it sure looks like the judicial system has a problem. Ms. Thomas now knows that Anchorage has a crime problem and must live with what this man has done to her on a minute-by-minute basis.

It's time for Alaska courts to show Ms. Thomas that they recognize the danger Donhauser-Sagmoen is to the State of Alaska. What happened to Mikka Thomas could have easily happened to any one of us.

Reprinted with permission. Originally appeared on The Blue Alaskan.