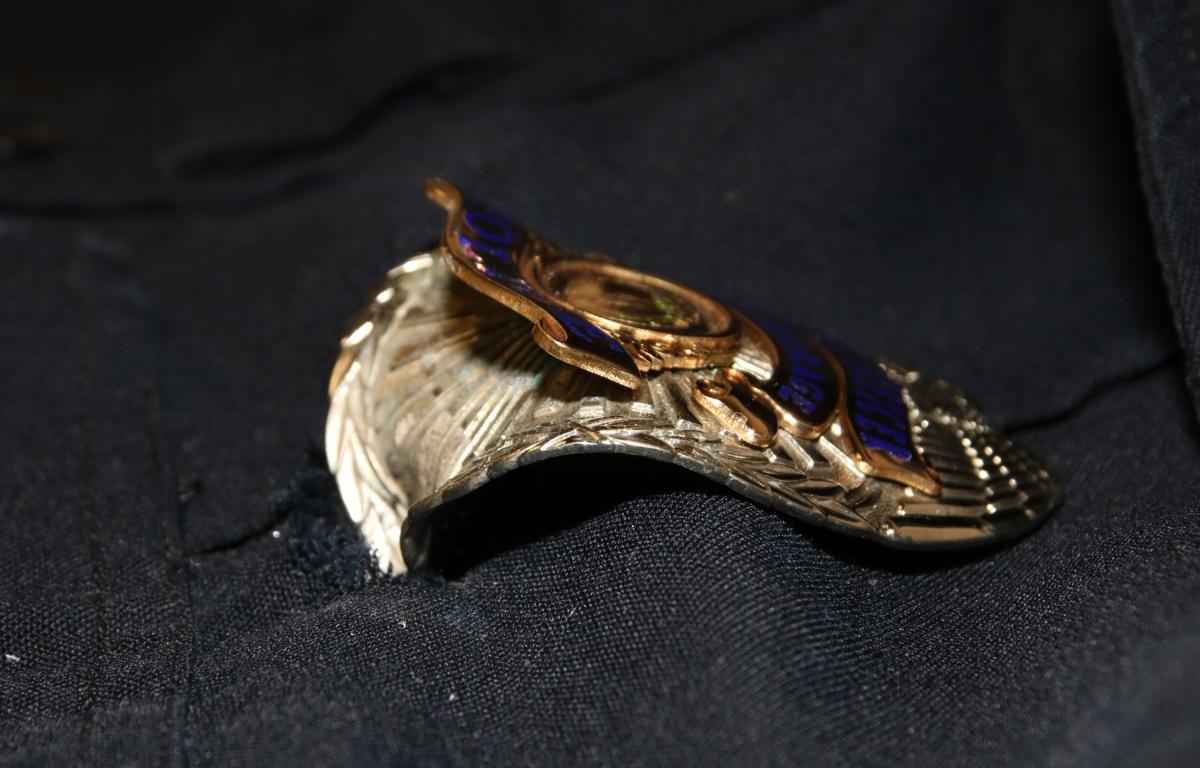 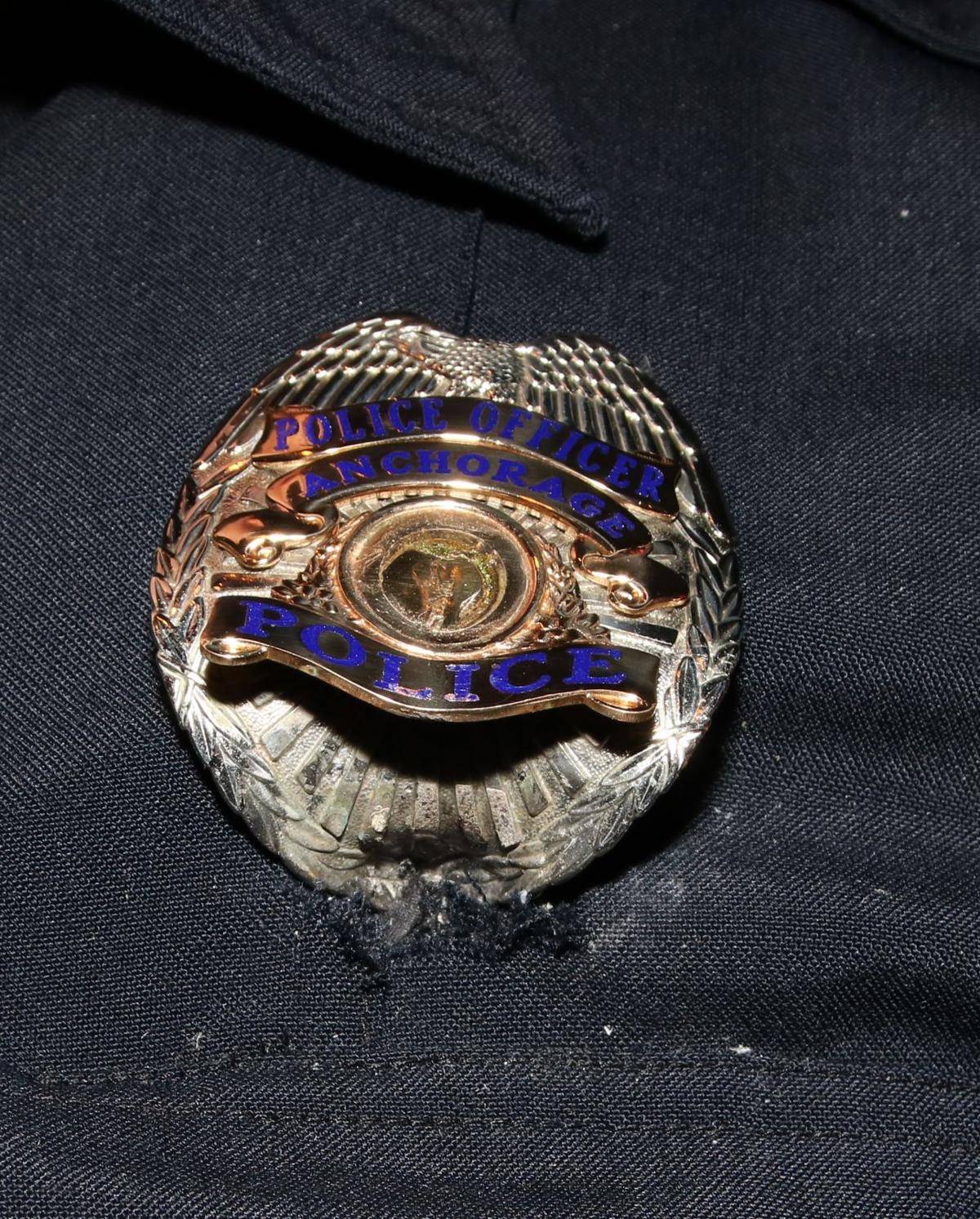 The officer who fired his weapon has been identified as Officer Jason Cusack. He has been a member of the Anchorage Police Department (APD) since 2015.

During the incident, one of our officers was shot in the upper body. The bullet struck the officer’s badge, and then deflected into his body armor (see attached photos). While each investigation is different, in this case we felt it was important to share with everyone how close we came to having an officer seriously injured or killed in the line of duty. These photos are a stark reminder of the dangers our officers sometimes face while protecting our city. All of us at APD are thankful that he suffered only minor injuries.

We truly appreciate the messages of support we have received from the community, thank you!

The APD officer who was injured was not involved in the shooting, and is recovering quickly. He and his family prefer that we not release his name, so that they can continue to work through this traumatic event.

The suspect has been identified as a 16 year old male and his name will not be released at this time. Next of kin procedures have been completed.