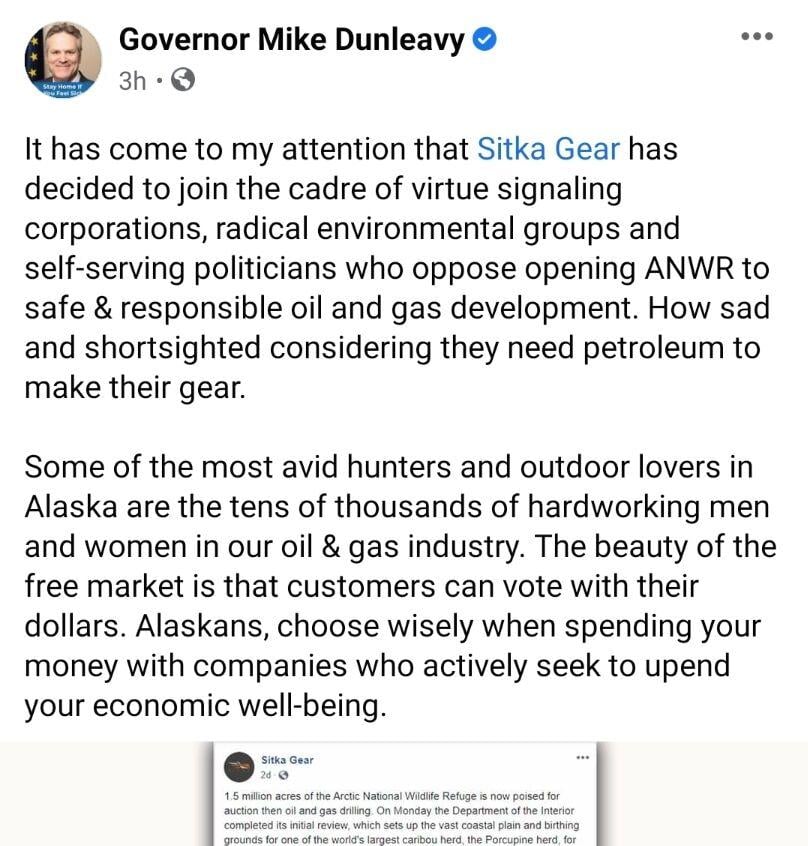 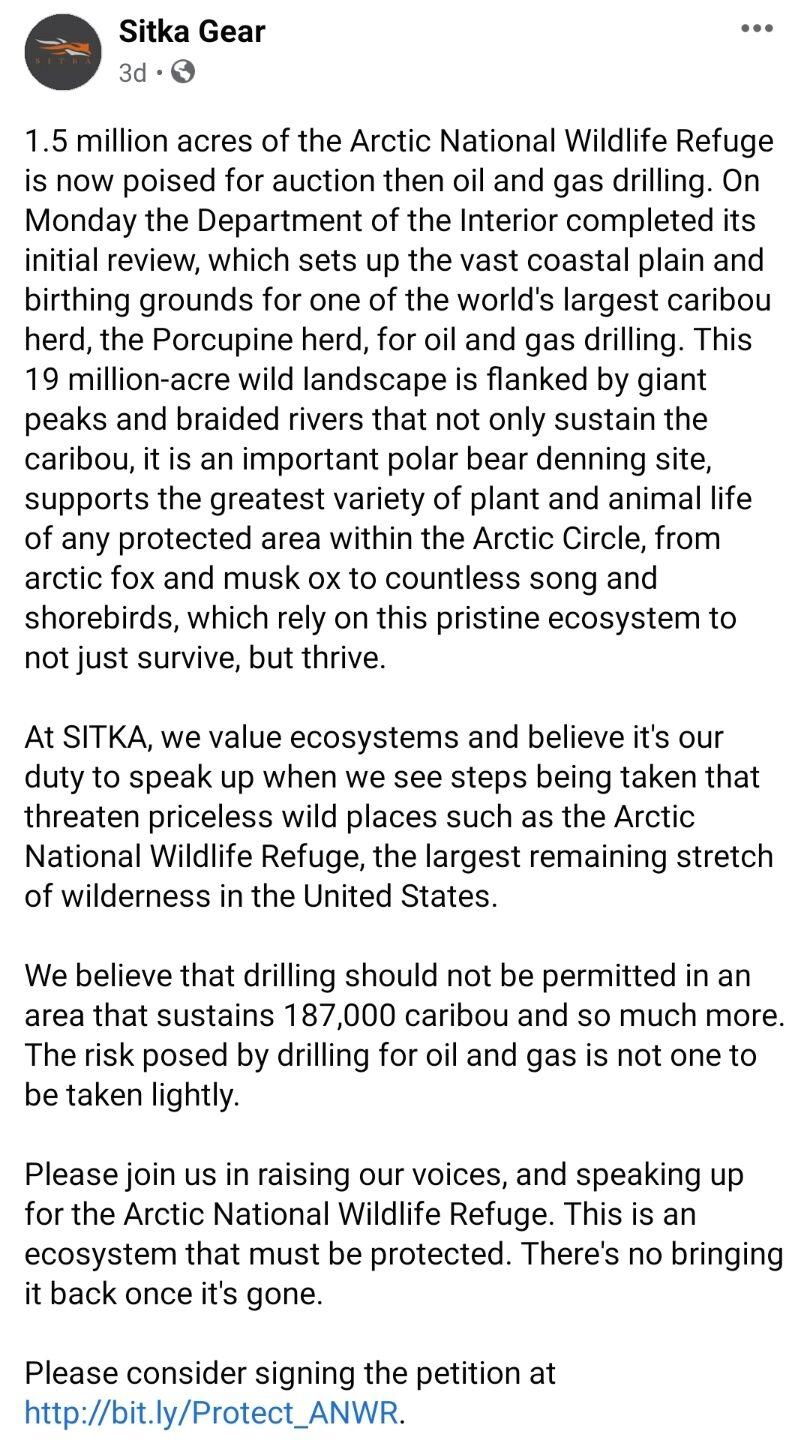 In an ill-advised and potentially illegal move, Governor Mike Dunleavy took to social media to encourage his supporters not to shop at Sitka Gear after the company made a social media post opposing drilling in the Arctic National Wildlife Refuge.

"It has come to my attention that Sitka Gear has decided to join the cadre of virtue signaling corporations, radical environmental groups and self-serving politicians who oppose opening ANWR to safe & responsible oil and gas development," the official Governor Mike Dunleavy Facebook post read. "The beauty of the free market is that customers can vote with their dollars. Alaskans, choose wisely when spending your money with companies who actively seek to upend your economic well-being."

While the petulant proclamation echoes recent ethically repugnant calls to action from the Trump administration (Goodyear, Goya), former Assistant Attorney General Libby Bakalar believes it may have been against the law.

"I think it might be a violation of the Executive Branch Ethics Act for Governor Dunleavy to use his official Facebook page to malign a private business" Bakalar tweeted Tuesday. "Think of it this way: if Dunleavy is allowed to malign a private business just by saying 'ANWR,' then all a public official has to do is drop some nexus to a public issue & thus can drive business to or from a particular enterprise? That can’t be what the EBEA intends/allows."