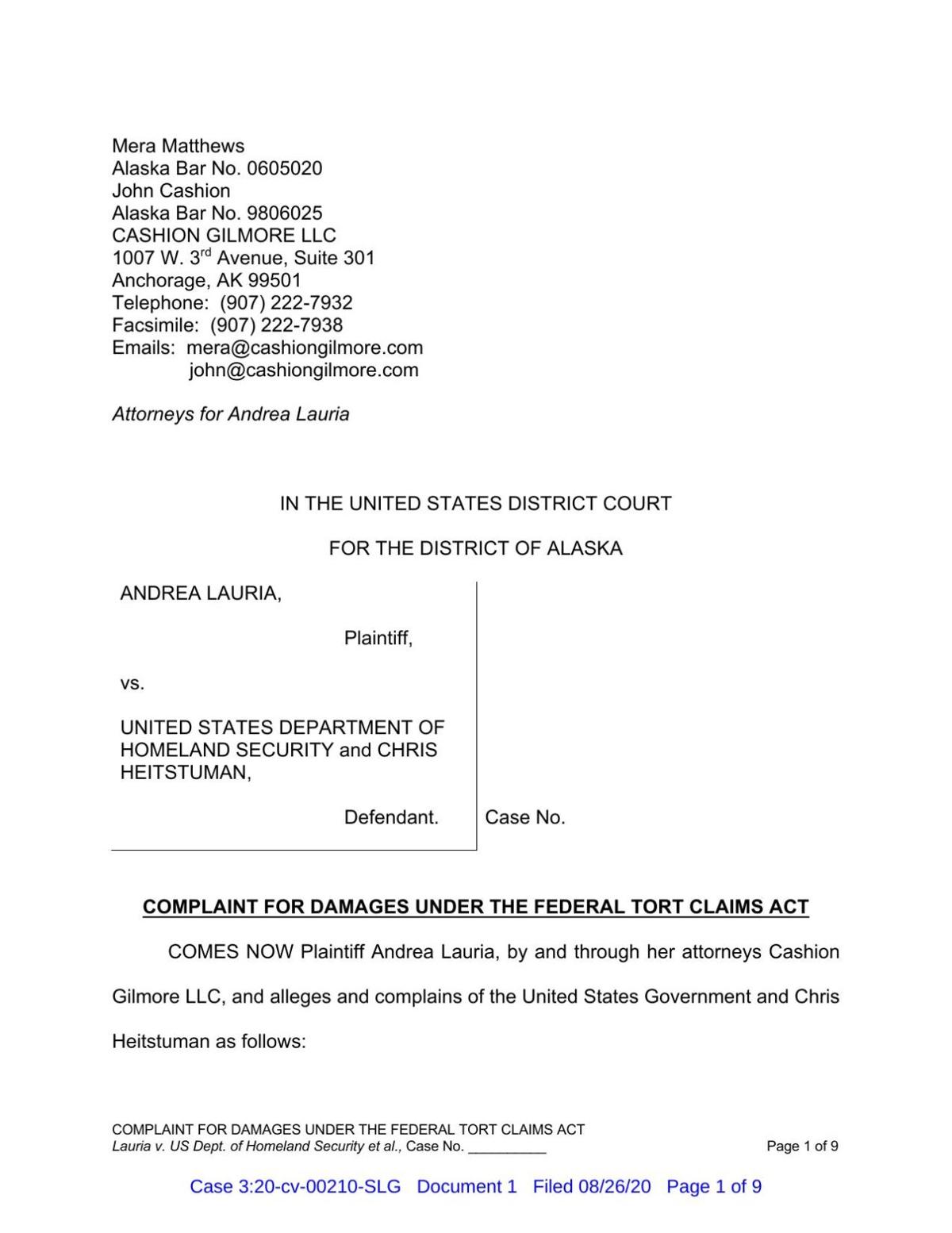 A tort claim filed Tuesday in U.S. District Court that names both the Department of Homeland Security and Officer Chris Heitstuman as defendants seeks monetary damages for an alleged sexual assault that occurred in the fall of 2017.

According to the lawsuit, Andrea Lauria was head of security for the Anchorage Museum in the fall of 2017. On the morning of September 12, 2017, she contacted Anchorage Police Department to assist with a drunk and disorderly person. Mr. Heitstuman showed up in uniform on the pretense of responding to the call. He requested to see video of the incident, which Ms. Lauria said could be viewed on the computer in her office.

Once in the office, Mr. Heitstuman allegedly "forced her to bend forward over a chair, grabbed her breasts, and thrust his groin against her vaginal area, causing pain." The lawsuit alleges that one week later, on September 19, 2017, Heitstuman returned on the pretense of investigating the case: "Heitstuman went to Ms. Lauria’s office where he again forcibly bent her forward and grabbed her breasts and genital area. Heitstuman proceeded to rape Ms. Lauria in her office." The lawsuit alleges that Heitstuman continued to harass Ms. Lauria until she obtained a protective order in October 2017.

The plaintiff, represented by Cashion Gilmore, seeks an unspecified amount in damages and attorney fees.