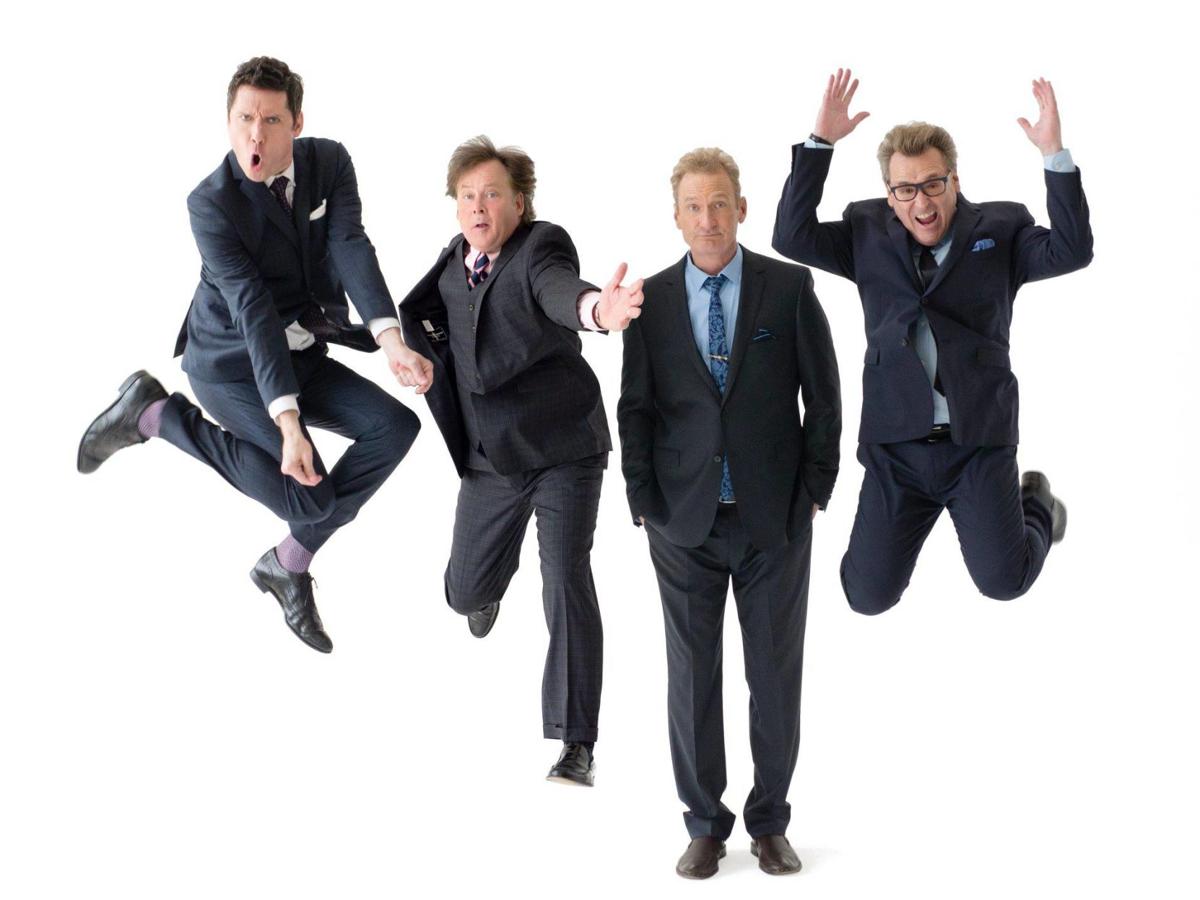 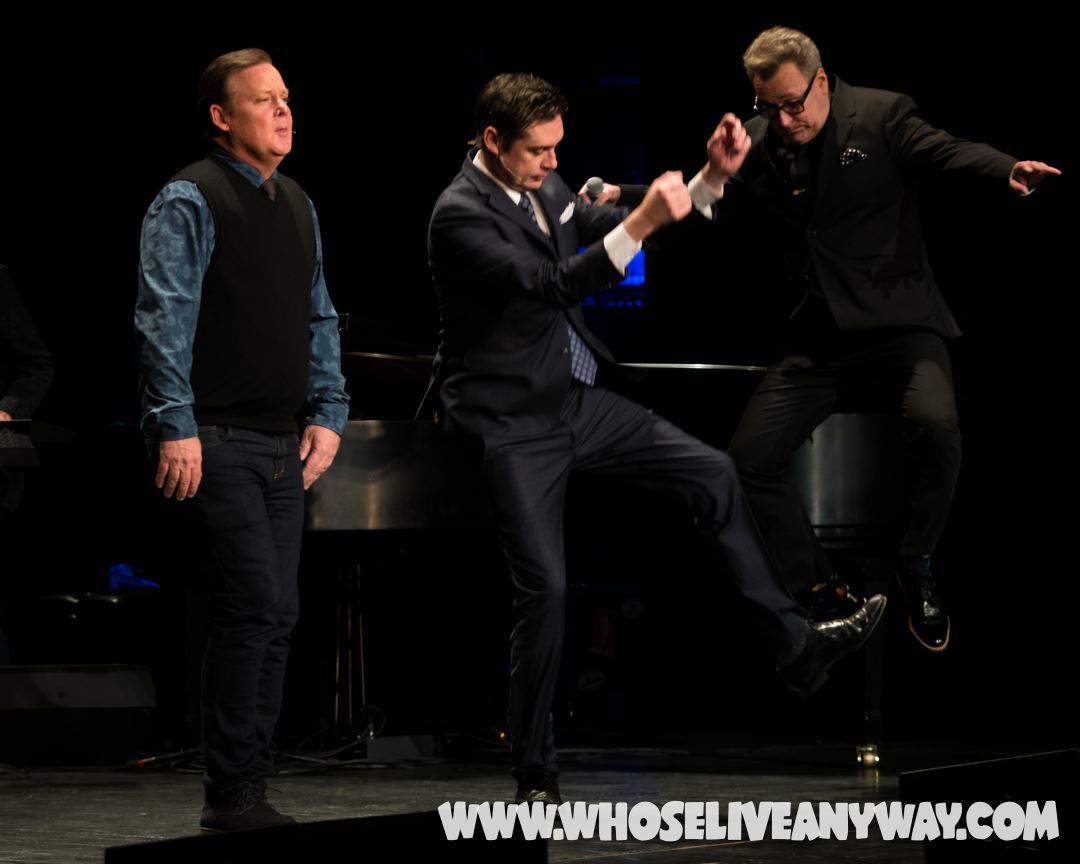 Channel your inner comic and get ready to become part of the witty, gritty, and wild world of the improv comedy troupe “Whose Live Anyway” coming to Anchorage on November 16th to deliver the ultimate hit to your funny bone.

Audiences are sure to recognize the likes of Greg Proops, Ryan Stiles, Dave Foley and Joel Murray, from their slapstick, ball-busting comedy on their Emmy-nominated television show “Whose Line Is It Anyway?” now in its seventh year on The CW with a previous run on ABC, hosted by Drew Carey, from 1998 to 2007.

The comedy troupe “Whose Live Anyway” was formed shortly after the TV show first hit American television, and has being selling out venues across the country ever since. “Swimsuit model Drew Carey started us back in 1999,” said Proops. “Then Ryan Stiles and I split off in a group after that.”

The television show was originally a “punt,” over to the more comically evolved UK television network BBC back in 1988, by hesitant American producers, who failed to understand or appreciate the show’s concept and unique style of humor.

The show, featuring a panel of four performers who create characters, scenes, or songs on the fly, quickly became a British fan favorite. Unsurprisingly, it didn’t take long for the U.S. to steal the ball back along with some of the show’s regular performers, including Colin Mochrie, Stiles, Proops, Wayne Brady, and musician Laura Hall. In the years since, many of the UK veterans have been invited back for special appearances on the U.S. show and the concept remains true to its original format.

Taking the American comedy scene by storm, the improv show continually expands the boundaries of comedy, earning several well deserved Emmy nominations along the way for both for Brady and Stiles, and one Emmy awarded to Brady for ‘Outstanding Individual Performance in a Variety or Musical Program.’

These comedy pros have not only smacked and cracked at each other along with audiences along their touring road, but have contributed their comedic talents to many TV shows, movies, and venues along the way.

“Foley starred in Kids in the Hall and News Radio, Joel Murray has been on the series Mad Med, Dharma and Greg, and Shameless as well as performed stand-up at Second City,” said Proops. “Jeff Davis has been on the ABC version of Whose Line is it Anyway, and we are currently on our 7th season on the CW.”

As for Proops, in addition to being part of the original cast of “Whose Line is it Anyway” and other early career successes in the UK, he has a plethora of noteworthy credits to his name including lending his voice to characters such as ‘Bob the Builder’, Tim Burton’s ‘The Nightmare Before Christmas’, and played half of the two-headed Pod-Race announcer in ‘Star Wars: Episode 1 – The Phantom Menace’, along with Scott Capurro.

Proop’s current projects include hosting the podcast ‘The Smartest Man in the World’ which he records live in locations all over the U.S. and overseas including Paris, London, Amsterdam, Stockholm, Oslo, Helsinki, Sydney, Melbourne, Wellington, New Zealand, Edinburgh, Glasgow, Dublin, Montreal and Bermuda.

After the troupe finishes thrashing Alaskan’s with their funny shtick this weekend some members will take a hiatus to perform in a variety of holiday shows across the globe. “The boys are going to Texas,” said Proops. “I’m going to Glasgow, London and Dublin to sing in a live film Nightmare before Christmas with Danny Elfman, Catherine O’Harr and a full symphony orchestra. Then my wife and I go to Paris to record my podcast at Shakespeare and Co. — the famous bookstore on the Seine. Then I do stand-up in San Francisco for New Year’s.”

As the master class clowns of “Whose Live Anyway” make their way to Alaska for the upcoming show, Anchorage audiences can expect a great deal of “crying, drinking, dancing and laughter,” said Proops. “Then we’ll do the show.”

Proops and ‘the boys’ are excited to be bringing live comedy to Alaskan audiences. He says the ultimate goal is to “bring fun into lives and forget about the world for an hour and a half. “Plus Alaska has recreational marijuana,” joked Proops. “If the show sucks, that’s on you!”

Presented by the Anchorage Concert Association, “Whose Live Anyway” is an all-ages show with mature “PG-13” language. To purchase tickets visit centertix.com. For more information about the show visit www.whoselive.com.