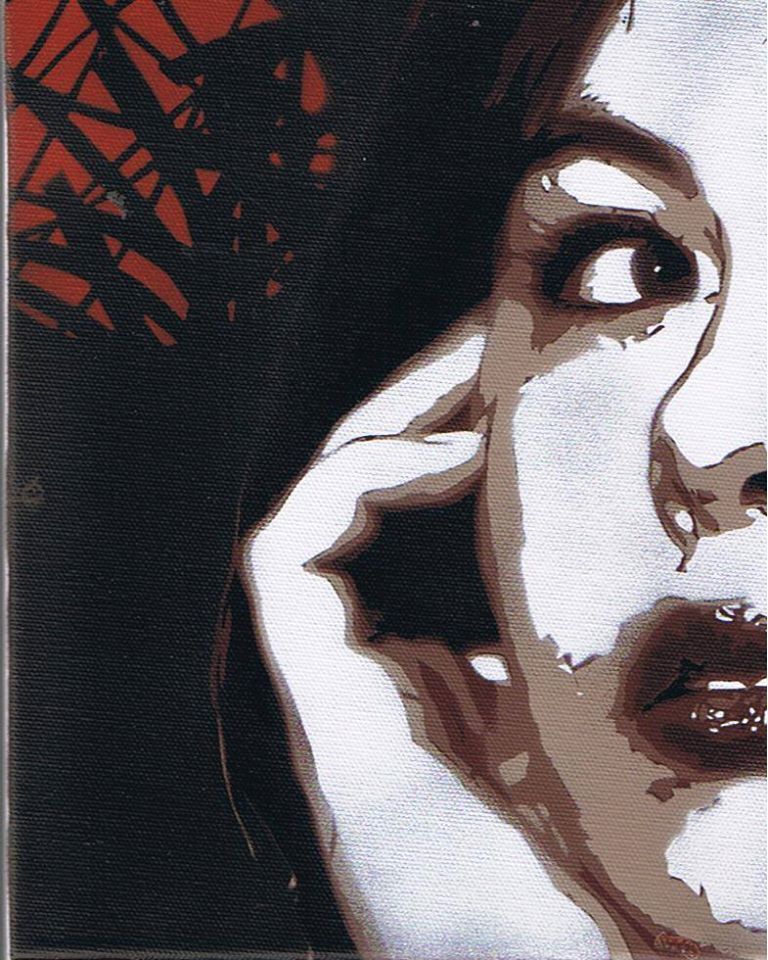 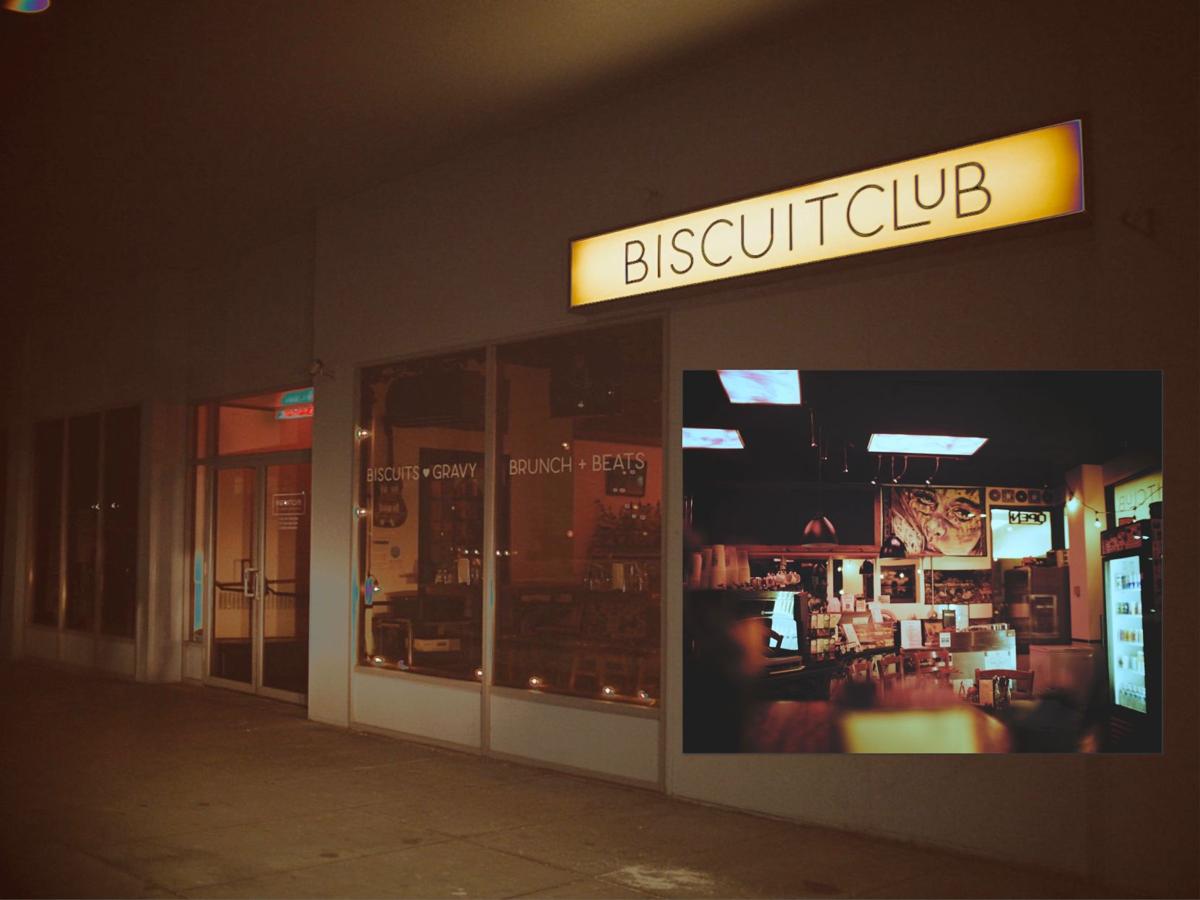 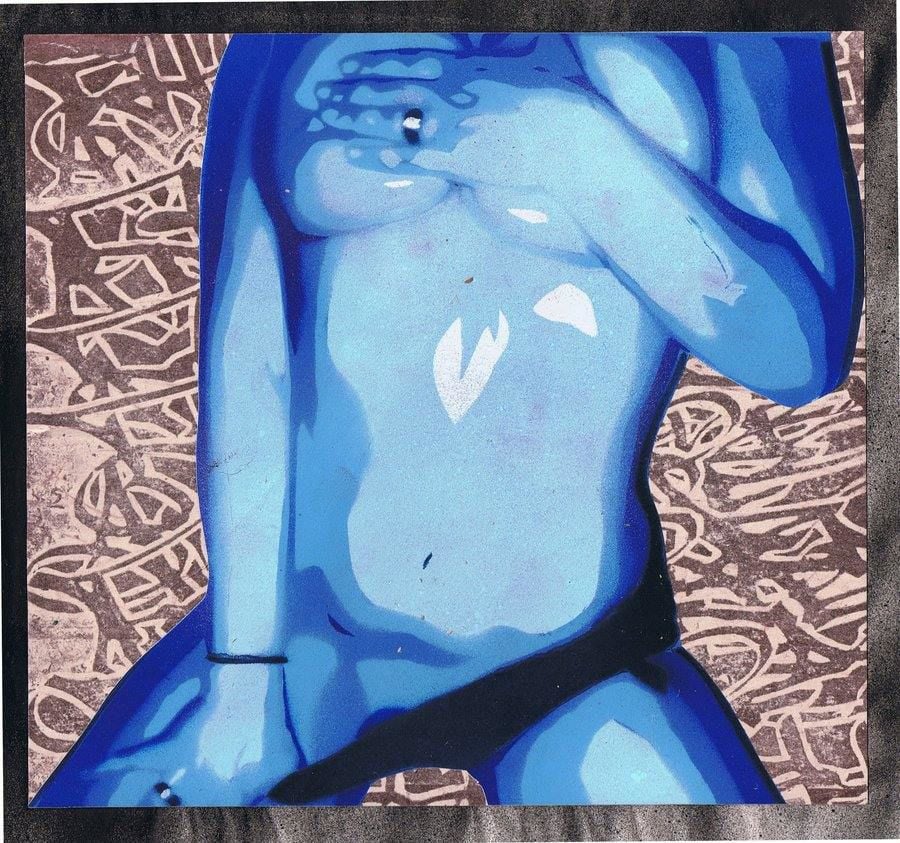 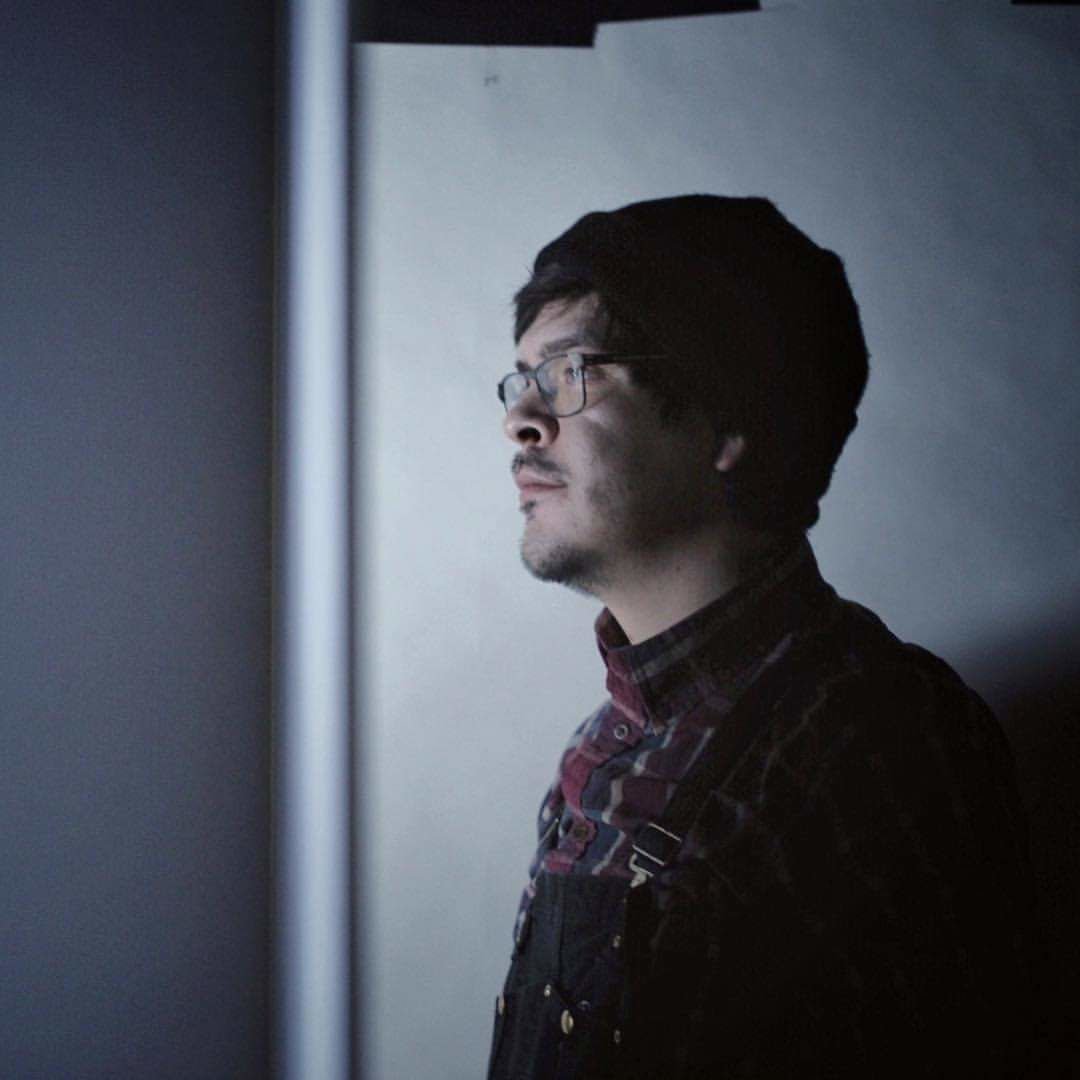 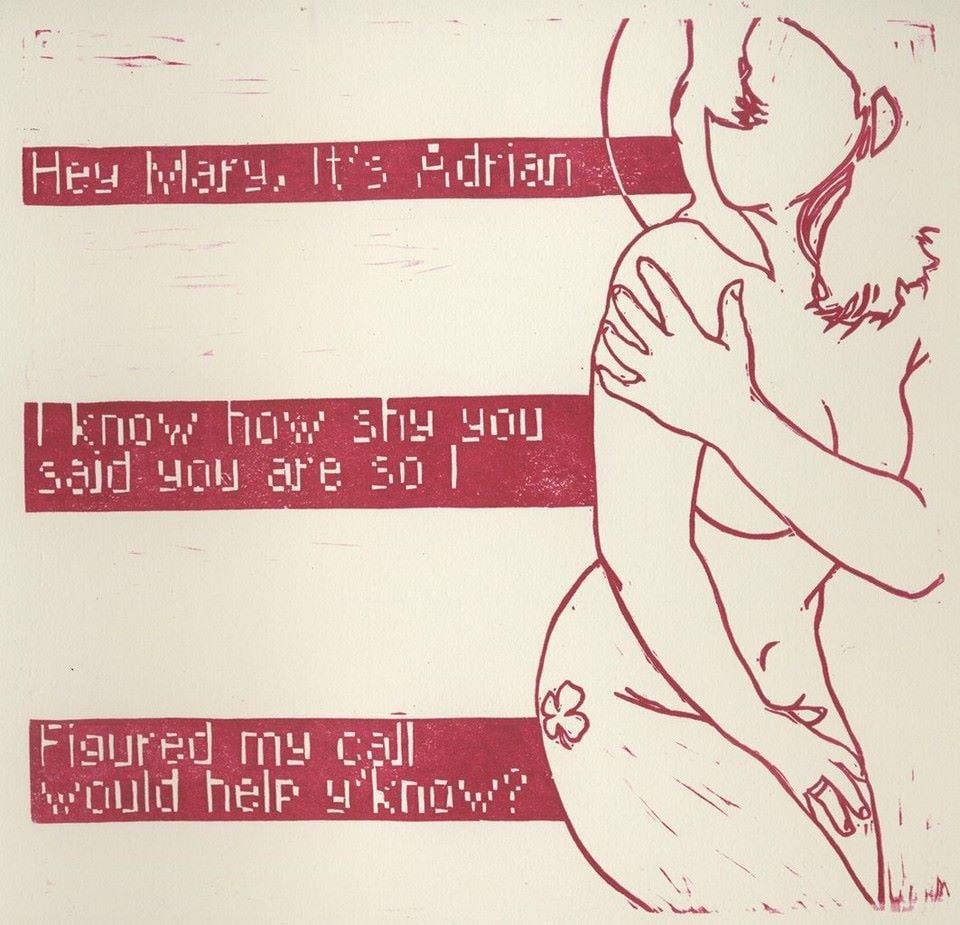 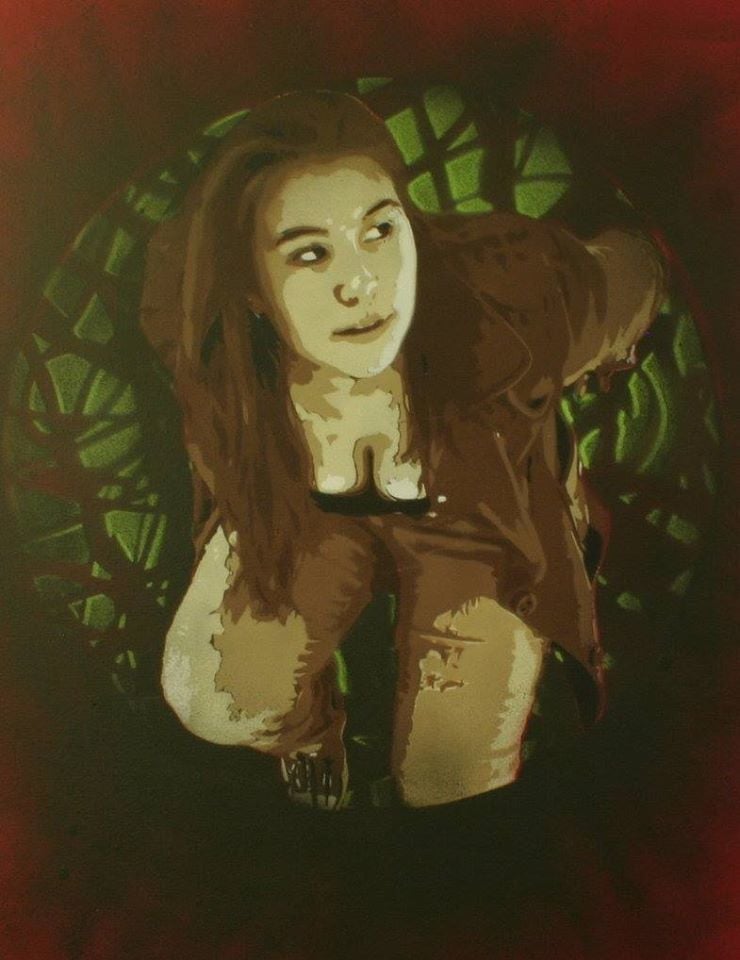 Hip Hop is often confused as a musical genre. The reality is that it's a culture, comprised of 5 pillars; Turntabling, Breakdancing, Rhyming, Beatmaking, Knowledge, and Graffiti. These forms are their own lifestyles in a way, yet still maintain close connection to the societal dialogue Hip Hop puts forth. "The world is a plain full of struggle,” it says. “Adapt to that struggle, and teach your adaptation through artistic expression."

It was originally a way to keep kids in the Bronx away from gang life by offering them something more positive and community-based. It has since transformed into a way of life recognized by those across all borders.

Graffiti in itself has always been presented in a shitty way. Deemed as vandalism, Graf artists risk felony charges if caught trying to "spruce" up a building. This can land you in the same cage as rapists and other violent criminals.

Needless to say, it's tough to argue legitimacy when you're not asking for permission. Granted, I do think felony charges are beyond hefty in relation to these crimes. Still, it's hard to argue with the building owners who now have to pay someone to cover it up.

I think it's a rite of passage type of deal. When you're young, you just want the world to see your craft. No one is offering any other opportunities, so we take them. Eventually the artist grows tired of having to evade authorities. This is when we start to see this style take to canvas. There are many ways to skin a cat as they say. The typical format for doing Graf can be learned from the classic documentary on the subject entitled ‘Style Wars’. Essentially, you start with the filler, then go-to the shading, and you end the piece with the outline.

For a long-time now I've been a fan of local Graf artist William "Lodust" Kozloff. His stylized portraits of women depicted in a seductive manner are quick to catch the eye. His works walks the cliff of objectifying women, but I feel he does it respectfully. He refers to himself as a ‘serial-infatuator,’ merely sharing his admiration with audiences and leaving it up to them to judge.

I found myself dosing up with my typical quad-shot latte at The Biscuit Club. The Biscuit Club is located on the backside of the Sunshine Plaza on 4th avenue. It's in the Blue side of the building connected to the parking lot facing 3rd Avenue. My friend Haleena, owner of the establishment, was excited to share the details on her upcoming artist show for this First Friday.

"He (Lodust) got permission from his Tinder dates to do portraits of them," she said.

Knowing the artist, I couldn't warrant off the sly smile creeping it's way onto my lips. At this point, I felt it best to sit down with Lodust and get the scoop:

Let's knock it out the way. What brought you to Graffiti, as an Alaskan?

When I was a teenager my friends and I just wanted to wreck stuff. Being in the Valley (Palmer) at the time, it was a common theme, my first tag being on the back of Burchell (High School), I think. Afterwards I stuck around because the practice is fun, in a medium that is so competitive. Being a graffiti writer meant you had to grow and get better and be original. Afterwards I calmed down and was still bored so I started working on street art, painting pictures of my friends and thinking that I was into this whole art thing that people were talking about. I like to show off and I love it when my friends were stoked to have portraits done so I just kept doing them. Here I am now.

Your depiction of women... I think could go both ways. I think you depict women in a manner that's positive. Has women always been your main focus as far as your artistry goes?

Almost all my friends are women, I was raised by women, I found camaraderie with them, so it was a natural progression. I usually think representative art is collaborative. Usually I'll call or hang out with someone, we plan out a piece or series together, then as I work I send progress shots to them for more ideas. Or sometimes to boost both of our egos, whichever. I can't work with people I don't know usually and honestly don't have any interest in doing so. My work is usually about myself, but having my friends and loved ones represent the ideas or myself or whatever.

In this age of Internet infamy, I think this show theme matches the current tone of the dating community brilliantly. Where'd the Twitter-date concept brew from?

I kept making jokes about wanting to make an art show that you could only see on Tinder, and, honestly, I have a hard time maintaining some relationships without art work being the catalyst, so drawing or painting Tinder matches is a way to keep me engaged and active and it does skip some of the small talk that I'm not great at. Anyways, I'd hang out with the Biscuit gals and talk about dates or girls that I got caught up on or whatever. And I even talked about making Tinder art but was worried that the galleries (that sometimes think I don't take things seriously anyways) wouldn't be interested but Haleena offered and I took it. It's been a lot of fun planning things with Haleena and Jen and it's also helped me reflect on what it is to be finally dating again and process everything. We want to blur some lines here and usually when people do work about technology it's about how it's ruining culture or making us into mindless McDonalds zombies with an outlet plug in our head or whatever. That's boring and basic, I want to do something funny and positive and optimistic.

Tell me a bit about your relationship with the Biscuit Club.

I kind of answered this but long story short, my buddy Bisco (the best street artist in Alaska) shot a gig at me with Tommy's Burger Stop, I met with Haleena and she put me to work a couple of times; she's been great to work and hang out with so when I found out she bought Biscuit Betties, turning it into Biscuit Club, I immediately became a regular. Also biscuits and gravy are my favorite food, so that helps. She lets me hang out, drink coffee and draw for hours at a time, so it's been my natural environment to work lately.

Anything you'd like to share with our readers. Maybe something to be taken into consideration before attending? Just a touch of perspective can go a long way.

As I mentioned, the point of this show is to have fun, talk about love and dating, and it let's me make work about all the beautiful, smart, and funny people that have let me adore them. Not everything ends perfectly but I still want to make sure I talk about how great it's been to spend time with them. I'll be writing little love letters to everyone. I guess as a viewer the show is kind of voyeuristic, and maybe relatable, but hopefully everyone enjoys the show or the concept or the food.

Well, there you have it my friends. Don't forget to check the February display out at The Biscuit Club, located on the backside of the Sunshine Plaza at 333 West 4th Avenue.