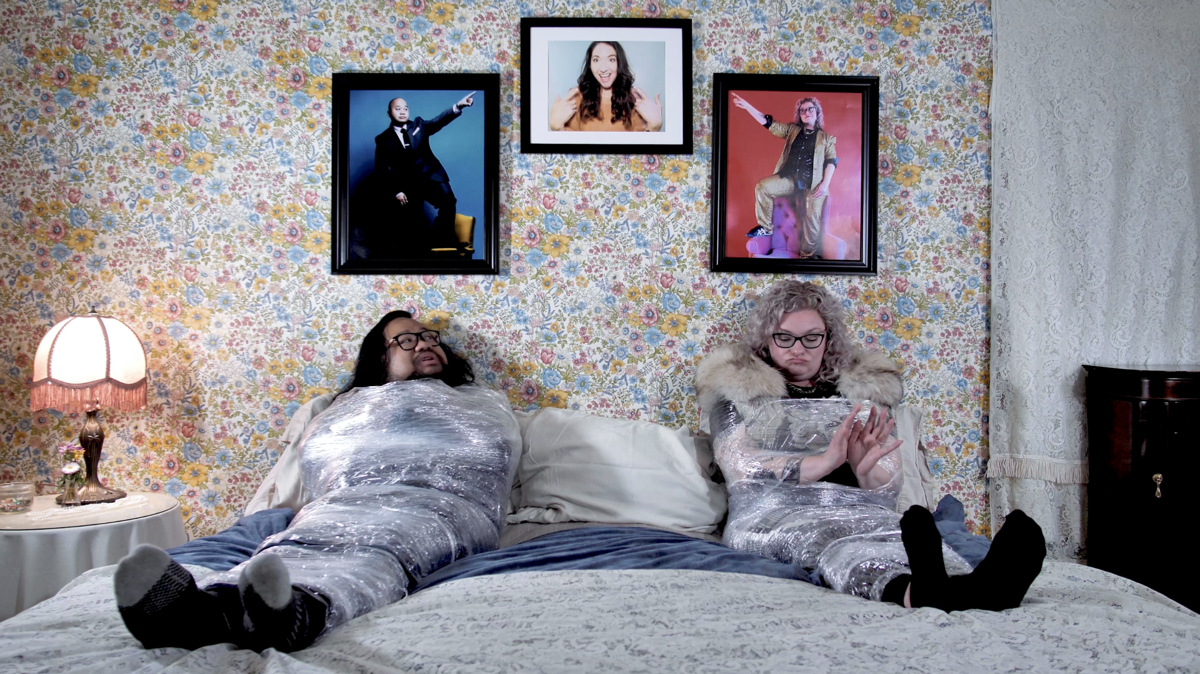 Matt Jardin and Megan Hellenthal in a scene from episode 6 of their show 'Matt & Megan & Mike Don't Give a Fuck', which premieres Saturday night with a party at Van's Dive Bar. All episodes can be streamed at mattmeganshow.com 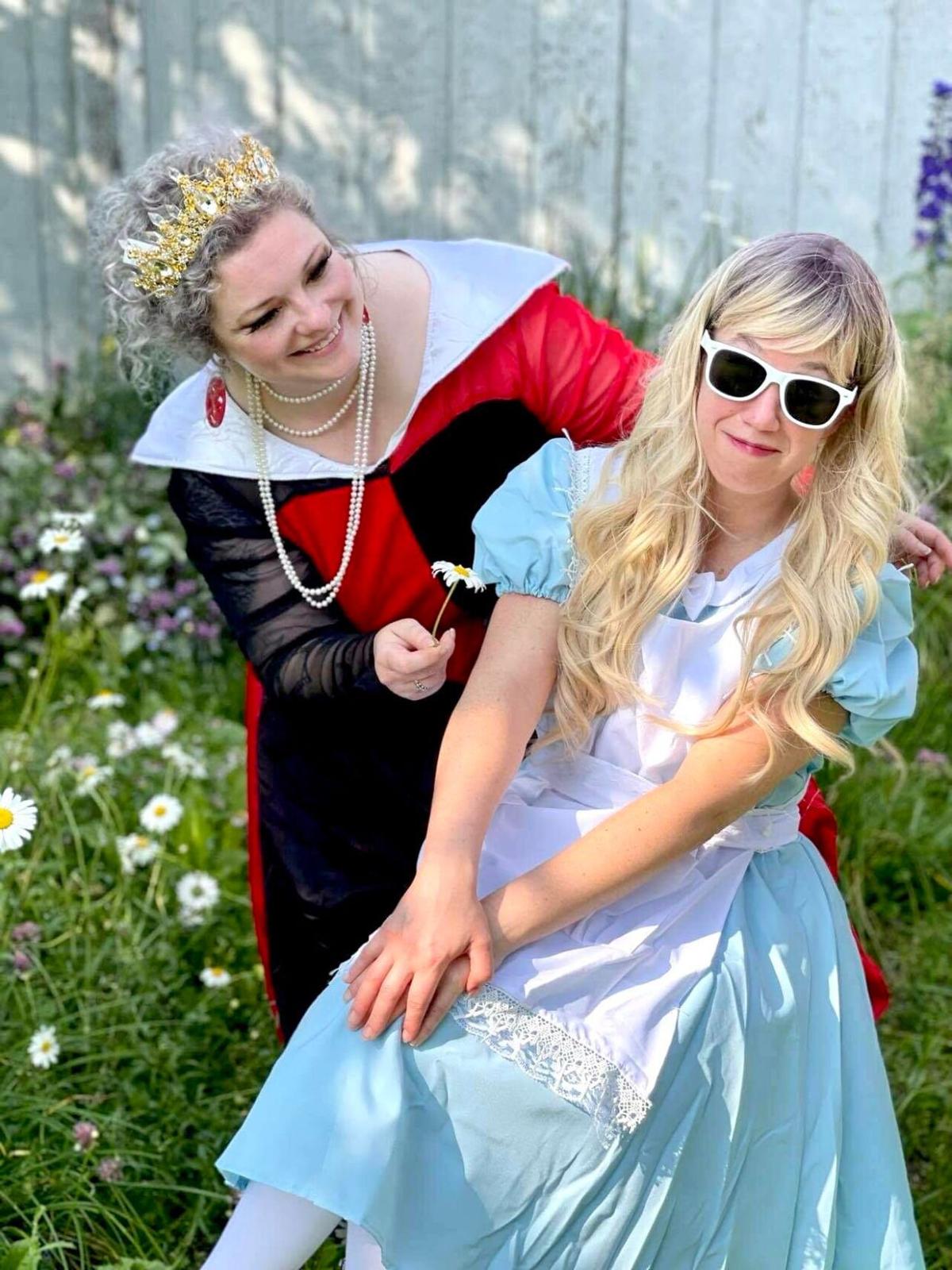 Matt Jardin and Megan Hellenthal in a scene from episode 6 of their show 'Matt & Megan & Mike Don't Give a Fuck', which premieres Saturday night with a party at Van's Dive Bar. All episodes can be streamed at mattmeganshow.com

It’s become fashionable to the point of trite in recent years to casually assert that you ‘do not give a fuck,’ or, ‘give zero fucks’, or in social media and text message circles that you do not ‘GAF.’

In most cases the communicator of these phrases is indicating that they are too cool, too busy, or too important to care very much about the issue at hand, and furthermore that they are locking down the right to use the most verboten, commonly used curse word at their fucking pleasure, leisure and discretion and if you don’t like it you can go fuck yourself because that’s how many fucks they give about your puritanical fucking mores.

But what does it really mean to say you ‘give zero fucks’?

Probably the piece of art most affiliated with this philosophical movement is the book ‘The Subtle Art of Not Giving a Fuck’ by Mark Manson, a life coach and author who was best known before the 2016 mega-bestseller for being, more or less, the thoughtfully sensitive pick-up artist’s guru.

It’s not a bad read but it’s basically a primer on Zen Buddhism conveniently using the phrase ‘not giving a fuck’ interchangeably with Zen.

As a pick-up artist, Manson is necessarily cognizant that the real value in ‘giving zero fucks’ is appearing as though you give zero fucks more so than you actually do — or don’t, as it were. Undeniably women are attracted to bad boys, to assholes, to guys who seem like they just don’t care, because, the evolutionary argument would go, these men are showing that they actually have their lives and everything around them under control, which, if you think about it, is the total opposite of ‘not giving a fuck.’ While this is an initial point of attraction, few women actually want to be ignored or treated like shit by their partners, and yet Manson’s book — and the usage of the ‘giving zero fucks’ philosophy in general — is that it’s a cure for the human condition, and not itself a reflection of human frailty.

To understand what people actually mean when they say they ‘give zero fucks,’ you have to first determine whether they mean that state of mind is a sickness or the cure. In the case of Manson’s book and the vast majority of usages, ‘giving zero fucks’ is treated as a cure.

One shining exception to this trend is being created right here in Anchorage in the streaming sitcom ‘Matt & Megan & Mike Don’t Give a Fuck’, which returns to interwebs TV with its sixth episode Saturday night in a launch party at Van’s Dive Bar.

The creation of local funnypeople and longtime friends Matt Jardin — whose profile you see plastered on PeopleMovers all about town — and Megan Hellenthal, Matt & Megan (the inclusion of the phantom Mike really just throws off the rhythm) Don’t Give a Fuck, considers its self a mashup between ‘It’s Always Sunny in Philadelphia’ and ‘Broad City’.

But unlike ‘It’s Always Sunny…’ which starts with a foundation of fundamentalist nihilism and builds around characters who truly give zero fucks, ‘Matt & Megan…’ is quite different and uniquely so.

The show’s first episode, called ‘Intervention’ centers around a real-life event encountered by the show’s stars.

“That’s basically the premise of the first episode,” Jardin added. “An intervention for someone who had a real problem and that became indicative of all of our episodes — a riff on shitty jokes that one of us had made and we just force it.”

But while the behavior of the Matt & Megan characters in the pilot was irresponsible and giving the appearance of ‘giving no fucks’, it actually came from a moral grounding that blossomed in Episode 2, entitled ‘Matt & Megan Strike it Rich’, wherein Matt, wearing a lucha libre mask, shoots dead a superhero who had just halted an armed robbery outside the PFD building on 7th and F.

When Matt returns to Megan with the largesse, the duo immediately begins to stress about how to best spend the money — how to act appropriately rich. Drinking champagne on golf courses only entertains them for so long before ennui sets in and they begin kidnapping homeless people from the streets of Anchorage and turn them loose on a golf course where our heroes take aim at them with crossbows. When even that doesn’t suffice, they call on one of their ‘rich Republican friend,’ interrupting her from a duel in City Square, and learning from her that it’s passé to prey on the poor — no, a rich person doing it right preys on the middle class because they ‘care more.’

Not even 8 minutes in and this episode has already said a mouthful about wealth and class and the great equalizer that is boredom.

In the same way that Seinfeld said it was a show ‘about nothing’ but was actually about everything, ‘Matt & Megan Don’t Give a Fuck’ is a show about characters who actually care a lot and display that care with irresponsible behavior. In other words, Matt & Megan starts with the premise that the state of mind of ‘giving zero fucks’ is the sickness suffered by the characters, not the cure. Their irresponsible behavior is their attempt at finding the cure for their apathy.

“We are two of the most giving-a-fuck about not giving a fuck fucks,” said Jardin, who added that the show is basically Seinfeld ‘if the only two characters were Kramer and George’. “I pretty much think the show gives us license to pretend we don’t have crippling amounts of anxiety and depression and play it out in really expensive fantasy situations.”

After a nearly two year hiatus thanks to coronavirus, ‘Matt & Megan’ are back with their sixth episode, premiering with a launch party Saturday night at Van’s Dive Bar. There the cast and crew will be joined by music acts including Drew Erickson, Alaska Thunder Funk and longtime Anchorage pop-punk artist Saucy Yoda, whose latest video ‘Mothership’ has become a Tik Tok sensation, garnering nearly 1 million views and dances of homage. Hellenthal appears in the video and helped produce it.

“The song is a post-surrealist revolutionary take on the juxtaposition experienced by a girl in a farming town in Illinois and it’s kind of a metaphor for getting dressed up, getting high and... “ Hellenthal said before the wave of bullshit crested and overtook her sober countenance. “... we don’t really know what it’s about, but it’s fast-paced and visually appealing.”

Melodie Langer, aka Saucy Yoda, said she’ll be playing a full-set to headline what should be an exciting night of music and comedy at Van’s.

“We’ll be doing a couple new live songs at the show and one of them will be new to everyone’s ears,” said Langer, who also wrote and performed the theme song for the Matt & Megan show. “I have a new, full album I just need to finish recording but there will be a lot of songs I’m playing this weekend from that album, and we’ll be releasing this hoodie that my buddy Kurt illustrated.”

For Matt & Megan, the latest episode is a bit of a departure from the first five, embracing the meta concept of them existing in their world as celebrities from the success of their show who have let all the attention go to their heads. Conflict comes in an homage to the Stephen King film ‘Misery’ with well known Anchorage actor of stage and screen Danielle Rabinovich giving her take on the Kathy Bates character of Matt & Megan’s ‘biggest fan.’

“We’re that author; we’re trapped in the bed as the esteemed creators of Matt & Megan Don’t Give a Fuck,” Jardin said. “We’ve been trying to get Danielle on a bunch of episodes but the timing didn’t work out. She’s been acting for real in stage productions and she’s amazing. It just became a habit of let’s see if we can get Danielle. We had the Misery character and she was on the top of our list. She happened to be available and that’s how we got her. I like to think it’s something that’s fun for her as well.”

Another impressive feature of Matt & Megan is the quality of its cinematography.

“Meg and I already knew each other from filmmaking and somehow we were able to trick people into these episodes — really professional filmmakers who do it for their day job — and trick them into using their equipment and shit, which is great because we can’t really afford to pay people; all we can really do is feed people,” said Jardin, a founding member of the 24-hour Film Royale project. “It’s great to be able to riff with someone like Meg and also collaborate and actually finish it with someone.”

“And we’re not just talking about orgasms,” Hellenthal said. “We’re both responsible in the sense that we get things done.”

All ‘Matt & Megan’ episodes can be found on their webpage mattmeganshow.com, but no longer on Amazon Prime.

“We were on YouTube, then Facebook and then we found out indie filmmakers can get on Amazon Prime so we did that,” Jardin said. “But 2 or 3 years ago, Amazon Prime started kicking off independent content. I don’t think they needed the indie content anymore since they’ve got a lot of real shows on there now. Maybe it was about server space. We didn’t have the traffic to justify us being on there for free, they said. So we got kicked off Amazon and I kept trying all these loopholes and we hacked our way back on, but for whatever reason it won’t be on for free, so episodes will be on Prime for like 99 cents an episode, but you can launch it totally free. The Amazon Prime thing is just something to say.

Jardin and Hellenthal said the pandemic provided plenty of opportunity to write and plan future episodes, which undoubtedly will be found on their website, Facebook page and YouTube — unless they hit it big and get picked up by Hulu, Peacock, Paramount-plus, or a pack of traveling carnies.

“We could give the Matt & Megan answer and let it go to our heads. I will not hesitate to let that success go to my head,” Jardin said. “But what would it look like? Honestly, the best scenario is to be able to do these unfettered…”

“If you’ve all of a sudden gotta write for other people? Fuck that,” Hellenthal piped in. “Buuuut, if there’s any big donors who don’t want any control of the show out there…”