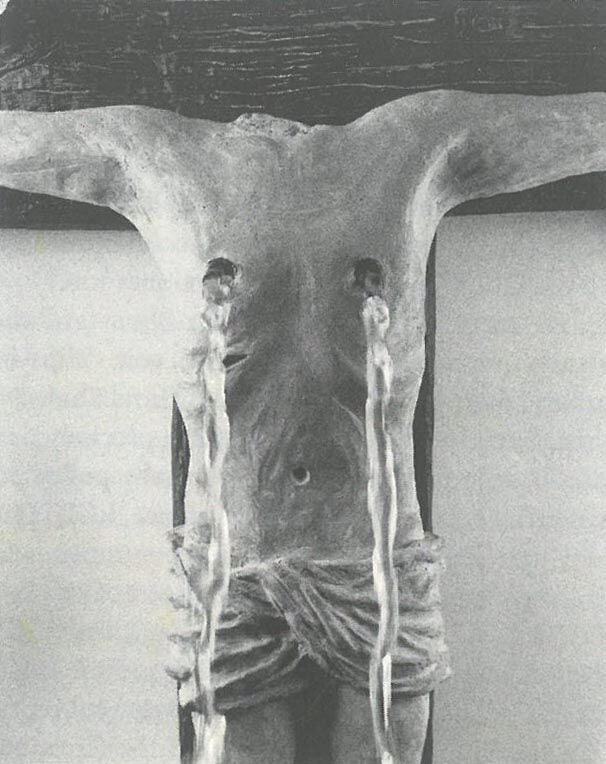 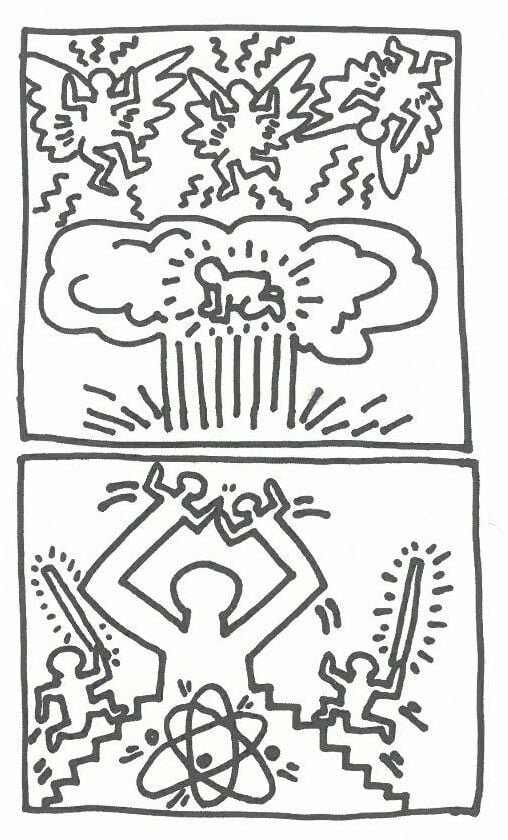 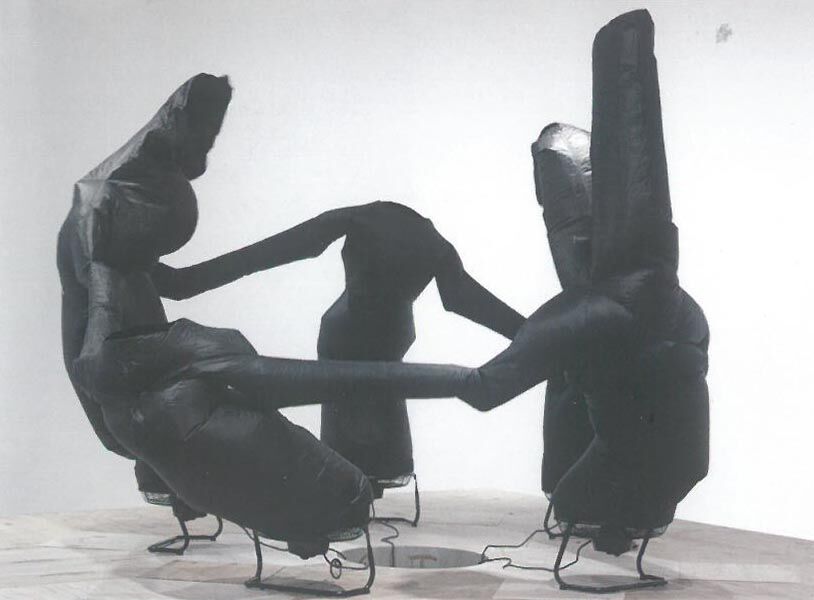 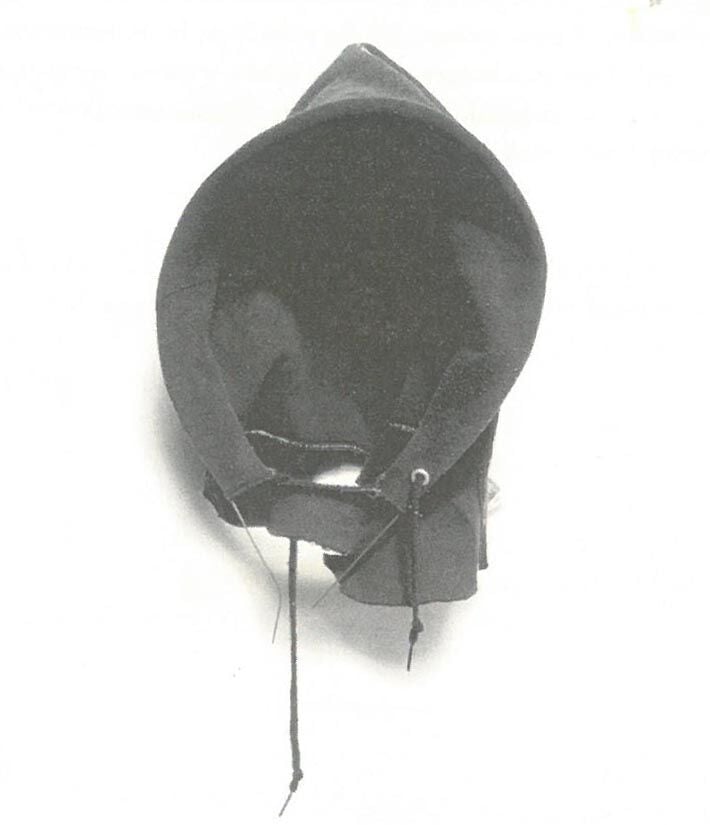 ‘Ding Dong, the Witch is Dead!’ and Biden gets to clean up the tornado, fallen upon an already splintered United States.  Two books: ‘What Comes After Farce’ by Hal Foster and ‘Haring-isms’ edited by Larry Warsh, depict art made in the age of a divided nation, when lying became the new normal. Both books present keen insight into us as a people, and surprisingly positive aspects.

‘What Comes After Farce’

Hal Foster art critic and historian, writes, “Hegel remarks somewhere that all great world-historic facts and personages appear, so to speak, twice.” Foster elaborates that the first time is tragedy, the second time is farce. He references Napoleon who seized dictatorial power in 1799. Then in 1851, his nephew Napoleon III grabbed power again because, “the bourgeoisie was only to ready to ditch its democratic values---‘liberté, egalité, fraternité’—if doing so meant that it could retain its economic domination (vii).” While readers can debate what the first US tragedy was in modern times, the latest has been the Trump presidency. Foster’s book is a treasure chest of aesthetic examples which pose as many questions as answers about how humans bribe and torture each other for power, then twist narratives to make themselves look good. He points out, “After 9/11 the Bush administration operated as if under the aegis of the wrathful Christ: (15)” and thus was easily able to convince Congress to go to war with revenge as justification.

Robert Gober’s ‘Untitled, 2003-2005’ is a decapitated, crucified Jesus sculpture in concrete. Religion in America is often a trope to justify wrongdoing, sell products and make evangelists rich—‘Godfare instead of Welfare’ (15). Foster recalls Cecil B. DeMille had Commandment tablets placed in public spaces to advertise his 1956 blockbuster ‘The Ten Commandments’ (14). Religion even sells Hollywood. However, Gober  pushes viewers to see the absurdity of employing religion for socio-political purposes. Foster on ‘Untitled’, “The acephalic Jesus is a crucial touch, for it condenses a mess of associations—reminders of beheaded hostages in Iraq as well as the hooded victim at Abu Ghraib, and, behind both images, the figure of America in the guise of Christ the righteous aggressor, the one who kills in order to redeem (16).” Trump seized upon religion in order to capture born-again Christian votes. His response to left-wing protesters, outside the 1816 classical St. John’s Episcopal Church, was to behave like a wrathful god and spray them with tear gas while clutching his unread Bible-- marrying church and state to fuel his MAGA base.

David Hammons’ ‘In the Hood, 1993’ is a severed bonnet from an actual sweatshirt. Hood, of course, is the abbreviation for poor neighborhoods, mainly inhabited by non-whites. Although sweatshirts are worn by all classes, the garment has become associated with gang clothing. Since the onset of Coronavirus, Comedy Central’s Trevor Noah rotates multi-colored hoodies as his stay-at-home television uniform.

Paul Chan’s ‘Pentasophia, 2016’ became a trope for Trump-ian farce, especially his mandates for the US/Mexican border and his refusal to acknowledge Climate Change—the list goes on. Made of billowing nylon and muslin, sculptures resemble figurations or garbage bags depending on how electric fans underneath them blow. Foster writes, “It is hard to shake the feeling that they are people become refuse, life stripped bare, or, conversely, the cast-out reanimated by fear and loathing, lumpen proles eager for the next fascist call to arms (38,39)”. These undulating masses are reminiscent of fan-blown characters dancing in front of used-car lots. Gallery art and commercial Kitsch merge, as it does with the art of Keith Haring.

While many artists address societal ills using brash colors and jagged-edged materials, Keith Haring (1958-1990) used colorful cartoon personalities. Haring--“Whether it’s on canvas, or on an object, or a carved piece of wood or whatever this thing is, it’s this transformation of these raw materials by a human spirit or a human thought (24).” ‘Haring-isms’, part diary, part chronology, is only 4x5 in. but packs an amazing punch about the life of  Haring, until  his untimely death from AIDS at 31.  Haring was a run-of-the-mill high school student in Reading Pennsylvania, trying to fit in. Haring--“I became a little Jesus freak, and my parents were appalled (4).” A brief stint at Pittsburgh’s Ivy School of Professional Art convinced him commercial art was not his thing. Haring--“I had always had this interest in finding interesting garbage or found objects (9).”  So he trotted off to New York City and briefly enrolled in the School of Visual Arts. Haring--“Very rarely is any of the work planned out ahead of time or done in a sort of rational or systematic way to reach a particular goal (17).”  Haring started drawing with white chalk on subway train blank advertising spaces, while handing out pin-badges of his imagery. Haring—“I’d been attracted to graffiti for its energy and its publicness—the way it gets into the culture and people (50).” He opened several Pop Shops selling his novelty items (today, www.pop-shop.com).

By 1982 (age 24) international galleries wanted his art; he continued to do graffiti.  Haring--“There is no difference for me between a drawing I do in the subway and a piece to be sold for thousands of dollars….The use of galleries and commercial projects has enabled me to reach millions of people whom I would not have reached by remaining an unknown artist. I assumed, after all, that the point of making art was to communicate and contribute to a culture (111).”

In 1985, AIDS became a Global Pandemic. Haring--“AIDS has changed everything. AIDS has made it even harder for people to accept, because homosexuality has been made to be synonymous with death (82).”  Unlike Coronavirus, which Trump continues to down-play, AIDS had the additional stigma: God’s Judgment placed upon those who were engaging in illicit sexual acts. Before his death Haring established, “Keith Haring Foundation with the mandate to provide funding and imagery to AIDS organizations and those that support marginalized youth, and to continue to expand the audience for his works (142).” Over a thousand people attended his funeral at Manhattan’s Cathedral of St. John the Divine (144). Haring--“[My figures] don’t have a race; they don’t have an age; they don’t have a sex. They are more signs for humans which in a way are basically all of the same quality and the same importance and that there doesn’t have to be separation (36).” Let’s hope with the elected Biden/Harris presidential team we adopt what Haring often wrote on the back of his artworks—‘endless love’ (xiii). Haring--“Art lives through the imaginations of people who are seeing it. Without that contact, there is no art (57).”