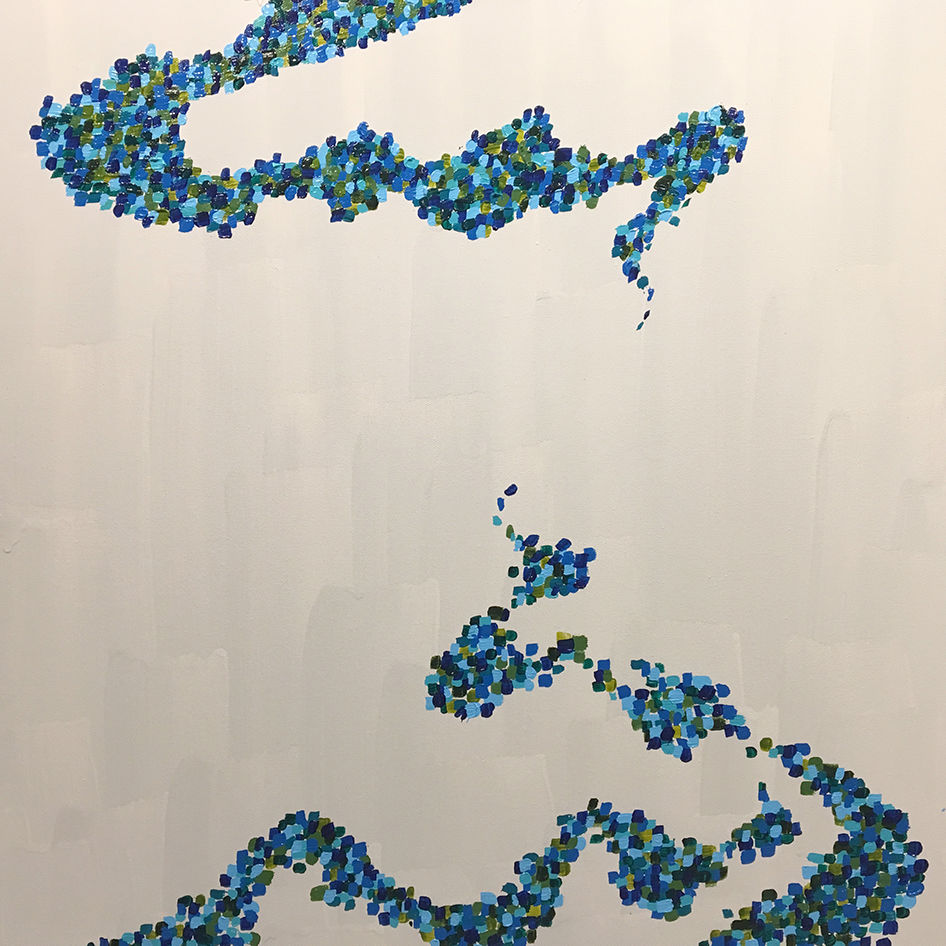 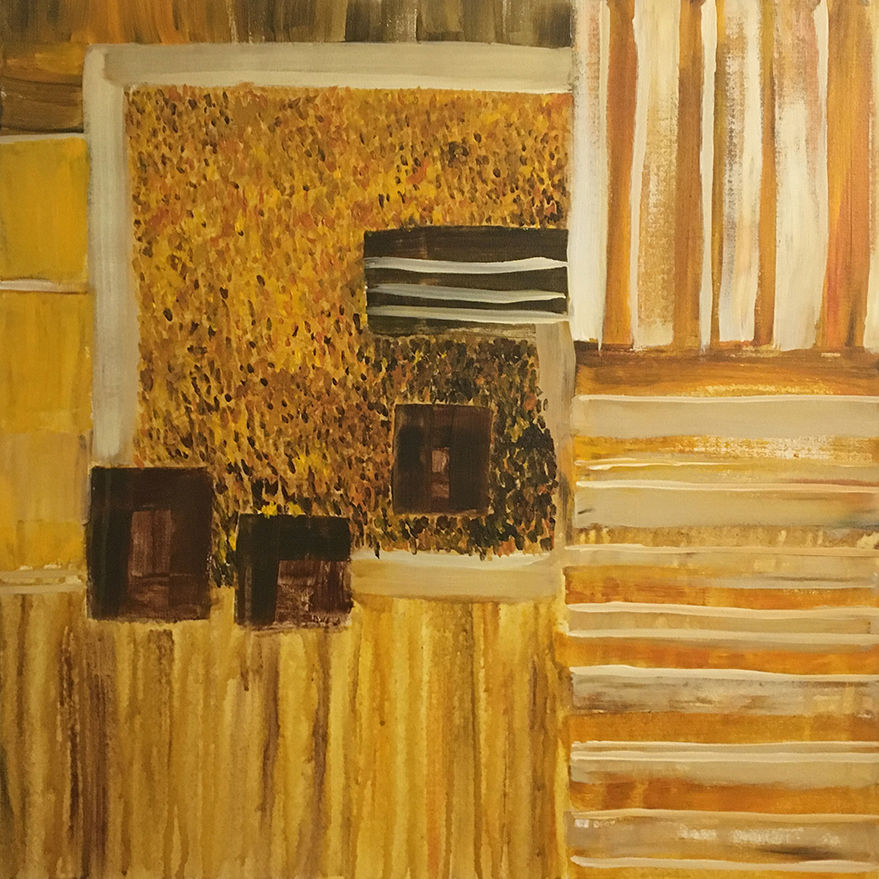 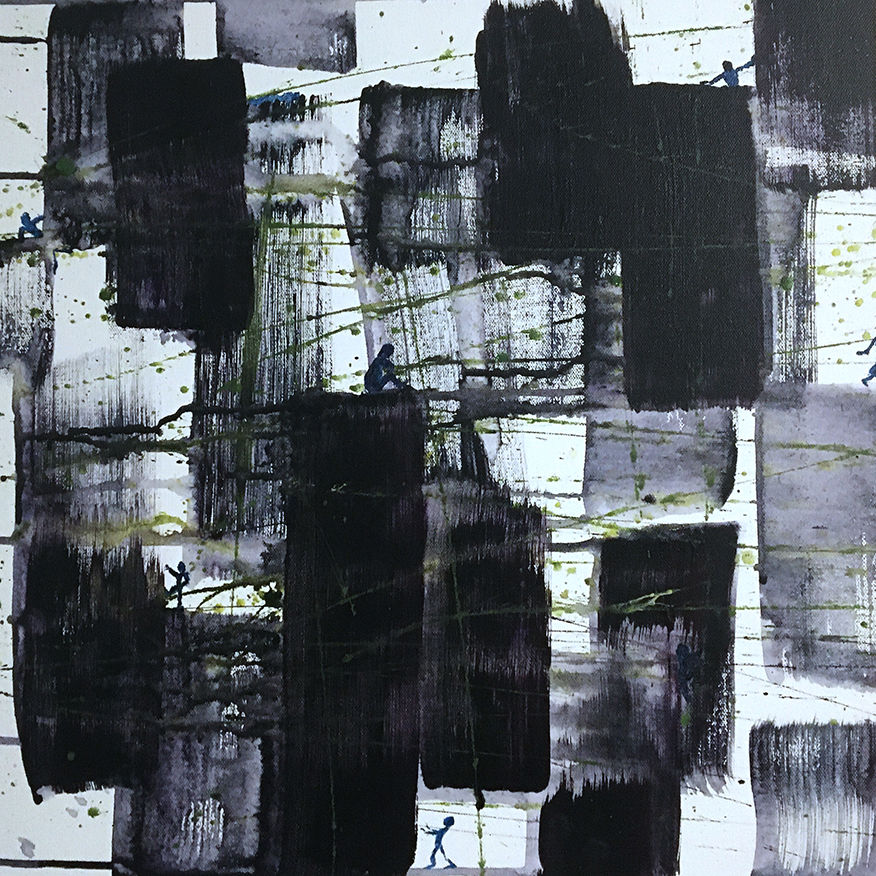 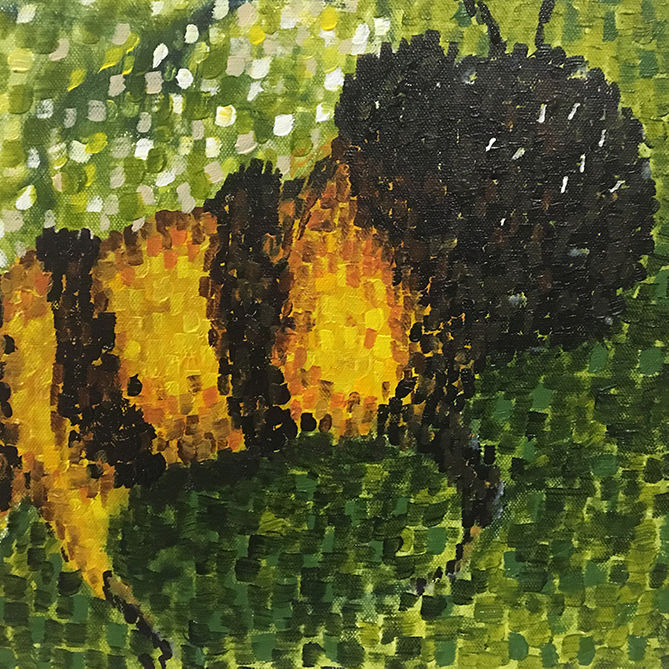 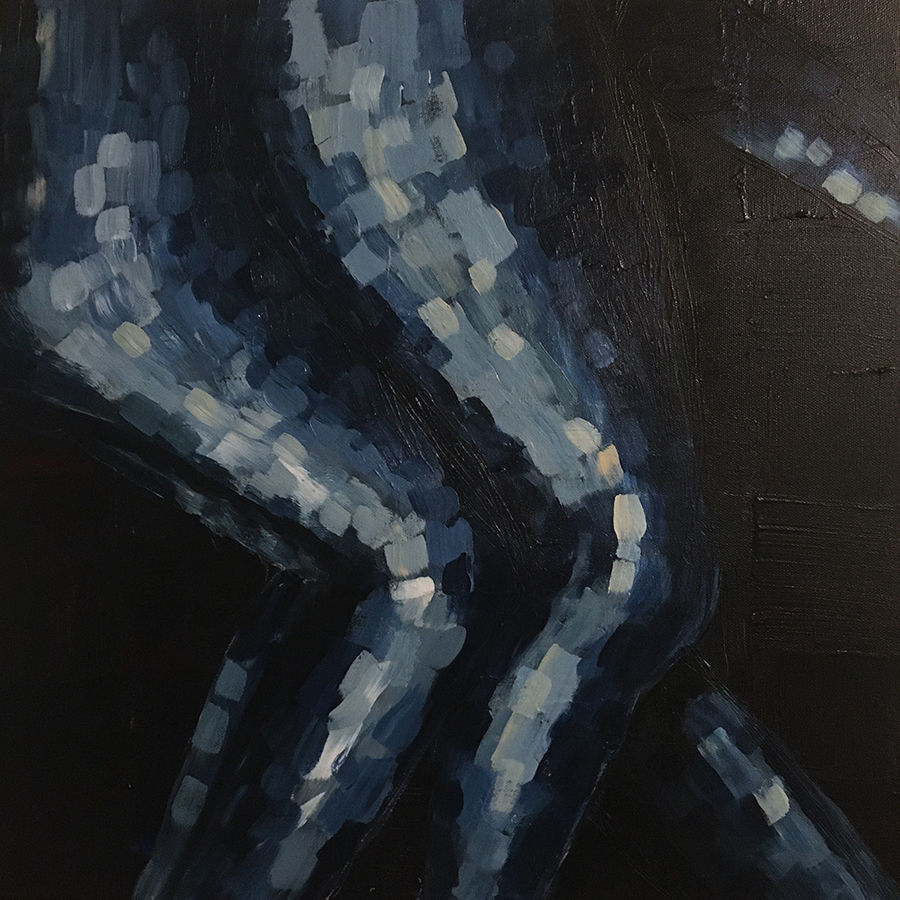 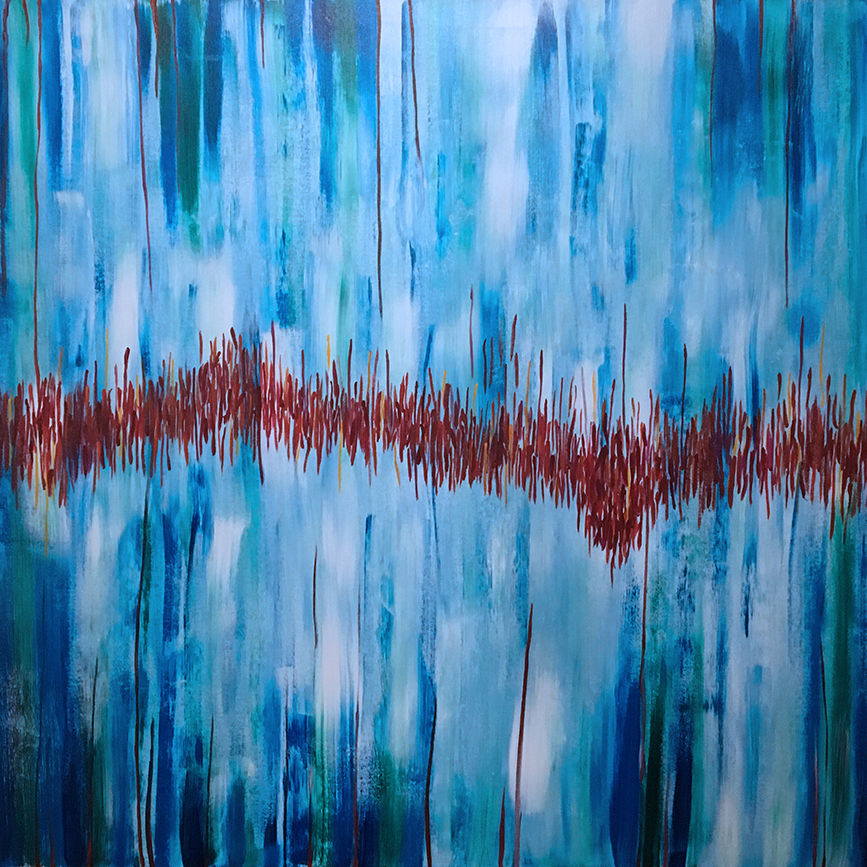 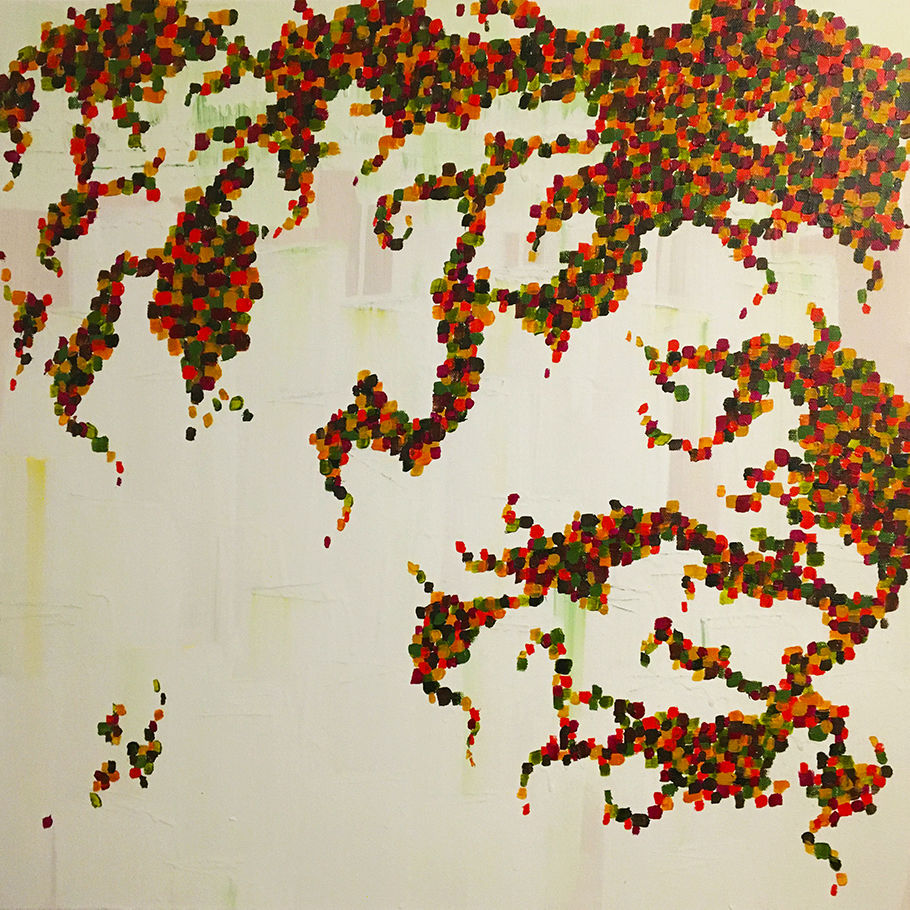 Gretchen Weiss-Brooks has quickly fine-tuned the art of saying truths in micro-stories a page or two long. Weiss-Brooks, a Rasmuson Foundation Individual Artists Award recipient, will be previewing her upcoming book, Tidbits, as both, a work and a process that connects her experiences to the community. Tidbits is a collection of 30 to 40 micro-stories, or flash fiction that will be accompanied by visual art works in the form of photography, acrylic paintings, and sculpture.

Telling one’s story is difficult, no matter the media; telling one’s story in a way that quickly connects with others is even more so. Flash fiction or flash writing is characterized by its brevity, usually under 1,000 words, and the author’s ability to engage the viewer at just the right moment. That moment allows him/her/them to get a sense of a larger story or truth. Weiss-Brooks wrote such a piece back in February of this year. The piece was about her miscarriage.

After she wrote it, Weiss-Brooks shared the piece on Facebook and realized from readers’ feedback that her experience resonated with others because while miscarriages are very common, talking about them is not. According to Weiss-Brooks, “They [people] were coming out of the woodwork, and they were thanking me for sharing a piece of writing that spoke to an experience that they had had and had never been able to talk about or share. It was then that I found out how taboo it was for women to speak out about miscarriages and how frequent they actually are, how much people just take it and keep going.” Writing that piece opened up possibilities and gave Weiss-Brooks impetus to keep writing about her experiences.

Tidbits goes beyond fiction, into a loosely woven memoir presented in snapshots of memory. Weiss-Brooks memories will especially speak to readers in Alaskan and beyond, as she explores place, gender, family, and other ubiquitous experiences.

“I was fortunate to have been a child growing up on the edge of the wilderness as Anchorage, a small boom-and-bust town, grew into Alaska’s urban center. This work offers an immersive experience of recent history. Sharing my micro-stories or flash nonfiction has revealed the magnetism of sharing seemingly small moments of experience. Listeners and viewers express that they see themselves reflected in the work, even when the specific moments captured may not be their own. Ultimately, I would love to have these works encourage others to tell their own stories,” writes Weiss-Brooks. In stories like On the Rocks, about a caribou herd, Weiss-Brooks writes:

Dad whistled again. A sound I had never heard from the gruff and isolated man. Gently he walked confident over this piece of landscape, with his long strides and open chest. His gun stayed loosely slung from his shoulder, unused; he let them all know there would be no death from our human hands that day.

Taking my cue, as always, from him, I relaxed as well.

The story is a beautiful example of those moments that are truly Alaskan but universally understood. Tidbits is still a work in progress, thus the final number of stories is still unknown, but Weiss-Brooks seems to be in the right space to seize moments when the stories emerge or “fall out”—she jokes that she’s been writing them down as soon as they appear and on whatever surfaces are around her, even the back of tissue boxes, and once even on her arm. Weiss-Brooks is in conversation with the Alaska University Press to publish Tidbits but the details are still to come.

Readers and viewers will have an opportunity to engage with Weiss-Brooks and Tidbits on two different occasions this month: On Saturday, November 16th at 6:30 p.m. Anchorage Community House will be hosting preview reception with selections of art and writing on display and live readings by Weiss-Brooks. Weiss-Brooks, who has a background in graphic design, says of the installation that, “By creating these little spaces, it sets up the room and the mood so that each story has its own breadth, its own chance to exist without competing with the one next to it.”

On Sunday, November 24th at 2:30 p.m. Anchorage Community House and Weiss-Brooks will host a community flash nonfiction writing and art event. Participants will be invited to a quick lesson on producing micro-stories, followed by time for producing their own work that will be combined into a group digital ebook.

There will be some basic supplies available but participants should bring their own.