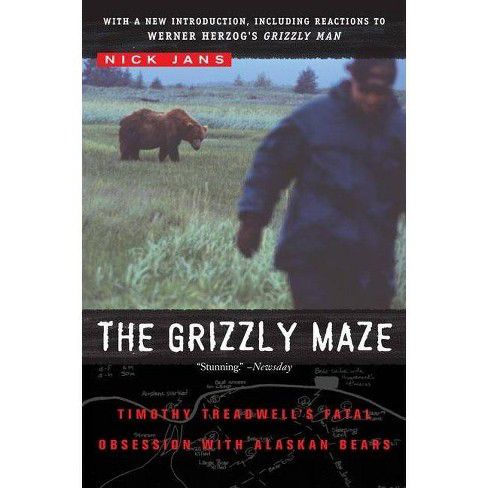 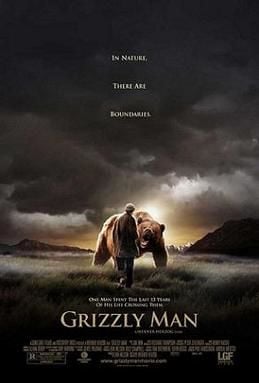 When self-styled bear researcher Timothy Treadwell and his companion Amie Huguenard were killed and eaten by brown bears in Katmai National Park in October of 2003, Alaskans responded with the typical scorn they heap on Outsiders who stumble into trouble in the state’s wildland areas.

In some senses the abuse was warranted. Treadwell, an often flaky filmmaker from California, had spent thirteen summers living in the midst of a dense population of coastal bears, coming dangerously close to them and repeatedly violating many other accepted practices of safe behavior. He anthropomorphized the animals to no end, naming many and, in his mind, developing familial relationships with them. During winters he ran around the Lower 48 hungry for publicity, while raising funds for his ventures with patently false claims that the park’s bears were threatened by poachers without his presence.

Following the attack he was savaged in the state’s newspapers, and his chances of faring well with any Alaska writer seemed even more remote than Kaflia Bay, where he died. Thus Treadwell was fortunate that the Alaskan who did chronicle his life and examine his death was the well-established author Nick Jans. In his 2005 book, “The Grizzly Maze,” Jans accomplished the difficult task of offering a sympathetic account of Treadwell the man, while harboring no illusions about the series of avoidable errors he made that resulted in the violent deaths of himself and his girlfriend, as well as two of his beloved bears during the subsequent process of recovering human remains. The book, which should have sold better than it did nationally, remains an essential Alaska read for several reasons.

Jans acknowledges early on that the Treadwell he learned about through the reminiscences of others is someone he came to like. Indeed, it seems most people who dealt with Treadwell during his Alaska years, even those who thought he was a kook, felt that way.

From that starting point, Jans retraces Treadwell’s troubled early life and follows him to Alaska, where he discovered bears and the calling that would ultimately be his demise. When recreating these years, including Treadwell’s decade-plus of summers in Katmai where he had more conflicts with Park Service than with bears, Jans adopts a present tense narrative. While unusual for a nonfiction book such as this, Jans’ approach achieves a couple of important objectives. Although no author can fully remove his or her biases from their work, presenting the story as much as possible in this form keeps it focused on facts. It also brings the horrifying attack, the audio of which was caught on a video camera with its lens cap on, vividly real.

The chapter detailing the attack comes just short of midway through, an indication that “Grizzly Maze” is not just a book about Treadwell, but one that expands out in several worthy directions, with the mauling as the pivot of the story rather than its climax.

Jans spent the year following the event visiting the site (he arrived just days afterward and had a terrifying encounter of his own with one of the resident bears), interviewing those who knew Treadwell, reconstructing his life and death, closely following media coverage, and, most importantly for this book, doing background research on bears and their history with humans.

The book’s second half offers a nuanced look at how Alaskans viewed Treadwell. While some media reports are quoted, the best responses come from two knowledgeable sources on bears. One of them attacks Treadwell without mercy, the other considers him far more skilled than he was given credit for. Jans lets each explain their polarized positions in their own words, opting not to editorialize and letting readers decide for themselves who they agree with.

That said, looking at the full breadth of Treadwell’s experiences, and not just his brutal demise, Jans builds a good case that under normal circumstances, bears can be remarkably tolerant of humans. It’s a position backed by data he cites in the afterword showing the rarity of bear attacks. The lengthy and detailed summary closing the book focuses primarily on the research of Canadians Stephen Herrero and James Shelton, both of whom have done valuable work. From this Jans offers his readers information on avoiding conflicts with bears, as well as telling them what actions could save their lives in an attack. Important information that every Alaskan should know.

Ultimately, this book is about bears themselves. At the time he wrote “Grizzly Maze,” Jans was transitioning from hunter to photographer, and his environmental and wilderness preservation views were becoming far more pronounced than they had been in his earlier writings. After touching on the role bears played in traditional societies, and discussing the near extermination of grizzlies in the Lower 48, he concludes that habitat maintenance is the only hope for grizzlies. This is a fact Treadwell, focused on his perceived belief that poaching of Alaska’s bears was the bigger problem, didn’t seem to fully grasp.

In Jans’ writing career, “Grizzly Maze” marked a turning point. He shifted from primarily being an essayist to writing narrative nonfiction, and he became more of an advocate than he had been for keeping much of the state wild. And in opting to focus as much on bears as on Treadwell himself, he honored Treadwell’s passion, finding his way into an understanding of his subject that displayed the man in all of his complexities, and offered readers the lessons that can be gleaned from Treadwell’s life and death.

Presented with a story that contained no shortage of opportunities for taking the easy road by either subjecting Treadwell to a literary mauling equivalent to his physical one, or attempting to glorify him as Jon Krakauer did with Chris McCandless in “Into the Wild,” Jans took the more difficult route of letting what he discovered – both the good and the bad - drive his account. This is why “The Grizzly Maze” remains an essential Alaska read.

Freelance writer David A. James of Fairbanks is editor of a forthcoming anthology of post-millennium Alaska writing.