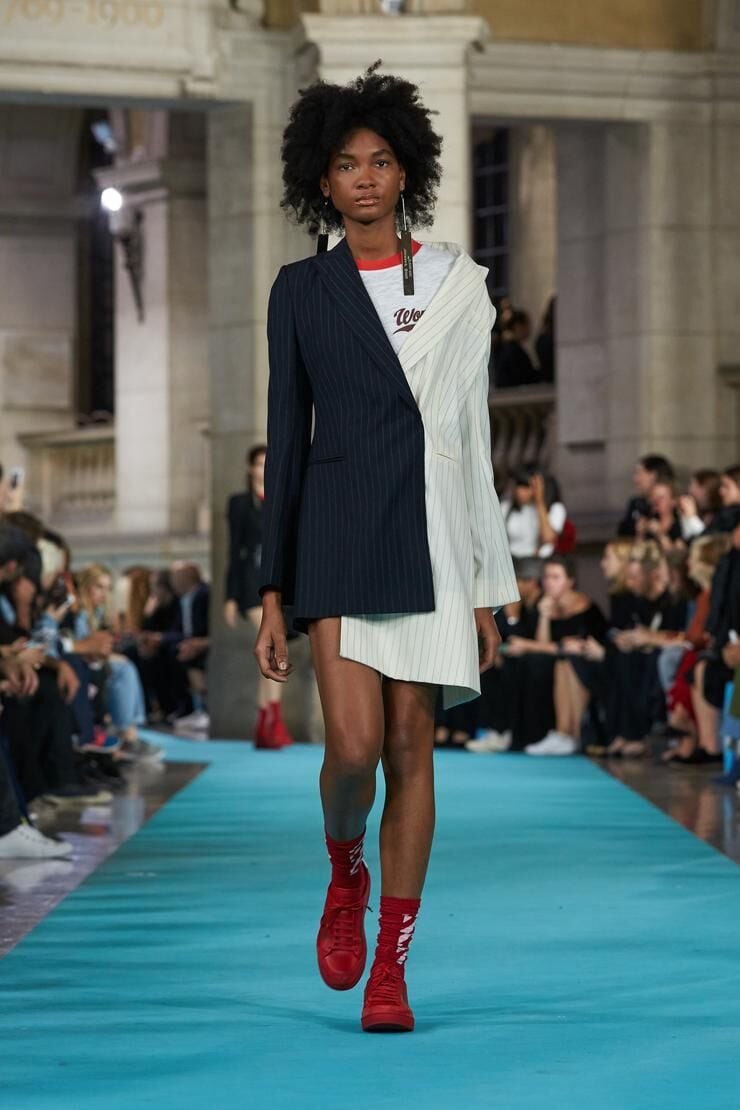 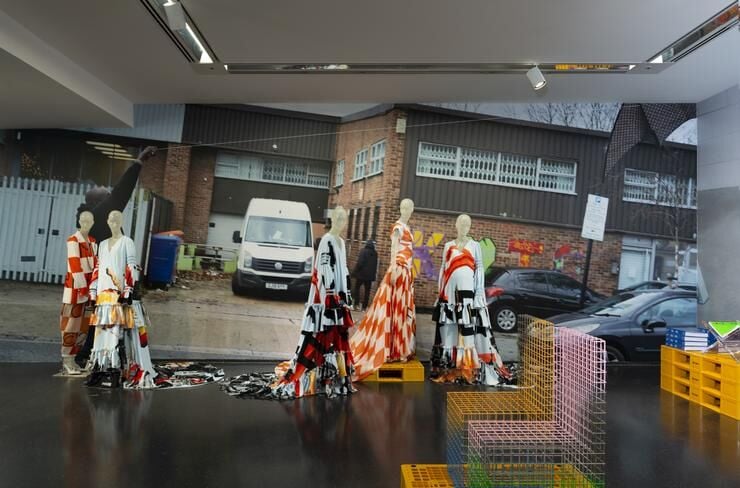 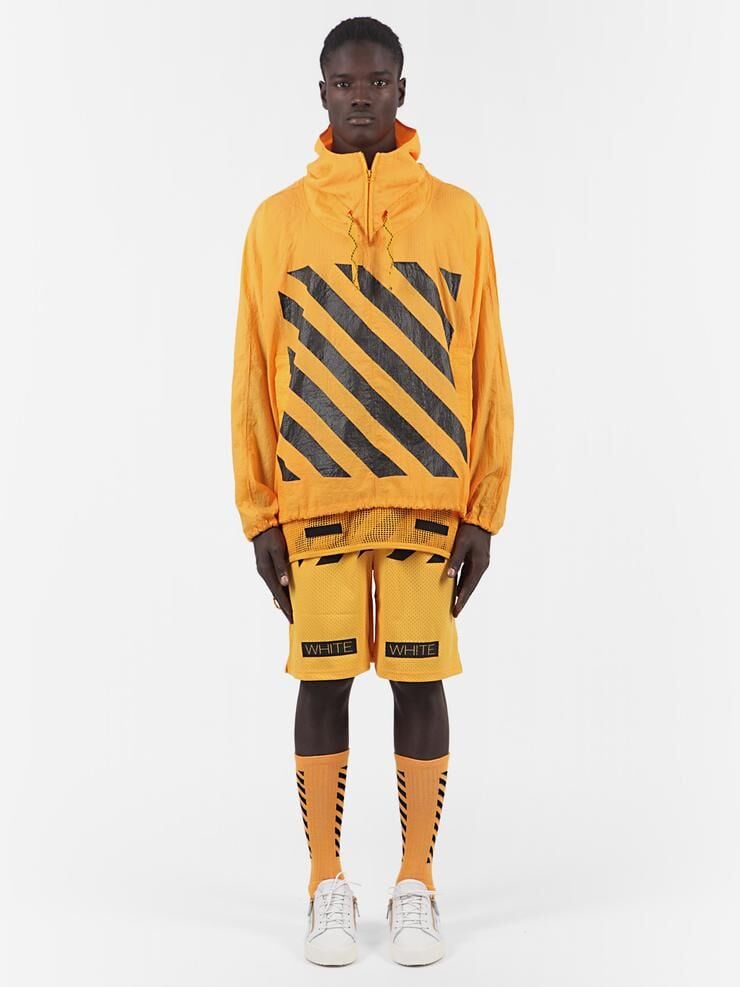 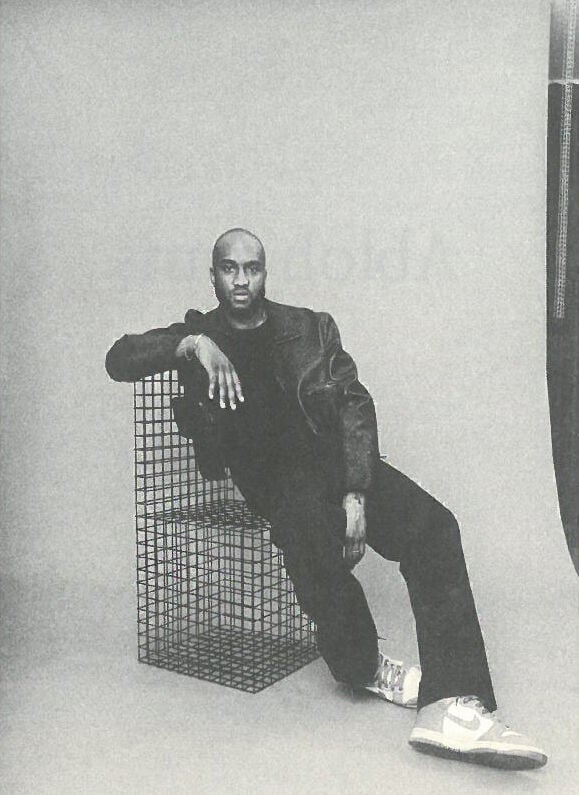 Impressionist paintings and murder mysteries are established genres.  Going back to Aristotle, academics have debated the human need for categorizing, suggesting it relates to Earth’s cyclical seasons.

What if you went to a museum to see a Monet exhibition and it had been replaced by Remington’s cowboy art?  What if you climbed into bed with a Sherlock Holmes tome, only to open the cover and discover it’s a dictionary?  OK, what if you settled into a front row seat anticipating Beethoven, and the orchestra staring blasting ‘Fun, Fun Fun’ by the Beach Boys? While it’s true, symphonies will add a ‘pops’ concert to their seasonal repertoire, as a fundraiser, that has been the extent to which classical concerts deviate.

During the recent presidential campaign VP-elect Kamala Harris was seen wearing sneakers.  While some took her to task, celebrities like Michael Jordan have profited from the Nike Air Jordan, slam dunked off the basketball court.  This reporter was chastised by Justice O’Conner for wearing trainers to an Alaska Bar Association cocktail party—maybe I would have gotten a pass wearing multi-thousand-designer gym shoes?

According to Amanda Petrusich, when Grammy nominations came out in November, “Justin Bieber expressed displeasure with the way his music had been identified by the Recording Academy….It’s difficult to imagine a Grammy ceremony that doesn’t rely on genre as its organizing principle….yet genre feels increasingly irrelevant to the way we think about, create, and consume art. Few contemporary stars pride themselves on a pure or traditional approach to form, and most pull purposefully from assorted histories and practices (NewYorker 3/15/21).”  Perhaps genre is a Western concept in need of challenging?

Enter Virgil Abloh (b. 1980) award winning artistic director of menswear for Louis Vuitton, and chief creative director and head designer of menswear, and founder/chief creative director of Off-White, rising to be one of the few Black designers (Warsh 140).  Abloh believes, “The black artist is defining the present, showing this new form of expression in an old space that’s never seen anything like it before (108).” He admits, “Being a black American in Paris fashion, there’s no context for someone like me, no path to follow (60).” He’s experienced hypocrisy, “What are you doing, putting jeans on the runway (60)?”  Did they forget Gloria Vanderbilt (1924-2019)?

The book, ‘Abloh-isms’ ed. by Larry Warsh outlines Abloh’s success story. According to Abloh, “Anyone who has a will to create is an artist….The only failure is not to try (102,104).” While that could be debated, he is modest about his talent and drive.  Abloh was born in Rockford, Illinois; his parents emigrated from Ghana. He reminisces, “I was into DJing, graffiti, hip-hop, skateboarding …. I was a kid that was buying streetwear T-shirts….I considered Prada or Gucci or Louis Vuitton iconic. I loved those brands. I couldn’t afford them, but I aspired to them (4, 8, 10).”  Complying with his father’s wishes, he received a bachelor’s degree in civil engineering from the University of Wisconsin, Madison. He then obtained a master’s in architecture from Illinois Institute of Technology (131,132).   Of note: IIT was started by Bauhaus educators, Mies van der Rohe (1886-1969) and László Maholy-Nagy (1895-1946)) who mixed academics with art and craft skills, which perhaps influenced Abloh to also merge contemporary genres.  He remembers, “I took an intro to art history. That’s when the bulb went off….Fashion was a vehicle for my ideas….it was the easiest subway train to graffiti without a cop in sight….When I started my first brand, I bought hooded sweatshirts on sale from Champion and Ralph Lauren, and I added my logo on top….I consider my practice a modern form of graffiti (6, 38, 69, 75).”

Abloh interned at Fendi. He was art director for the Jay-Z and West album, ‘Watch the Throne’ (132).  He achieved stardom when he founded Off-White, which became, “one of the most sought-after brands in the world, combining ideas of streetwear, luxury, art, music, and travel.” Beyoncé was seen wearing this apparel. And in 2015, Off-White was “nominated as one of the top eight finalists for the LVMH Prize in Paris (133,134).” Abloh has designed for Nike and Ikea. He’s lectured at Harvard, and Columbia. The Museum of Contemporary Art Chicago gave him a show, ‘Figures of Speech, 2019’ (136). His awards arrive in volleys.

Abloh confesses, “I’m not trying to pretend that I’m inventing something that’s never been seen before. My work exists because I’m inspired by the work of others…. design is about whatever I find is worthy to tell a story about (12, 31).”  Some of his breeziness towards re-working other artists’ ideas has been questioned.  He justifies, “The generation in New York City just before mine was one where the ideology of Pop-art was crashing together with Conceptual art right at the same time –and they were in turn building on the legacy of the previous generation (18).”

He credits Instagram with giving him a platform saying, “When I started, I couldn’t beg a fashion writer to write about my project. But with Instagram, I took an open-source tool and made it my magazine….My brand started in the streets and the alleys of the internet (20,107).”

Abloh believes fashion “should be politically aware (26).” As a believer of collaboration he, together with Jenny Holzer (b. 1950), designed t-shirts for Planned Parenthood.  He asserts, “I’m interested in random kids from the urban city, middle America, black kids into skate boarding and graffiti, but who want to participate in fashion, in the art world…. I’m trying to inspire a generation of kids who largely weren’t taught to believe that you could do these sorts of things (98,111).” He affirms, “{[Streetwear is]} an extension of a way of thinking about the physical world, and it’s a way of making. It started from skateboarding, graffiti, street culture –but over time, it has risen into a global movement within young people (28).”

Abloh purports,  “the history of fashion is important, but you can’t say this dress that comes down the runway has relevance to the…. homeless person, the regular person walking to their nine-to-five job….There are so many clothes that are cool that are in vintage shops and it’s just about wearing them. I think that fashion is gonna go away from buying a boxfresh something (31, 37).”  He admits, “the consumer is more important than the gatekeeper: that is why streetwear has become so popular even in high fashion (33).”

It could be argued that some of Abloh’s thinking is fanciful. Becoming a celebratory designer for Louis Vuitton, even when continuing to be inspired by what’s worn on the street, has elevated his art beyond the ready-to-wear sector.  None the less, he deserves a standing ovation for rising to creative prominence without help from legacy parentage, and has shattered genres while helping to eradicate racial barriers.

Oblah surmises, “I am inherently linked to the time that I was born into, a time rooted in contemporary art and subcultures of hip-hop, skateboarding, and graffiti….It’s important that I have the ability to design products that can affect change or feel like a good contribution to the world at large  (55, 83).”

Jean Bundy is a writer/painter in Anchorage. She serves on the board of AICA-International and shows her art at Pleiades Gallery NYC.