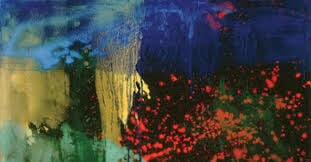 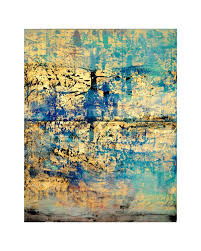 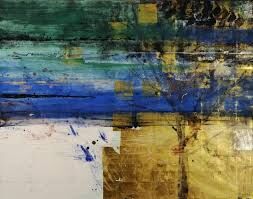 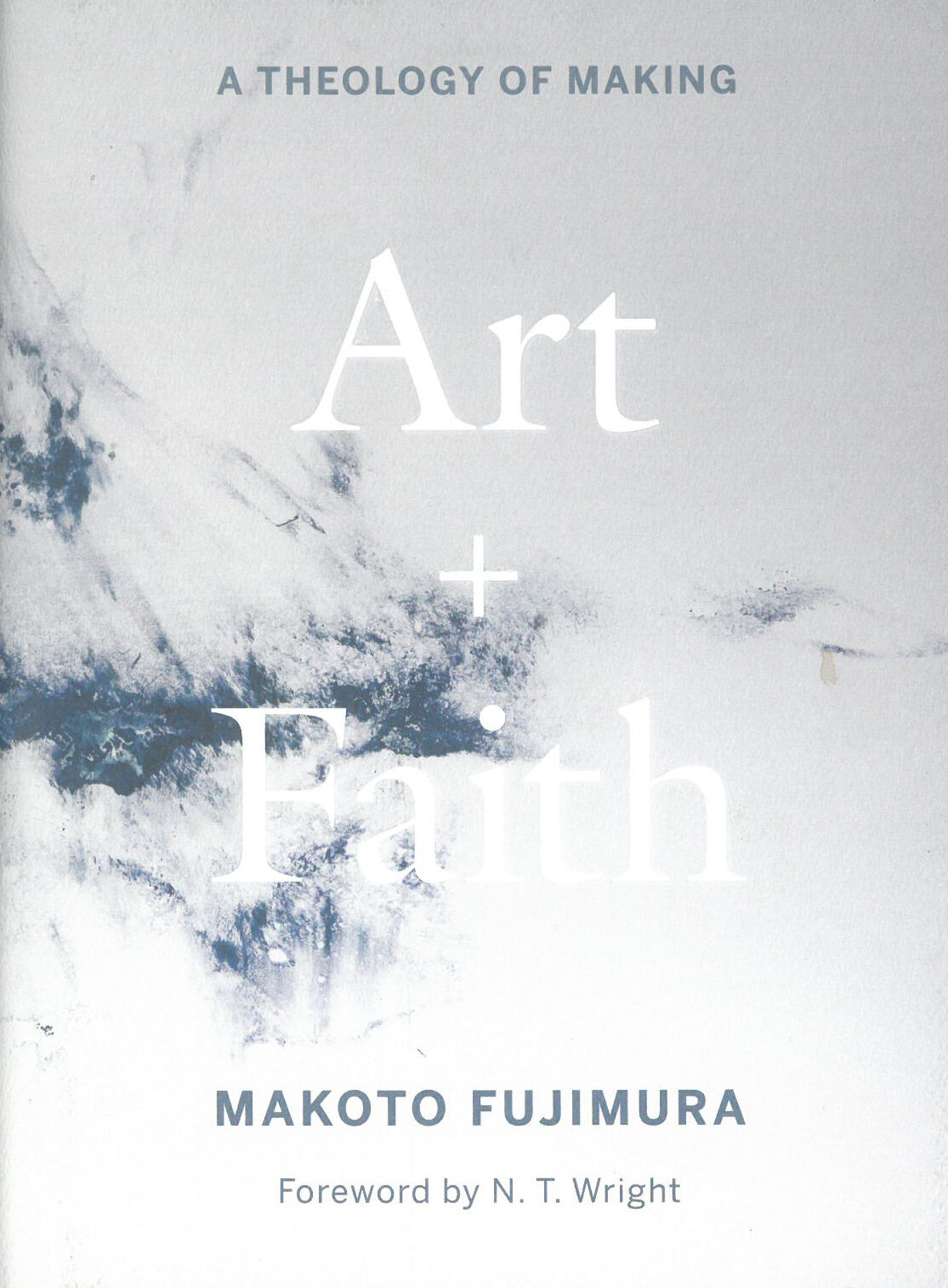 Most artists are not devoutly religious yet do feel a spiritual connection to ‘Place’, whether in their studios or strolling through art venues. Since the Post-War period, museums have burgeoned and become aesthetic temples, much like cathedrals of the Romanesque/Gothic era. In the Middle Ages, paintings and sculpture carrying Biblical narratives were financed by Catholic institutions which solicited monies from nobility with the promise of life-eternal. The 1830 ‘Belgian Revolution’ which officially split the Netherlands into Belgium and Holland, saw how Catholic machinery subsidized artworks. This division, which began earlier, can be imagined in the workshop of Belgium’s Rubens (1577-1640), the ‘Henry Ford’ of painting, who gained wealth with his assembly line renderings of cherubs and angels, versus Protestant free-market Amsterdam’s Rembrandt (1606-1669) who was frequently insolvent.

Makoto Fujimura (b.1960) was born in Boston, graduated from Pennsylvania’s Bucknell and did graduate studies at Tokyo University of Fine Arts and Music. In addition to being a painter granted numerous awards, Fujimura has collaborated with musicians, advised Martin Scorsese on ‘Silence, 2016’, and was appointed to the National Council on the Arts, 2003 by George W. Bush.  Fujimura’s book ‘Art+Faith, A Theology of Making, 2020’, explains how Christian beliefs influence his creative process. Whether you are an artist justifying time spent creating, or a viewer perplexed why art is relevant, Fujimura, as complex as he is, shows readers how Making through religion, is an important component of life.

According to Anglican theologian N.T.Wright (b.1948), “it has been fashionable among the Western art community to ignore or scorn faith of any sort, particularly faith in Jesus as Lord. I don’t know whether this long-standing prejudice has come about because of young artists reacting against the earlier and powerful traditions of Christian painting, or because of the shallow and trivial versions of Christianity that many people in our day have encountered (vii).”

Fujimura agrees, “Imagination, like art, has often been seen as suspect by some Christians who perceive the art world as an assault upon traditional values. These expectations of art are largely driven by fear that art will lead us away from ‘truth’ into an archaic freedom of expression (5).” Fujimura believes that God is the first ‘Maker’, “the ultimate ‘definition’ of the artist’ (13). At times, it’s hard to decipher whether Fujimura truly believes in stories like Adam and Eve as fact or merely metaphorical myth.

He writes, “Our creative intuition, fused with the work of the Spirit of God, can become the deepest seat of knowledge, from which our making can flow (15).” Certainly, creative intuition has to come from somewhere, however, many artists feel ideas come from experiential living and keen observances. Fujimura continues, “Nature can be a door to the imagination, but it cannot, by definition, transcend the boundaries of the natural world (6).” Well, maybe, but imagination and intuition have taken humanity extraordinarily far, with or without religion.

Fujimura writes, “the first wall of resistance that the creative process runs up against is our contemporary Western cultural concept of ‘usefulness’” which is one of the great dilemmas of being an artist who makes items of beauty (15). When in a museum or gallery, someone is often heard to remark-- that work is pointless! True, street fair pottery is often bought before wall art. Fujimura references Emily Dickinson (1830-1886) whose contemporary editors rearranged her prose, removing useless ‘dashes and hyphens’ complying with the style of the age. Fujimura poses, “Could it be that our affinity for the utilitarian pragmatism for the Industrial Revolution created a blind spot in culture that not only overlooks great art, but if purity of expression is compromised could also lead us to reject the essence of the gospel (17)?”  Ok:  I don’t think avarice or inhumanity originated with the Industrial Revolution, or made non-believers either. William Wordsworth’s (1770-1850) poem ‘The World Is Too Much With Us, 1807’ writhed against evils of the time, and lingers as a Global Warming anthem.

Fujimura’s book invites non-believers to consider his philosophy, “Even a non-Christian creating must have some sense of hope or it will not be possible to create into a future audience that will have a future encounter with that work of art (32).”  He presents, “The essential question is not whether we are religious, but whether we are making something…. Art is another way of knowing the world (24).” Fujimura describes attempting a Chef Jacques Pépin omelet, realizing “Jacques Pépin’s omelettes are better than mine because of his taste of a lifetime of knowing and loving the omelette-making process….there is a huge gap between informational knowing and the actual knowing of making (61, 62).”Fujimura, never far from his credence, relates, “Our creative intuition, fused with the work of the Spirit of God, can become the deepest seat of knowledge, out of which a theology of the New Creation can flow (25).”

Fujimura’s practice is rooted in, “Nihonga, the Japanese style of painting [which is] part of the historical ecosystem of care and nurture of culture that the Japanese have cultivated for more than a thousand years, an integrated way of making that affirms the beauty of nature (37).” Japanese artists are known for their homage to Nature, which they painstakingly study.  Fujimura insists, “Every art recognizes that the work must be broken to be made new again. Minerals must be pulverized. Characters of a play must be tested beyond bearing….A dancer’s body will be broken over and over again for that one miraculous leap (45).”  His fascinating paradigm is, “Kintsugi, the ancient Japanese art form of repairing broken tea ware by reassembling ceramic pieces, [creating] anew the valuable pottery, which now becomes more beautiful and more valuable than the original, unbroken vessel (43).”

‘Art+Faith’ is at times disorganized musing, packed with too many fragmented concepts. That’s not to say the book isn’t worth several reads to find Fujimura’s extraordinary insightfulness, which will expand an artist’s or art lover’s horizons.  Fujimura concludes, “Perhaps, I ask as an artist, being an artist is not an anomaly to faith, but is central to faith…. and in order to understand the fullness of God, we all must think, act, and make like an artist. Artists can lead in to the rediscovery of the central purpose of our being to make (87).” As an artist, you don’t have to be religious, but you do have to find a reason to ‘Make’. According to scholar Lewis Hyde (b.1945), “works of art exist simultaneously in two ‘economies,’ a market economy and a gift economy. Only one of these is essential, however: a work of art can survive without the market, but where there is no gift, there is no art (66).”

Mini Sleuth: ‘Art+Faith,  A Theology of Making’ by Makoto Fujimura is on Amazon.